E is currently out having her practical driving test and so, in an attempt to distract myself, I thought I'd upload some of the photos from this last week.

Remember the little duck with the damaged beak? Well, when I phoned the vet for an update the following day, the receptionist informed me that they had decided that the kindest thing was to put her down - kindest for whom?! As I'd spent the evening before googling ducks with damaged bills and learning that they can indeed be repaired with the resin that dentists use, it came as a bit of a shock. E and I were very upset but R was downright livid. She was so sweet and he felt that she had trusted us to care for her and that we had let her down badly. The last thing that we said as we dropped her off was 'please don't put her down'! She didn't seem to be in any pain and was capable of eating from a cup so we would have been happy to hand feed her until something more permanent could have been be arranged. Sadly, she never had that chance. At least we now know who not to call  if there is a next time.

There have been a few happier moments this week:
Patchwork stars and a coffee in front of a lit stove: 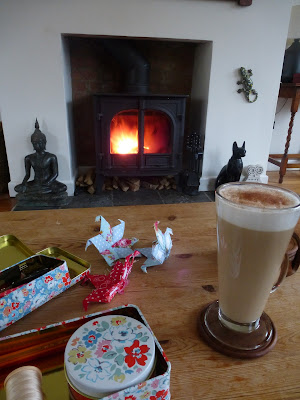 Making more of Deliciously Ella's energy balls - L and I can get through these at a fair old rate! 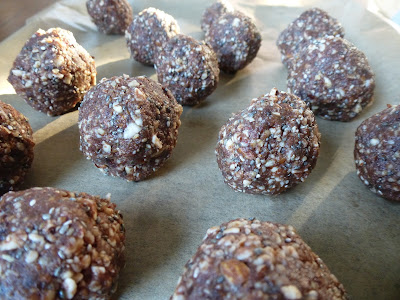 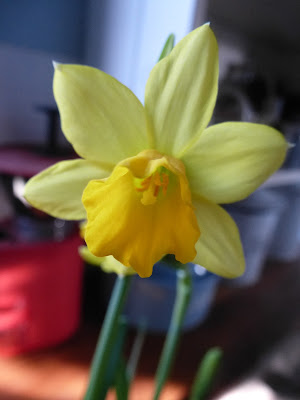 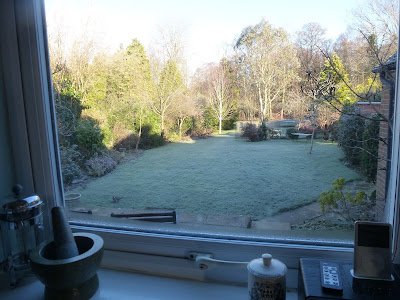 Finally getting around to backing my seasonal primitive stitching. Now I just have to decide where to hang them! 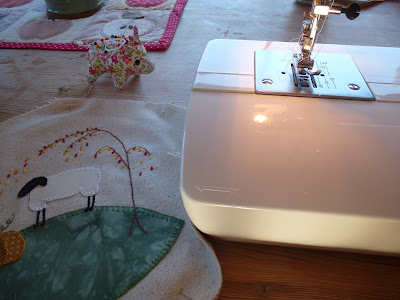 A trip to Oxford. Now that L has graduated, I don't get here very often and found that I was missing it. It's only 25 minutes away, so Thursday saw me beetling up the A34 for a day trip.
The famous Radcliffe Camera - they manage to walk round this several times in each episode of Lewis! 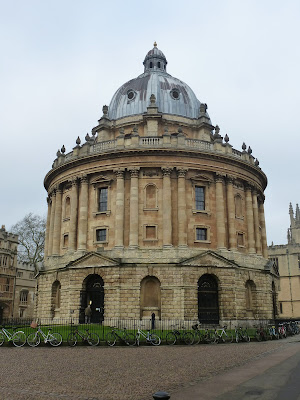 A view from Magdalen Bridge: 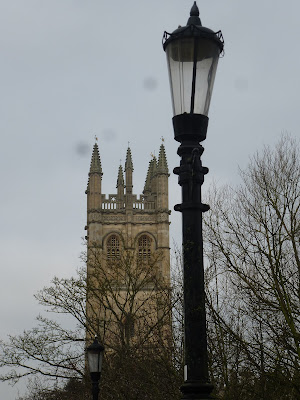 Annie Sloan's shop on the Cowley Road. I went in for a nosy round and nearly bought some paint before deciding that I didn't fancy carrying it round for the rest of the day. I can always get some from the stockist in Hungerford instead. 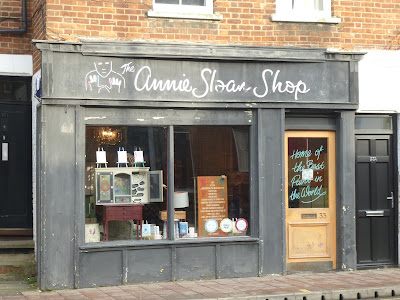 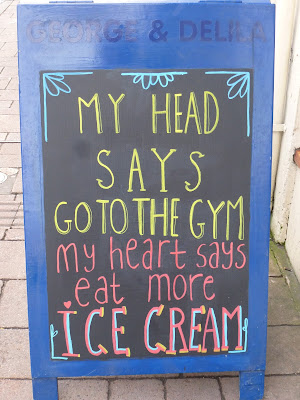 My little haul for the day. The books were a pound each from the Gloucester Green open market and the green papaya and black cardamoms (which I've searched for for ages) were from an Indian supermarket on  Cowley Road. It's the place in Oxford for ethnic ingredients and charity shops and I love it! 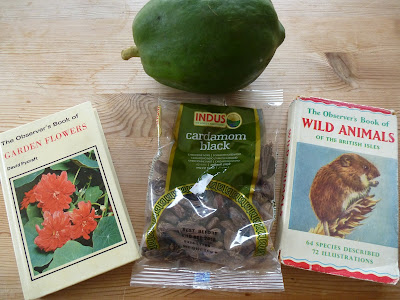 More daffs of the bigger kind: 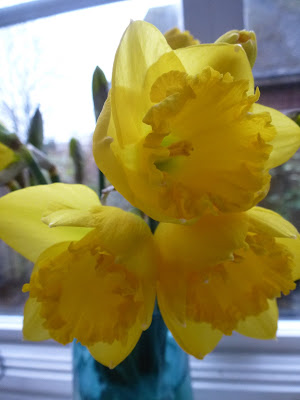 Making a cushion with some of the fabric that E bought me for my birthday: 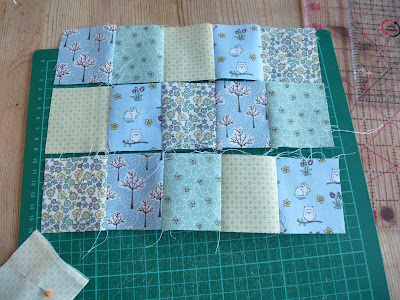 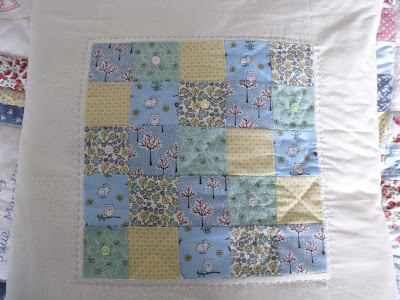 Here's the finished article in situ: 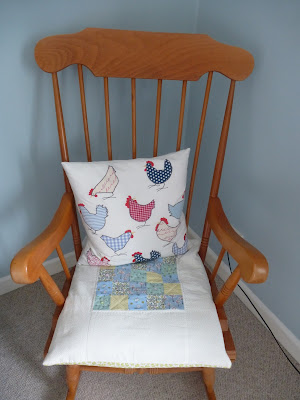 I'm still debating over whether or not to paint that rocking chair. I think it would look much better as I dislike that orange pine, however the only thing that's stopping me is the smell. Either the wood itself or the varnish has a pleasant, very characteristic smell which transports me straight back to when the girls were babies and being rocked there. I'd hate to lose it by covering it with paint so, for the time being, I'm sticking with the orange.

That's all for this week. E should be back anytime soon and, to be honest, it could have gone either way. I'm keeping everything crossed!

Have a happy week.
Toodle Pip for now. x

Posted by VeggieMummy at 03:15