Hello there! Happy 2016 to one and all. Well, here we are, safely on the other side of another Christmas, I hope you all had a good one. It seems ages since my last post, so apologies in advance if this one is a bit on the photo heavy side. Our Christmas was relatively quiet - just the 4 of us. L's boyfriend, J, then joined us from my birthday until just after New Year. A bit of crafting was done, a few Christmas films watched, a few walks taken and a lot of food eaten - I know what one of my resolutions is going to be!
R had a week off work and actually did a bit more of the bathroom. This is a bit of a long running saga - he ripped out our old bathroom, just as L went to uni. Well, over 3 years and one Law degree later, it's still not finished! To be honest, I don't even notice it anymore, so it's always a bit of a surprise when he does a bit more. Don't get too excited though, we're not there yet and by the time it's all done, the first bits he did will probably need redoing! Hey ho.
I'm nearly at that point where I can breathe out - I think I've mentioned before that this house sees 4 birthdays plus Christmas and New Year, all within a period of 6 weeks. Well, there's just E's birthday to go and then I can relax. Her birthday is on Monday but R and L are back to work/bar course then, so we're having her birthday trip tomorrow. Then, there's just the day itself and a party to organize and I'll be done for another year.
Anyway, here are a few photos of the festive period: 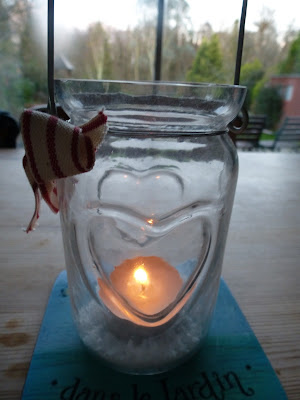 Digging out the old eggnog recipe: 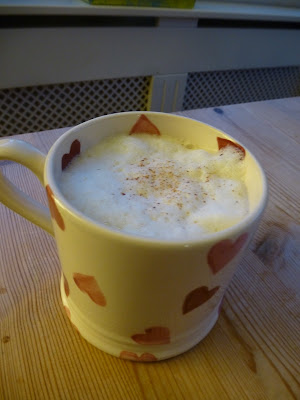 Given that R paid for me to join a new gym when my old one closed down, I was only expecting a card for Christmas and my birthday. Lucky me though, I had presents too!
A lovely cinammon candle from E: 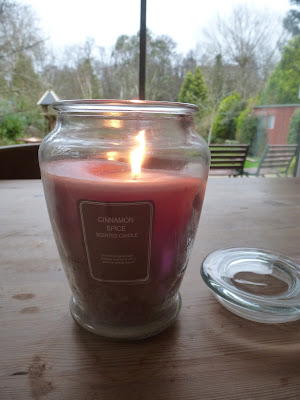 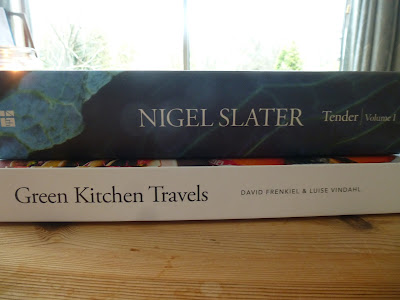 They had beetled off to Hobbycraft and there were fat quarters from E and Hamish! 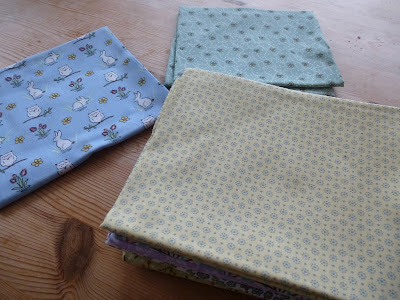 I had wanted to add needle felting to my fifty list but never got round to it, so this was perfect: 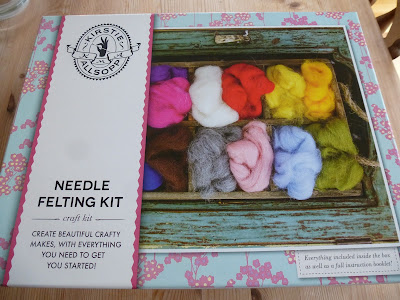 And my Christmas present from R was a nutribullet, which makes my breakfast smoothie making  much nicer and so much easier to wash up afterwards! 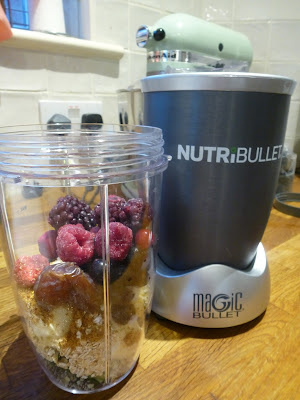 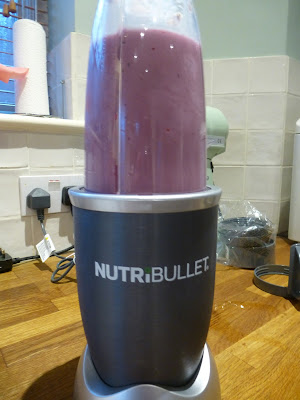 Our Christmas day walk was our usual one up to see our beloved castle: 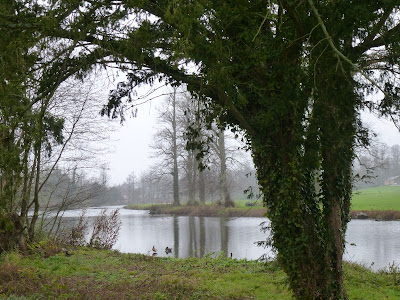 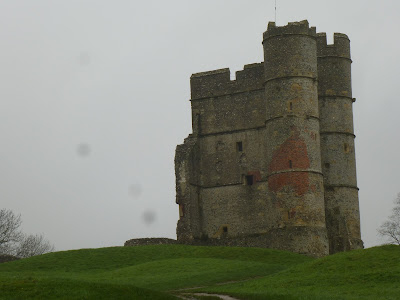 For my birthday we were lucky with the weather and went on another winter picnic. The walk starts along the Kennet and Avon canal. I love narrow boats and the smoke coming from this chimney made it seem so cosy: 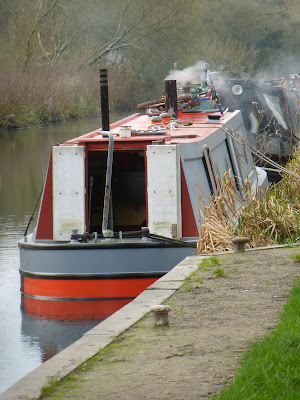 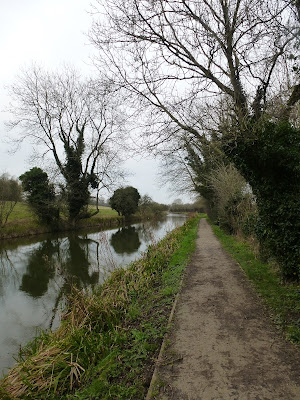 The ground was rather wet, so we had our picnic on a convenient bench: 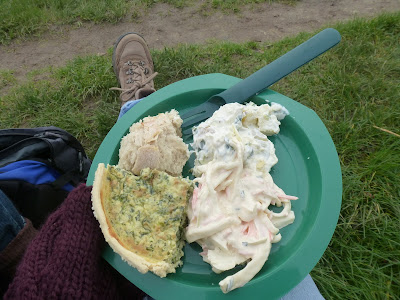 Then on over the beautiful stone bridge: 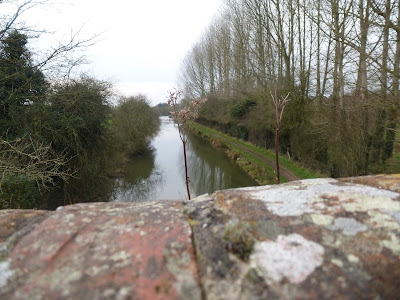 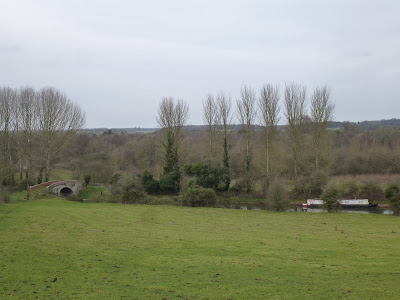 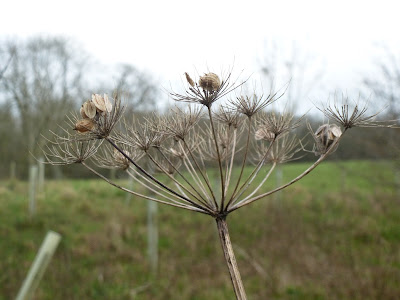 Past this fantastic tree house. There was even a spiral wooden staircase leading up to it. I did wonder if it was for children or if a writer used it. Wouldn't that be lovely? 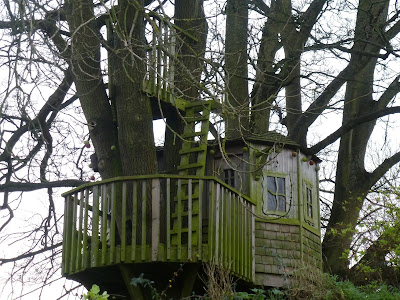 Saying hello to the alpacas: 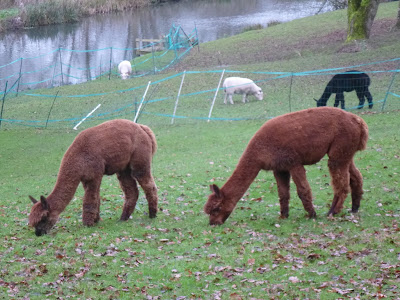 .... and then back home for some of this. I did finish another hat, this time for E, but haven't taken a photo yet. 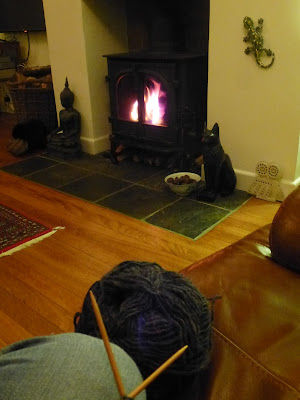 Watching Fergus hold his own against a young interloper! 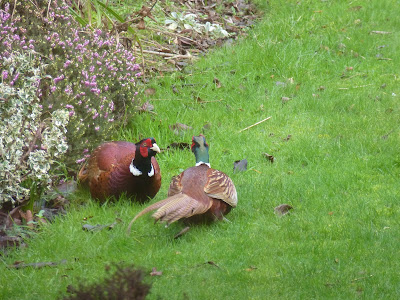 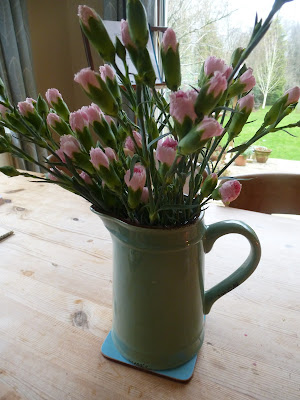 A trip here on the way to dropping J back off at Oxford: 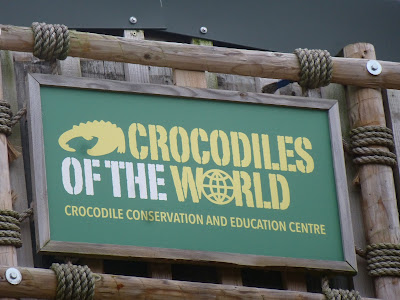 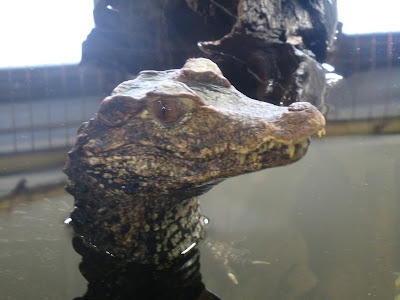 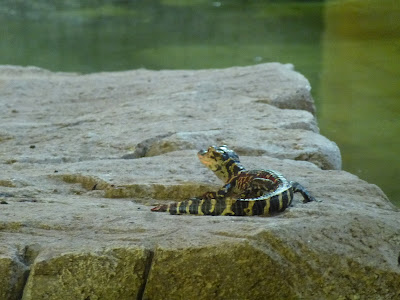 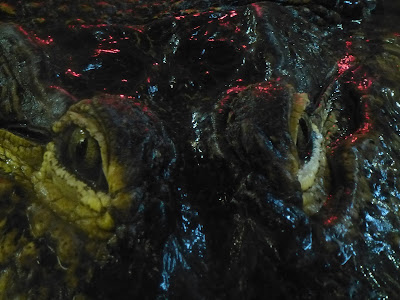 Some aspects were nice as they seemed to be breeding quite happily, and some of the crocs had been rescued from places where they didn't have room for them and the only alternative would have been to put them down. Some of the larger ones, however, didn't seem to have an awful lot of room and it was all a bit guilt inducing.

Then we stopped for a pub lunch here: The Boot Inn in Oxfordshire: 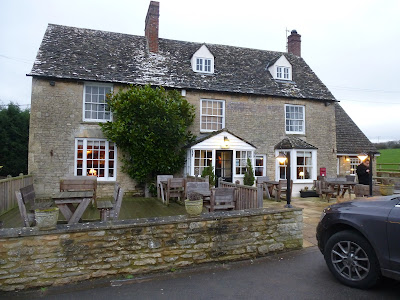 Various people had been persuaded to donate a shoe and a bit of information about it. There were shoes from celebrities, sportsmen, politicians etc. We sat by this one: 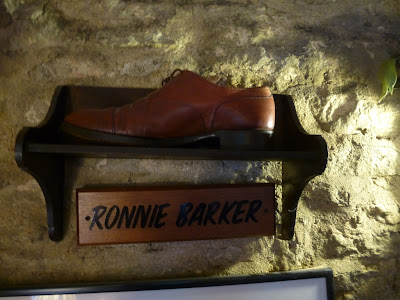 There wasn't a huge choice of veggie stuff and it was a tad expensive but very nice. I had a red pepper crepe with  ricotta, avocado and pesto: 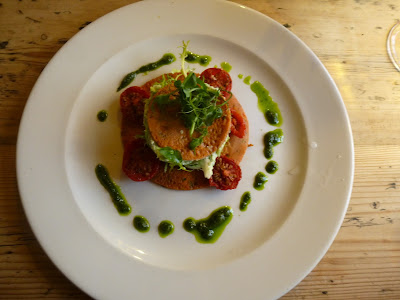 R and I then shared a ginger and lemon steamed pudding with creme anglais - sorry, we had started it before I remembered to take a photo! 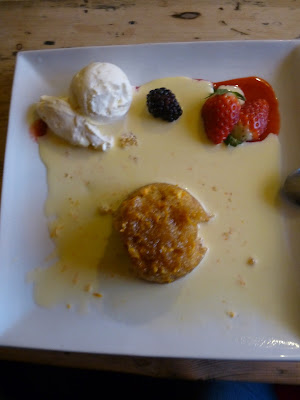 So, that's been our festive period so far. If you managed to make it to the end - tick v.g. and have a gold star! Today I'm planning to take down the Christmas decorations - I like to have them down by E's birthday and, as we're in London tomorrow, today's the day - I can't wait!
Enjoy the weekend.
Toodle pip for now. x
Posted by VeggieMummy at 23:05