Well, it's been quite a while since my last post and, to be honest, not a lot has gone on around these parts. We have a holiday looming, however, so I thought I'd take a quick half hour and clear my camera. It's a bit of a random mix, but contains things that, if I didn't get them down here, I would forget all about by the end of the year, so I hope you'll humour me.
The weather has been a mix of glorious sunshine and 'you call this summer?'! I've transplanted all my veggies into the veggie patch, but on going down to see the chickens the other week, I spotted a fawn behind our stockade to keep the deer out. I may as well just bang a dinner gong and be done with it.
Other wildlife spotted in the garden:
I really need more squirrel proof bird feeders: 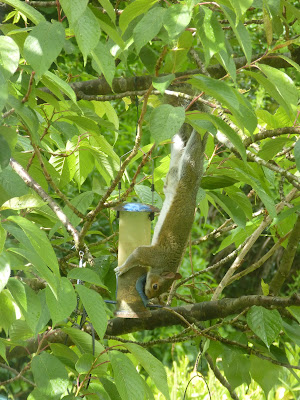 Fergus on the picnic table: 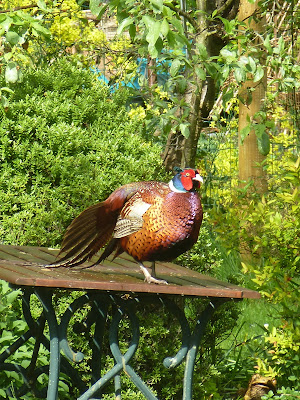 A trip with R to the cinema to see Tom Stoppard's 'Rosencrantz and Guildenstern are Dead'. It was, apparently, the play that made Stoppard's name. The acting was very good, but personally, I didn't enjoy it that much. It was one of those where the first half seemed to go on forever and we were beginning to worry that there wasn't an interval and we were in it for the long haul. The interval picnic was very nice though :) 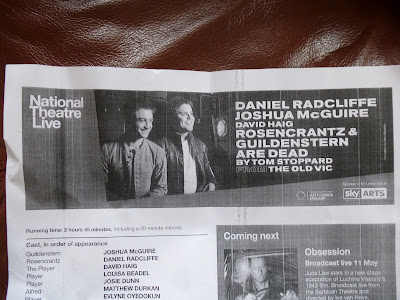 I managed a trip to Exeter to see my friend, S. I decided to go by train, rather than drive and thoroughly enjoyed it. As I booked my ticket early, it was probably cheaper than the amount I would have spent on petrol (which isn't always the case!) and I got to knit, read my book and gaze out of the window at the passing scenery. 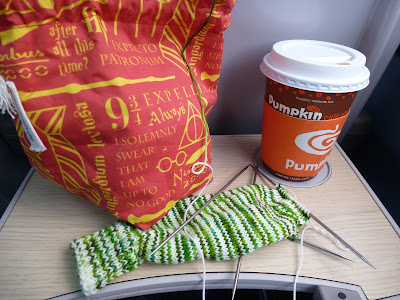 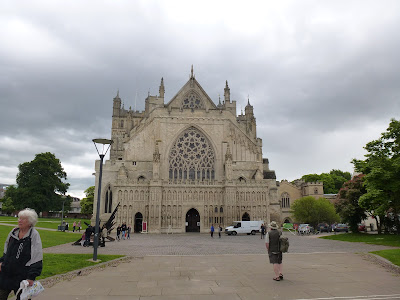 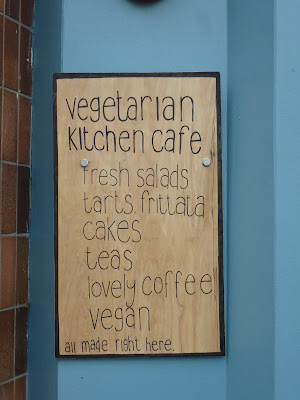 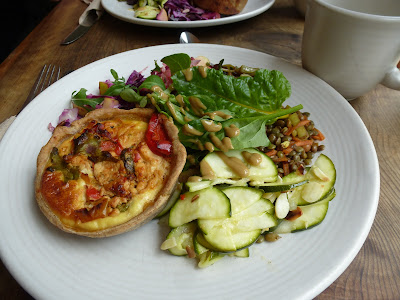 We ended the afternoon with a trip to a little artsy cinema to see 'Frantz' - a black and white film about the war with English subtitles. Apparently, it bloomed into colour at 2 important moments - both of which were entirely lost on me. I was convinced I'd just watched a totally black and white film! It was very good though.


A few shots of the garden: 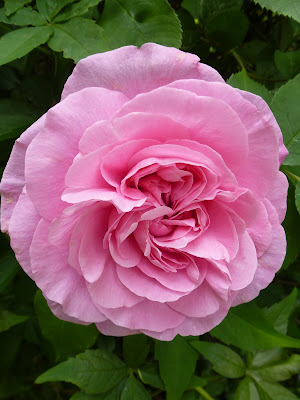 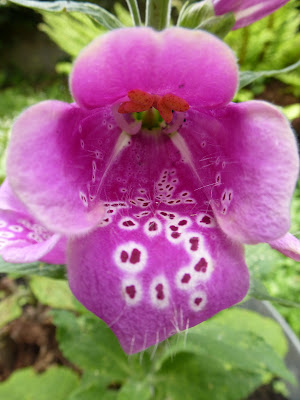 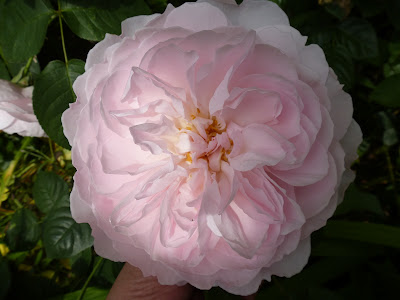 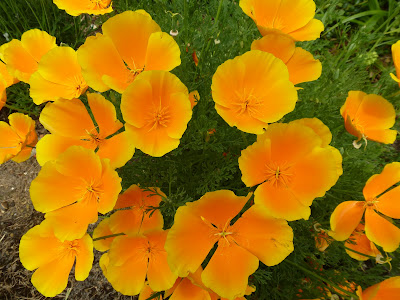 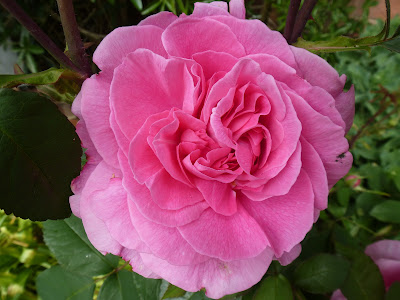 A gratuitous shot of my homemade Japanese miso soup: 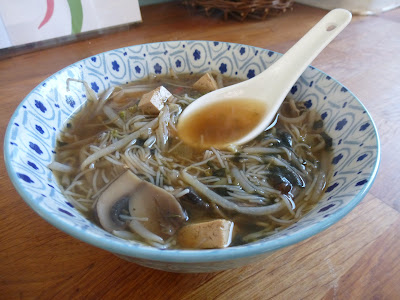 Lunch with E in Bristol. Her exams have finished, but she was staying on for a few days to vote and to make the most of her lovely accommodation. I drove up for the day and we enjoyed cocktails, a sharing platter and pasta at Zizzi's. 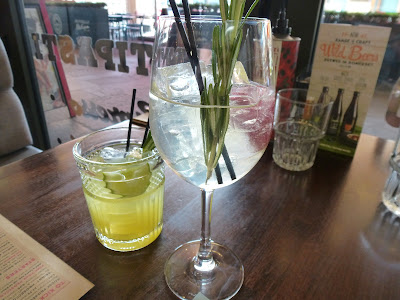 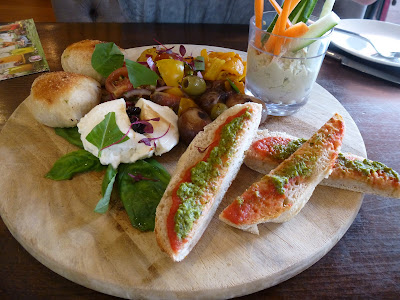 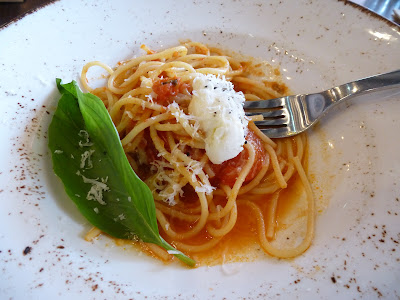 That's all. Sorry for such a boring post but this wee place acts as my diary and I like to remember things that I know won't be that interesting to others. One more thing  - just as I was back into my running, I have put my back out again. There I was yesterday in all my running gear, ready to go and I twisted round to reach a kitchen drawer. I'm not too bad once I'm up and moving but I keep getting stuck in chairs and can't bend down at all - getting dressed this morning was fun! I'm hoping that it improves soon, otherwise the impending sailing holiday may be a bit of a challenge! Enjoy the rest of the week.

Toodle Pip for now. x
Posted by VeggieMummy at 05:18 8 comments: