Hello, my lovelies. Long time no see. It's been a while since my last post and there are a couple of reasons for this: Initially, it was because E was home and I didn't want to waste time blogging; then, it was owing to the fact that after I had taken her back to uni, I drove all the way home, opened the rear car door to retrieve my bag ........................ and realized that I'd left it on her bed in Bristol! We had already stopped in the city centre for lunch, so the idea was that I would just drop her at her accommodation, have a quick cup of tea and come home. Not wanting to leave my bag in the car whilst we unloaded, I had left it in her room and just popped my keys in my pocket while we did multiple trips to and fro. Then, naturally, I hugged her goodbye, hopped in and drove merrily home. Realizing my mistake, E had tried to ring me, but my phone was, of course, in my bag - along with my purse, my camera and the rest of my life. Bad words may have been uttered! I thought that I would have to do a return trip to collect it, but, fortunately, her friend was going to Bristol to see her the following week and she kindly carried out 'Operation Bag Retrieval' for me. I now have it back and all is right with my world again!

L is back from Vietnam and Cambodia and has had a brilliant time. She had kept us updated on most of her activities via Skype, but kept some of them - eg. the renting of a motor bike! - to herself so as not to worry us. Though out at the moment, she is home until Thursday, when I will drive her to her new flat in London (trying very hard not to leave anything behind!) in time for her to start her pupillage next week.

Anyway, as I've finally got an hour to myself and am in full possession of my camera, here are a few photos from the past month:

'Yerma' at the cinema. Having only previously seen Billy Piper in Dr. Who, I was very impressed. 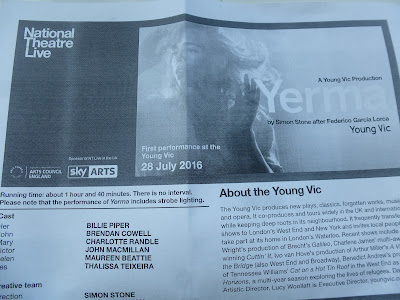 E and I went to an open air cinema nearby. The film was 'Notting Hill' - R didn't fancy coming, but we loved it. 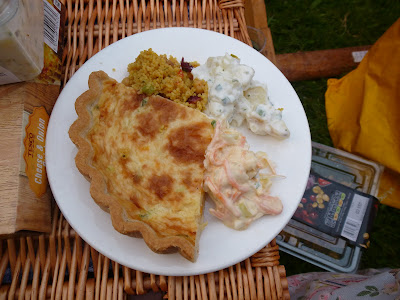 There was a little rain before the film started, but, luckily, it soon cleared up. 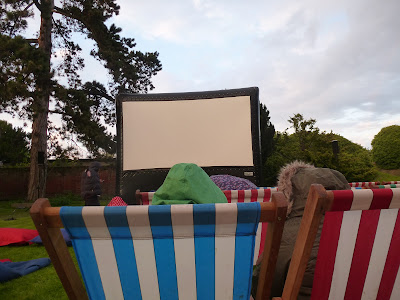 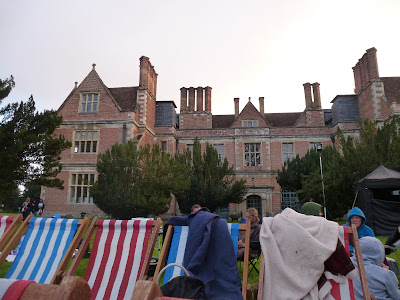 I have a glut of beetroot. If anyone knows any good beetroot recipes, I'd be very grateful - there's only so much Borscht a person can eat! 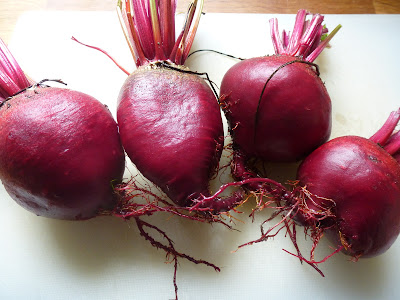 Our green woodpecker returned. Sorry for the blurry photo - he was quite a way down the garden: 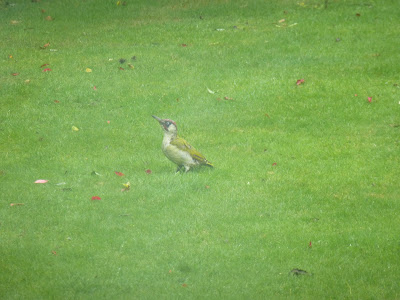 A double first for me - trying to knit socks toe up and also using the magic loop method. I'm normally a dpn girl, but I am rather enjoying it: 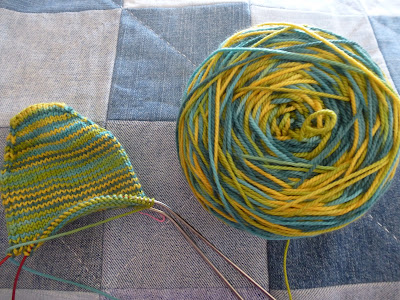 Working on my 'Exploration Station Shawl' by Stephen West. I've never tried to knit Brioche before and had fortunately put in a lifeline before starting that section. I say fortunately because I have since had to rip it back! 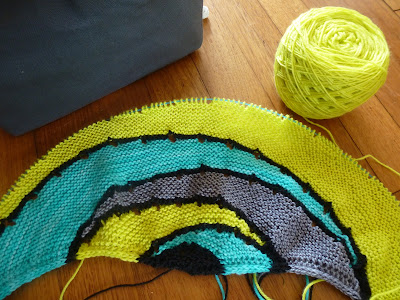 The day before E went back to uni, we decided to visit the local county show. R decided against it as he thinks that it's the same stalls in exactly the same places every year. To be fair, it was, but without someone with us pointing that out every 5 minutes, we had a lovely time! 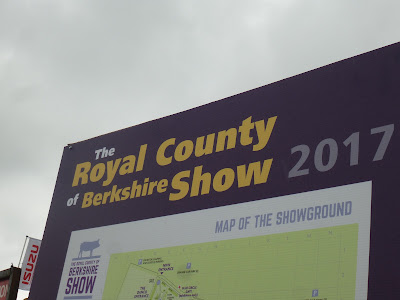 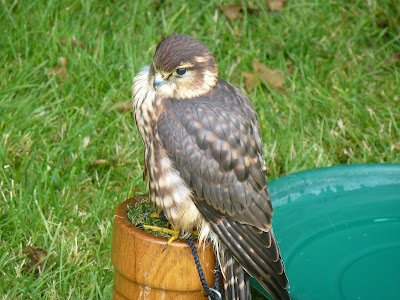 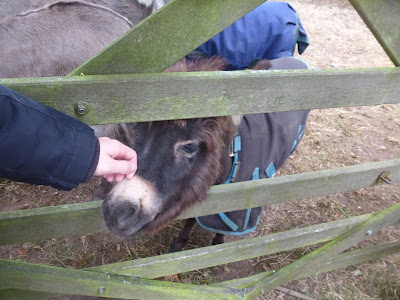 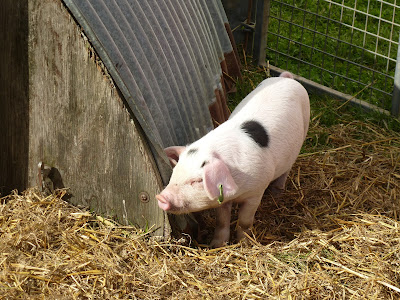 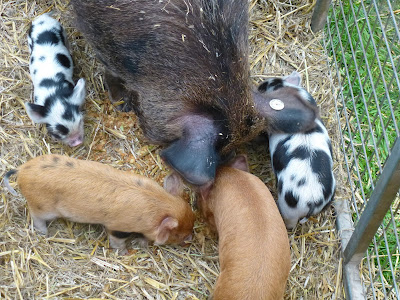 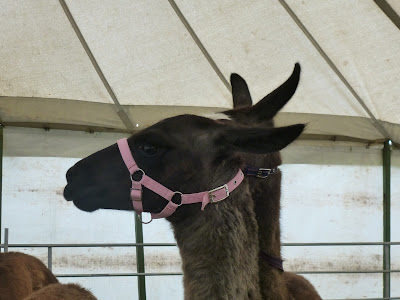 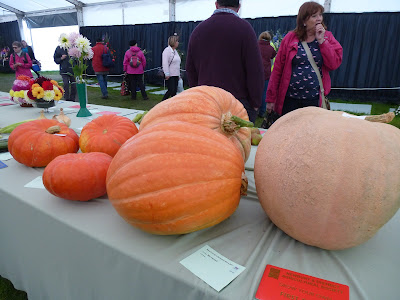 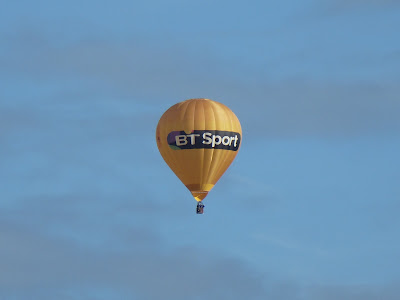 Our Mexican lunch at Wahaca in Bristol before the bag debacle: 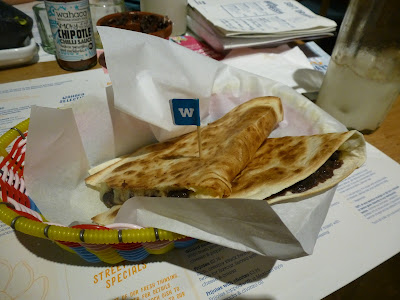 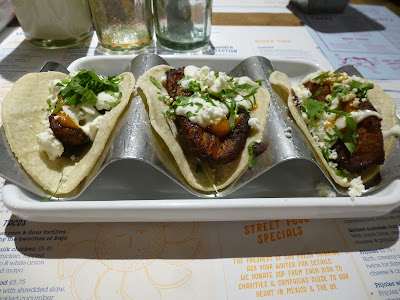 ...............and finally, Hamish in his beloved cardboard box. Back in March on Mother's Day, the girls bought me some beautiful Narcissi bulbs which came in a huge cardboard box. I gave it to Hamish to play with for the day and before I knew it, it had become a permanent fixture in the kitchen. He did a bit of renovation work, chewing holes to make multiple exits and when he had it exactly as he wanted, we added his fleecy blankie and he has slept in it ever since. A few weeks ago, that box finally gave up the ghost and so during a trip to our local Homebase, we acquired another one for him. He is currently in mid-renovation again. I feel that we spoil this rabbit - I mean, who wouldn't want a great pile of chewed cardboard in their kitchen?! 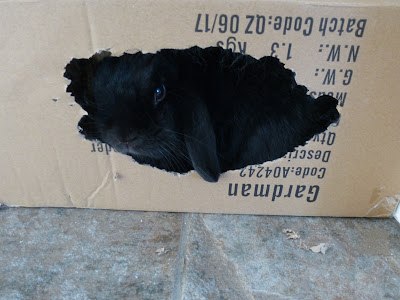 Anyway, that's all for this week. I hope you are all enjoying the start of autumn as much as I am. We lit the stove for the first time on the Equinox. I would have taken a photo, but........ well, you know!

Toodle Pip for now. x
Posted by VeggieMummy at 08:02 6 comments: