Hello there! Happy New Year to one and all - I would say 'Happy New Decade'  but the pedants amongst us (R!) would say that that isn't until next year! :0)
I hope you all had a joyous Christmas. L and E were home here and we had our first 'secondhand / homemade' festive season. I say first because it was such fun that we're planning to do it again next year. I made everyone knitted socks, hats and mittens, bought several things from charity shops/car boot sales and made Christmas hampers for the girls - there wasn't a secondhand kilner jar / bottle left in town!
We also celebrated R's, E's and my birthday, as well as New Year, so we're all a little celebrated out now. Here are a few photos of our Christmas 2019:
Making Christmas Chutney using Mitzi's recipe from here: 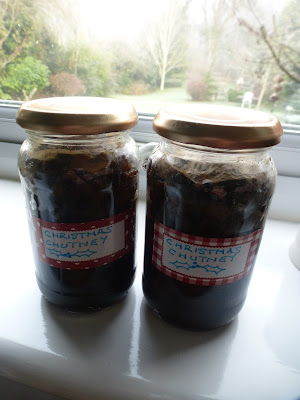 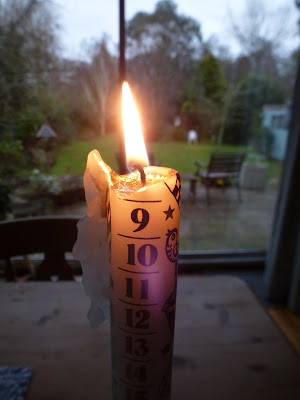 Making the girls new stockings. They have had the same felt ones since birth and they were no longer fit for purpose! The idea was to cut out the snowman and Father Christmas from the front of the originals and applique them onto the new stockings but, when it came down to it, I couldn't bring myself to do it. The old ones were hung up for sentimental reasons alongside the new ones which did all the donkey work! The fabric was a scrap that I bought in Glastonbury when E and I visited in the summer and the tops correspond to the colour of their old stockings. 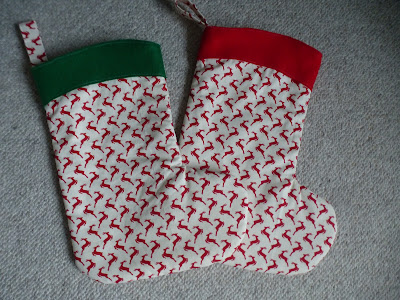 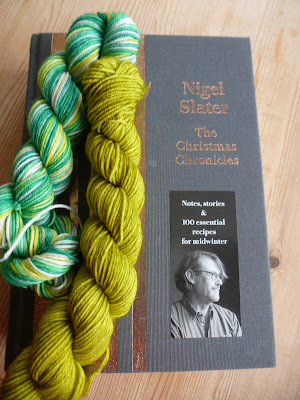 Our tree, which was surprisingly drop free this year! 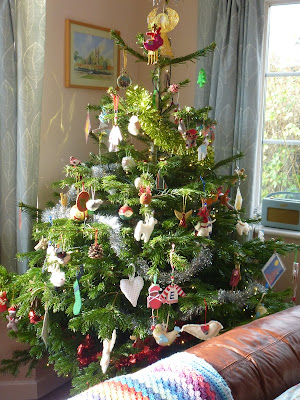 R's birthday treat was a concert in Oxford - Vox were amazing and 'A Ceremony of Carols'  made a welcome change from Messiah! 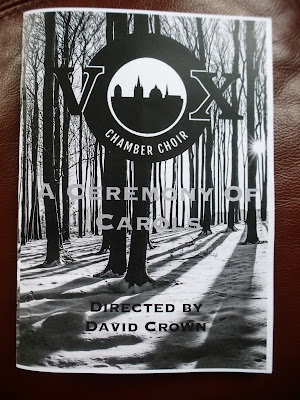 A trip to Bristol to see E play in a concert: 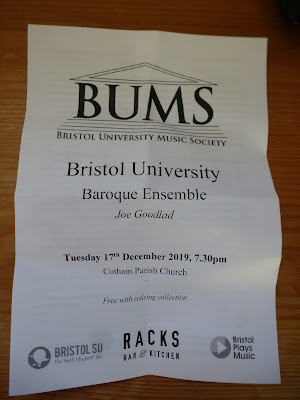 She was the soloist, so it was a very proud parental moment. There were yummy vegan mince pies in the interval too! 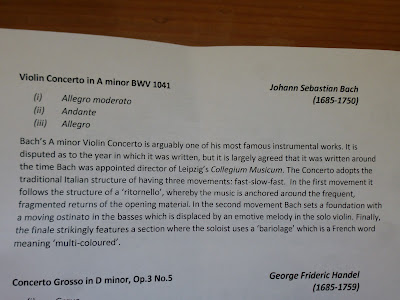 Making limoncello for the hampers: 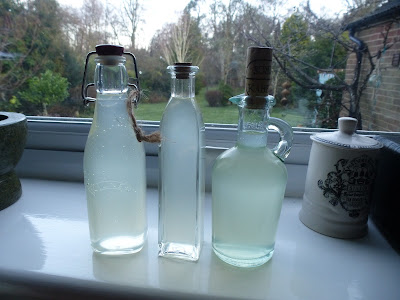 Our festive jigsaw, bought at a charity shop. We only ever do a jigsaw at Christmas: 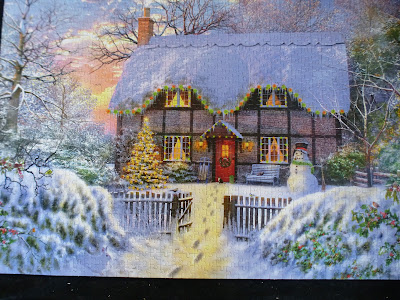 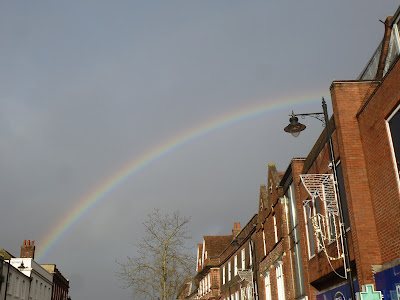 L and J's presents to us. L had found some old floorboards and a pallet, so they made us a bug hostel each. Ours is the Newbury one and E's is marked Bristol. They picked up the pieces for the slate signs during their holiday to the Lake District. L also did a cross stitch of a country cottage. I had bought the kit for her when she was about 10 and she had finally finished it and bought a frame in Oxfam. She also gave me a scoby (symbiotic culture of bacteria and yeast) to make kombucha as hers had grown a new one. 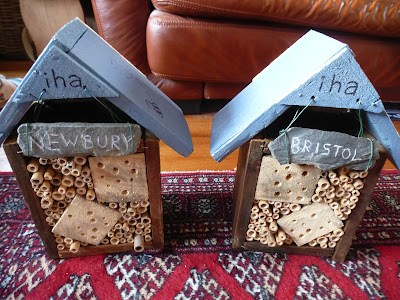 E gave us an oil painting she had done and also some secondhand books which I'm looking forward to reading: 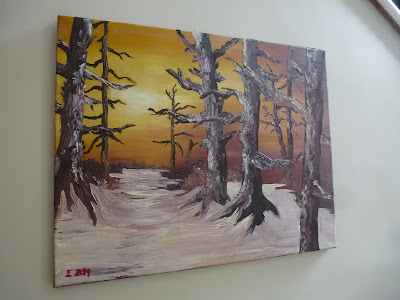 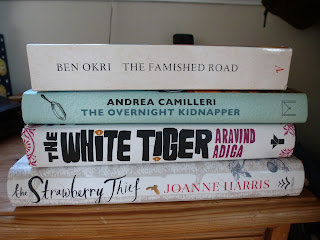 R made me a hedgehog box and is also building a fruit / brassica cage for the garden. The birds stripped all my berries before we got a look in last year and , after finding a dead blue tit caught in it, I don't want to net my kale again. He also mended the clock in the hall which has been set at 10 to 3 (in honour of Rupert Brooke's poem!) for the last 5 years.
Our Christmas Day walk: 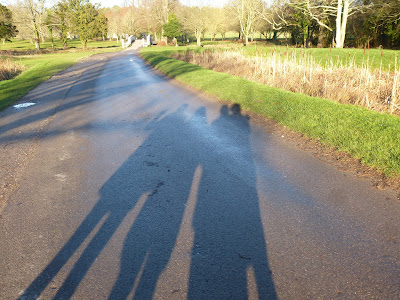 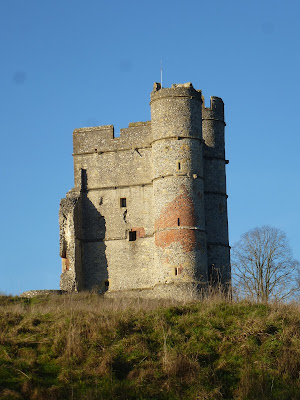 My birthday trip to see the Tutankhamun Exhibition at the Saatchi Gallery: 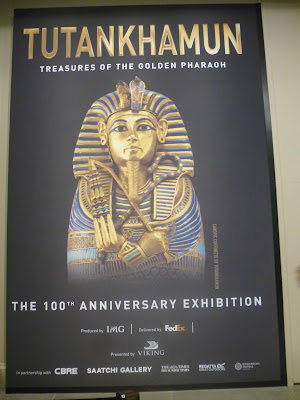 This is the last time that the artefacts will go on tour as there is a new museum being built in Egypt to house them all. The exhibition, although crowded and hot, was stunning and well worth a visit. 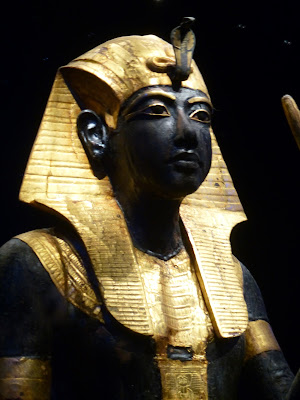 We finished the day with dinner at a Korean restaurant before returning home: 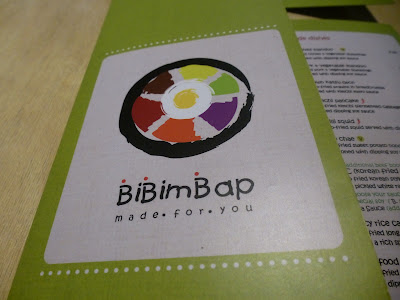 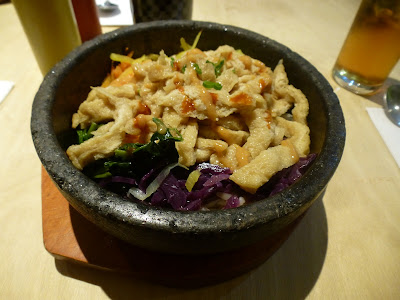 J came to join us for New Year's Eve and we spent the evening playing D&D. It was great fun and the game finished at 11:50, so was perfectly timed to ring in the New Year. I confess that I don't usually like New Year and, left to my own devices, would happily go to bed at the normal time, but I really enjoyed this one. 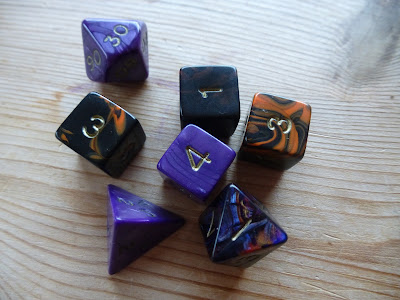 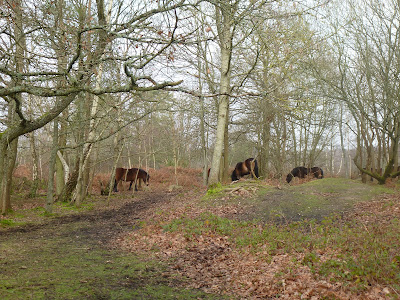 Playing on a rope swing! 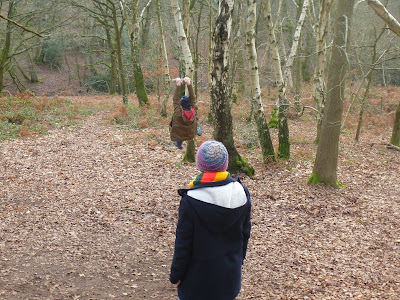 On E's birthday a swan came up to the back door to be fed. We are quite used to the ducks but, though we occasionally see them on the river, this is the first time that a swan has come walking up the garden: 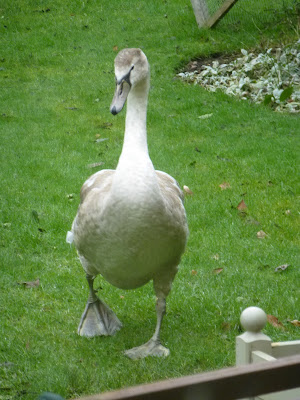 We celebrated E's birthday by doing an  escape room. L and E had done one before but it was a first for R and me. The theme was the Wild West and we just managed to get out with 50 seconds to spare! 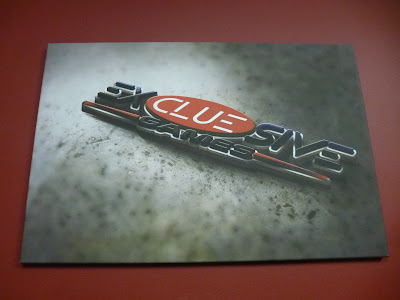 Well, that's me all caught up. L is now back in London and E goes back to uni this week, so life will return to normal for a while. May I take the opportunity to wish everyone love, light and peace for 2020.