Has everyone got the tune Mrs. Robinson running through their heads? Excellent, as that little ear worm played constantly in mine last Friday when we attended E's graduation ceremony. It was the day after the really hot Thursday and the weather had, thankfully, cooled down a fair bit. Despite staying in a hotel in Bristol the night before, the morning itself was still a bit of a frantic rush. From the point that we sat down in the Wills Memorial Building, however, it was a wonderful day. Hats off to the uni for a magnificent ceremony that ran like clockwork. The speech was superb and we were actively encouraged to whoop and cheer as our loved ones went on stage for the official hand clasp ....... and whoop we did! R and I were bursting with pride and I may have shed a few, quiet tears! :0)
After the ceremony we had drinks and presentations in the Victoria Rooms, followed by the obligatory Graduation photo. Then we walked to the Koocha Vegan Bar and stuffed ourselves silly with the best Turkish mezze ever!
That night, the 'childerbeasts' came home with us and then on the Saturday we drove into London to help L move into her new house, before L and E went off on a long awaited sibling holiday to Bruges.
Here are a few photos of E's big day:
Very poor photo of Wills Memorial Building: 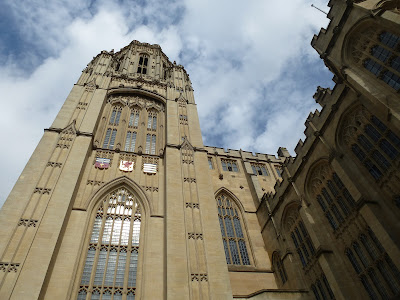 Our view from the balcony - it was very warm and I pitied the poor parents of the students who had graduated the day before! 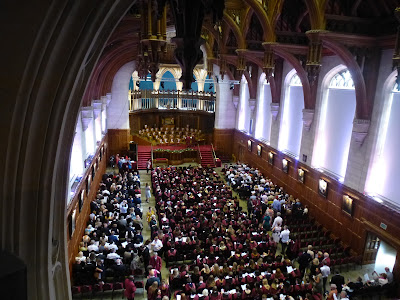 E changing into more suitable footwear for walking to Koocha! 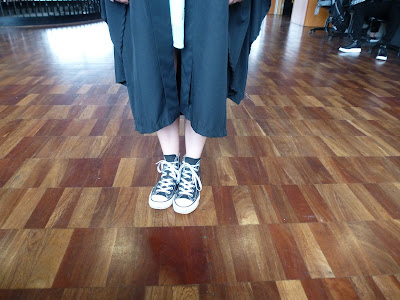 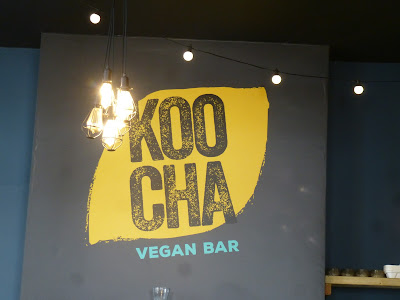 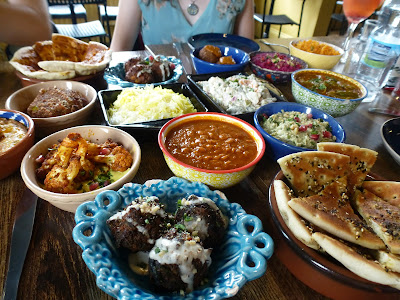 Other happies this month:
My anniversary present from R. I love dovecotes - probably as I have wonderful memories of a tea room in Devon which had one and the owners let the girls feed the doves with stale scones. Weirdly though, I have no desire to get actual doves! If any want to take up residence, however, (or any other type of bird!) I'll be perfectly happy. I just don't feel the need for any more dependent pets. 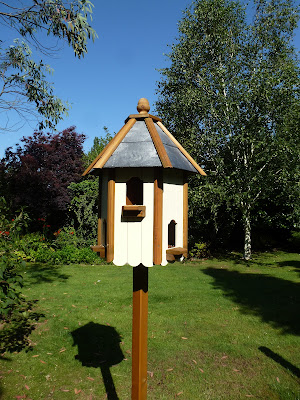 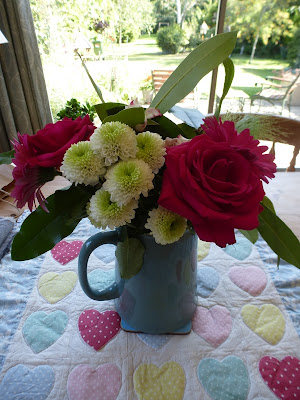 Standing in the cold watching the lunar eclipse: 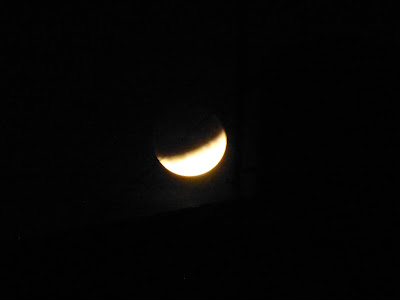 My finished Camber dress with added pockets. It looks huge in this photo - I'm really not that big! 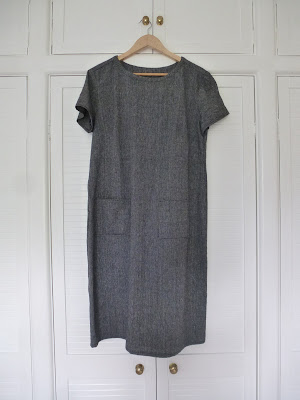 Cutting out fabric for a Dress Shirt: 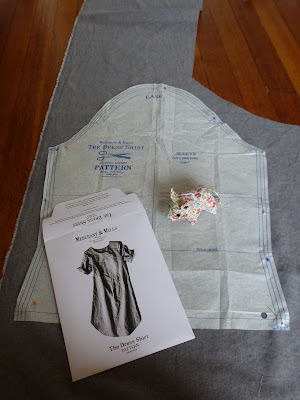 The 'Up-beet' cafe at the Chesapeake Mill in Wickham. The mill is also home to various stalls selling antiques: 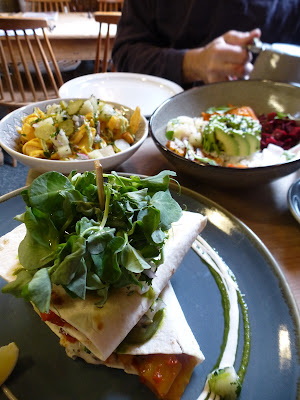 Stocking up at the zero waste shop: 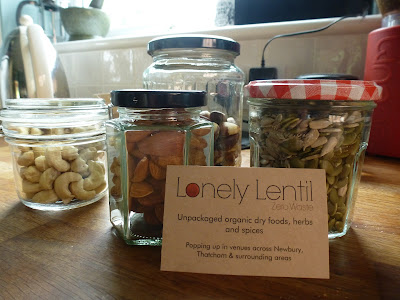 Making a batch of apricot jam: 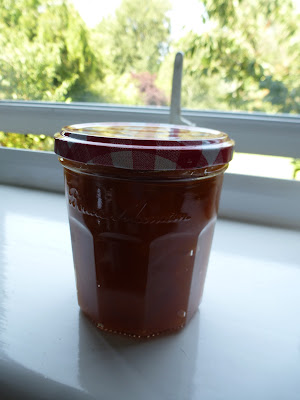 Watching an open air play at our local Elizabethan Manor House - it was brilliant! It had poured with rain all day but miraculously stopped as soon as the play started. 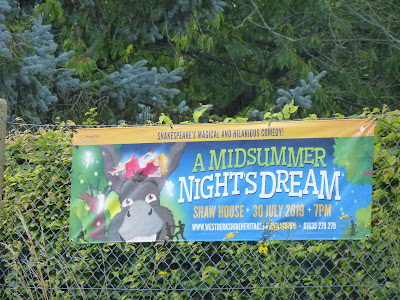 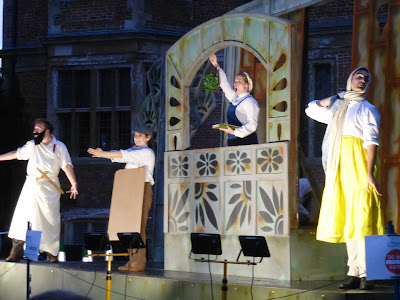 Same place 2 nights later to watch an outdoor showing of Mary Poppins Returns. I really enjoy this film (I also saw it on my birthday last December) and, with a couple of exceptions, loved the songs. Strangely though, the tunes never stay in my head. I can sing all the ones from the original Mary Poppins film, but these go in one ear and out the other! 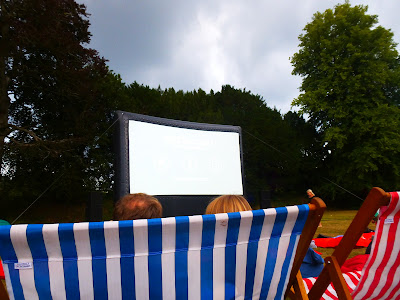 A trip into London to meet an old school friend, Z, at the V&A: 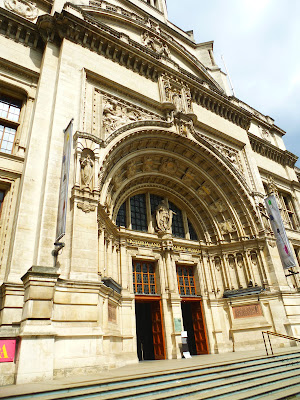 Knitting J some 'Dustland Mitts' (pattern by Stephen West) for Christmas to go with the birthday hat that I gave him on one of the hottest weekends of the year! Here they are modeled by R: 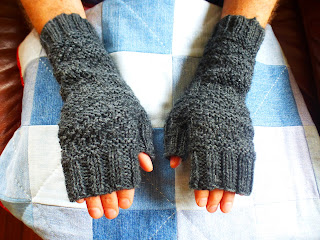 This was a bit of a disaster. A while ago E found an old table base in a skip in London, Now that she has a garden, she wanted to take it to Bristol and so I lovingly made her a mosaic top containing some of the bits we had picked up on the beach in Burnham on Sea. Sadly, when R went to affix it, he discovered that the table was actually completely rotten, so the mosaic has joined the others on the outside of the garage wall in our garden. 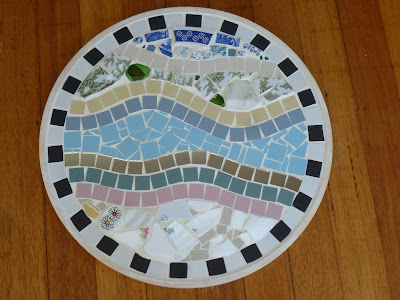 Finally, a trip to the Watermill to see this: 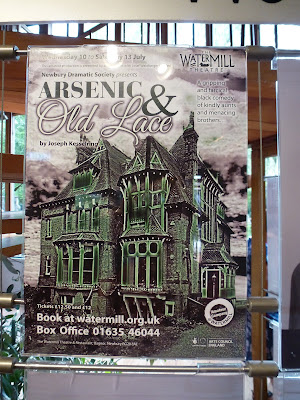 It wasn't the best play we have seen there. It was all a bit last minute and I suspect it was some amateur dramatic group. The accents were, amusingly, decidedly dodgy American ones, but the highlight came when one of the actors couldn't turn off a torch and accidentally switched it onto flashing red mode. In a panic, she placed it on a nearby desk where it drew the eye nicely - but not as well as when another actor, trying to help, stuffed it into his trouser pocket, where it continued to flash rather alarmingly through the fabric until he practically threw it offstage!

Well, that's all for this week. Wishing everyone a wonderful, fun-filled summer.
Toodle Pip for now. x