Hello there; Happy 2017 everyone! I hope you all had a wonderful Christmas and wish you all the best for the new year. I think I've mentioned here before that the end of the year is an unusually hectic time in this household. The last 6 weeks have seen Christmas, New Year and 4 birthdays celebrated and I'm more than done with all the festivities. It was lovely having both girls home for Christmas and, now that they've gone again, the house seems too quiet. I'm sure that I'll get used to it soon, it just takes me a while to make the transition. The past few weeks have seen several meals out, lots of lovely presents (I was very spoiled for both Christmas and my birthday), winter walks, cinema and theatre trips, a jigsaw completed and another attempted - until it was deemed by all to be too boring a picture to continue with; it even defeated J and that's a first! - and the cracking of my 5K barrier. Then the viruses took over and it was tissues, Lemsip and hot water bottles all the way. Today is the first day that I've been able to run for over a week and I've surprised myself with how much I've missed it.

Anyway, here are a few photos to remind me of the holiday period:

Veggie dumpling soup at Bento Boss in Bristol, when we went to collect E for the holidays: 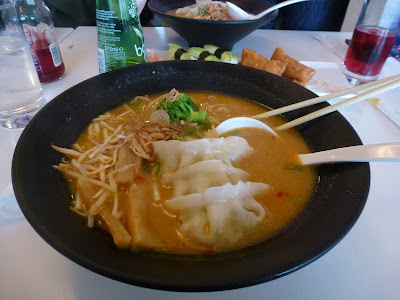 A very blurry photo of the running machine at the gym. By the time, I'd found my camera, taken a quick snap and realized that the shot was out of focus, the machine had reset and I was unable to take another. But I did it CT! 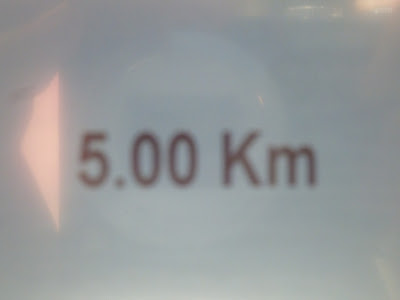 L made the Christmas wreath: 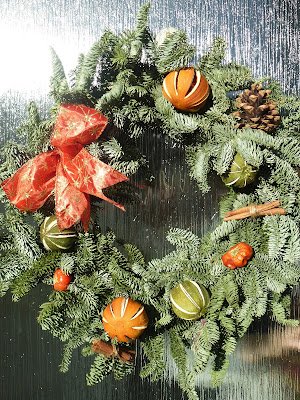 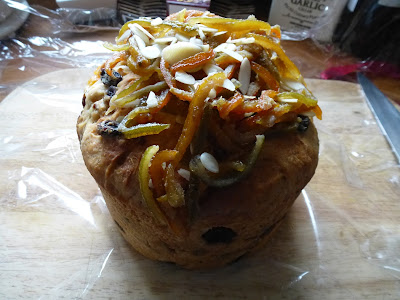 Hamish warmed himself by the stove: 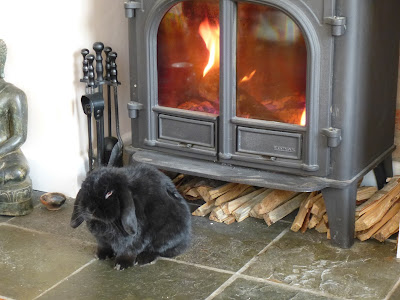 .... and reveled in having E home again: 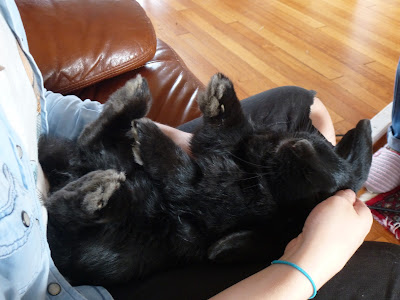 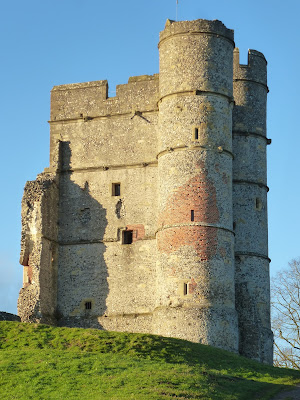 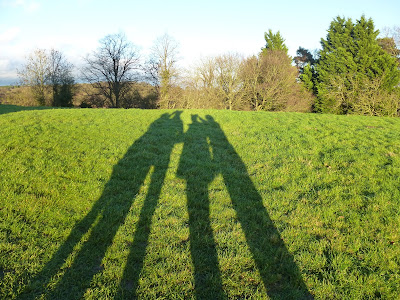 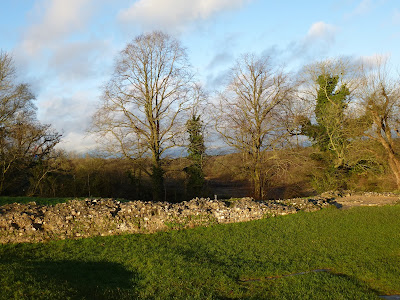 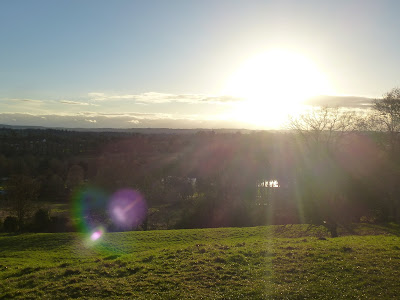 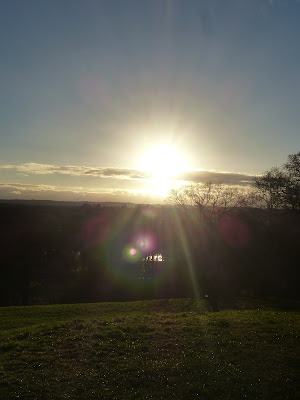 The jigsaw that we did manage to complete: 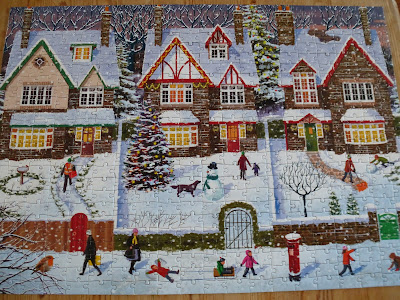 Me playing with my new yarn swift - it's such fun, there were no tangles and no bad words had to be uttered! 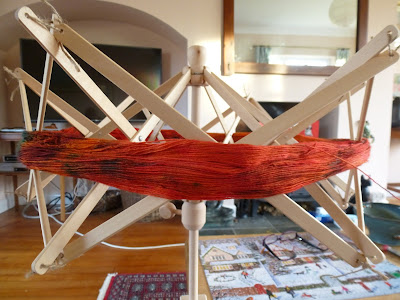 Our Boxing Day walk and picnic in Inkpen: 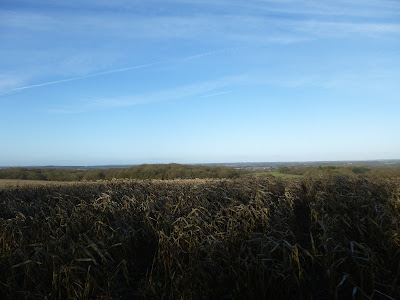 E had left her walking boots at uni! 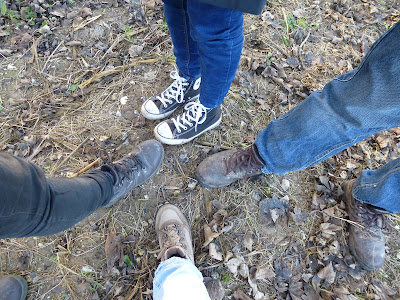 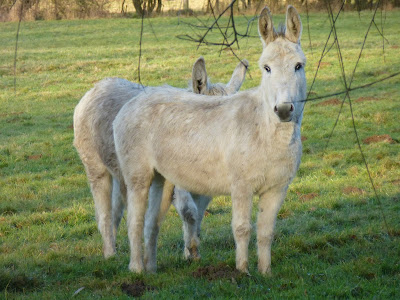 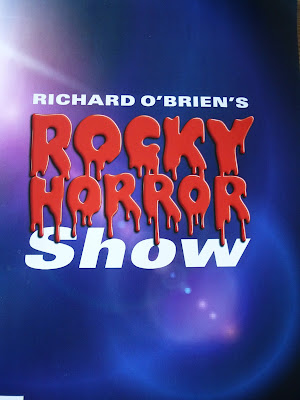 For E's birthday, we saw Rogue One at the cinema, followed by lunch at an American style diner. We thought we would try Root Beer and I'd always assumed it was like ginger beer. It actually reminded me of that powdered toothpaste that you used to be able to buy that tasted of cloves and cinnamon. Can anyone tell me if proper American root beer tastes like that? 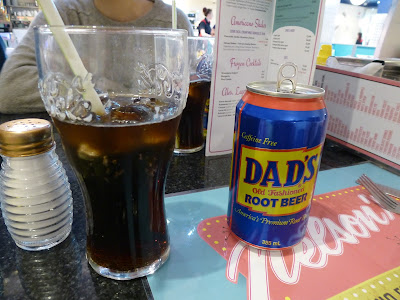 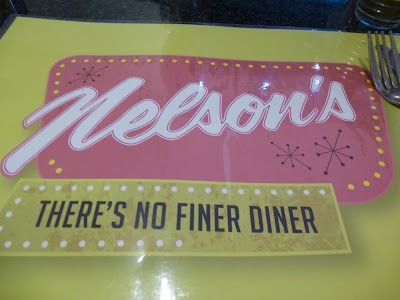 We ate in an airstream and lunch was enlivened no end when a fire alarm went off and the shutters automatically came down locking everyone in the diner - it seemed illogical to lock us in with the kitchen ie. the most likely source of the fire but, luckily, it was a false alarm ........ and it did make it memorable. 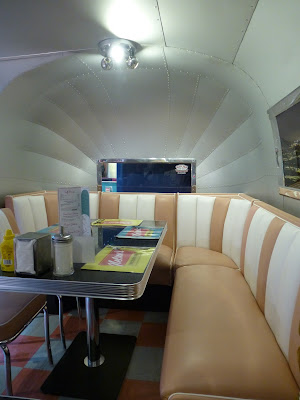 We ate Lebanese mezze for dinner: 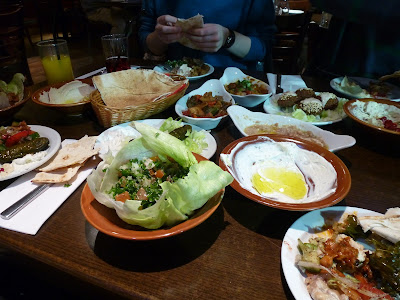 Finally, I have a half finished object - just the one sock of my Christmas Eve cast on. Things have been a bit slow on the knitting front recently, but I did manage my first ever Fish Lips Kiss Heel. To be honest, I wasn't that impressed initially, but it does fit really well so I may try it again at some point. 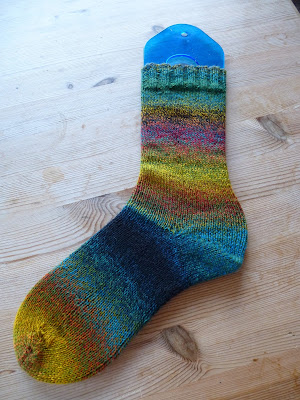 Well, that's all for now. According to the radio this morning, there might be a chance of snow tomorrow - it probably won't come to anything but Hamish and I are very excited at the prospect and I'm off to make a large pot of warming smoky veggie chilli just in case.
Wishing you all a lovely week.
Toodle Pip for now. xx
Posted by VeggieMummy at 05:49 9 comments: