We spent yesterday morning battening down the hatches in preparation for storm Ciara. Bird tables, dovecotes, wheelie bins and garden chairs were laid flat. Pots were moved to more sheltered spots and all my 'danglies' (wind chimes, twirly things and the like) were removed from the cherry tree to prevent damage. I'm glad we did, as the wind is currently howling down the chimney and I'm keeping an anxious eye on all the trees. Despite the anxiety, there is something rather cosy about it all and I'm planning an afternoon knitting and reading in front of the stove. Listening to the Shipping Forecast, we were surprised to learn that the Beaufort Scale goes up to 12 - having always assumed that 10 was the maximum - and were very grateful to be safe at home, with nowhere that we need to go.
I thought I'd spend half an hour before lunch unloading my camera, so here are a few photos from the last month:

A visit to Old Sarum. Sadly, my camera battery died almost as soon as we arrived, so this was the only photo of our visit. We loved the castle and the sense of history. What we didn't enjoy was the sight that met us as we walked around the moat. Apparently, rabbits have been causing damage to the structure and so English Heritage had called in a company to 'deal' with the problem. We had noticed a couple of men with dogs, acting, it must be said, rather furtively. As we drew near we saw dozens of rabbit corpses strung up along the fence. Now, this was a Saturday afternoon and there were plenty of families with young children around. One man that we passed was so upset that he called the police. 2 officers came to investigate, only to discover that the men were there legitimately.
It really put a dampener on the day. I can understand the need to preserve the monument, but I'm sure a quieter time of day could have been chosen and the bodies not have been displayed so openly. R sent a letter of complaint to EH, who agreed that it could have been carried out in a better manner and promised to have a word with the people involved. We came home and gave Hamish an extra long hug! 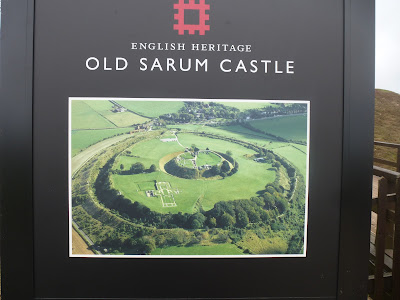 Finishing my Trapeze Dress with fabric bought from the Knitting and Stitching Show. 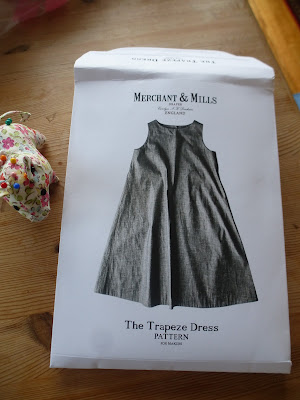 Tending my air plants - a birthday present from E. If anyone has any tips regarding their care, they would be gratefully received! 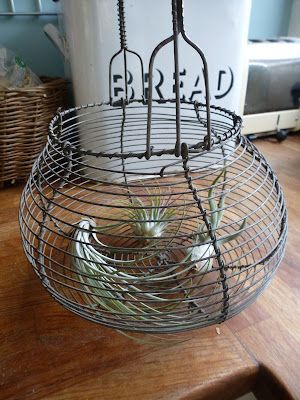 Growing avocados. These are both now potted up, so I'm hoping that they flourish: 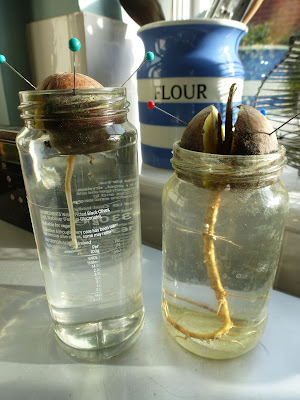 Taking a leaf out of  Barbara's book, I decided to join in with the RSPB's bird watch. I feel I should apologise in advance for the poor quality of the photos! My camera isn't the best and I got so excited when a bird landed that my hand tended to jerk when I clicked the button so they're all a bit blurry. If you want better photos, I would head over to Barbara's blog as hers are superb! I did my count whilst drinking my breakfast smoothie and the hour flew by. Later in the day there were flocks of long tailed tits and goldfinches, but, sadly, they were nowhere to be seen at 8 in the morning! Here then are a few, dodgy pictures from my hour : 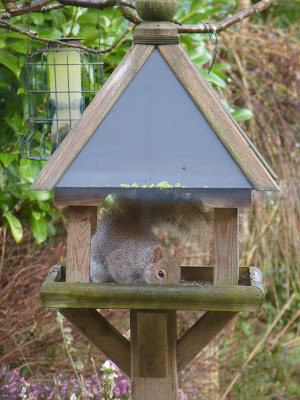 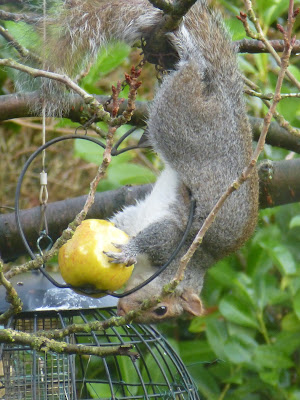 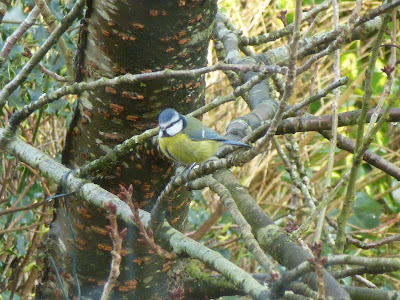 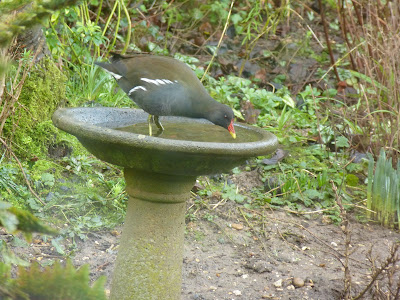 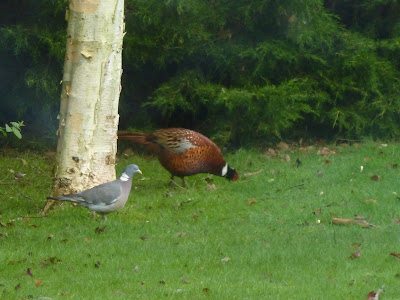 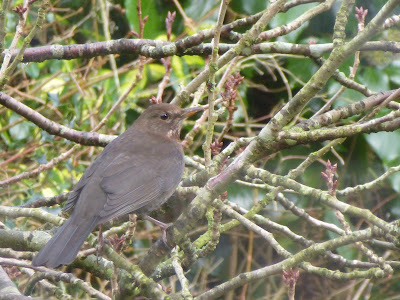 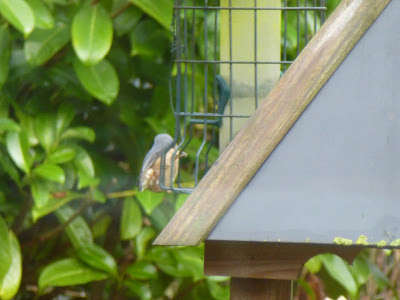 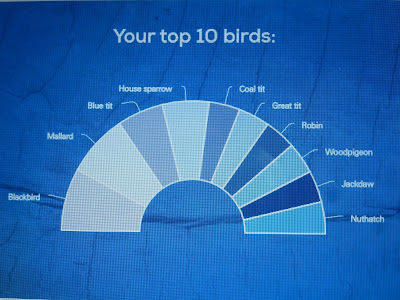 For R's birthday, I bought him a one day wood turning course. He went along clutching his lunch last weekend and returned at the end of the day with these: 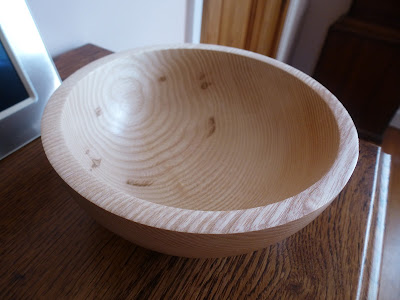 The candlestick was more to learn the techniques involved. He loved it and now wants to clear out the garden shed and buy a lathe! 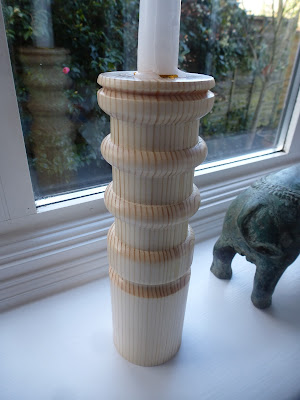 I tried my hand at dyeing with avocados. The mini-skein on the left is the original bare colour and the pinky-brown is the dyed yarn. I think if I want a brighter pink I would need to make the water more alkaline. 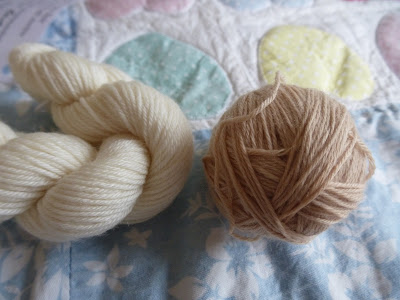 A trip to Welford Park (famous for being home to The Great British Bake Off) to see the snowdrops: 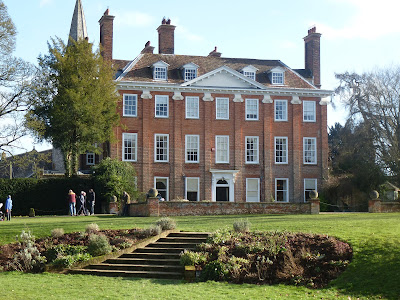 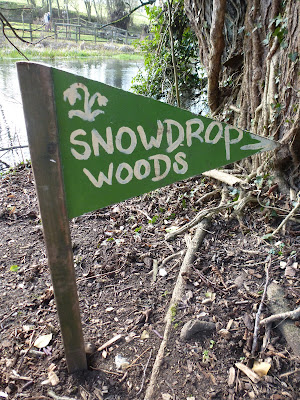 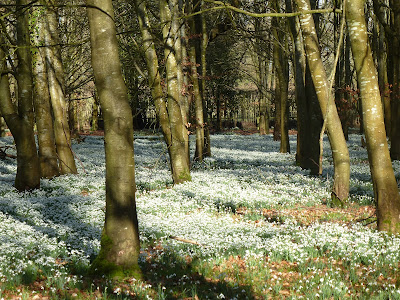 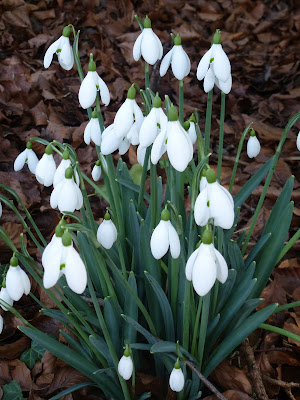 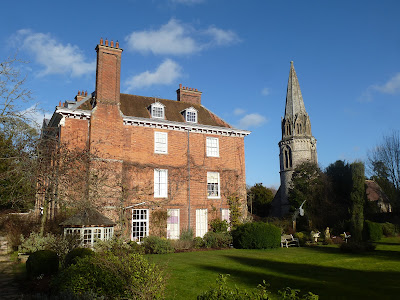 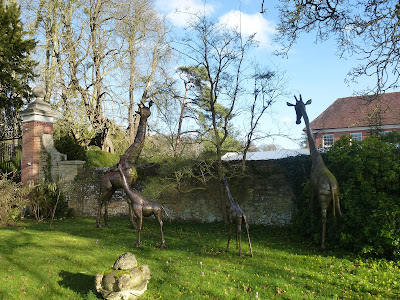 Those blue skies are from yesterday afternoon - difficult to believe as Ciara has now added thunder and lightning to the high winds!
Anyway, that's all for this week. Wishing you all a cosy afternoon, safe and warm indoors.