So, that was June.

Hello there. Again, it has been over a month since my last post. The hiatus is probably due to a combination of not much happening during lockdown and an absence of blogging mojo. R had most of the month off. He is an IT contractor and his previous contract finished at the end of May. Having secured a new position, he had to wait a few weeks for his security clearance to come through - this, despite the fact that he was actually returning to the same Government department as before! Still, it gave him a nice break and allowed him to finish off a few DIY jobs that had been on the 'To Do' list. The patio is now re-pointed and the garage door frame repaired and in the process of being painted.
We've been on some lovely walks, I've done lots of gardening and finished off a few craft projects and the Friday family quiz nights are still ongoing. Incidentally, the answer to the Dingbat in my last post (for those who may have been wondering!) was 'Feeling under the weather'. Any ideas for pub quiz rounds would be gratefully received!

Here then, are a few photos from June 2020:
Finishing and blocking my Rosemont Cardigan. It is a lovely, big, slouchy pattern and I look forward to wearing it during the colder months: 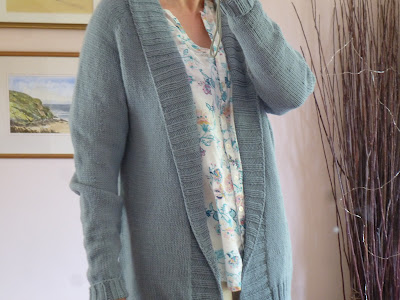 A walk at Coombe Gibbet near Inkpen: 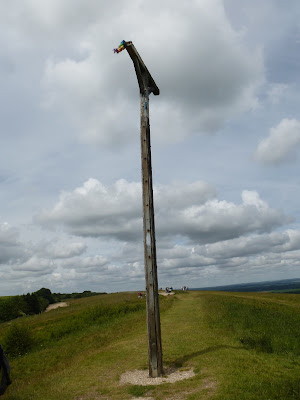 It's a perfect place for hang gliding: 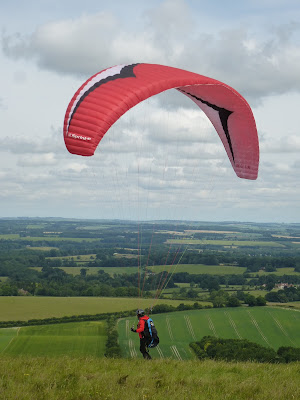 Spending a happy morning sewing face masks. I made no attempt to match up the pattern - I'm certainly no Sewing Bee candidate! I find them surprisingly cosy and comforting to wear, although if you're wearing glasses, they have a tendency to steam up! 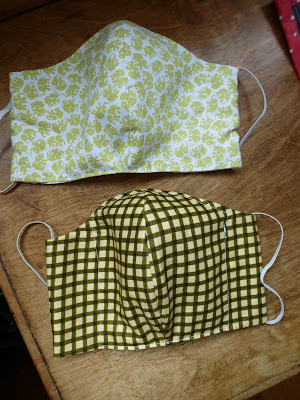 A trip to Bampton in Oxfordshire. This is a lovely village which might look familiar to fans of 'Downton Abbey' as it doubles as the fictional Yorkshire village, Downton. There is a lovely circular walk and we had a coffee from an independent coffee shop - our first for many months in a cup that wasn't ours! 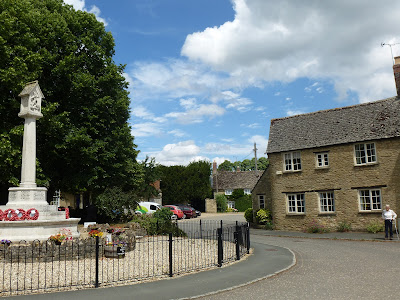 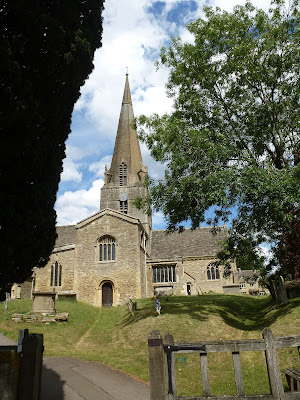 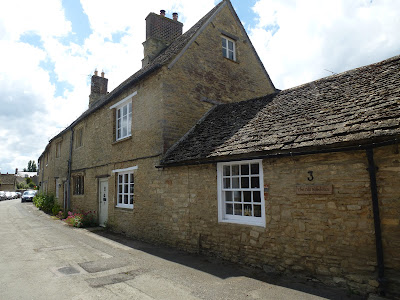 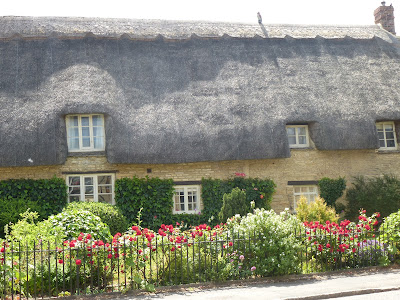 This is the village library that doubles as the hospital in the series: 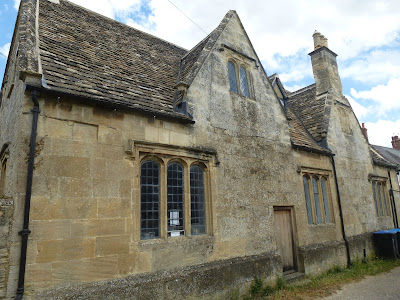 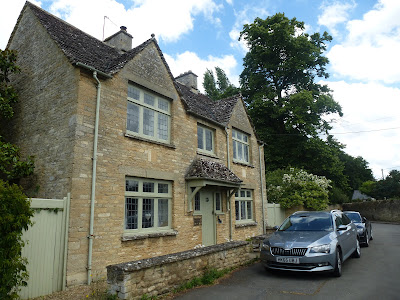 Another of the jobs that R has ticked off the list this month was to cut down the huge conifer at the front of our house. He has always hated it and even I eventually had to admit that it was getting well out of hand. We popped into the Bampton garden centre and bought a climbing rose to cover the now bare wall. I have named it 'Carson' to remind me where we bought it - I think the lockdown might be having a detrimental effect on my mental health!

More ducklings coming to be fed: 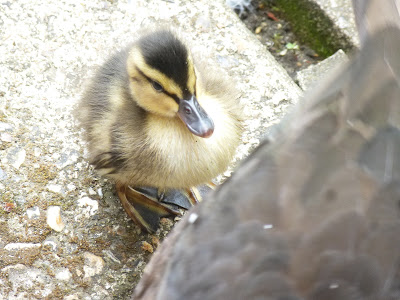 This cottage took my fancy on a walk round Leckhamstead and Peasemore: 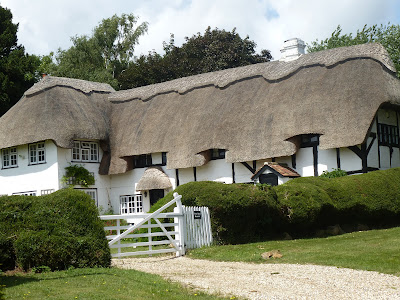 A yarn bombed postbox in Ashbury. Sadly, I don't think it is still in use: 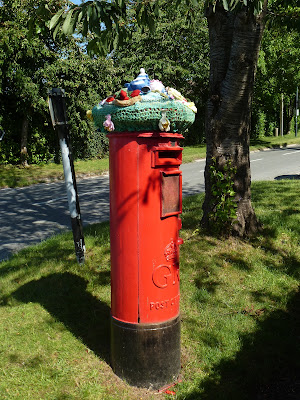 A walk along the Ridgeway to Wayland's Smithy, a chambered long barrow built in the 36th century BC: 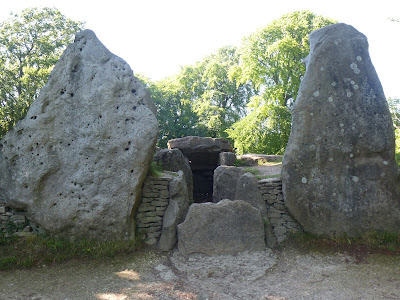 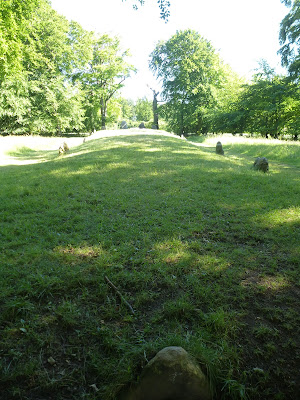 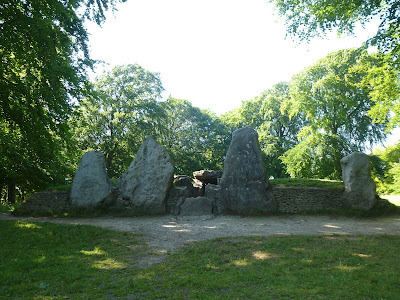 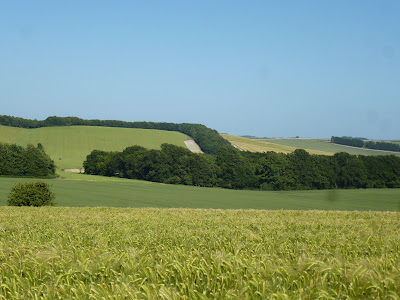 R's attempt at constructing a house martin's nest. He followed some online instructions, cutting an old rubber ball found in the garden in half and then covering it in a sand/cement combination. The jury is still out! :O) 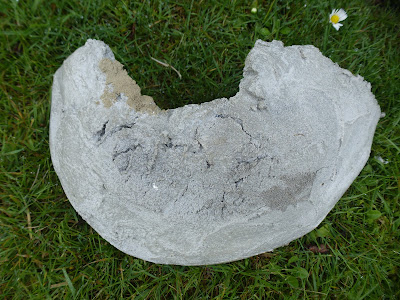 Taking L's inflatable kayak for a paddle. We took a picnic and ate it whilst drifting slowly along the Kennet and Avon canal. Carrying it around 4 locks was less fun! 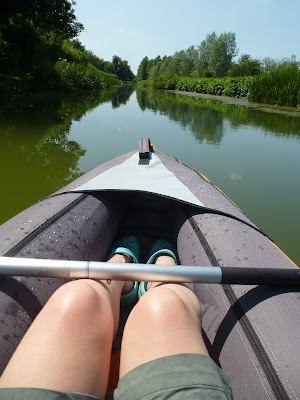 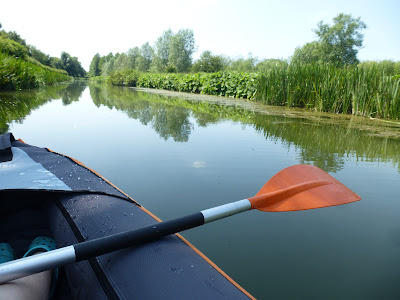 Finishing quilting and binding my 'Quarantine Quilt'. All it needed was a label to make it my own personal bit of history. 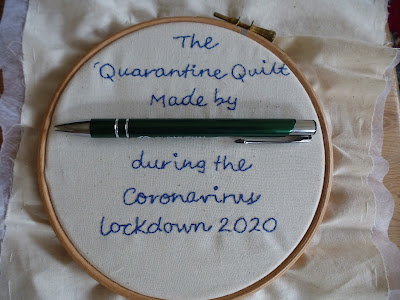 The veggies are coming along a treat. I think it may be courgette and chard gratin for dinner! 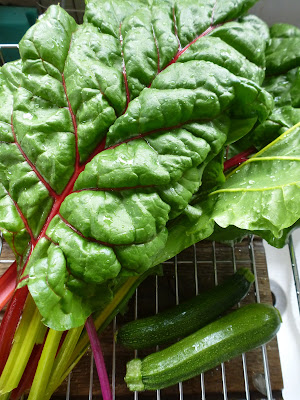 Well, that's all for June. I hope you are all well and looking forward to lockdown easing. I doubt very much that we will be rushing to the pub when they open this weekend. It is, however, our anniversary in a couple of weeks, so a nice meal out wouldn't go amiss - social distancing and corona-safe restaurant permitting, of course! Stay well, my friends.
Toodle pip for now. x