I believe that it was in Marian Keyes' book 'The Brightest Star in the Sky', that I first came across the idea of a 'trio of blessings'. Each night, one of her characters forces herself to think of 3 positive things that have happened that day. If I remember correctly, at one point things get so bad that the best she can come up with is: 'I'm not dead, I'm not dead, I'm not dead'. It's something that I have adopted and do each night before going to sleep. Sometimes the blessings can be really mundane - 'dinner was nice' and that sort of thing. Yesterday's was easy. I'm into week 5 of my Couch to 5K and yesterday was the first time that I have run for 8 minutes without stopping - that was blessing number 1. Blessing number 2 happened just as I was doing a walking section. As I crossed over the river, a kingfisher flew under the bridge and landed on the branch of a nearby tree. It stopped me dead in my tracks. Despite living with the river at the bottom of our garden for 17 years, this is the first kingfisher I have ever seen. It was beautiful and I ran the rest of the way home with a huge grin on my face. Blessing number 3, if you're interested, was lighting the stove in the evening and doing some knitting whilst watching the film 'Agatha'. Blessing number 2 will take some beating though and I think that every run from now on may be a bit of an anticlimax!
Talking of running, according to the schedule stuck to my fridge, tomorrow's run should see me running for 20 minutes - well 'Ha' is all I can say. Given that I can just about do 8 minutes, that seems quite a step up. I think I may just ignore the programme and build up to it gradually in my own time.

Other blessings recently have included:
Going for a drive in 'Bridget the Midget' to the Cotswolds. We stopped off in Burford for lunch and then carried on to Stow on the Wold. The buildings were beautiful and the shops lovely to look round. They did, however, all seem to be aimed at tourists and R and I wondered where the locals go if they want 'normal' shops like W.H.Smiths or Boots. 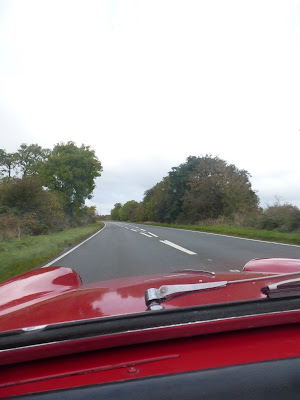 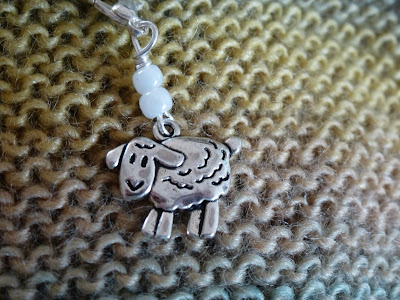 Watching Hamish enjoying his birthday presents on October 31st . Yes, he really was born on Hallowe'en - our own little devil bunny. Incidentally, that suspicious looking pile is part of a dandelion and carrot treat that he has just demolished: 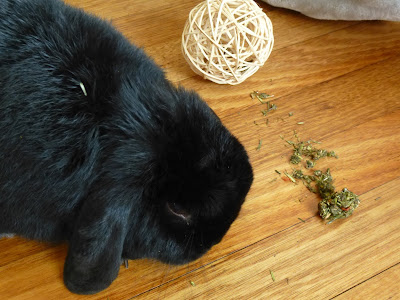 The carved pumpkin that the girls made when they both came home for the weekend. Them being home was a lovely blessing. 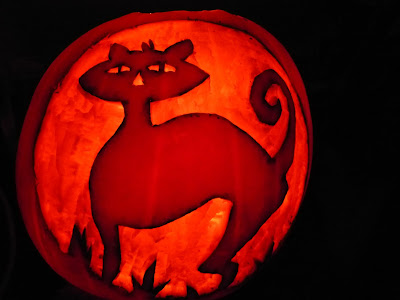 A dog walk in the woods with a friend to enjoy the last of the autumn leaves: 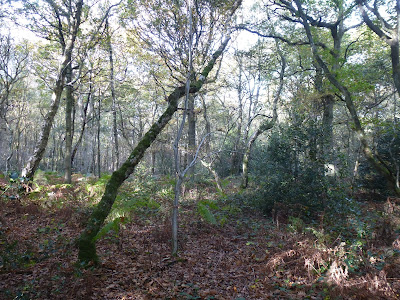 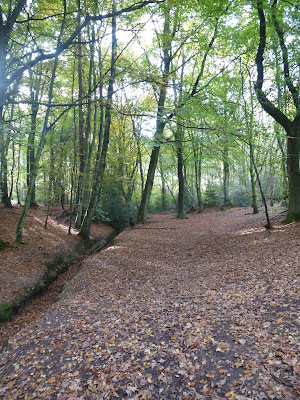 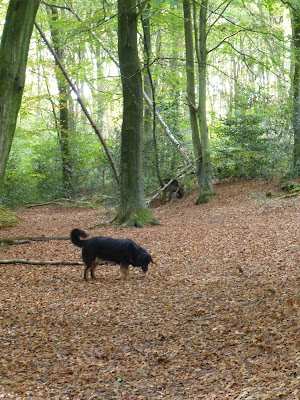 A cold autumn afternoon spent in the kitchen making marmalade for R: 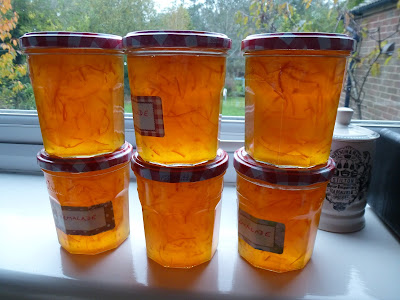 A trip to Bath to meet my friend, S. This time, we both decided to take the train, rather than driving. It was lovely and allowed me to do a bit more sock knitting. The only difficulty arose on the way home, when I ended up stuck at Westbury station, waiting for my connecting train for an hour and a quarter. Let me tell you that Westbury station's waiting room needs better heating! 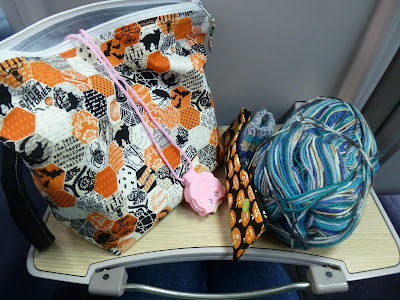 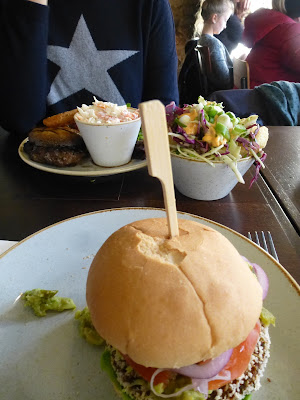 Finishing the hat that I bought the wool for at the Ally Pally knitting and stitching show. I wear it in Bridget when it's cold and the refrain 'Is my pompom still attached?' rings out frequently! 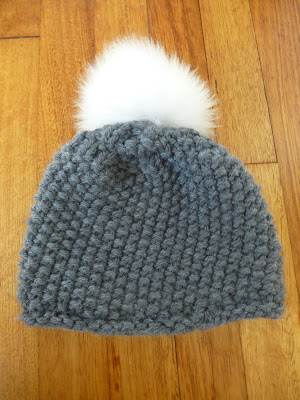 Harvesting some of my veggies: 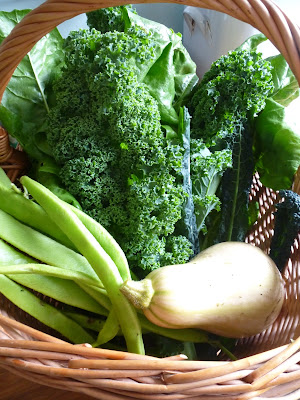 Finally, one of the best bits of autumn: 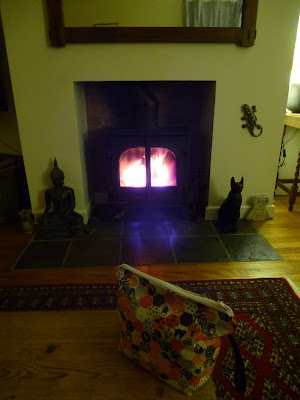 Well, that's all for this week. The supermarket run awaits and then I have to go and buy some paint as the decorating bug has well and truly bitten. Wishing you many blessings of your own in the coming weeks.