Where did the last 18 years go?

Greetings! I hope everyone has settled back into their normal routine again after the delights of Christmas and New Year. I have to admit to giving a huge sigh of relief when all the decorations were safely back in the loft, although I do keep discovering more pine needles - they seem to get everywhere!
Sunday saw us braving the weather and driving into London for E's birthday treat. My baby was 18 on Monday - yes, 18!!! I can scarcely believe it; where has the time gone? It only seems like 5 minutes ago that I went into labour a week early and we were desperately going down our list of friends, trying to find someone who was at home, not ill and not still away after New Year celebrations to look after L. At one point it looked like she might have to come with us! Fortunately, all worked out in the end and my baby girl arrived safely in hospital. She was absolutely beautiful, the image of her big sister .... and suddenly, when I wasn't looking, here we are with A levels and uni on the horizon!
Anyway, maudlin aside, the birthday girl had decided that she would like a nice fountain pen for her present. She uses one normally, but it is just a cheap one and it was decided that a better one would make a great present and something to keep (barring accidents or loss) for a lifetime. Hence, our first port of call was here: 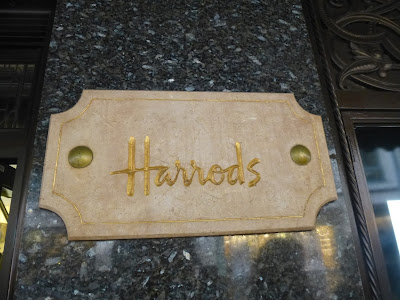 The nice man in the 'writing room' (!) was incredibly patient as E deliberated at length over which one to choose. Eventually she narrowed it down to 2 and, after R pointed out that our car was probably about to be clamped, we suddenly had a winner. All I can say is thank goodness for the January sales! It is, however, beautiful, is a perfect keepsake and E is thrilled with it.
Next on the agenda was a trip to the ballet. Early January isn't the best time for theatre trips - lots of places are still in Pantomime mode, so E had decided on this at The Coliseum: 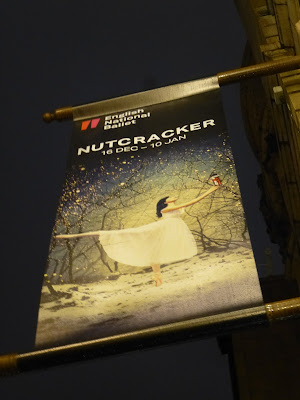 The Nutcracker, along with Peter and the Wolf, was one of the first pieces of music that the girls really listened to, so it seemed appropriate somehow and we really enjoyed it. The Coliseum itself was lovely too. 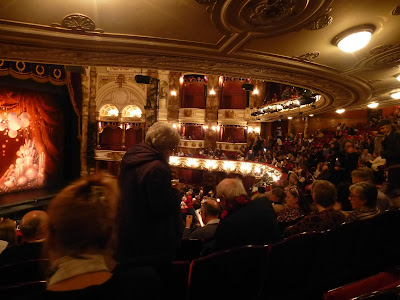 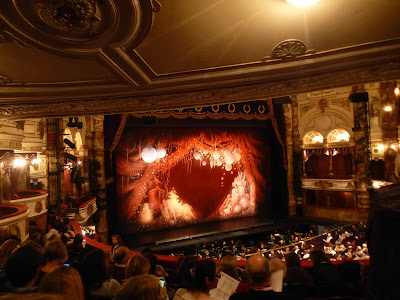 Finally, we nipped over to Piccadilly and had afternoon tea here: 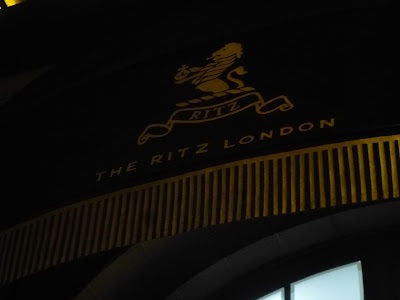 Sorry, it was a bit dark by this time! Here are a few photos of the inside:
I couldn't resist taking one of the Powder Room! 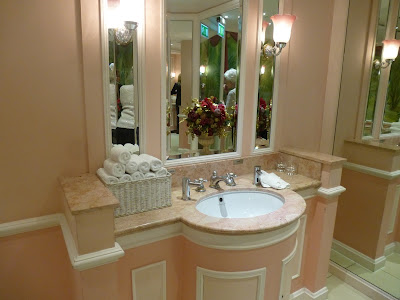 The Christmas decorations were still out in force: 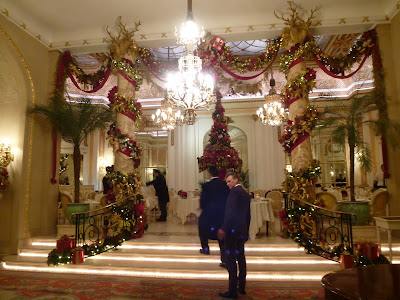 A harpist actually played Happy Birthday as a special birthday cake was brought in - E was pleased and embarrassed in equal measure! 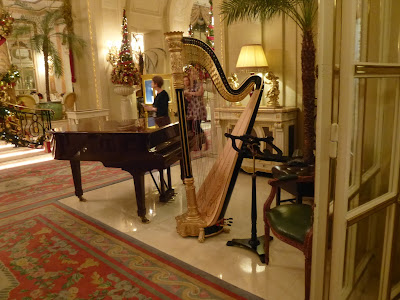 A few shots of the tea - we battled manfully through all the sandwiches and cake but, eventually, had to admit defeat and R furtively pocketed some of the scones to fetch home for the chickens! They were greatly appreciated! Anyway, that was our weekend. Term has now started again and I think an early bit of spring cleaning may be in order - well, someone has got to shift those pine needles!
Toodle Pip for now. x