Hello there! Thank you for dropping by, it's so lovely to see you. Can you believe we're in February already? Where on Earth did January disappear to? After a week of stormy weather - with both Gertrude and Henry making their presence felt around these parts - I popped into town the other day and just had to stop and take a photo of the blue sky behind our town hall. It made such a pleasant change from the grey that we've been having. I don't know about you but a bit of sun and blue sky makes all the difference to how I'm feeling and cheers me up no end. 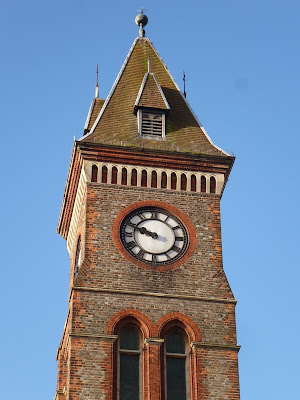 I only popped in to return some library books but then decided to do a quick trawl of the charity shops whilst I was there. I came away with 3 children's books. I love the stories and illustrations of the Little Grey Rabbit books and despite the fact that my girls are now FAR, FAR too old for them, I couldn't resist buying them. I returned home and settled down with a cup of tea for a quiet little read.  It was lovely but it did make me long for the days when I would have had 2 little girls sitting beside me as I read. L made a comment this week to the effect of 'one day you put your child down and you will never pick it up again'. Well, that thought had me sobbing all night and I can feel myself getting a little teary again just typing this. Those of you with children small enough, go and pick them up and hug them right now! 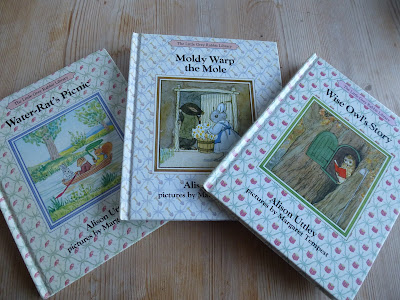 My second trip into town was to do a decopatch workshop at our local craft shop. I had meant to put this down on my 50 list but never got around to it. Basically, it's just ripping and glueing for grown ups and it was so easy and fun. The decopatch glue has a sort of varnish added, so it dries hard and shiny. As a little bonus, any that you get on your skin you can spend a merry 10 minutes doing that 'skin peely offy' thing with!
I took a few photos of the shop.

Actually, this was the little 'Flowerpot Cafe' just outside. It's very cute and the food is apparently lovely, although I didn't try it out on this occasion. Note that we're back to that grey sky! 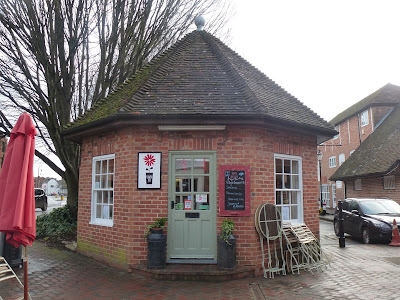 Here, tucked in the corner, is Rainbows where the workshop was held. The models outside were a bit of a give away: 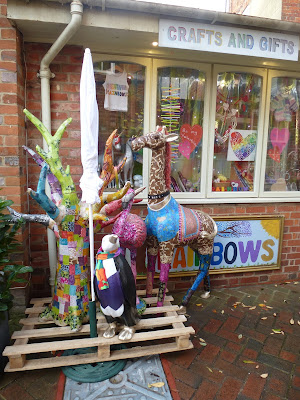 A quick shot of the inside of the shop. It was quite small but packed to the brim with various craft materials: 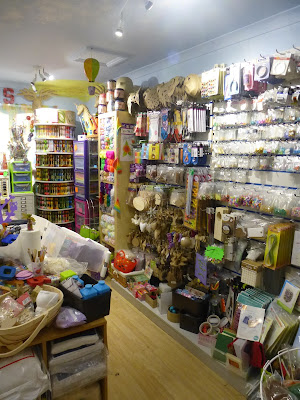 Just a small selection of the paper available. The paper itself was very thin like tissue, but the dye penetrated very deep so that when you ripped it, you weren't left with a white edge. 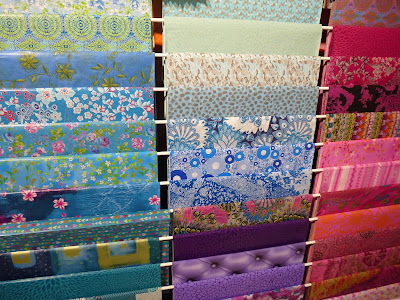 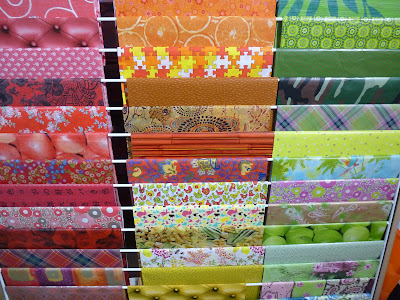 As it was my first time, I chose a small cardboard rabbit. Apparently though, you can decopatch just about anything. They even had a pair of shoes that someone had done! Here's my bunny in progress: 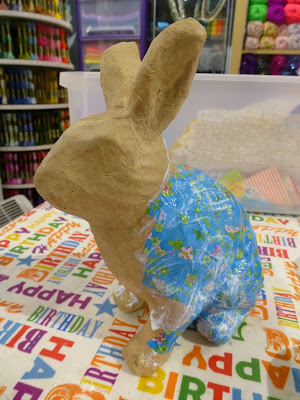 And the finished article. The glue is quite quick drying, so I was able to take him home immediately. I'm not sure what Hamish will make of it but I'm sure it will come in useful for Easter! 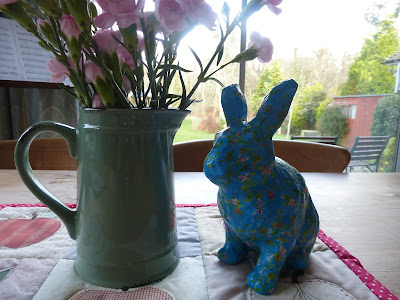 Just one more thing this week: sadly, E failed her driving test! She stopped briefly on a hill and then had difficulty getting going again. She didn't roll backwards or anything horrific and she only paused for about 5 seconds, but some impatient person saw the L plate and overtook her so it was an automatic fail for 'holding someone up'. We've re-booked for during the Easter holidays but hope to get an earlier cancellation. Fingers crossed that we do - these lessons are blooming expensive!

Anyway, that's all for this week.
Toodle Pip for now. x

Posted by VeggieMummy at 06:18