Every few months I drive by a sign indicating an antiques fair at the local racecourse. It's usually on a Monday and, despite wanting to go and have a look, I'm normally busy with other things. I thought that if I put it on my 'Fifty List', I would be more inclined to make an effort and go ..... so that's what I did and this Monday was the day. 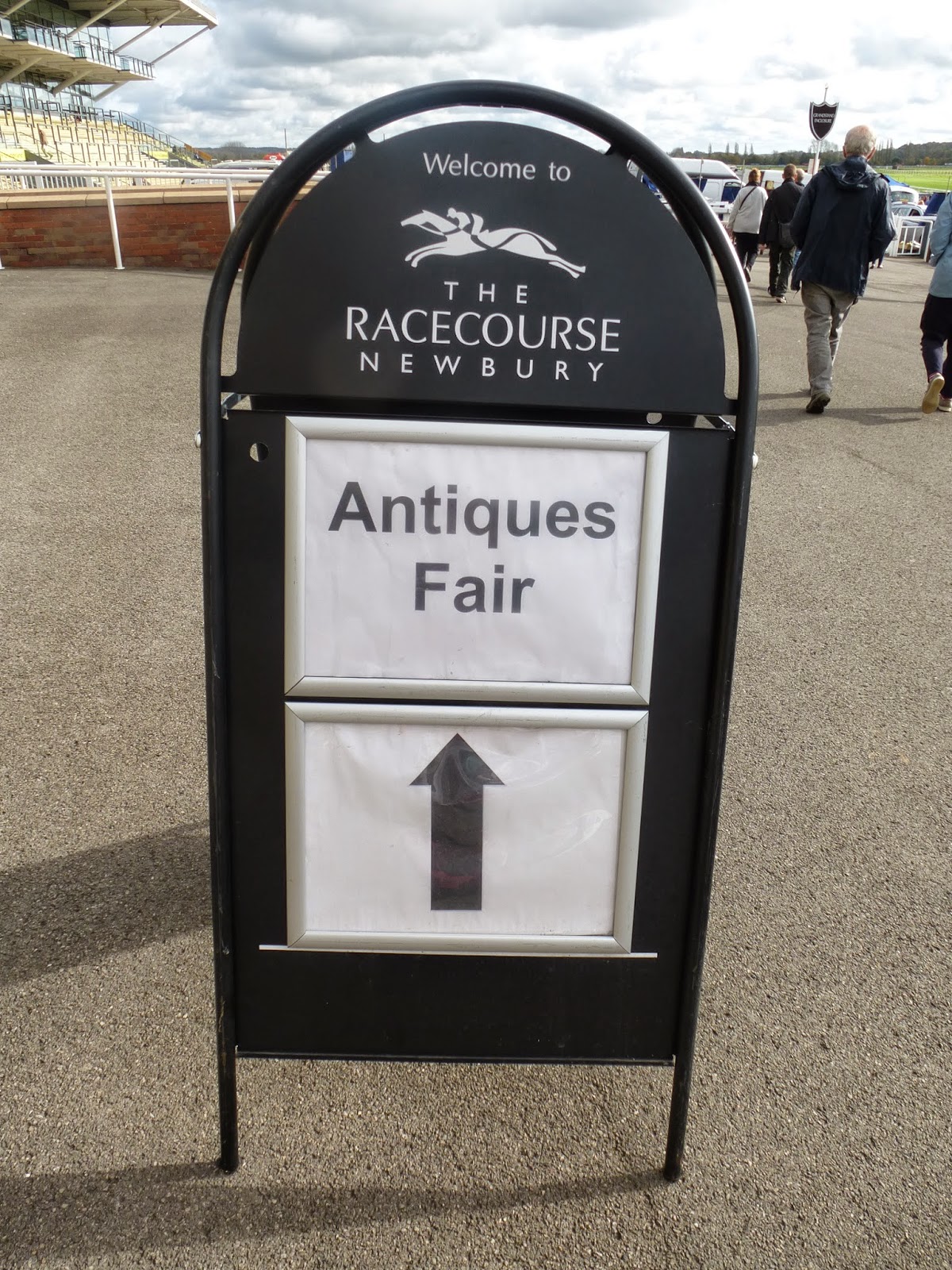 I am so pleased that I finally got round to this; there was a £5 entry fee (rather than the initial £10) after 10am and there were so many stalls to explore. The weather wasn't the best and, rather foolishly, I hadn't taken a coat which I rather quickly regretted. I did have a fold up umbrella in my bag, however, which proved extremely useful at one point! 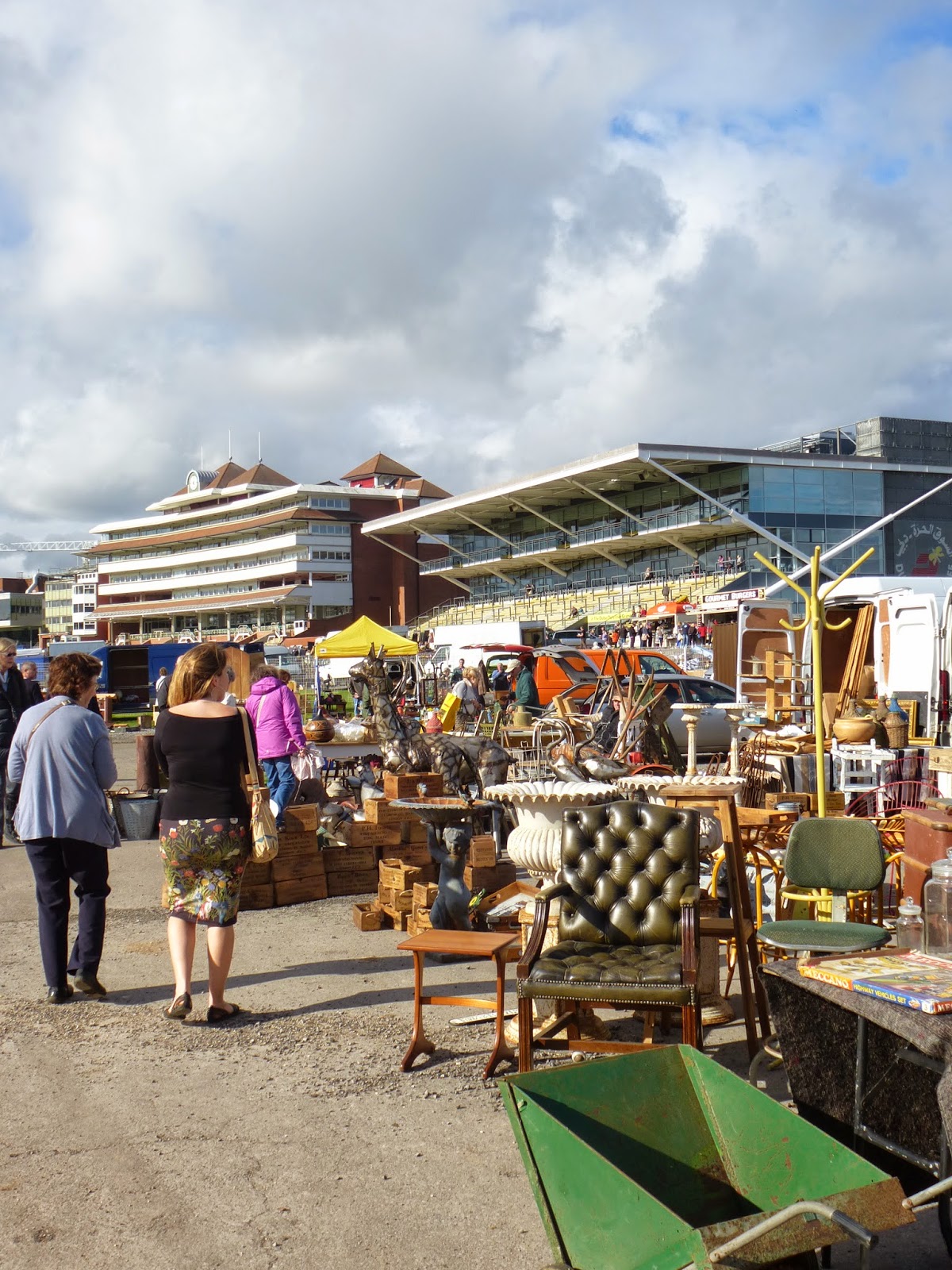 There were stalls which had a particular theme and stalls which just had a general mish mash of items all thrown together. There were also stalls where it looked like the owner had just done a quick trip to France and bought out the contents of a brocante. My favourite were the kitchen paraphernalia stalls; I was looking for an old enamel colander - the handle fell off mine recently and I wanted a new one, but couldn't find any that grabbed my fancy. I was very tempted by an old enamel ladle but finally decided against it because it had a red handle - if it had been pale blue, I would have bought it. 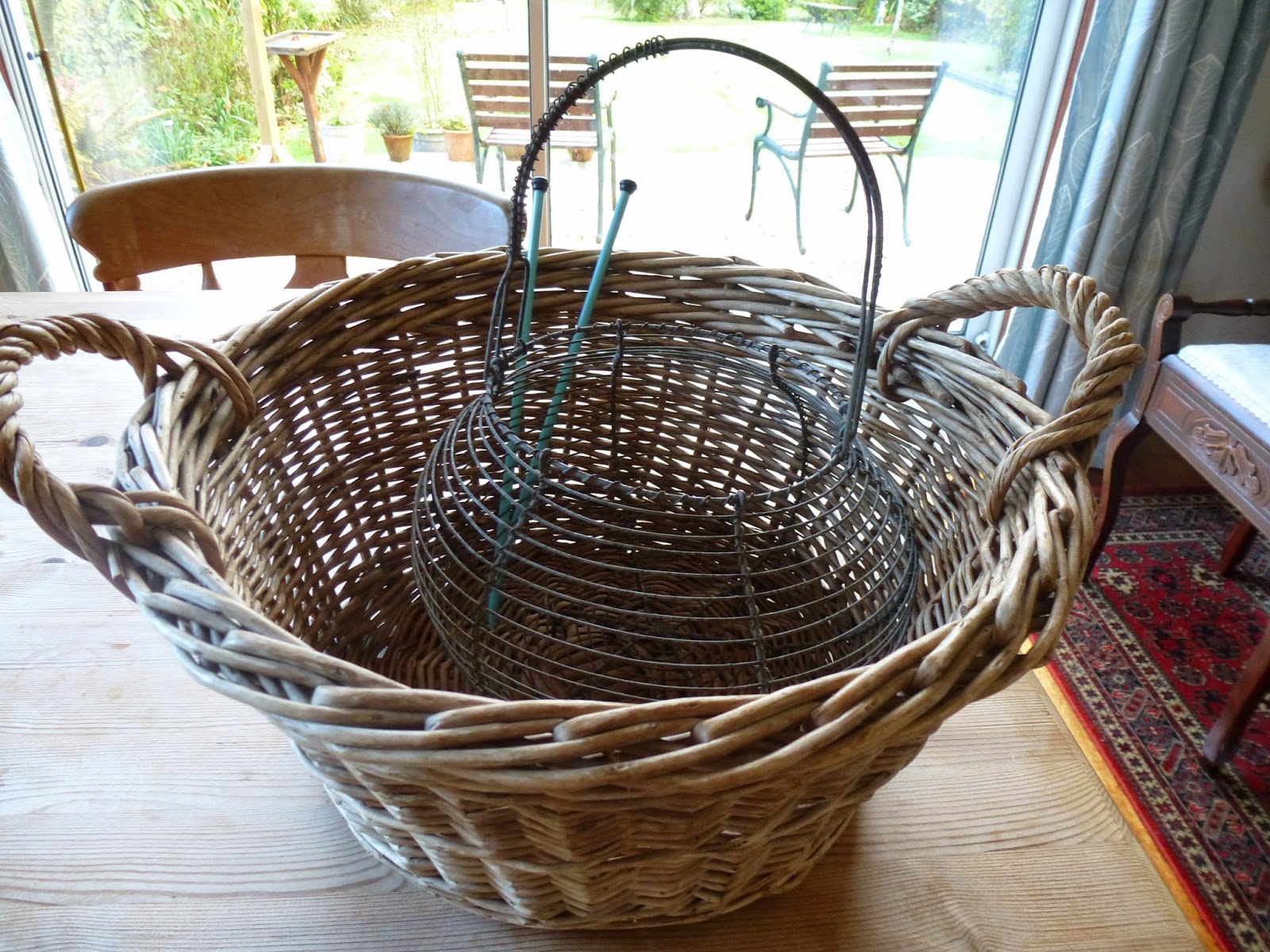 I did make a few purchase though: a pair of old knitting needles (see, I do like a nice pale blue!), a (French!) wire egg basket and a small wicker basket for some of my yarn. I love a nice basket - I made a wicker log basket a few years ago and so appreciate the amount of effort that goes into making them.

I also loved this stall with its collection of furry friends and felt so sorry for them when it started to rain! 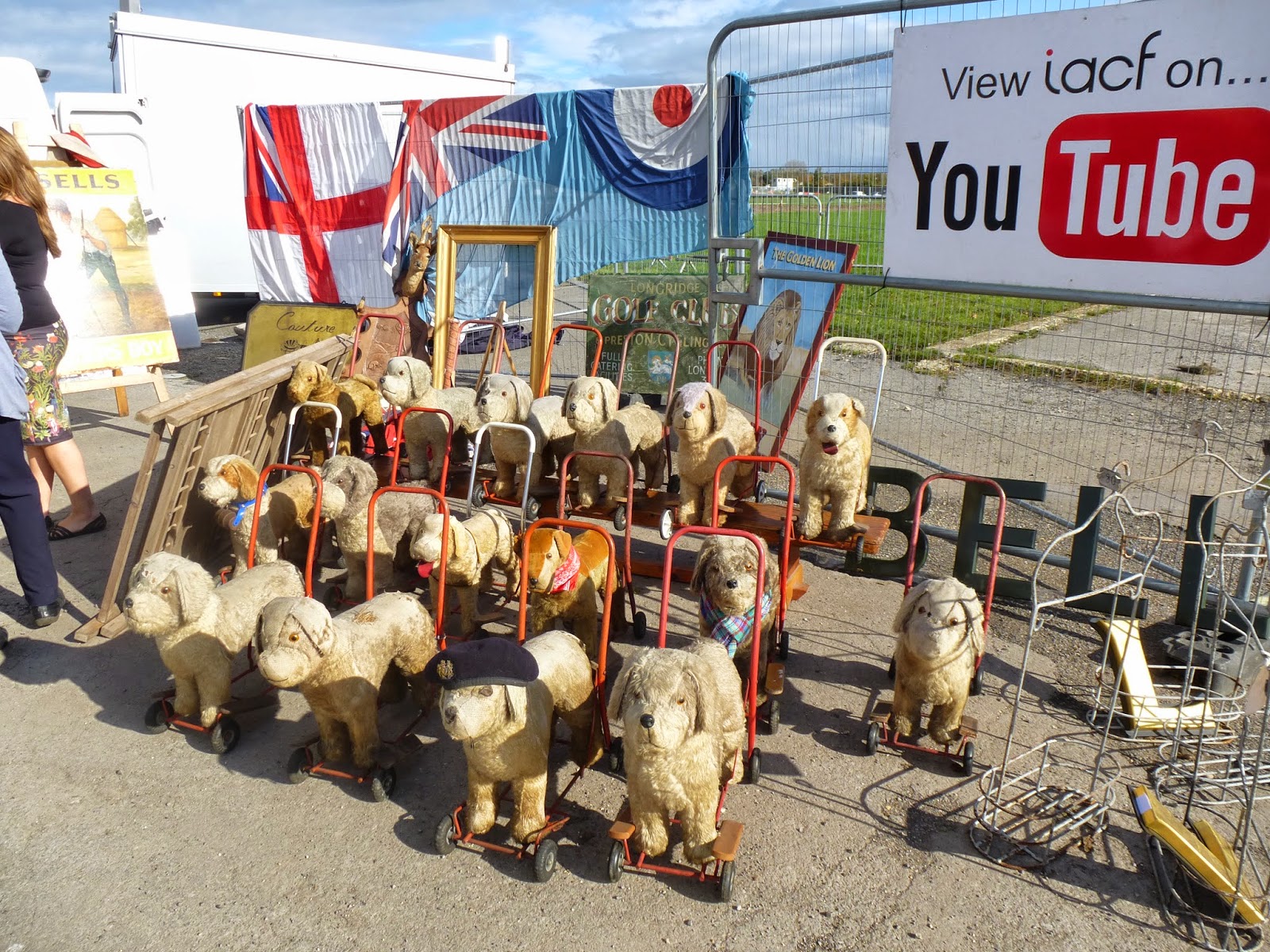 So, that was the antique fair - I loved it and plan going to another one that they have scheduled for just before Christmas.

The other 'new thing' on my list this week (yes, 2 in one week!) was a tai chi session. There is a festival going on in a nearby town and I happened to pick up a copy of their brochure in the local library. There were a few things that we liked the look of - the classic car rally from a couple of weeks ago being R's favourite - but the only other one I could fit in was a tai chi session in the parish hall. There isn't really much to say about it - I enjoyed the tai chi itself; it's very calming and the movements are beautiful and I'm sure it's excellent for balance and coordination. My only problem was that I found the parish hall to be incredibly depressing. It reminded me of village hall run playgroups when my girls were small, that I put up with so they could socialize but which made me want to run for the hills. The fact that it was on a main road with the sound of lorries thundering by didn't help the mood either. So, despite enjoying the tai chi, I decided that it was too far to go every week for the session, too depressing and too much - I already do pilates, swimming, aquarobics and zumba; I don't really have time for another form of exercise, but it was interesting as a one off.

Other happies this week include:
Helping E to make a  gluten free 'Pusheen cake' for her friend's birthday: 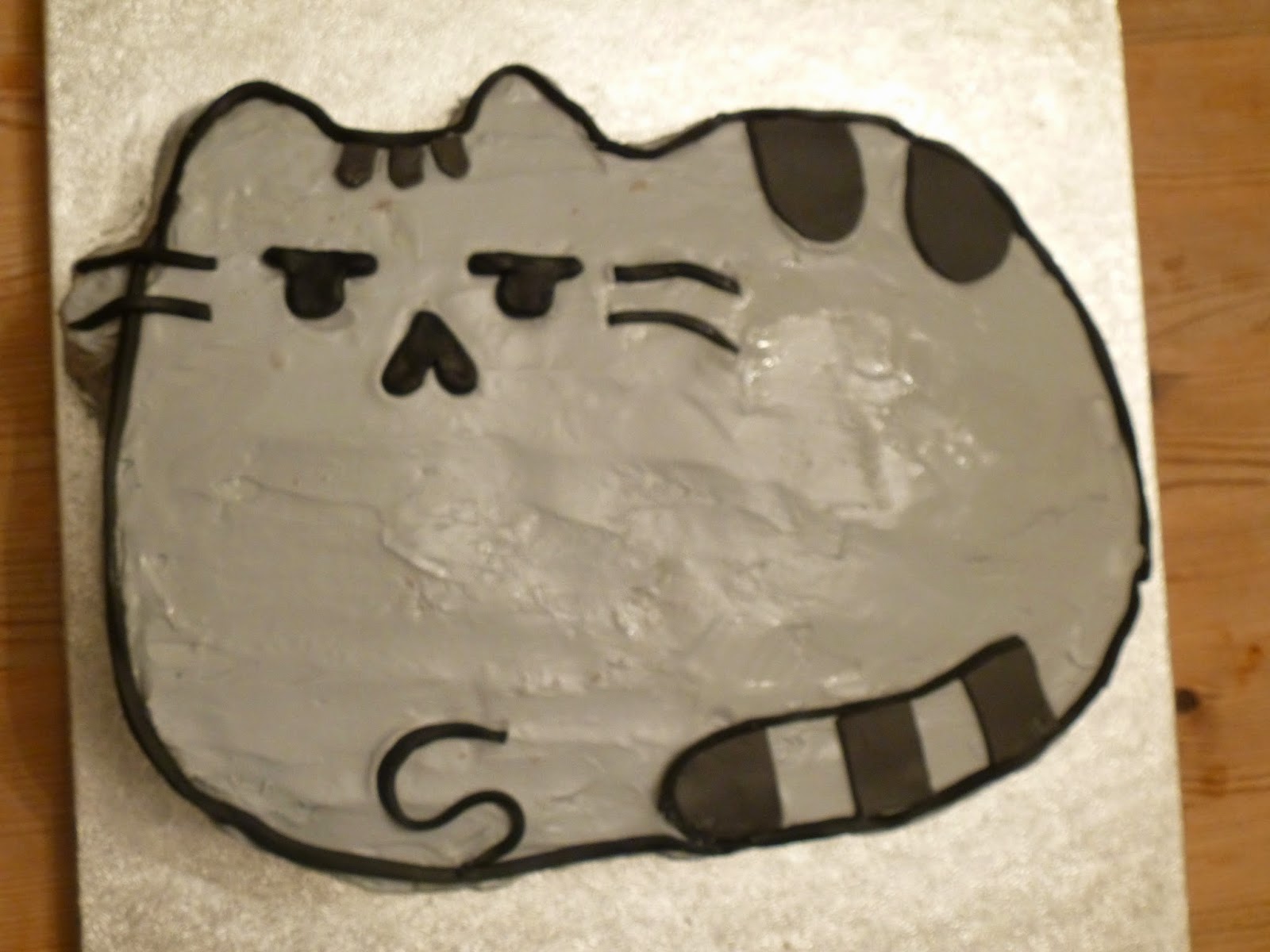 Helping E to make 'Zeus cakes' for school - they have a Classics department meeting once a week and there is now a cake rota! 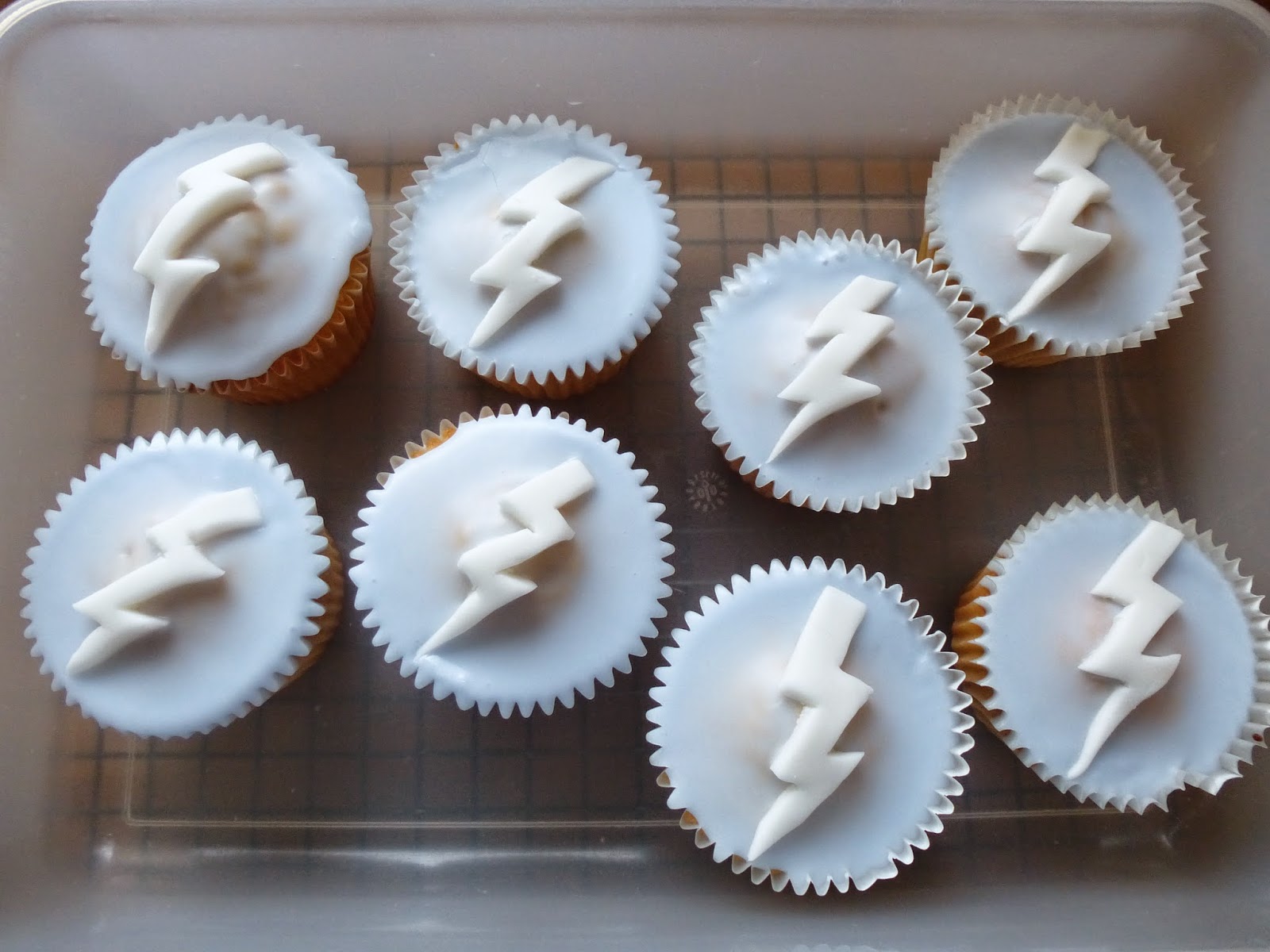 Starting my hooking picture - this is quite quick and fun. I had intended to try and recover our piano stool with it but, unfortunately, I no longer think it's suitable - E declared that she wasn't sitting on 'that' as it would be too bumpy! 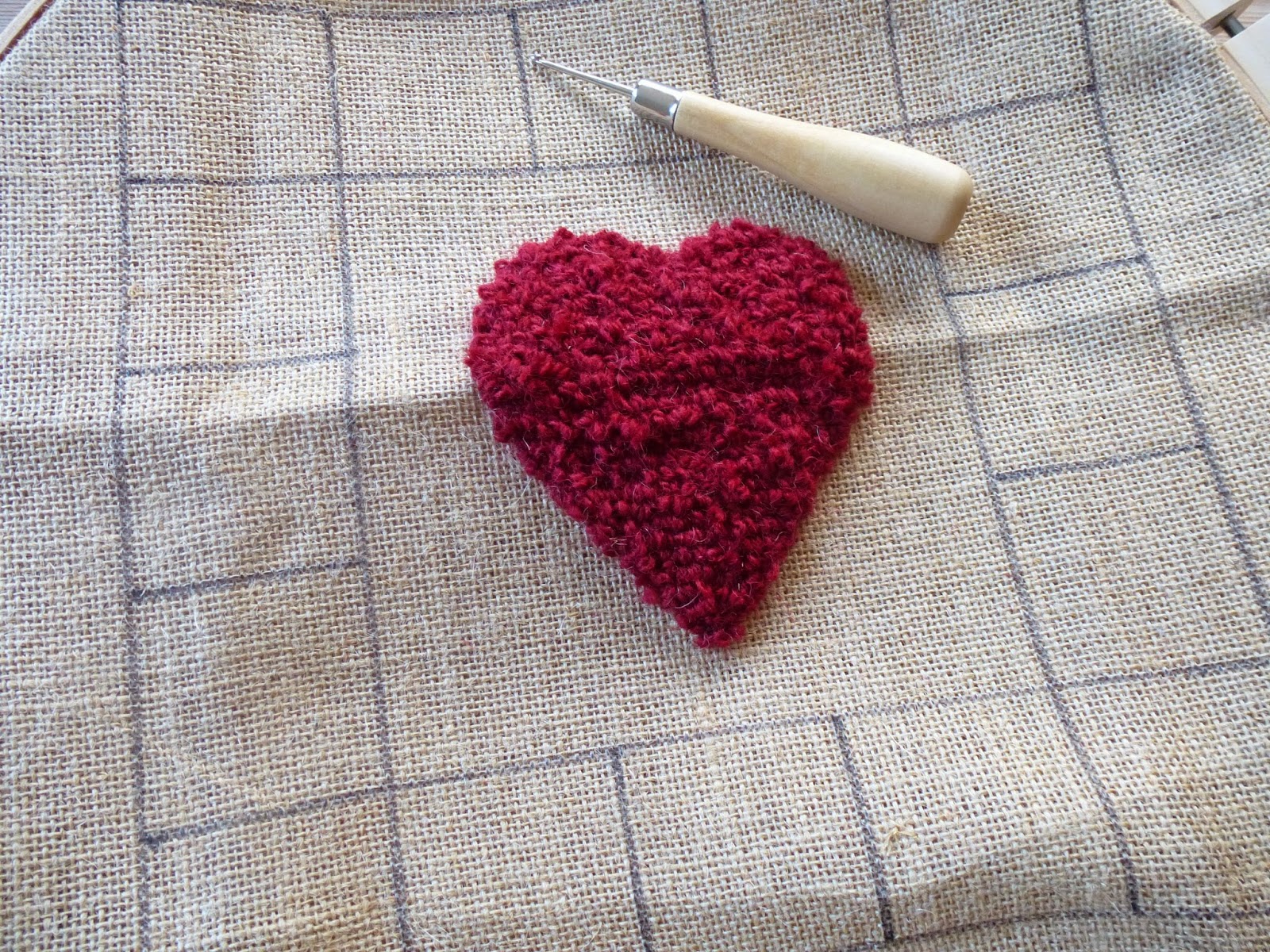 Starting to knit my first sock. 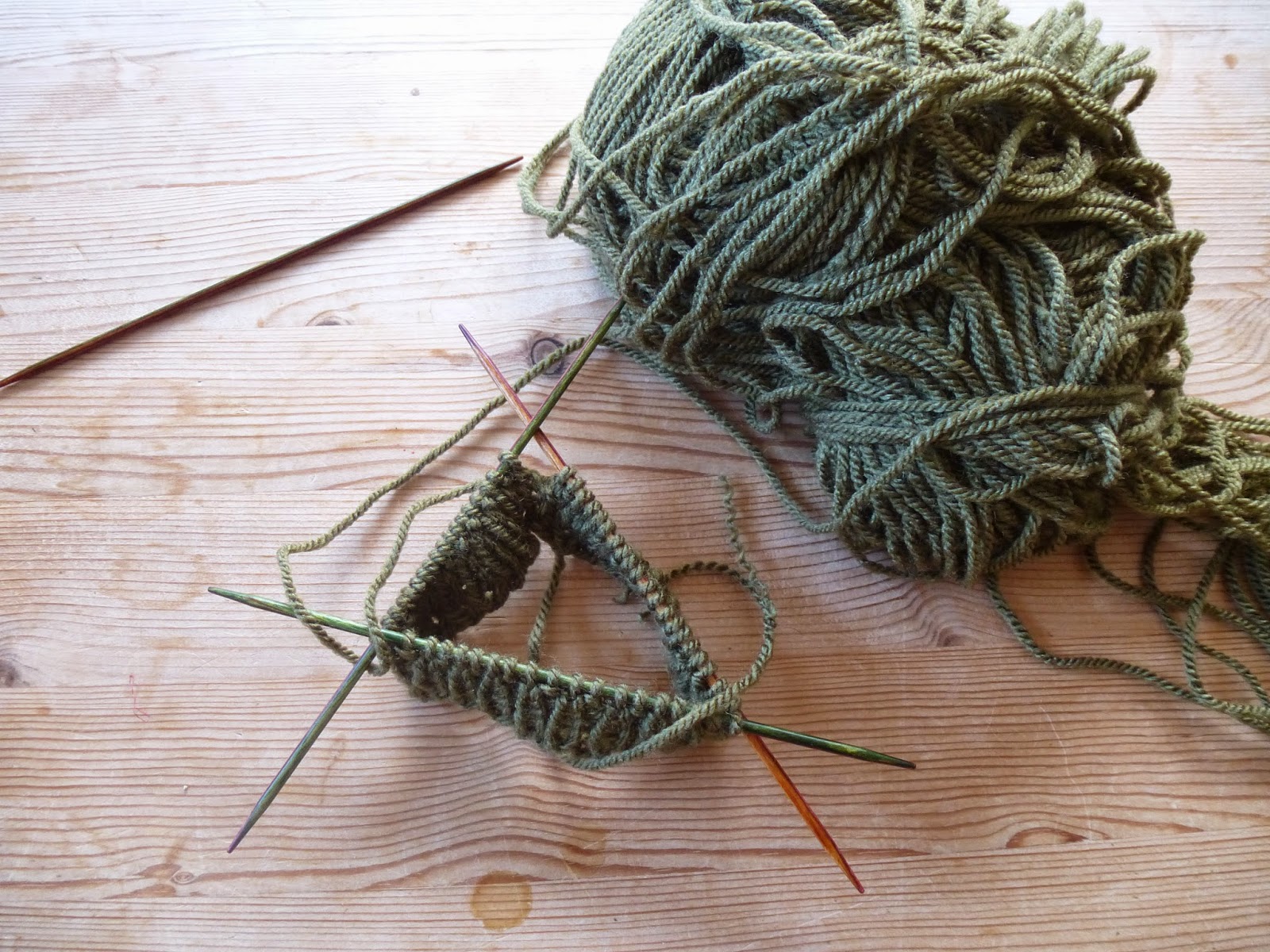 I have really struggled with everything about this, from casting on elastic stitches (I had to watch the you tube video about 10 times!), ribbing (after several attempts I realized that I wasn't transferring my yarn back and to between the knit and purl stitches and that accounted for the stitches dramatically increasing in number!) and just generally struggling to hold 4 short, sharp needles and stop the stitches from falling off! I started with my lovely pheasant yarn but quickly decided on a trial run with some yarn left over from the 'Manly Blanket' instead. It may take me a while!

Finally, Newbury Apple Day! A few years ago we visited the Apple Day in Cambridge's botanical gardens. It was fabulous with a huge marquee, various activities and apples ranging from A-Z to be tasted and bought. We spent the whole day there, had a fabulous time and all remember it fondly. Unfortunately, Newbury's version didn't quite live up to our expectations ............. one stall in the market square! 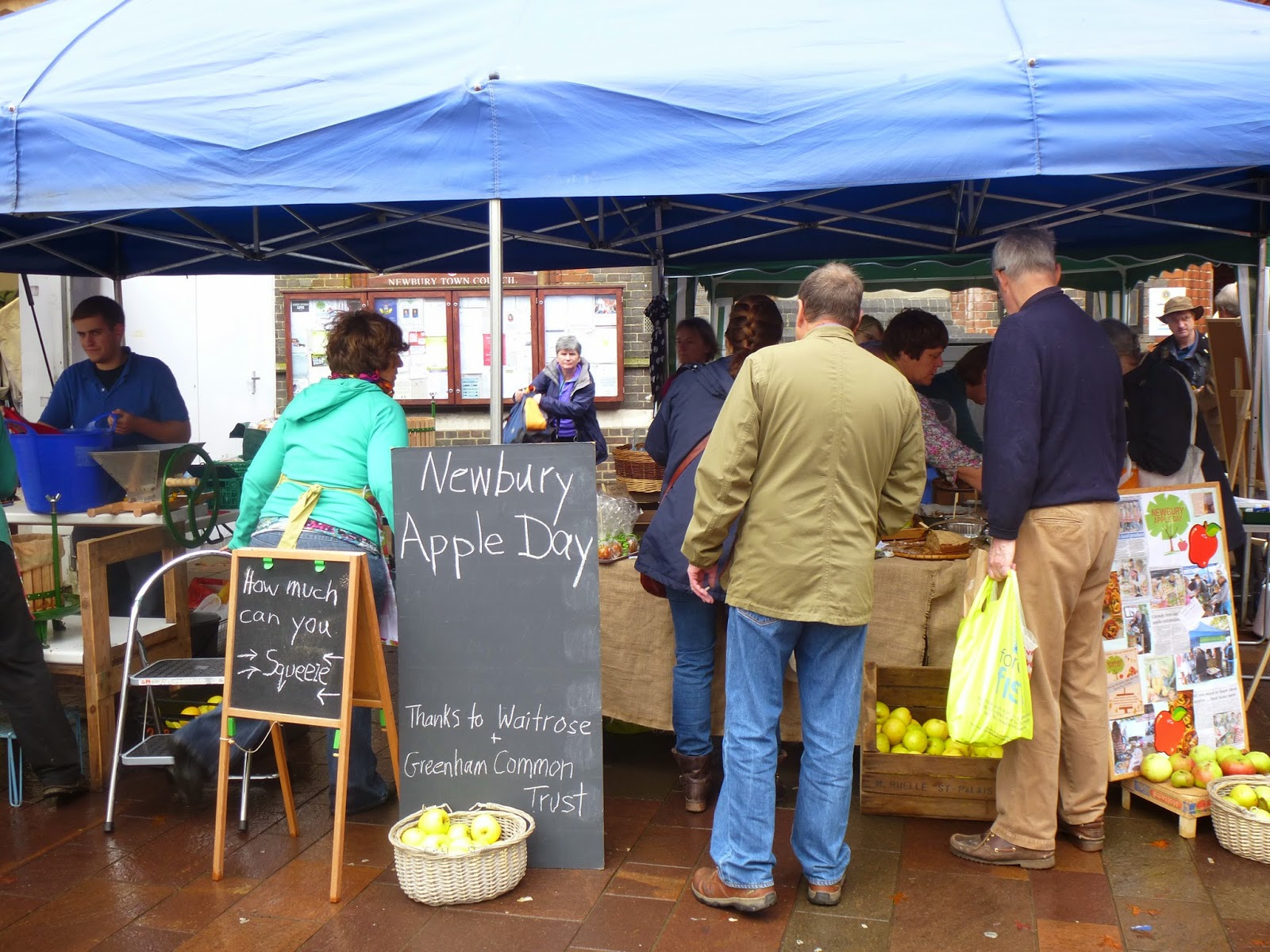 It's half term this week and I'm off to Oxford today to collect E from her 'sleepover' with L. Have a lovely, restful week and cross your fingers for some better weather.

Posted by VeggieMummy at 02:58