Our local library is currently running a 'LibraryFest' which includes lots of FREE workshops! Yesterday, L and I went along to a lino cutting workshop, run by artist and printmaker Mark Webber. Unfortunately, E was at her orchestra practice - she would have loved it. 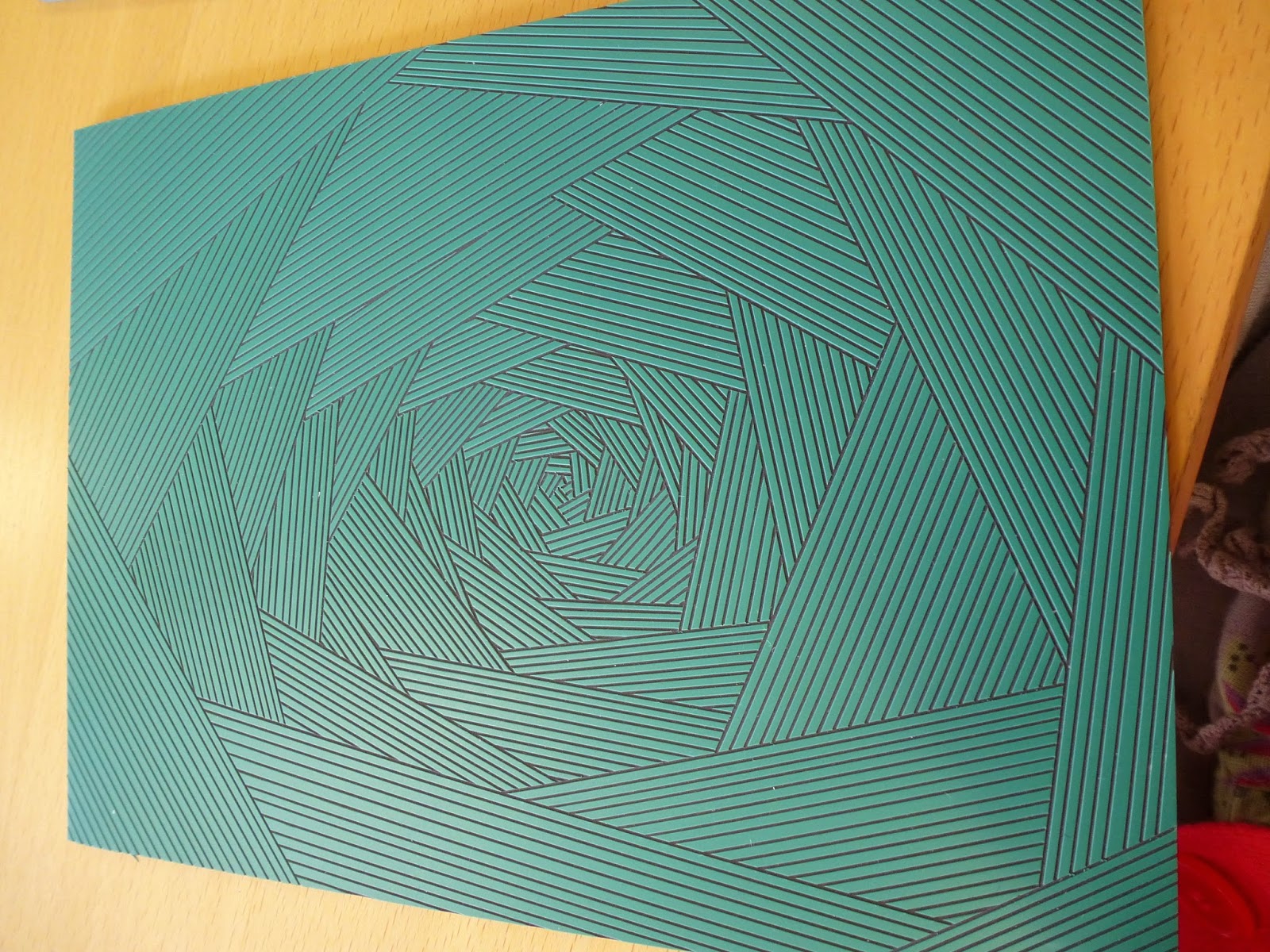 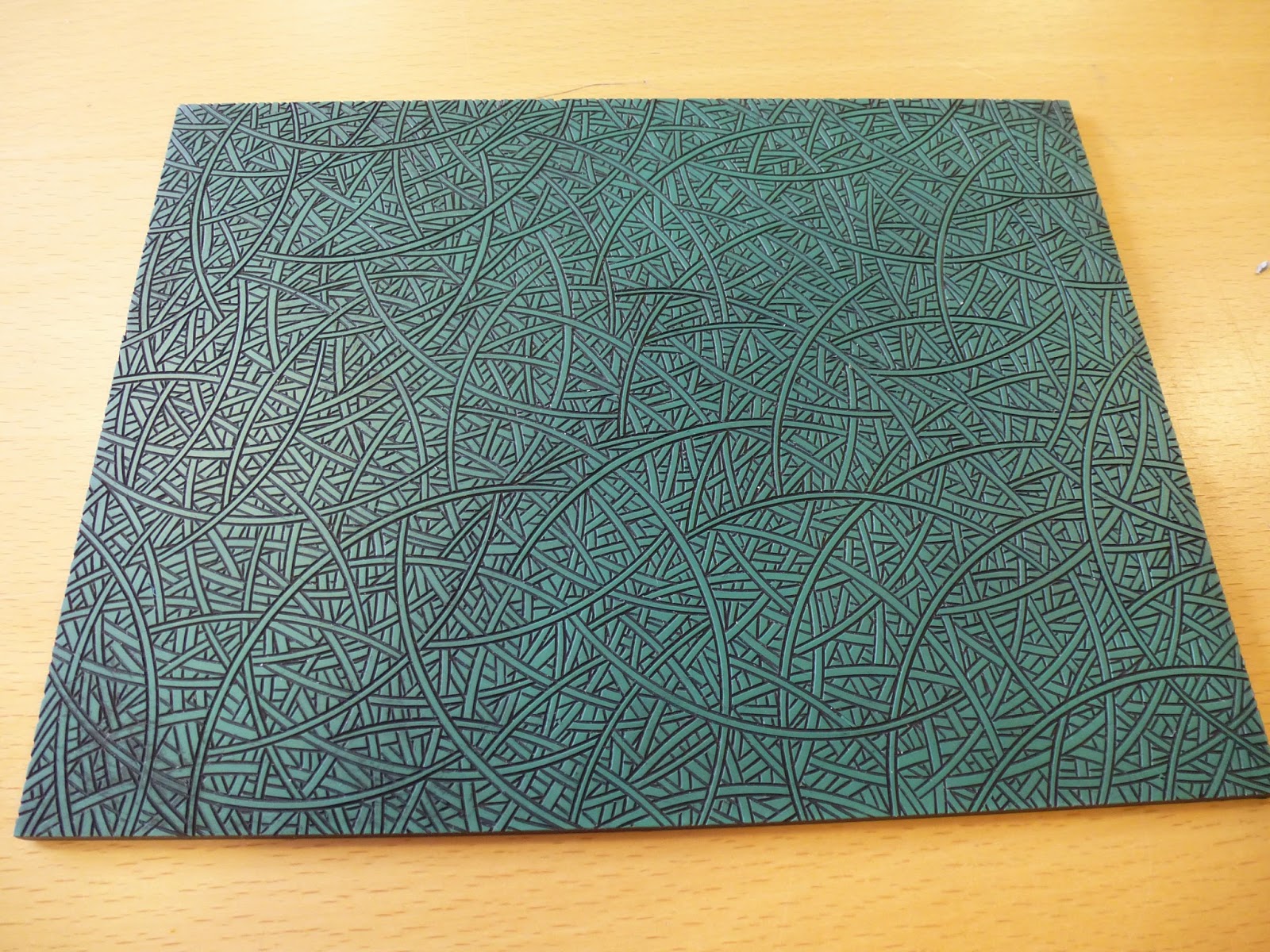 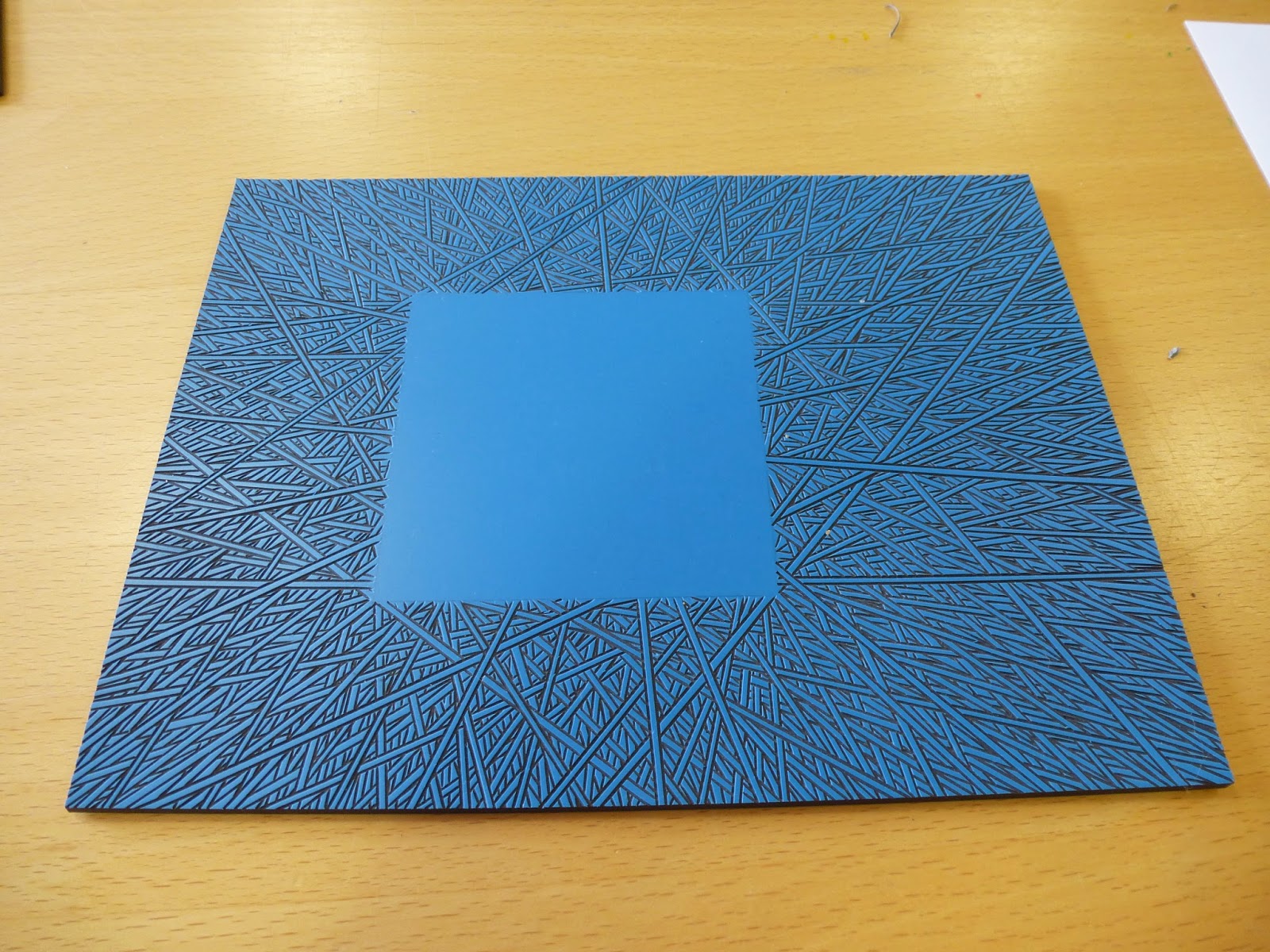 Aren't they amazing? Ours were going to be a much more simple affair. I had Christmas in mind and wanted to do a design that I could use to make cards, hence the Christmas tree in March! L flicked through a book for inspiration and then decided to do a windmill scene.

First we drew our design onto thick paper. 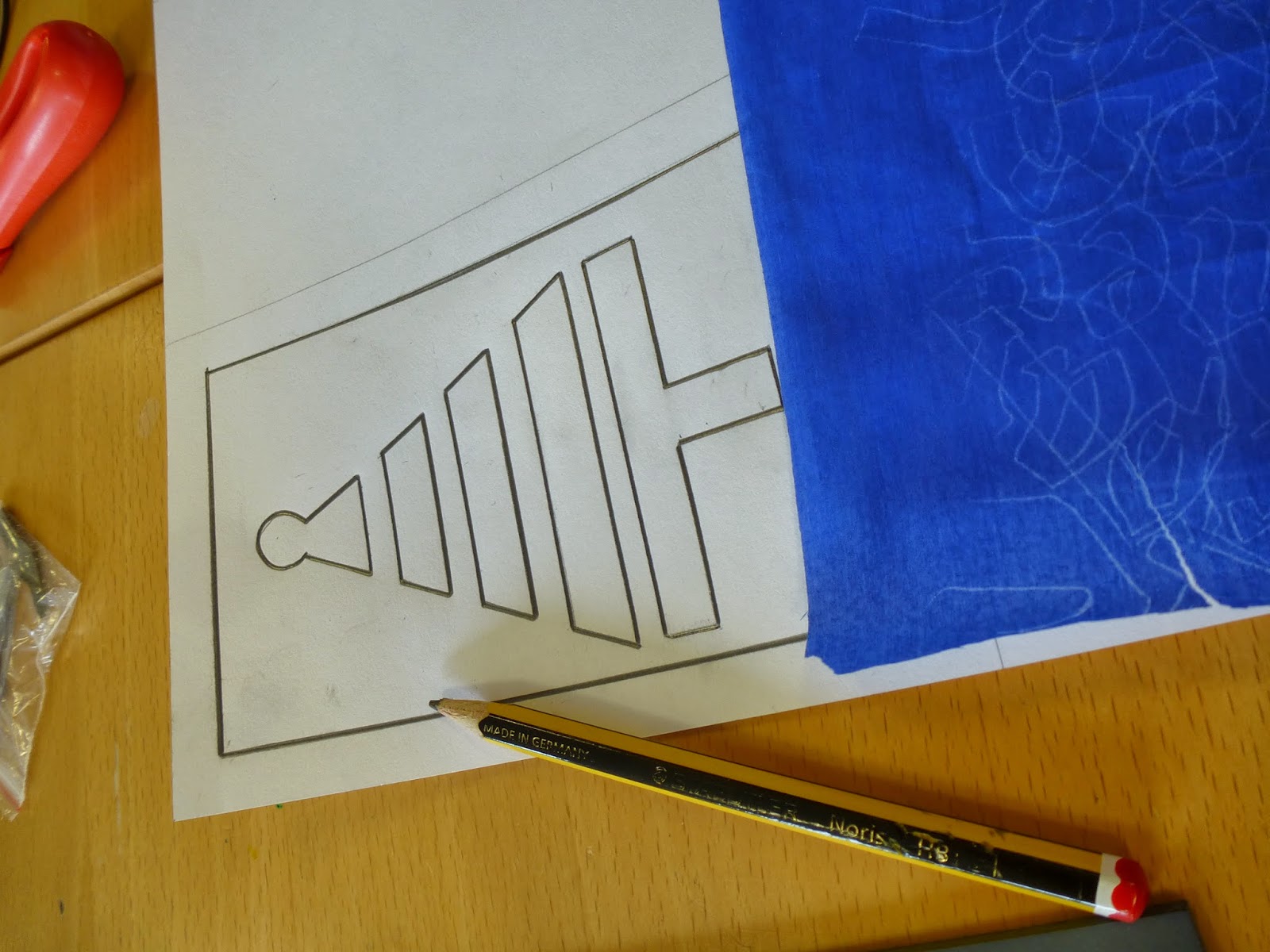 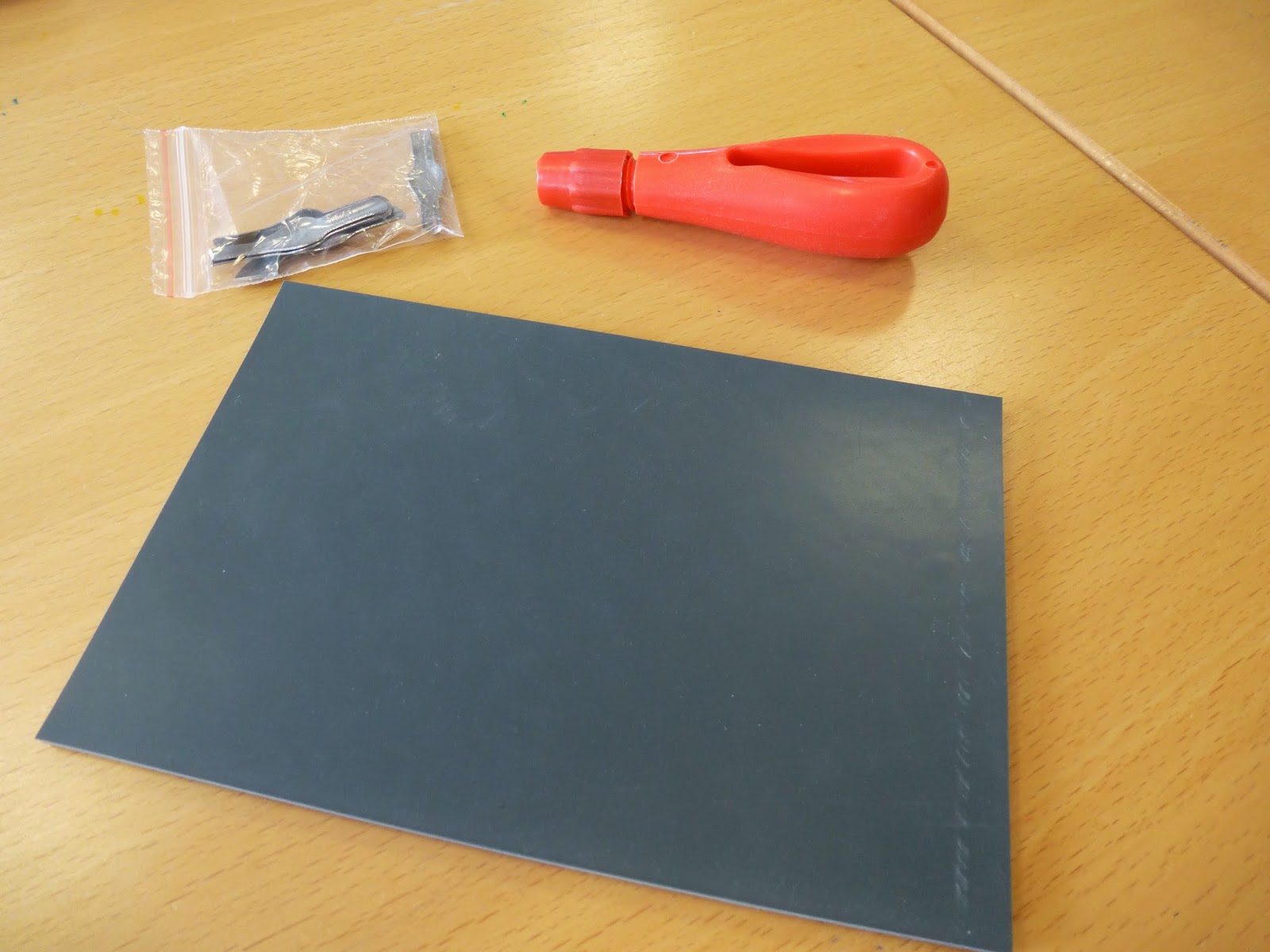 Then we placed the paper over the lino and, using transfer paper, went over our designs with a pencil. You had to press quite firmly and I think some sort of clear ruler would have been very helpful for mine but I wasn't very well prepared (This is me trying to explain why my tree looks a bit wonky!). 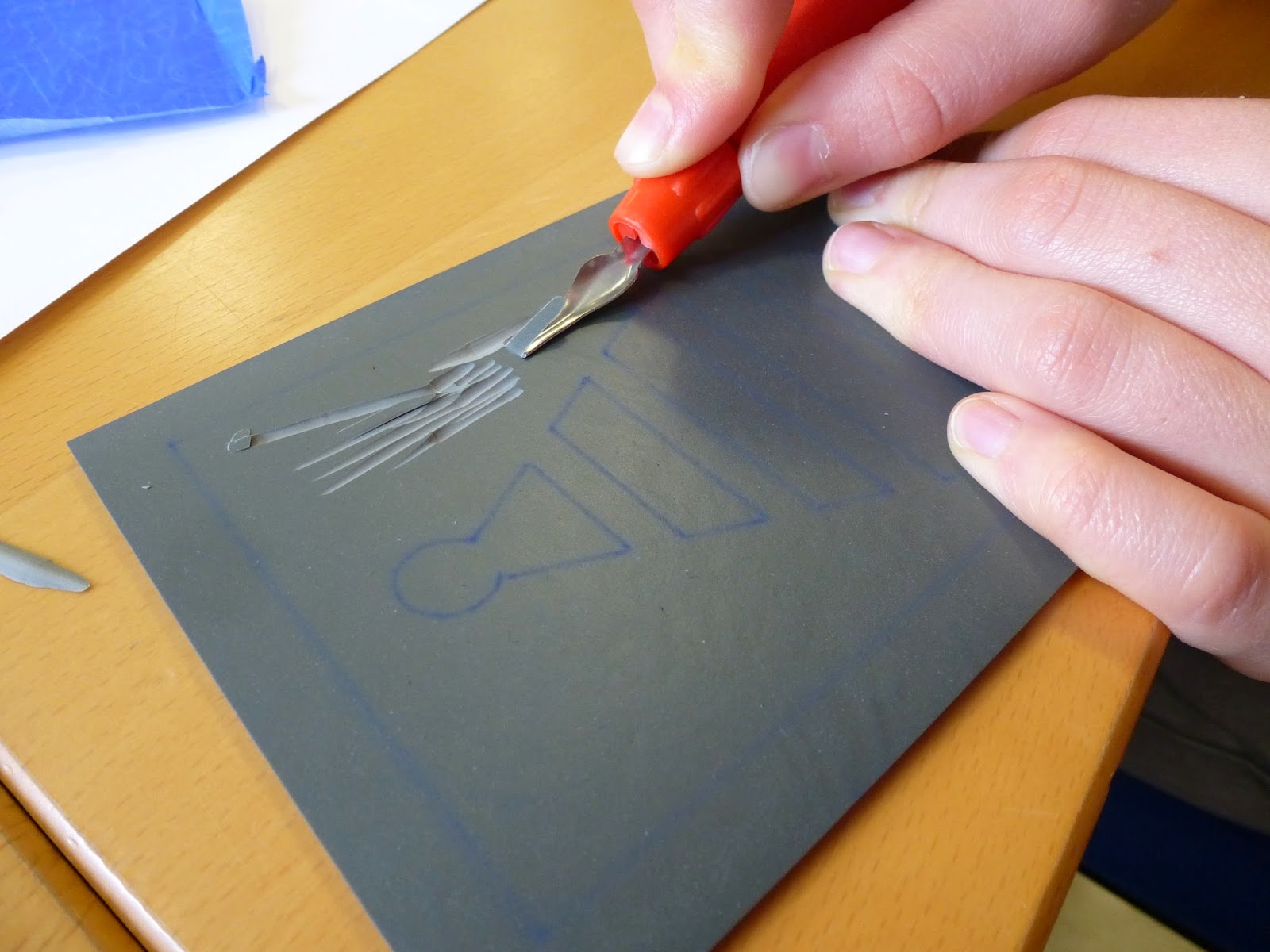 The design was now on the lino and we CAREFULLY, making sure to keep both hands behind the cutter, cut out our design. I remember having a go at lino cutting at school, many moons ago. Our art teacher warned us to "be very careful girls, I only have two plasters." - I used both of them and still have the scars to prove it! Fortunately, no blood flowed on this occasion. 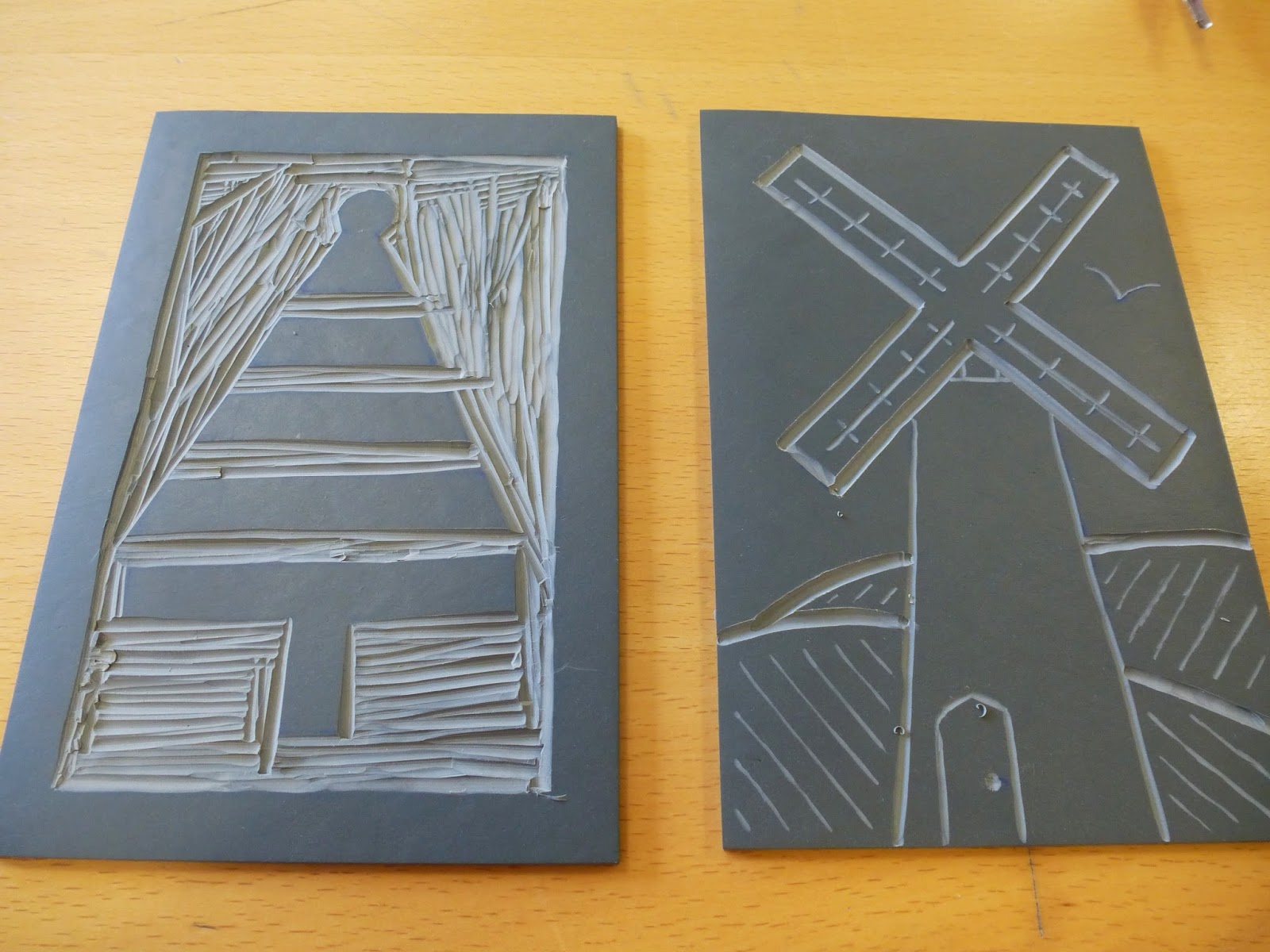 We used a roller to apply paint to the cut and had fun rolling it through a press - apparently, circular motions with the back of a spoon work just as well though. I loved some of the designs done by others at the workshop - one lady made a cut of her house name, Pear Tree Cottage, and a lovely picture of a pear. You have to be careful including writing though - it has to be done as a mirror image and I'm not sure I would have managed that.

Ready to see our designs? 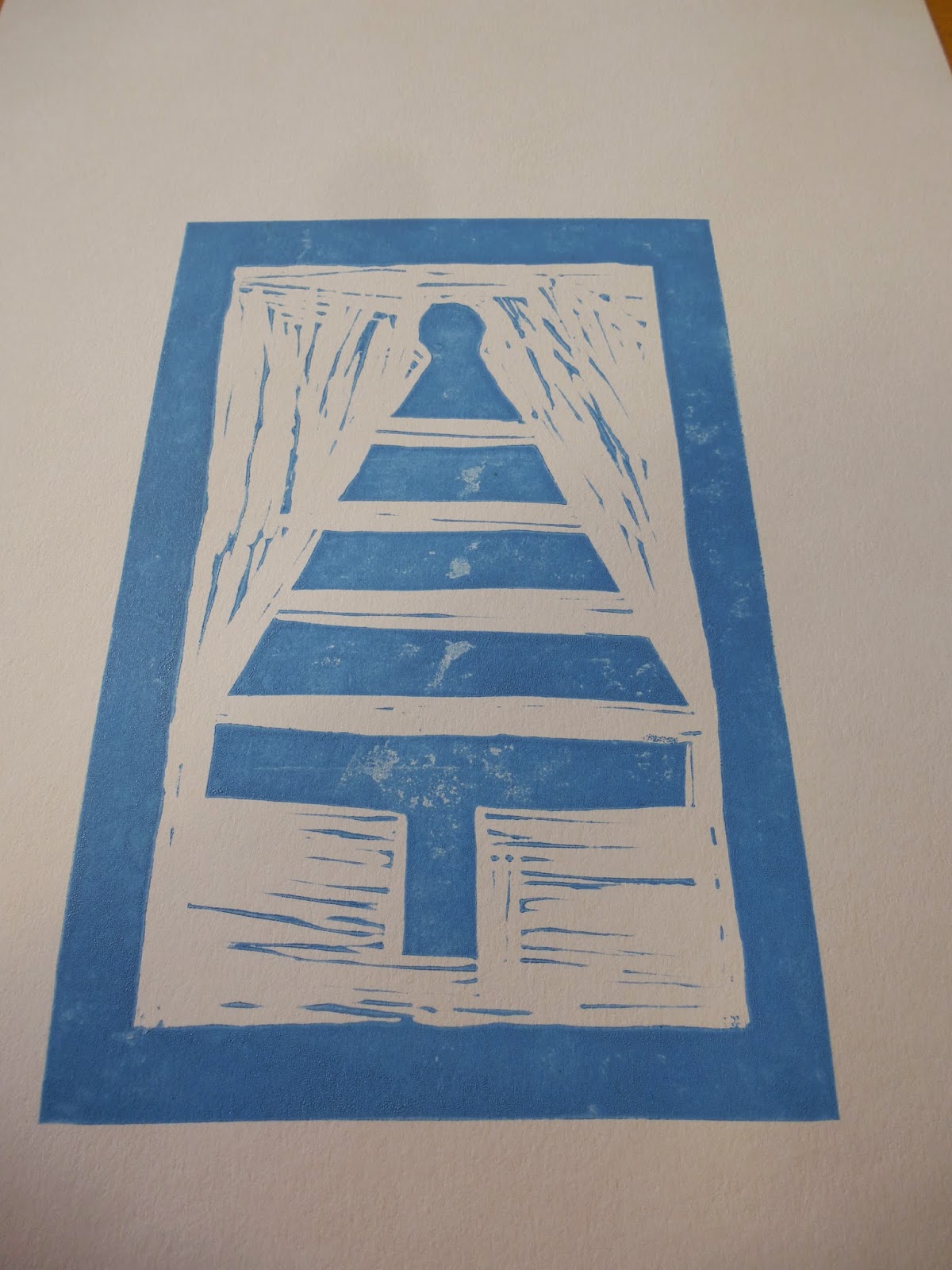 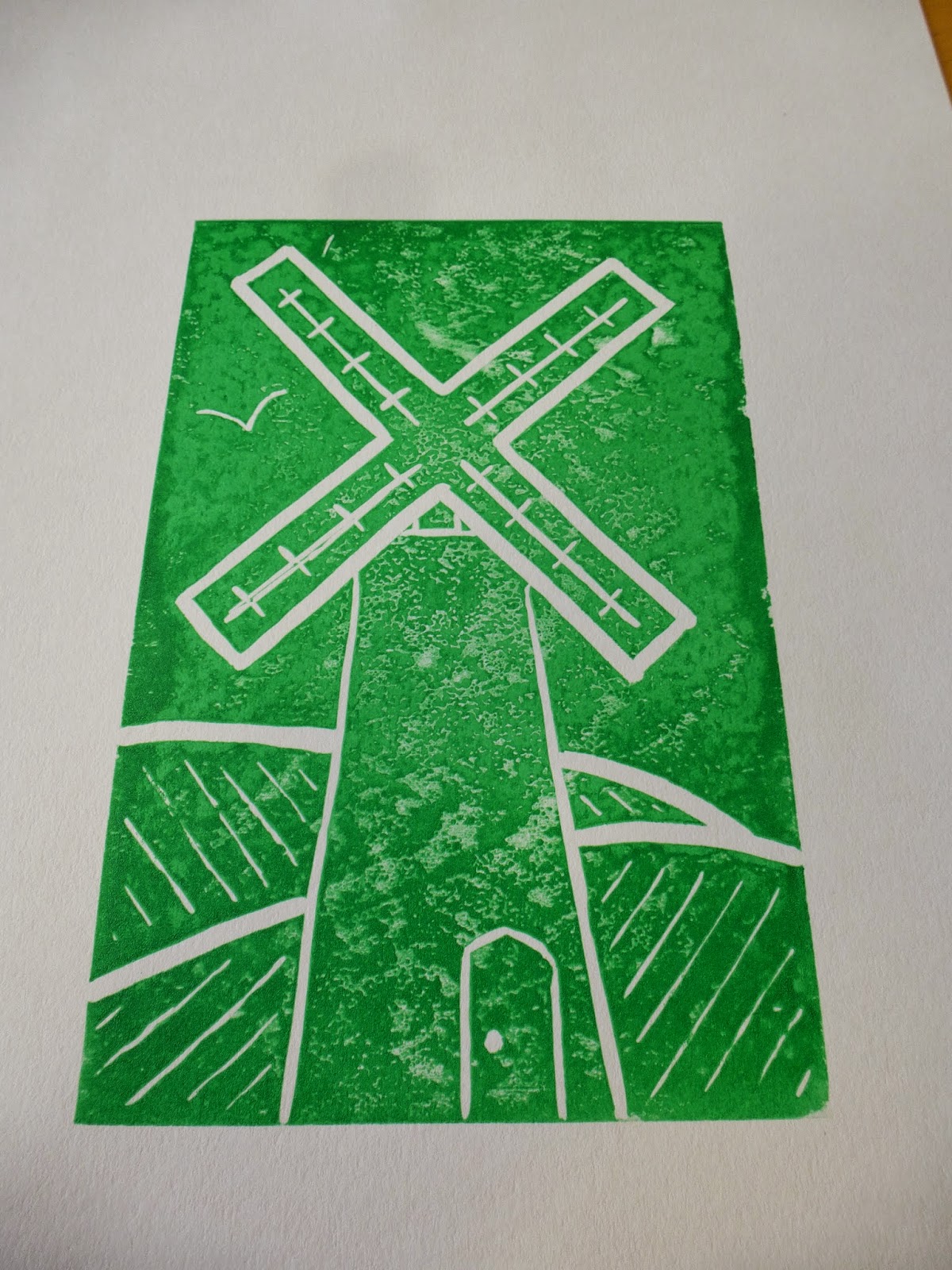 Not quite up to Mark's standard but we were rather proud and it was great fun.

When we came out we were ravenous. Luckily, it was market day so we bought some 'Lentil Fingers' from the Turkish food stall and had an impromptu picnic by the canal. They taste a lot better than they look - lots of chilli and coriander - Yum! 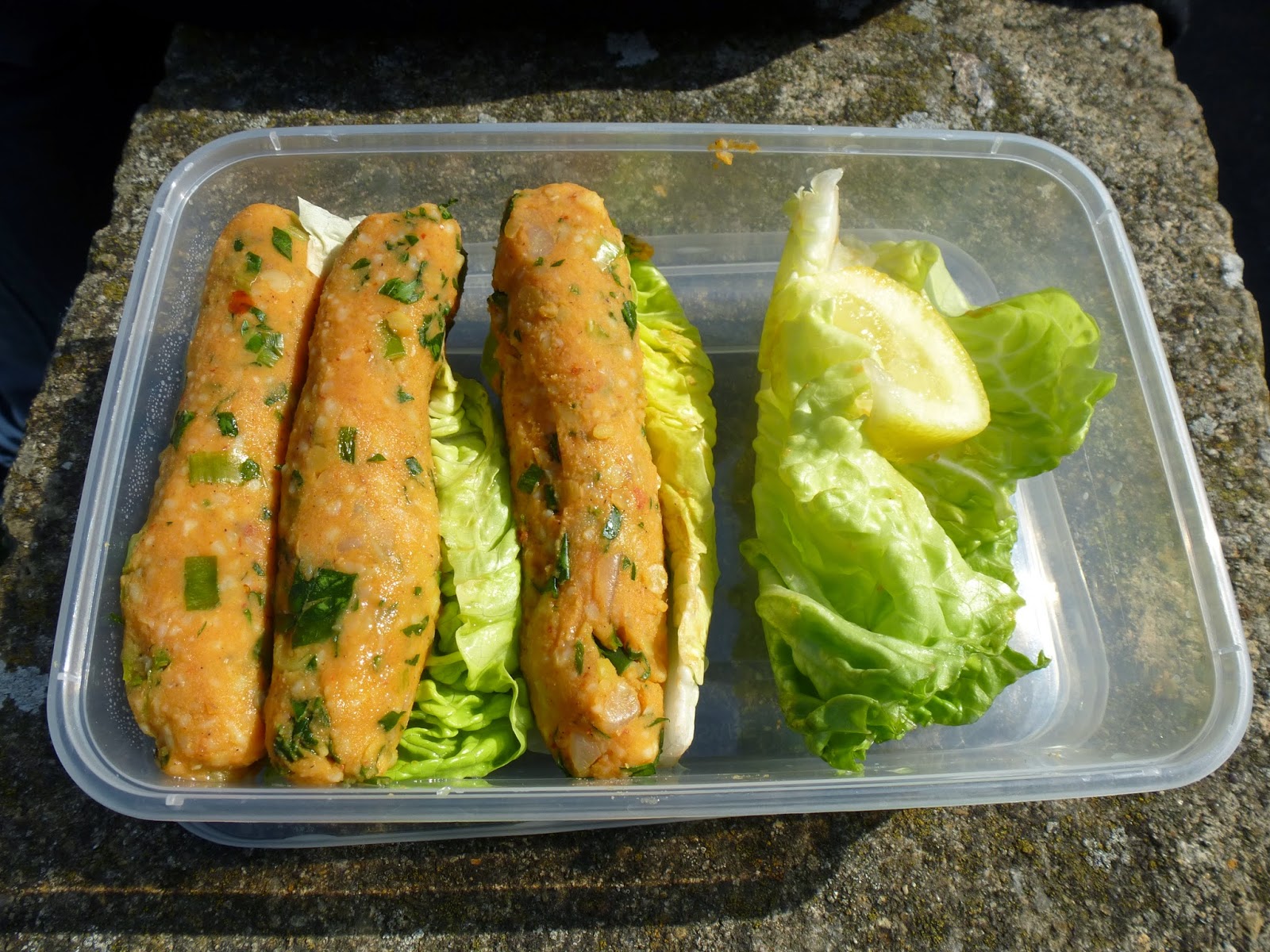 Anyway, that's the Christmas cards sorted for this year. We might use L's to make a few birthday cards too.

I was very fed up recently when I bought a card from Smiths for a friend's birthday - £3 something! It didn't even look terribly special and when you've added the ridiculous price of a stamp these days, that's nearly a fiver, just for a card! So the other day, L and I enjoyed a merry hour playing with Washi tape. 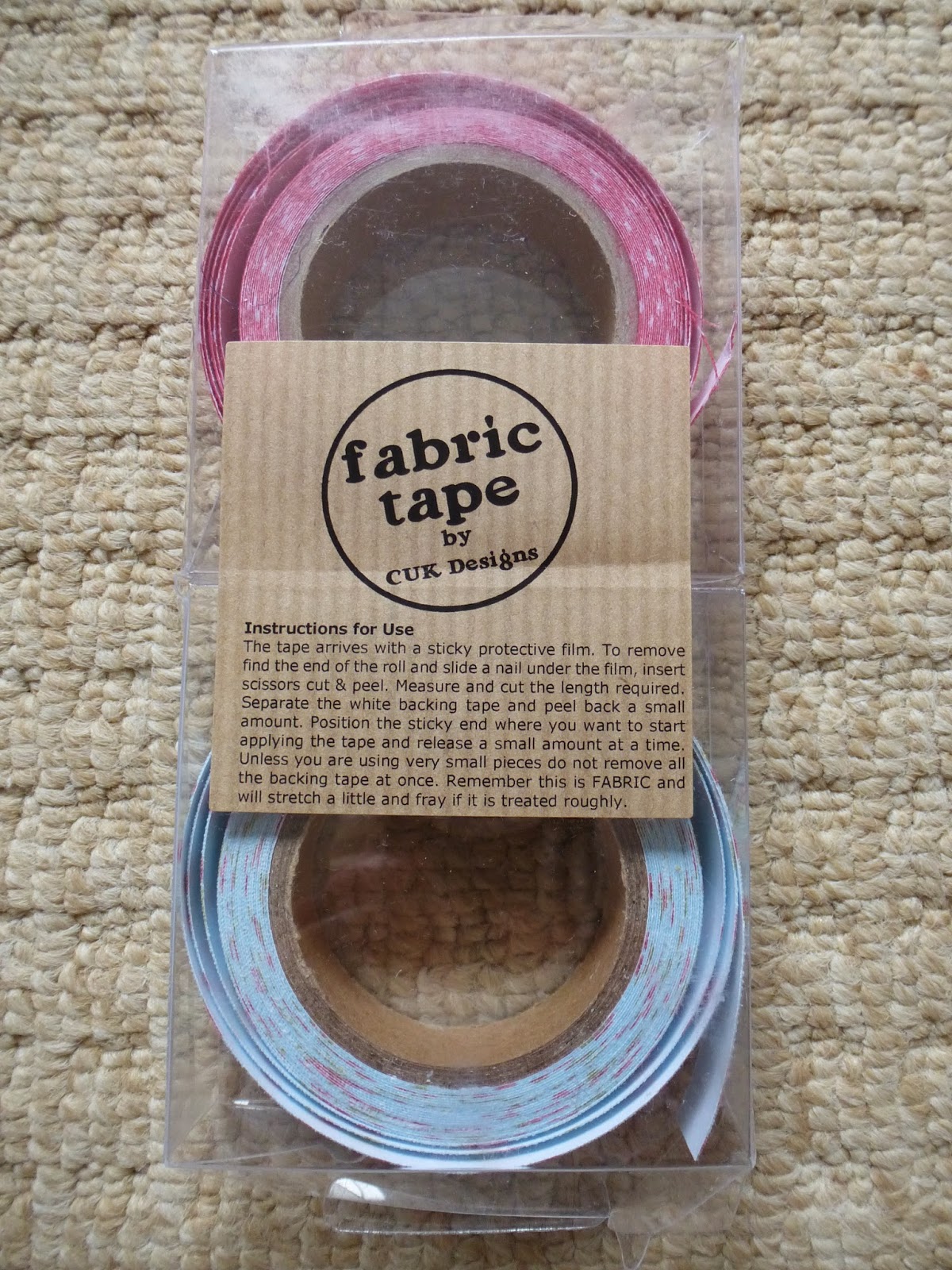 I've seen it recommended on a few blogs and was inspired by some lovely card designs done by Gillian at  www.talesfromahappyhouse.com. The card came from The Works and was only £3.99 for 50 cards and envelopes, so they work out much cheaper than bought ones. I made the bunting one and L made the heart (It subsequently made a reappearance, with a few modifications, on Mothers' Day! I'll post more about that later in the week). Somewhere I have a set of alphabet stamps from when the girls were younger - somewhere! I think they might be lurking in Keith's Cupboard (see poem by Michael Rosen)  and so L did the writing. I did feel slightly wary posting one to my old school friend who lives in a million pound jobby in London but I'm hoping she appreciated the thought! 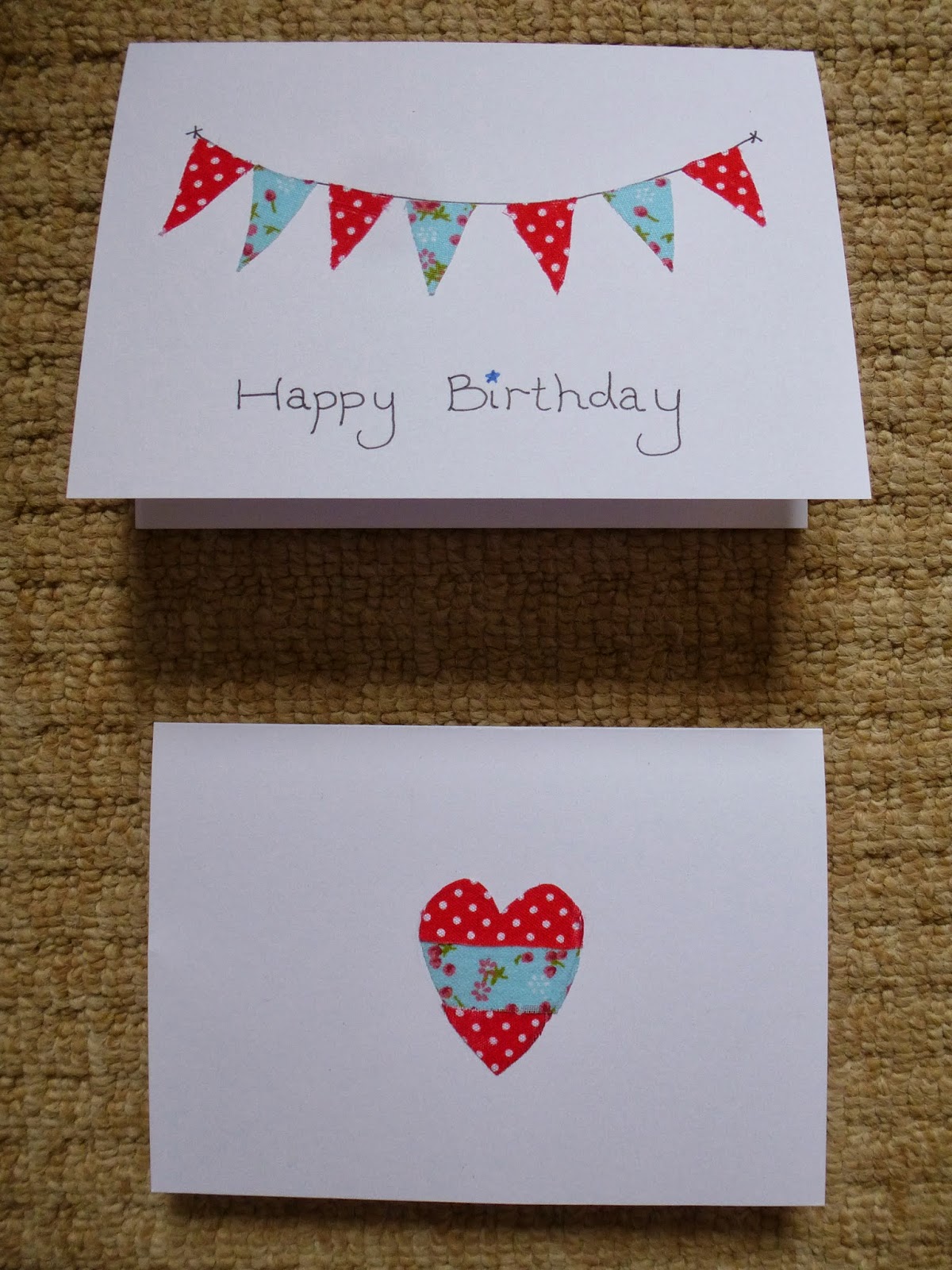 If anyone else have any ideas for cheap, quick and easy cards, I'd love to hear about them. I've also just finished my Attic24 inspired Stripy Blanket, so a Ta-Dah post is coming as soon as I can take some half way reasonable photos. I hope you all enjoyed a lovely, restful Mothers' Day. Toodle Pip for now. x

Posted by VeggieMummy at 13:35