I have great sympathy for Brenda from Bristol. We're only one week into the election campaign and I'm already fed up to the back teeth with it all. Any day now I'm expecting a knock on the door from our MP, asking if we will be supporting him in the forthcoming vote. I might be less cynical if we saw him at any time other than a looming election. I find myself irresistibly drawn to programmes like the Andrew Marr and Andrew Neil shows, but then have to fight the urge to throw things at the screen. It's bad for my blood pressure, so here are my recent attempts to distract myself from politics and find some inner calm.

A trip to Oxford to meet L's boyfriend's mum, J. They recently sold their house and are renting nearby whilst house hunting. As we haven't seen each other in a while, I suggested that we meet in Oxford for a catch up over coffee and a cake in Blackwell's.  Here are the photos I took walking from the park and ride bus stop. 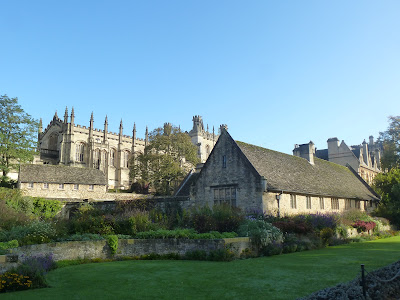 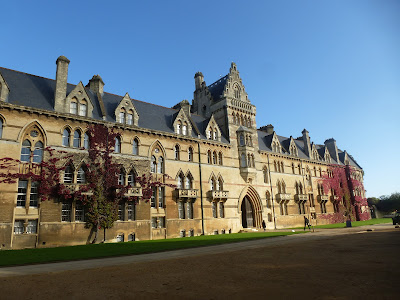 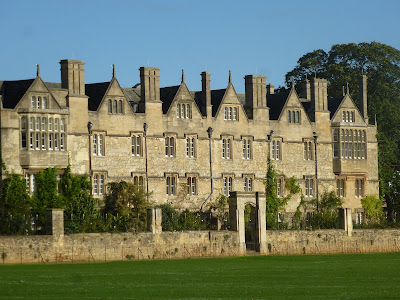 A trip to the Chiltern Open Air Museum. My favourite building was the prefab shown below - because my grandmother lived in an identical one! 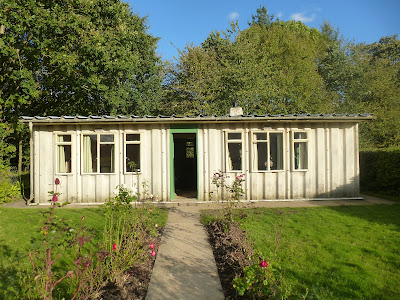 This is an exact replica of her kitchen - I think the green was compulsory. They were designed as a quick to erect form of housing following the bombings of the war. I was impressed with the amount of storage, the electric fridge and the adjoining vegetable patch. Residents were given ration coupons to buy curtain fabric and furniture. They were poorly insulated though and terribly cold in the winter. 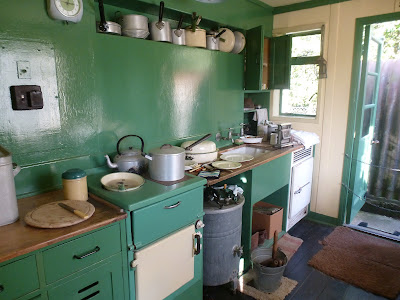 I always find kitchens one of the most interesting bits of old houses - here's another one from a cottage at the museum: 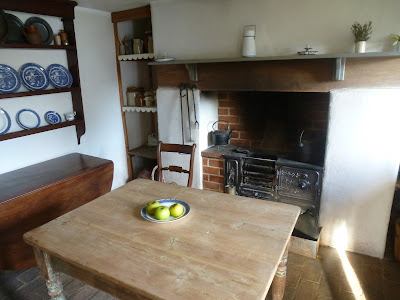 There's been a lot of knitting going on: 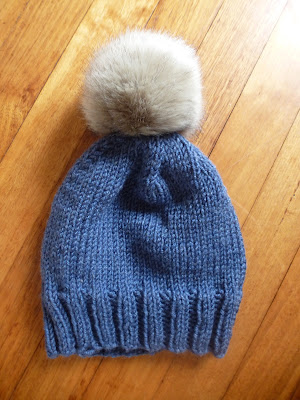 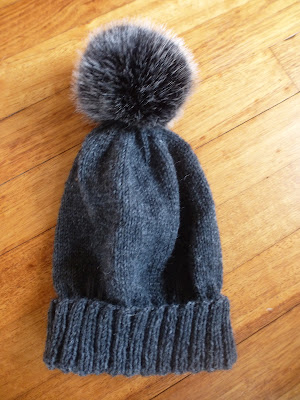 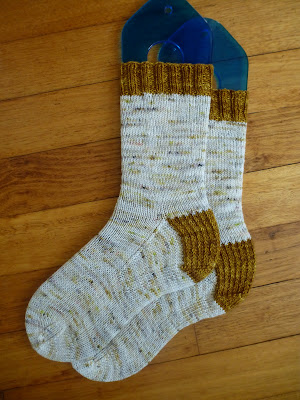 Trying my hand at upholstery with fabric from the Knitting and Stitching Show and footstools from a charity shop and a car boot sale. There's just enough fabric left over to recover the piano stool, but I need some upholstery tacks first. 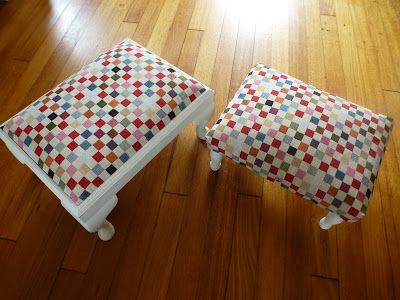 Painting a shelving unit found at a yard sale: 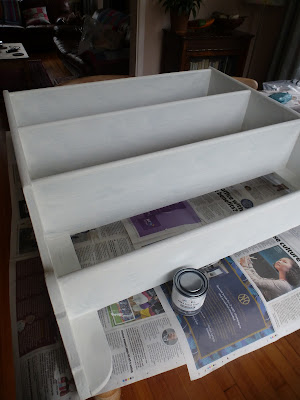 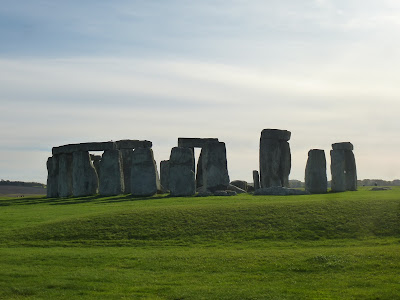 Enjoying my 'Christmas' cactus - this is the first one I've had, so I don't know if it's supposed to flower now or if it's a little premature! 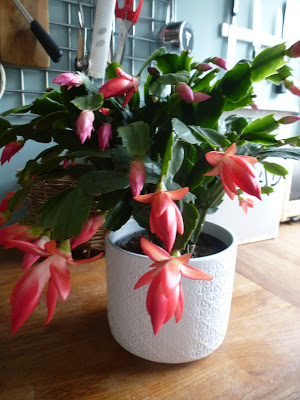 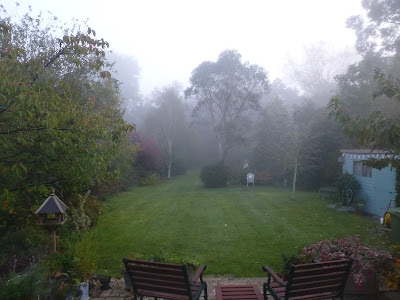 L had a free day, so I took the train into London for hugs and fun. Every year since she moved there we have bought her a membership for the British Museum as part of her birthday present. She can take a guest, so we popped along for the current exhibition. I felt very smug as we bypassed the queues to use the Members' entrance, cloakroom and restaurant! :0) 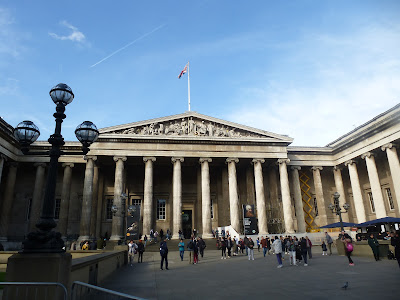 This was the exhibition. It was lovely and we had fun choosing which piece of art we would have on our wall! 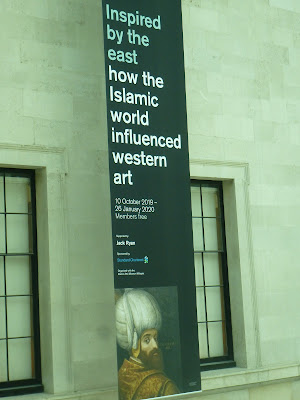 Then we walked to Trafalgar Square and popped into the National Portrait Gallery, before meeting up with R and J for pizza at Purezza in Camden. 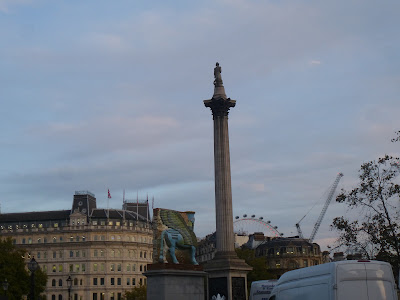 Having fun at Hallowe'en: 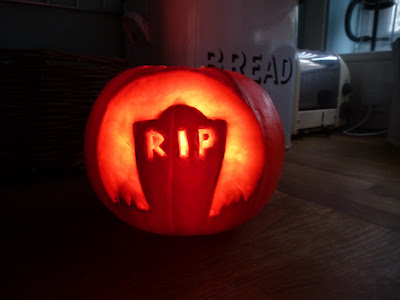 Pumpkin stitch marker to go with the roasted pumpkin seeds: 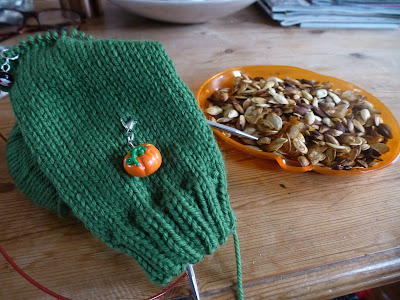 Taking a birthday photo of Hamish to send to E. Our little devil bunny is 8 years old and looks mightily unimpressed with his hat! 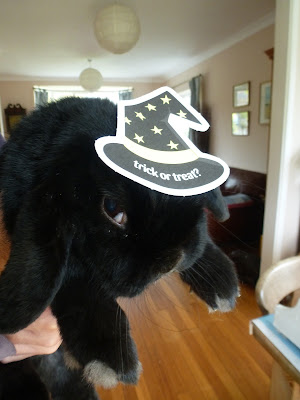 A trip to the Haymarket Theatre to see this. A play about the friendship between Agatha Christie and Margaret Rutherford, who played Jane Marple in many of the films. We enjoyed it despite one of the cast being ill at the last moment. The understudy performed the whole thing reading from a script, but it was good nonetheless. 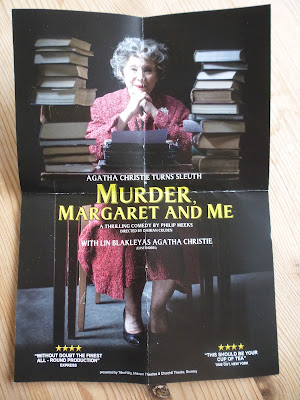 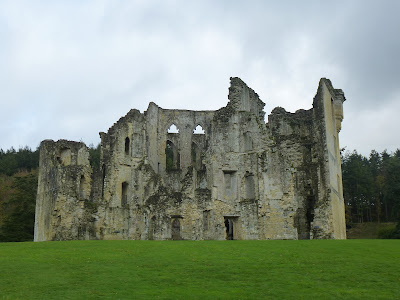 Most of the damage was done during the English Civil War when the original owners tried to take the castle back from the Parliamentarians. They did this by mining under the castle, filling the tunnel with gunpowder and then threatening to blow it up unless they surrendered - not really intending to do it.  Sadly, the guns in the castle above caused vibrations below and a lit match was accidentally dropped onto the gunpowder causing a huge explosion. There is now a new castle and the old one is maintained as a romantic folly in the grounds. 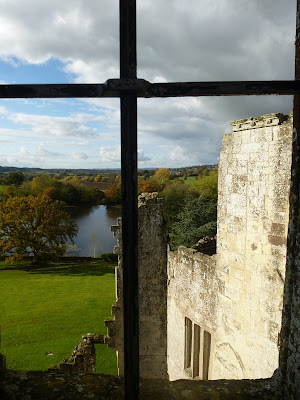 Well, that's all for this week. Now that the clocks have gone back in the UK, may I wish you many cosy evenings, hopefully unsullied by the warring factions at Westminster!

Toodle pip for now. x
Posted by VeggieMummy at 02:36