Hello there! It's been a while since my last post, mainly owing to internet problems - Virgin Media have been extremely hit and miss over the last 3 weeks but it is supposedly fixed now, so fingers crossed.
Firstly, I'd like to thank everyone who left sympathetic comments on my last post regarding my transport, or lack thereof, and my almost pathological attachment to my faithful car. I am very pleased to announce that Lily rides again! Her knight in shining armour, R, managed to mend her so, for the time being anyway, we are back on the road together.
L and J are home at the moment, on their way back to London after spending a few (mercifully sunny) days in a yurt in Wales. They have just popped into town, so I am grabbing the opportunity to upload a few photos.
I have been reveling in the gloriously sunny autumn weather that we have had recently. Autumn is my favourite season, and I have been thoroughly enjoying the combination of blue skies and golden leaves.

Here then, are a few snaps from the last month:

The first lighting of the stove of the season: 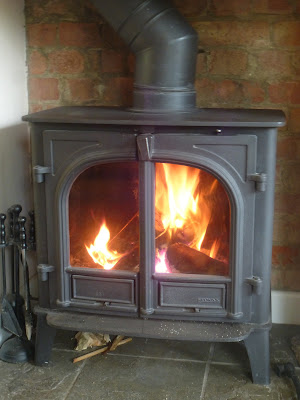 Hamish enjoying an ear rub in front of it: 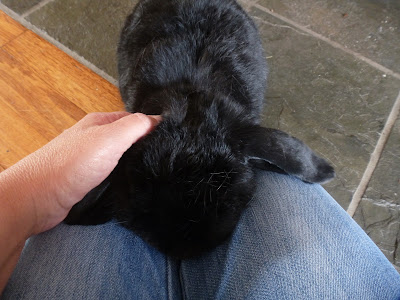 Finishing my 'Cyprus Socks' - yarn bought in 'Stephen and Penelope' in Amsterdam: 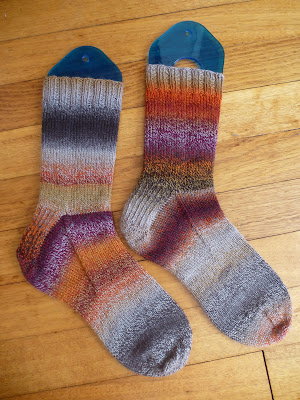 Casting off my 'Featherweight Cardigan'. Pattern by Hannah Fettig, and yarn from 'Stranded Dyeworks' in the 'Industrial Kingfisher' colourway: 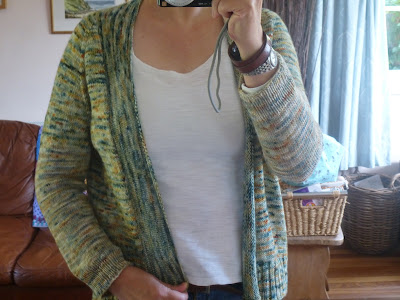 Casting on the 'Garter Breeze Shawl' by Stephen West: 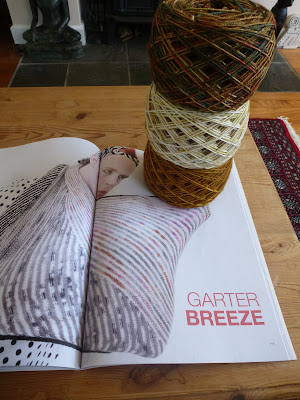 What can I say? Ian McKellen - sheer brilliance: 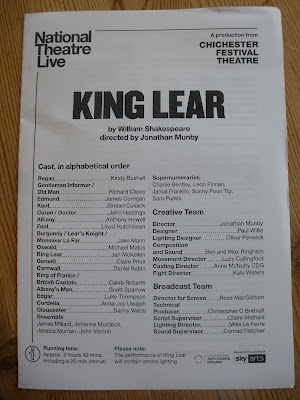 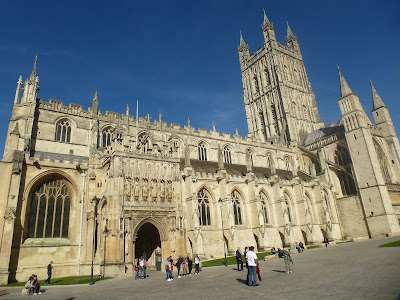 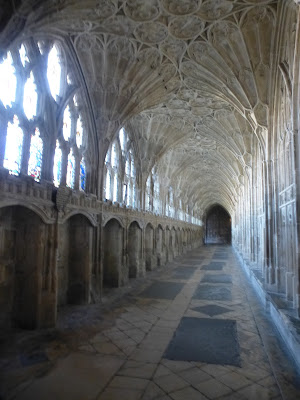 The nearby Beatrix Potter shop. Rooms were set up in the style of 'The Tailor of Gloucester' - my favourite of her books. 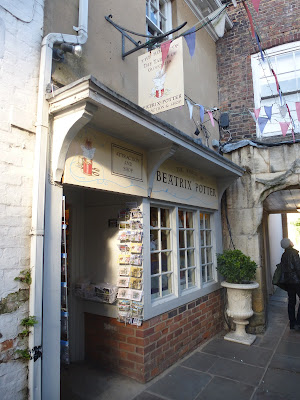 R finding a caterpillar - any ideas which sort? 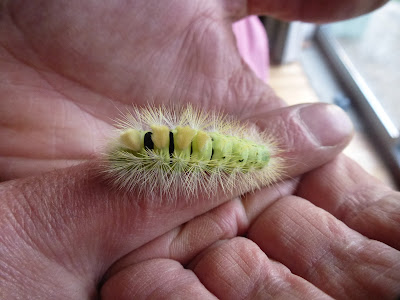 A trip to the Watermill to see this. Written by Ian Hislop and Nick Newman, it tells the tale of William Hone who, in 1817, underwent 3 trials in 3 days for libel and blasphemy. We thoroughly enjoyed it. 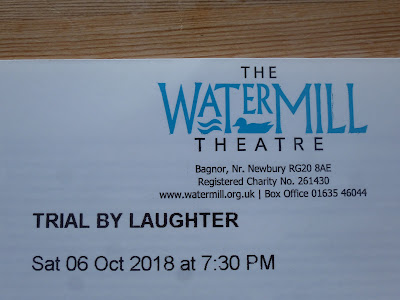 Another Cathedral. This time, Salisbury. People come a long way to see this you know! There were flyers for a forthcoming concert entitled 'From Russia with Love'! 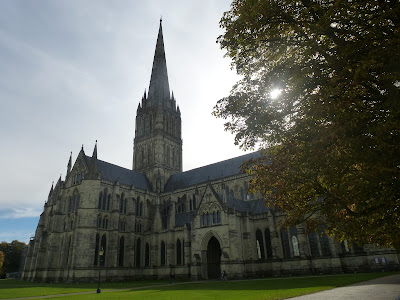 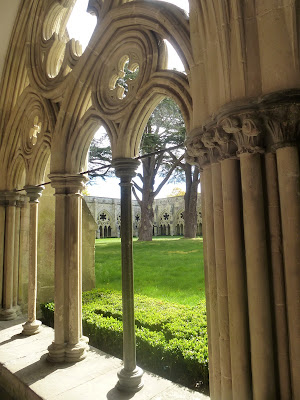 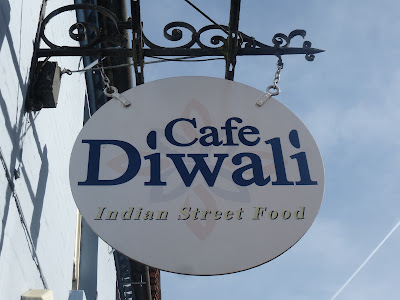 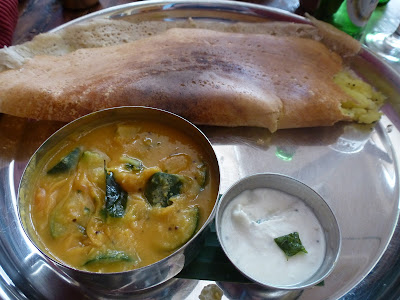 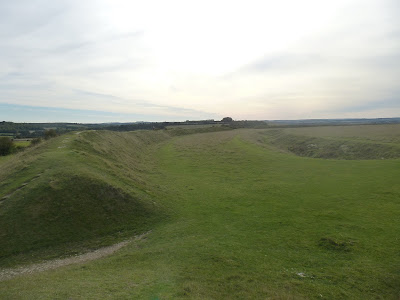 The results of my pottery workshop. The vase now contains some of my colourful vintage knitting needles: 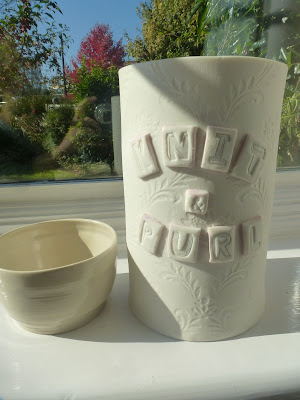 Who would have thought it? Little old Newbury having a vegan festival, and very good it was too! 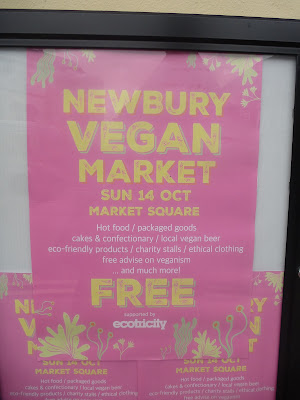 The Knitting and Stitching Show at the Alexandra Palace. I bought one skein of Christmas sock yarn and some fabric for a dress: 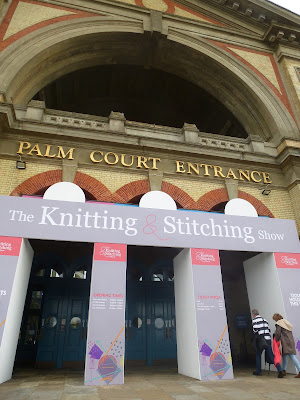 Talking of sewing, I had some denim left over from making my pinafore dress (I panicked in the shop and bought too much!). There was just enough for a skirt. Apologies for the weird lighting in this photo: 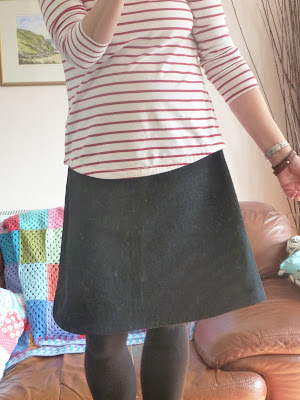 My new thali trays. I'm ridiculously excited about these! Clockwise from top left - butternut squash and chick pea kebabs, vegan naan (first time I'd tried making naan since going vegan as I'm not that keen on vegan yoghurt - too sweet - but it was surprisingly okay), chana saag with sweet potato, Sri Lankan dahl with lime and kale and potato and okra curry. 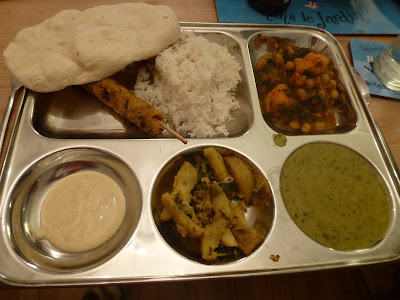 A trip to Westonbirt Arboretum to see the autumn colours: 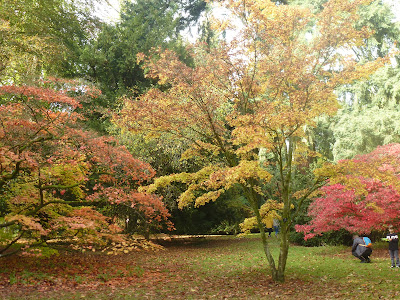 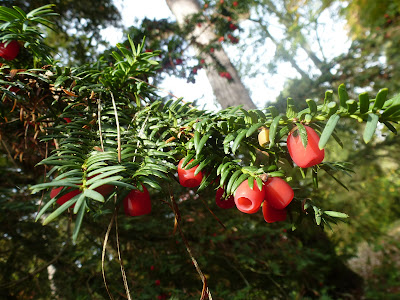 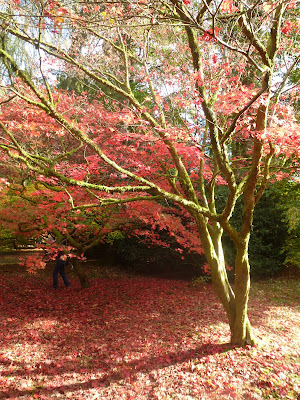 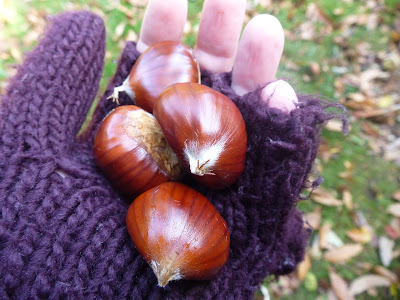 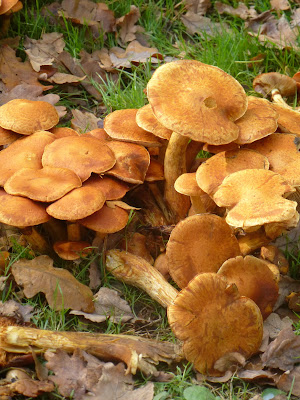 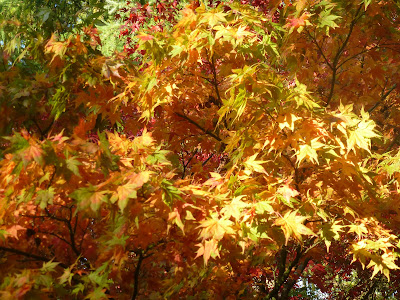 :
Finally, a trip to Christchurch to paddle in the sea: 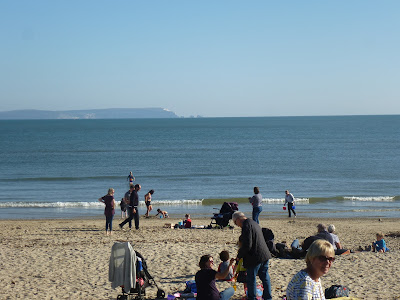 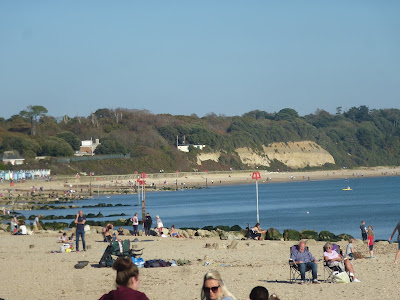 Well, that's it for this month. Wishing you all a fun half term filled with sunny autumn days.
Toodle pip for now. x

Posted by VeggieMummy at 03:14