Hello my lovelies! Is it just me or is there more than a whiff of autumn in the air today? We had a mini heatwave over the weekend but it seems to have cooled down again now. I'm not disappointed though as autumn is my favourite season. I feel as if I should be out buying stationery for the new term!
I've had an interesting week. It started with E and me dropping L off at the airport for her 5 weeks in Vietnam and Cambodia. I was more than a little nervous waving her off but a few people made lovely reassuring comments on my last post, and I have since had a few Skype messages from her and she is having a brilliant time, so I'm feeling a lot better about it.
Thinking that E would be terribly sad to drop L off and then just come home, we decided to have a mother/daughter jaunt to Hastings for a few days. We chose Hastings for several reasons - firstly, being at Gatwick airport, we were half way there already. Secondly, E is studying The Norman Conquest as one of her options next year and had never been, and, finally, because R and I went there pre-children and had a wonderful time.
We chose a small hotel on the seafront and spent 3 gorgeously sunny days (I had packed for cool weather and regretted not taking my shorts!) pottering around Hastings and Battle. Here are a few of our snaps:

The view from our room: 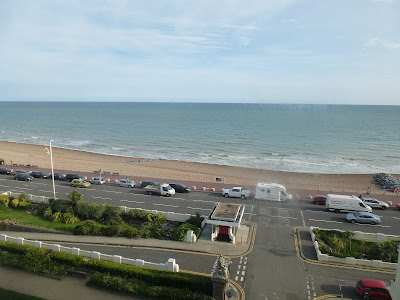 Part of Hastings Old Town. We discovered a vegan cafe here and got chatting to a lovely girl from Australia. She had been solo travelling since February and Cambodia was, apparently, her favourite place - you can never have too much reassurance! 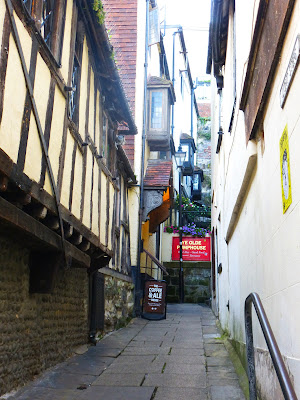 Crazy golf on the seafront - she thrashed me! 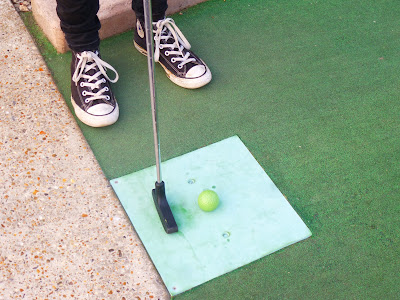 Battle Museum - this was a little gem: 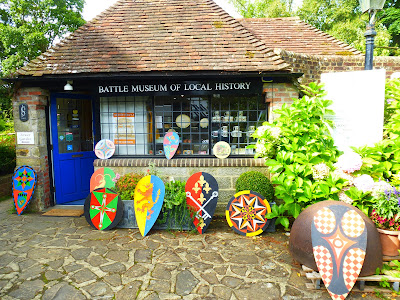 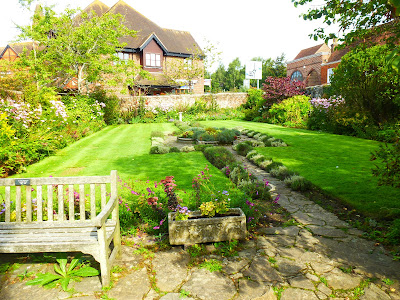 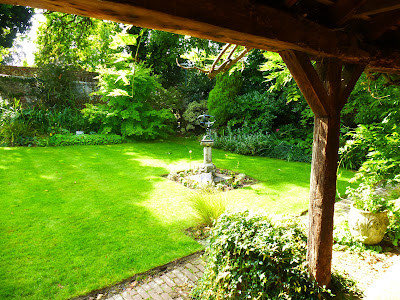 The oldest Guy in the country. Battle was once famous for making gunpowder and was the source of the gunpowder used by Guy Fawkes and the others in their attempt to blow up the Houses of Parliament: 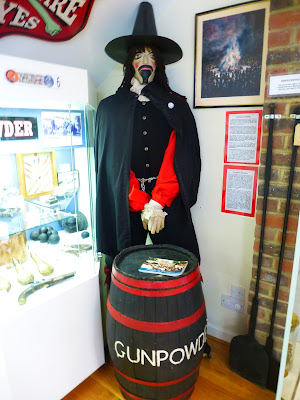 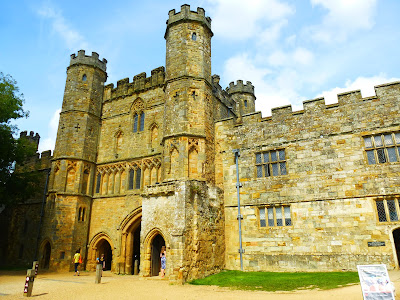 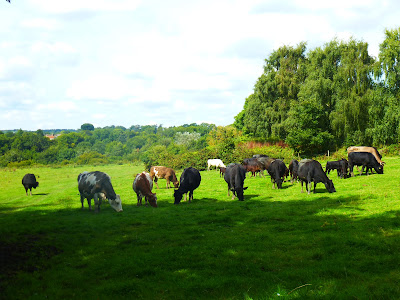 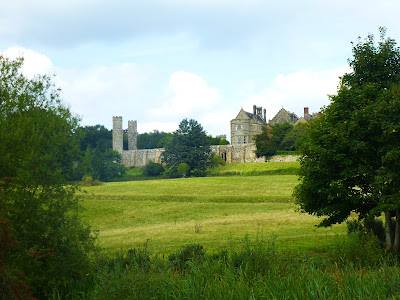 Beekeeping in the Abbey gardens. He was chatting away to the bees as he worked: 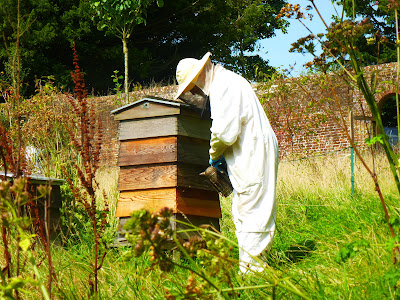 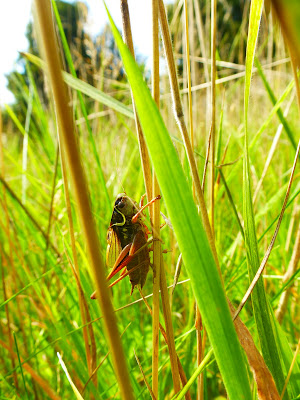 We paused halfway round and went to a little tea shop, The Nook, for refreshments: 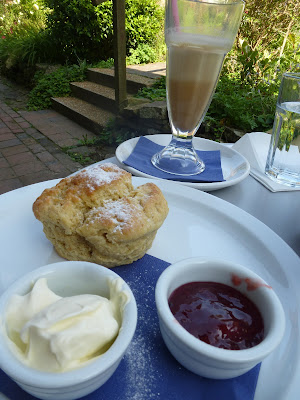 William insisted on an Abbey being built on the battlefield to atone for the loss of life. The altar was sited on the spot where Harold died. The field was on quite a hill and initially the builders started it further away on flat land. William was furious and insisted that they tear it down and start again on the actual spot. 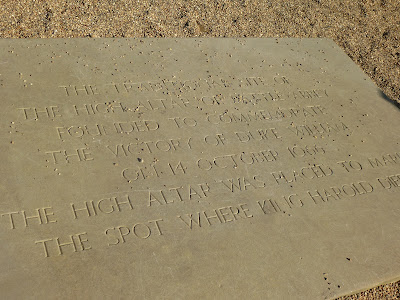 The Novice's room. Again, the tall ceilings are due to the hill - the room above was the dormitory which ran the length of the building. Consequently, the roof of the rooms below changes height with the slope: 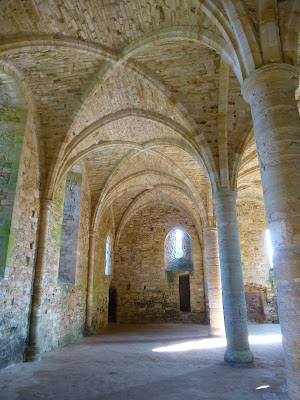 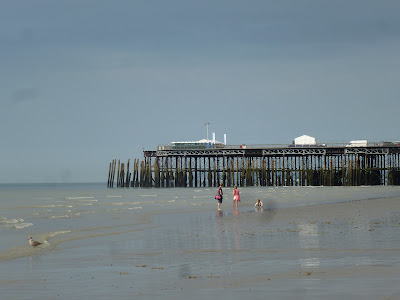 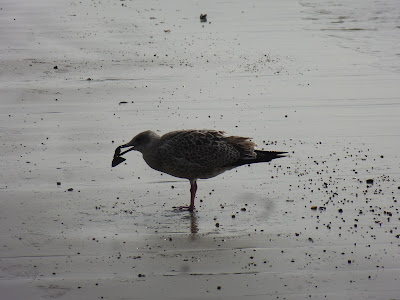 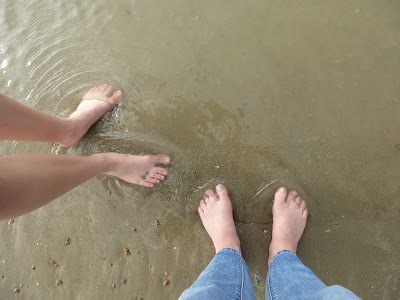 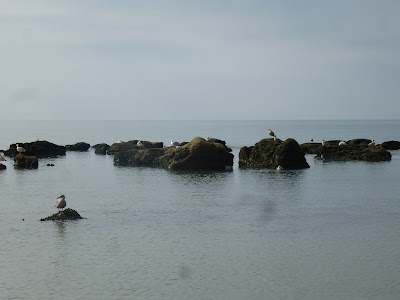 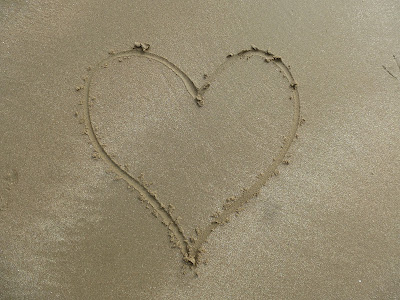 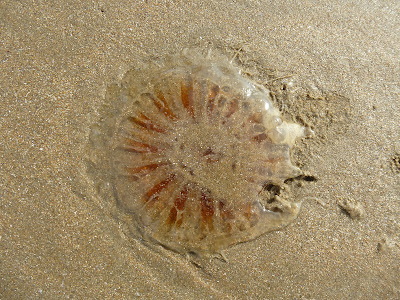 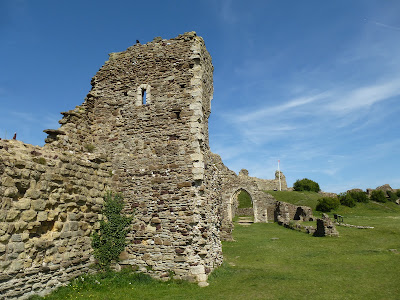 The funicular railway up to the cliffs: 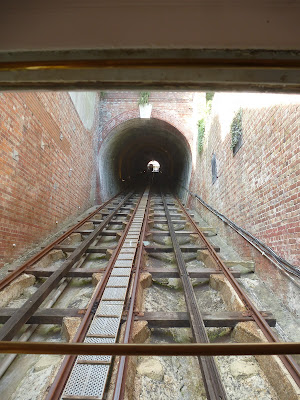 We had a brilliant few days and would heartily recommend it as a great place for a weekend break. Other happies this week include: 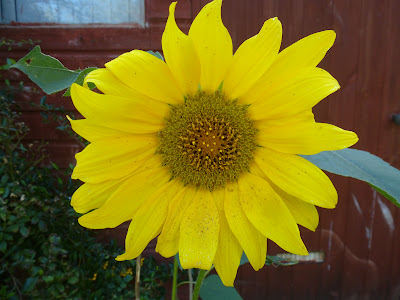 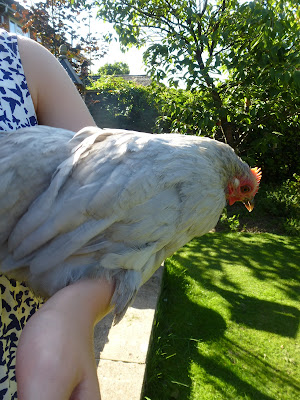 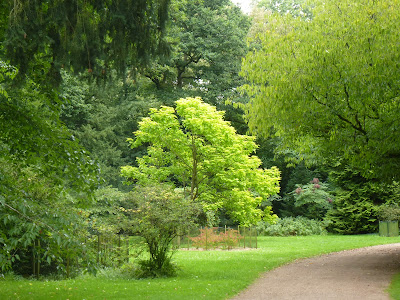 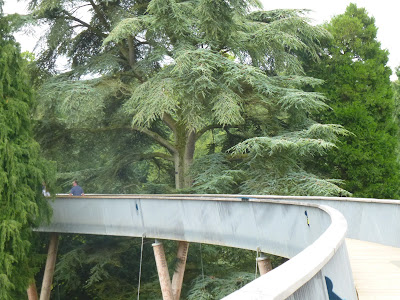 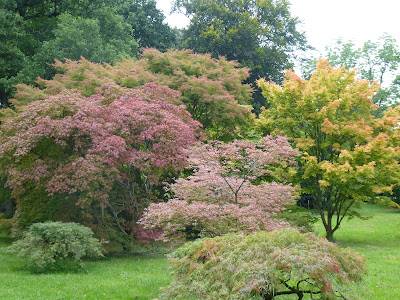 Again, this is a fantastic place to visit. It was so beautiful and would be even better when the leaves start to turn more. It's a great place for children too, with plenty of cafes, 2 circular walks and wide, flat paths for them to ride their bikes/scooters. There's also a Gruffalo Trail and an activity centre.

Anyway, that's all for this week. Enjoy the last week of the summer holidays. I'm just off to attack the laundry pile!

Toodle pip for now. x
Posted by VeggieMummy at 01:08