Hello, everyone. A few weeks ago, R and I celebrated an anniversary. Not a special one by any means, so it was rather a surprise when R (famous for his emergency 'I've forgotten it again!' supermarket bouquets) came up trumps with a 4 day trip to Amsterdam. It was enough to make me wonder what he'd been up to! He managed to time it for when E was home which, whilst making me feel more than a little guilty as we set off, did make it easier as far as looking after the chickens and Hamish was concerned.
Unbeknown to him, the end of July and the beginning of August happened to be Pride week in Amsterdam and they went for it in a big way. Busy though it was, it was vibrant and lovely and I thoroughly enjoyed the bit of the parade (is it a parade when it's on water?) that we managed to catch a glimpse of through the crowds. 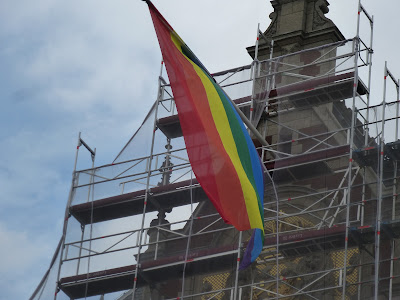 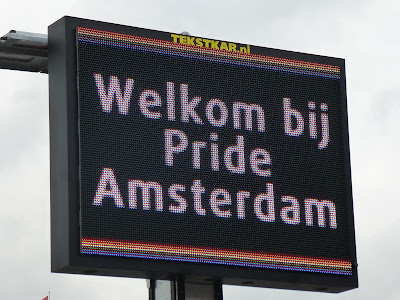 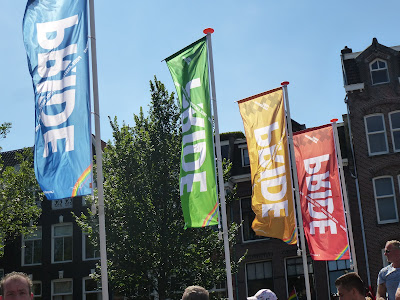 If you asked for my memories of Amsterdam, they would include: bicycles; tulips; the smell of cannabis; trams; wonderful architecture; bicycles; Van Gogh; cheese; pancakes; Anne Frank; bicycles; canals; Heineken; Rembrandt; yarn and, oh, did I mention the bicycles?! Everyone it seemed travelled by bike, which is good in theory but in practice it did make it a little fraught for pedestrians. They seemed to come at you from all directions and, when crossing a road, I must have looked as if I was watching a very rapid tennis match with my head turning from left to right at great speed. No-one wore a cycle helmet and how there weren't more accidents I'll never know. More power to them though; I just wish that there were more cycle lanes in the UK.

Anyway, here are just a few of the many photos of our trip:
Being veggie, I do love a nice bit of cheese! 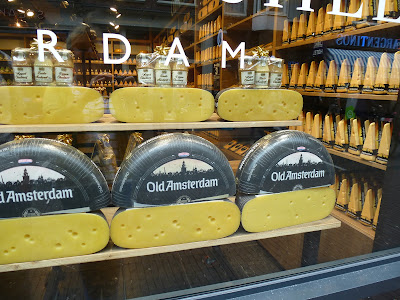 One of the many canals (spot the bikes!): 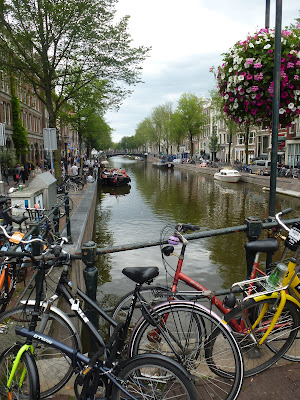 'Stephen and Penelope' - a fantastic yarn shop where I may have bought a few mementos! 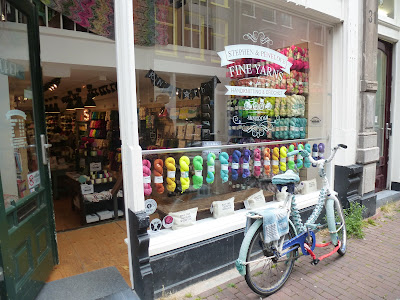 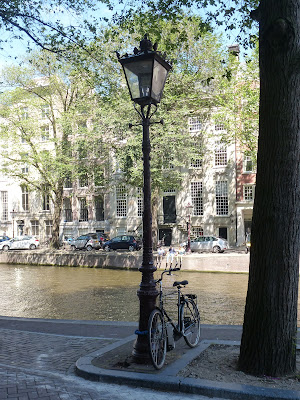 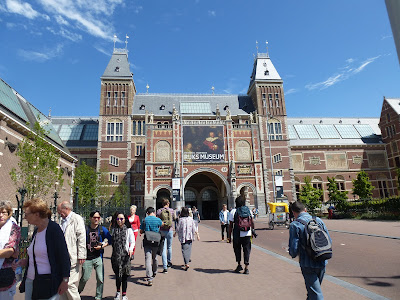 Unusual forms of transport where you can drink while you pedal! 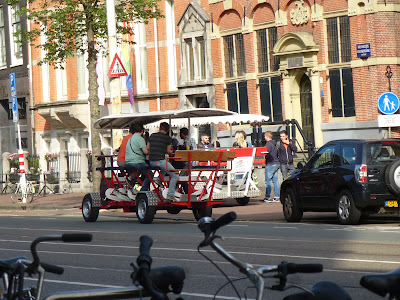 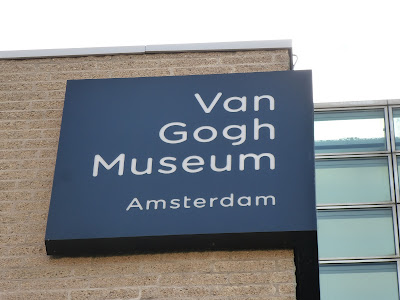 The Houseboat Museum. There are many houseboats on the canals and, apparently, it used to be a cheap way to live in the city. Then, the officials decided that there were enough houseboats and stopped issuing permits. Consequently, they now cost as much as a flat. 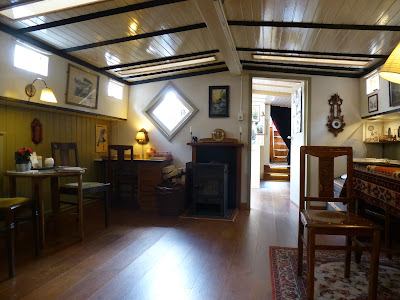 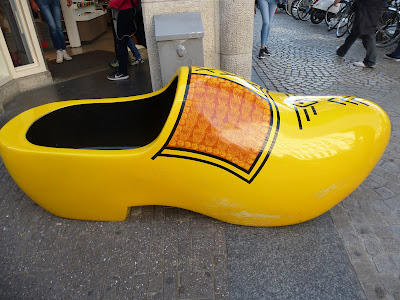 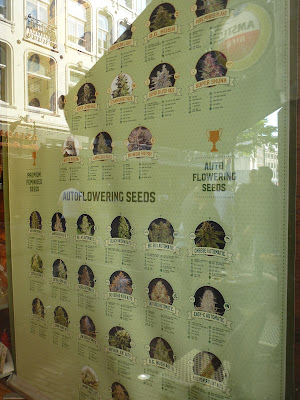 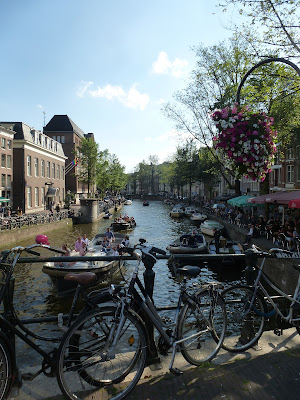 Our hotel - The Art'otel: 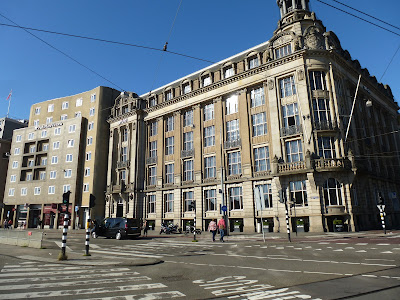 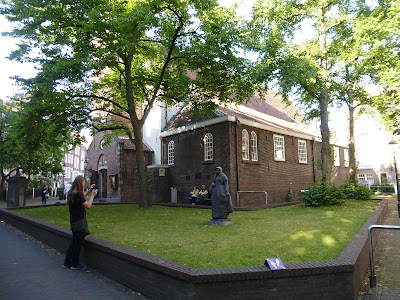 I developed quite a taste for this! 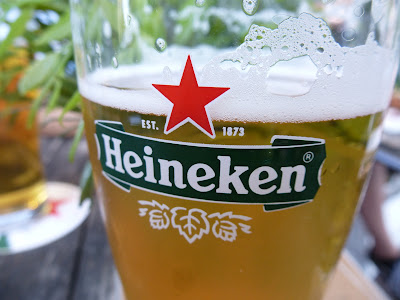 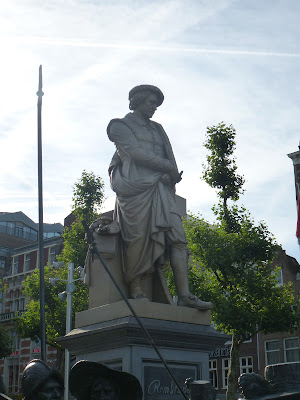 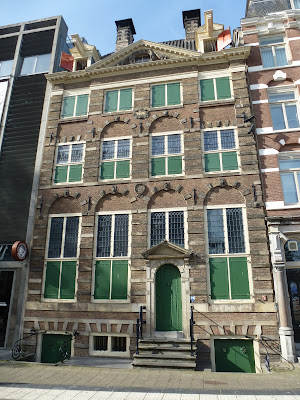 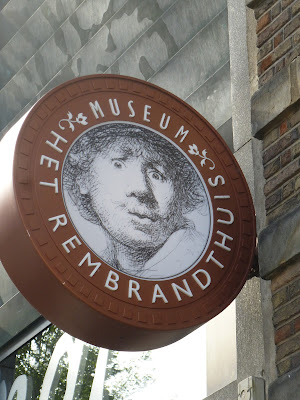 A demonstration of paint making: 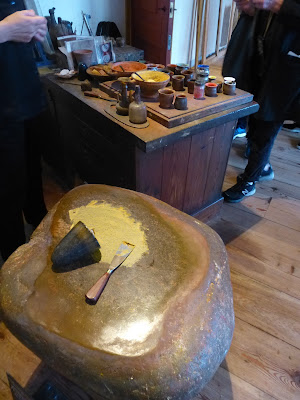 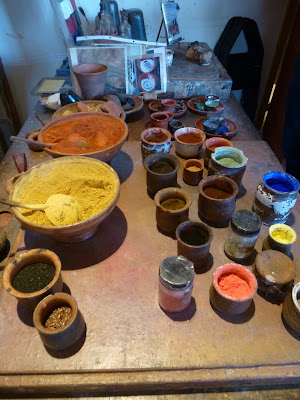 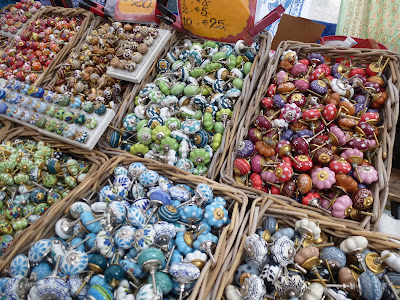 After walking many miles on our first day, we treated our feet to a tram pass! 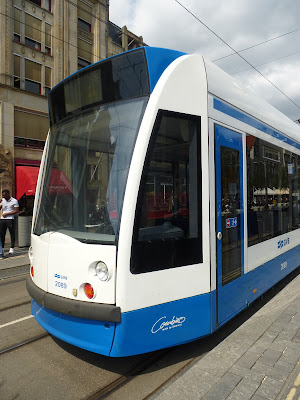 Tulip bulbs at the Bloemenmarkt: 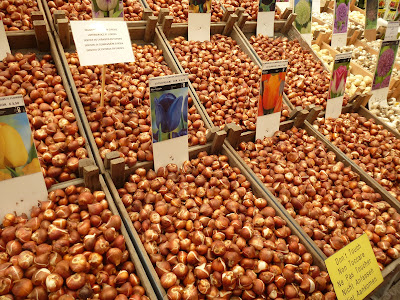 A tour of the waterways with the Blue Boat Company: A traditional cheese and apple pancake: 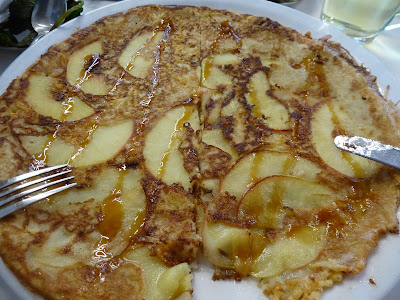 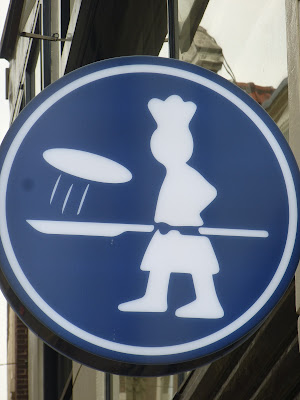 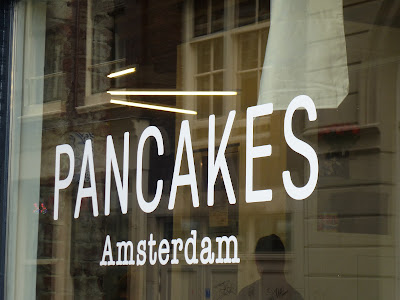 When I found out that we were going to Amsterdam, the first thing I thought of was Anne Frank's house. Having read her diary many years ago I was very keen to visit; unfortunately, tickets sell out really quickly. So much so, that I would probably recommend booking your tickets for this before your flight! It is possible to queue after 3:30 but the queues are enormous. Luckily, our hotel receptionist mentioned that they tend to release a few tickets every morning and we were fortunate enough to buy a couple online. Our visit was both fascinating and heartbreaking and I walked through the building watery eyed. What finished me off completely were the marks on the wall where Anne's mother had marked her girls' heights. Anne grew 13cms whilst in hiding.

So, would I recommend Amsterdam as a holiday destination? Absolutely! I feel that our 4 days were plenty, allowing us ample time to see what we wanted. It is very popular, however, so book your tickets well in advance and take your walking boots/comfortable shoes. Oh, and remember to watch out for those bicycles!

Posted by VeggieMummy at 15:21