Unravel, Welford Park and Other Bits and Bobs

Good morning! I hope you all had, or are having, a wonderful, relaxing half term. It seems strange now that E is at uni not to have one as I used to love those mid term breaks. I've had a jolly week of my own, however, with my first trip to Unravel, our annual trip to Welford Park to see the snowdrops, a quick trip to Oxford to see L and a few crafty bits and bobs. I apologize in advance for what is a rather photo heavy post! Here goes:
On Friday I set off for Unravel - the festival of knitting held at the Maltings in Farnham. I had been to the Maltings once before when E was acting in a Shakespeare play there, so it was vaguely familiar. I arrived early and was lucky enough to get a space in the car park. I was then able to sit and work on my socks until it opened, whilst watching the drama of the car park unfold before me. It filled up quickly and instead of being designed in a nice convenient circuit it ended in a cul-de-sac, which meant that everybody worked their way hopefully to the end and then had to either do a three point turn or try to reverse out again with a queue of cars behind them. Most people were patient but occasionally tempers frayed! 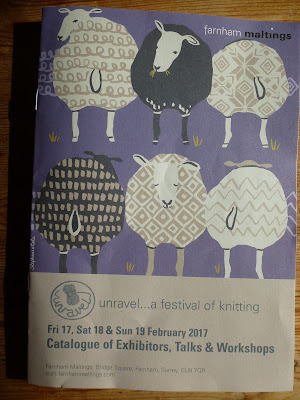 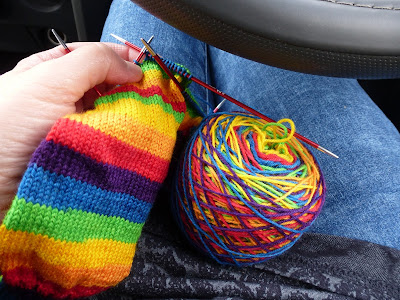 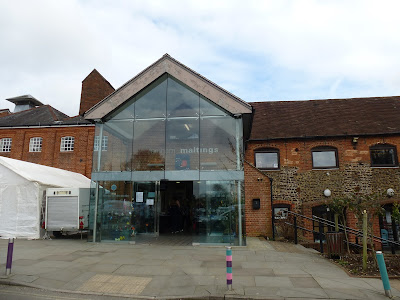 The festival itself was wonderful with lots of stalls, talks and workshops. I was thrilled to meet Amy from the Stranded Dyeworks podcast and she was just as sweet as she seems onscreen. I was too embarrassed to ask for a photo but I did make a couple of purchases from her glorious stall. 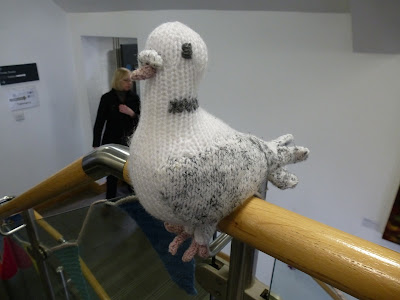 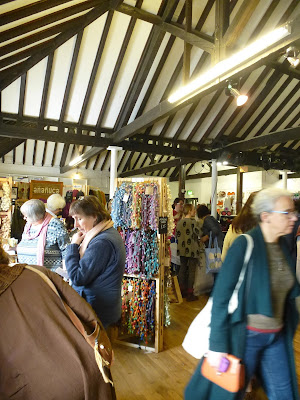 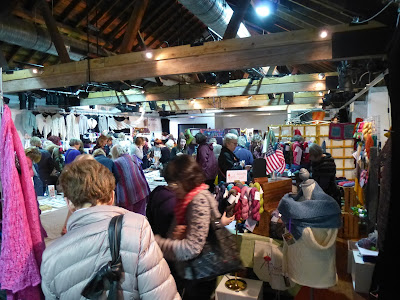 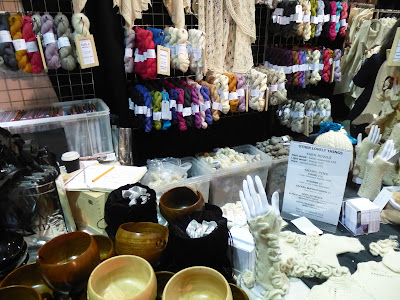 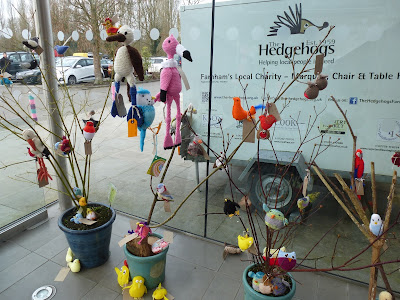 I looked round all the stalls but it was very crowded by that point, so I was happy to leave with my goodies and bequeath my parking space to a very grateful lady. Just because I like seeing what other people buy, here are my Unravel acquisitions:

A new project bag from Emerald. The colour isn't showing up very well in the photo, it's actually a brighter green than it appears. 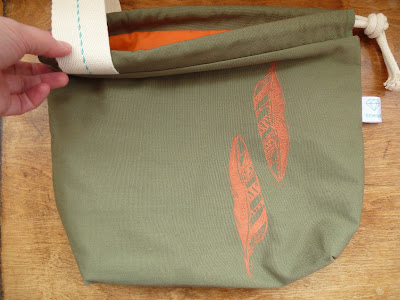 2 skeins of sock yarn from Stranded Dyeworks - Mint Imperial on the left and Industrial Kingfisher on the right. Looking at them I think they'd go together very well in a Find Your Fade shawl. 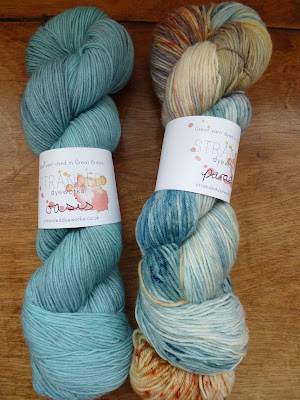 A circular needle for a new project that I'm about to start, some needle end stoppers and a couple of pairs of vintage needles: 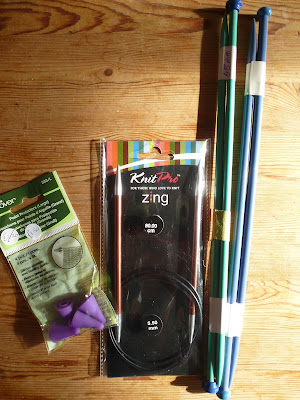 Despite the crowds and parking difficulties, I would definitely go again next year.
Other happies this week include:
My trip to Oxford to see L and lunch in Wasabi. I can thoroughly recommend their veggie noodle soup. 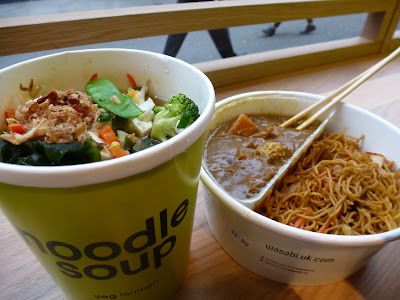 We pottered round the covered market and spent a while watching the cake decorators working: 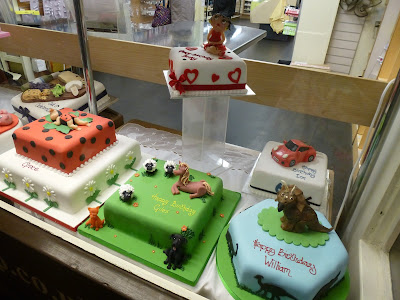 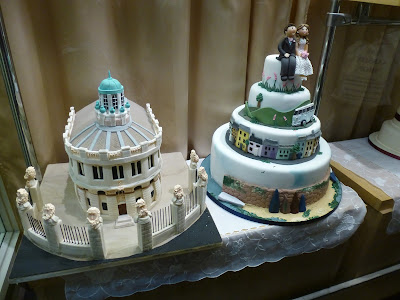 Back home, it had been a while since I had done any sewing and I felt the urge to get my machine out and make a mini quilt/table mat with my scraps of fabric: 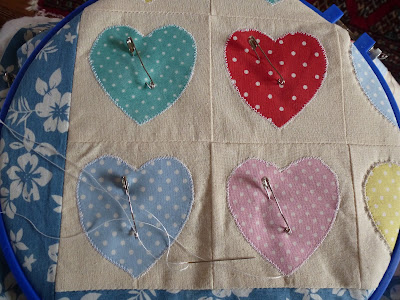 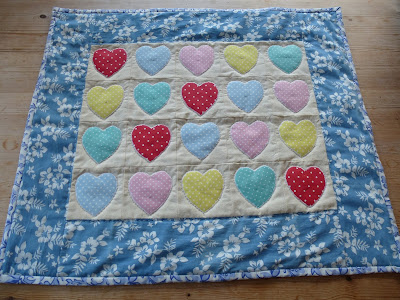 Then on Sunday R and I went to Welford Park. Every February they open their grounds for charity and people get to see their marvellous snowdrop display. 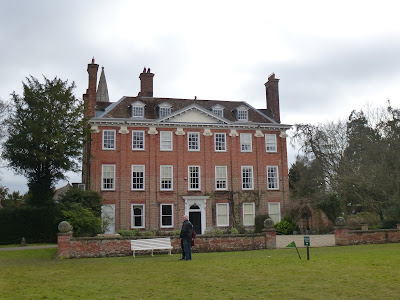 If you look very closely at the photo below, you can just about see the different coloured grass where the Great British Bake Off marquee was positioned last year. I don't know if it will still be held here now that it is moving to channel 4 and I'm not sure if I will be boycotting it this year. I'm disappointed that it will be moving from the BBC, but I do love a reality series - Bake Off, Sewing Bee, Allotment Challenge and, my current favourite, the Painting Challenge on a Sunday evening - I watch them all! 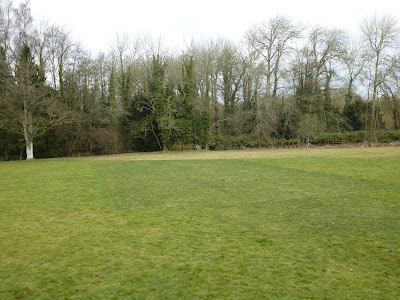 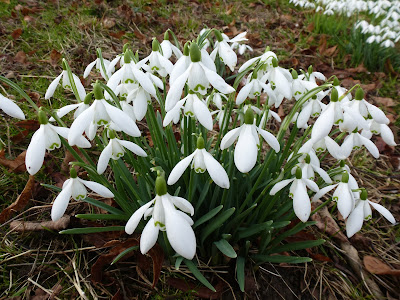 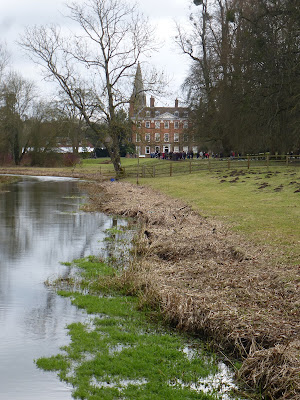 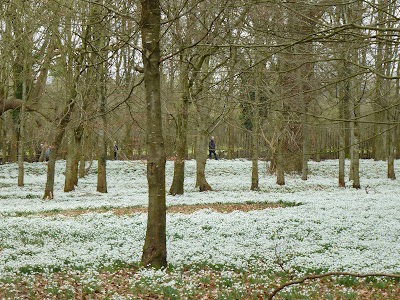 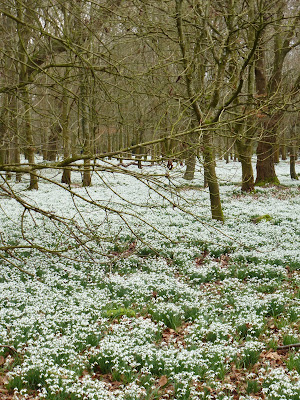 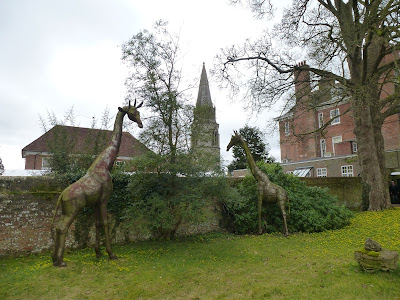 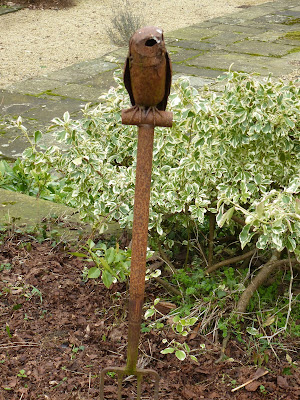 I finished my Rainbow Pride socks for L. They don't match and, in retrospect, I think that a Fish Lips Kiss heel may have been better in terms of the stripes, but I do love a heel flap and gusset! I'm going to cast on a pair for E next in a West Yorkshire Spinners' Kingfisher yarn that she chose on our trip to Bath. 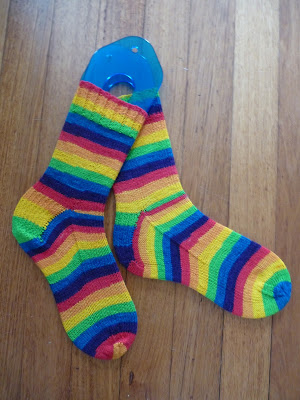 Finally, our woodpecker remained still for long enough for me to grab the camera. I was a little panicked though and he (or is it a she?) is still a bit blurry. 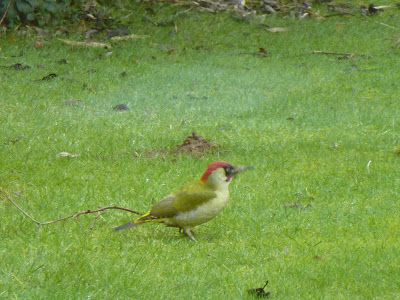 Anyway, that's all for this week. I'm just off to the supermarket and then for a run at the gym. After my chest infection, my running has taken several steps backwards and I'm eager to get back to where I was before Christmas. I think it may take me some time ...........
Toodle Pip for now. xx
Posted by VeggieMummy at 01:46