Ninjabread, photography and signs of spring

Hello there. It's been a while, so I thought I'd take half an hour to clear my camera and have a bit of a catch up. January, sadly, was virus ridden. I had one day when I felt relatively okay and disease free, then I collected E from Oxford where she had been spending a few days with L before the start of term. In the few days that she was home before I took her back to Bristol, I managed to catch her latest cold which went straight to my chest and I've been coughing ever since. Running is a no go at the moment. I went swimming for the first time in ages yesterday and I've been doing a bit of yoga when I can, but otherwise I've been taking it slow. I was supposed to have had a day in London as R had managed to get tickets to see a radio show being recorded. I cancelled as I didn't think I would be very popular hacking away in the audience. E and I managed a trip to see 'The Kite Runner' before I was very bad and that was excellent. R and I watched 'Murder for Two' at our local Watermill Theatre which was also good, but I was trying to time my coughing for the relatively noisy bits and was still very aware that the gentleman sitting next to me was getting rather annoyed (I put up with his sweet wrapper rustling, so it did go both ways!). I would thoroughly recommend both productions though if you're close by and fancy an evening out.

Anyway, here are the photos that I've found on my camera:
Hamish and I enjoyed one snowy day but, unfortunately, it didn't stick around for long: 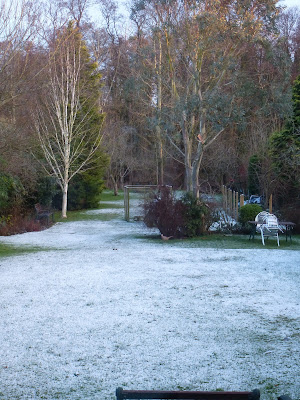 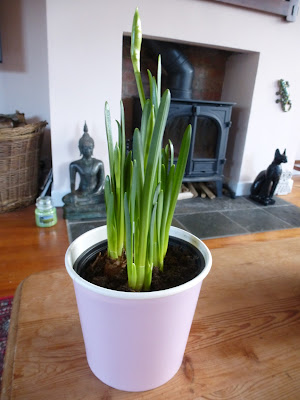 I won a give-away run by the lovely Penny at planetpenny.co.uk. I'd actually forgotten all about it until it dropped through my letter box. It's mindfulness in crochet form and I'm looking forward to making some of the lovely projects. Thank you Penny! 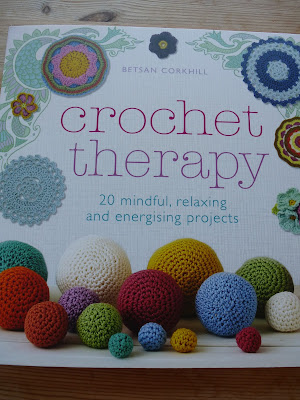 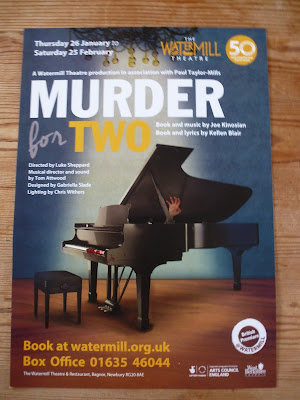 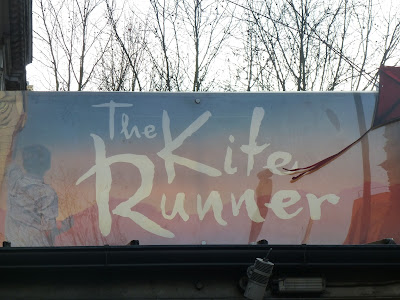 When R and I went to Stow on the Wold in the autumn, I picked up a Ninjabread kit for the girls from a lovely kitchen shop. They spent a merry morning in Oxford making them and they were surprisingly tasty: 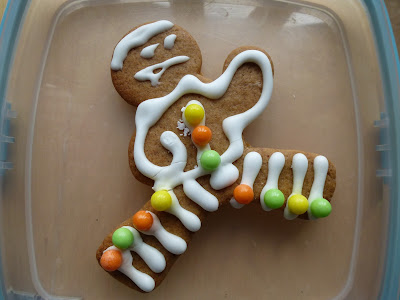 E and I popped into Bath again on the way back to Bristol. Tea was taken at the Bath Bun tearoom: 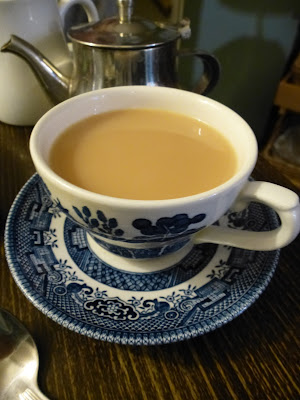 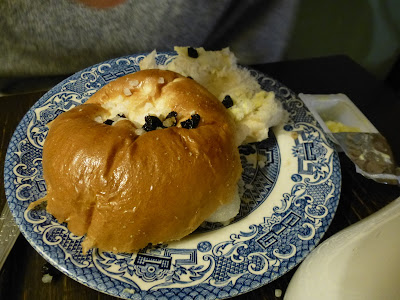 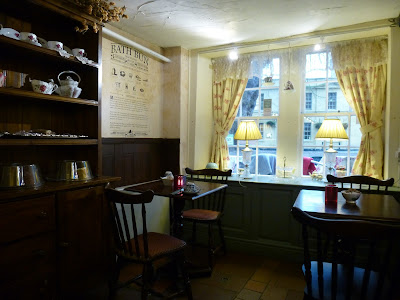 Having finished my latest pair of socks, I've cast on another pair for L. The yarn is 'Rainbow Pride' and it looks like being a very jolly knit: 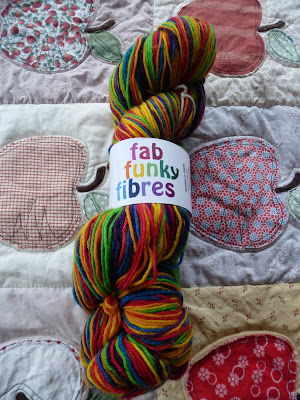 Here it is with my Moomin progress keeper: 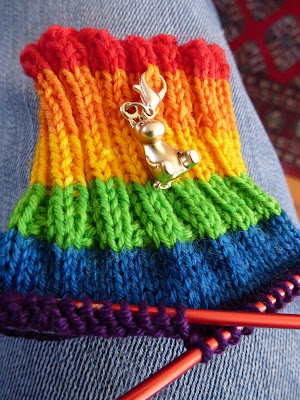 On Sunday, I drove to Bristol again to meet my friend S. We were going to M Shed to see the Wildlife Photography Exhibition being held there. It was great and had photographs by both professional photographers and children. To be honest,I preferred the ones by the children. Some of the others had special effects that made the photographs look more like paintings. There were some taken with a Go Pro as the photographer shinned up trees in Borneo etc. compared to some of the children's which were just taken in their local park. I took the one below before noticing the 'no photography' sign - oops! My favourite was a silhouette of 2 goats against an evening sky. The mother goat was plodding along slowly and her kid was pronking away behind her. It was taken by an under 10  and was just perfect. The exhibition is on until March and there is ample parking close by and lots of other things to look at at M shed. 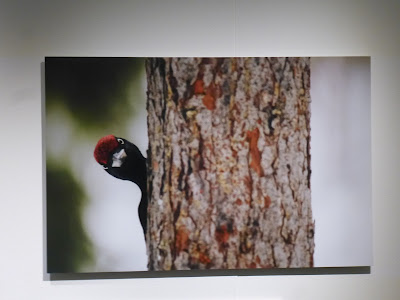 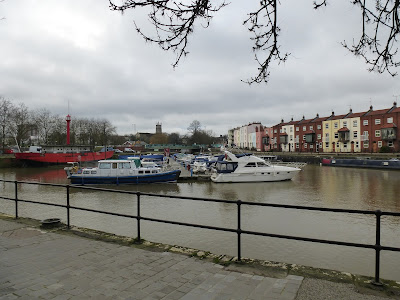 We had lunch here and their pizzas were delicious and huge! I saved half of mine and donated it to E when I popped in to see her on the way home. 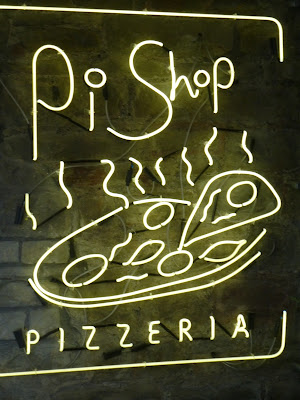 Another thing off my needles this week is my 'Because I love you' wrap by Amy Meeks. I actually got a little carried away and did one more orange stripe than was intended. It does make it extra cosy though! 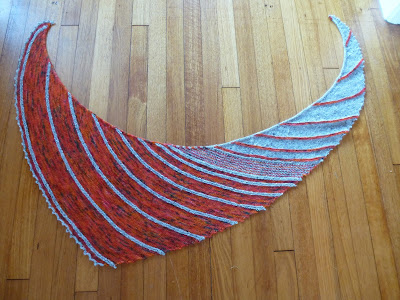 There are signs of spring in the garden: 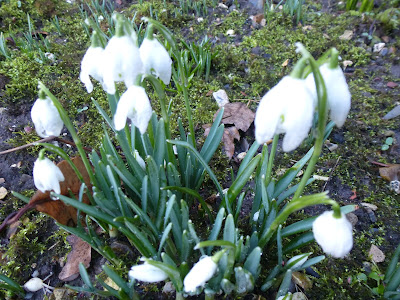 .......... and this is what I have planned for the rest of the day. Gillian at Tales from a Happy House made some recently and it reminded me that it's marmalade time of year again: 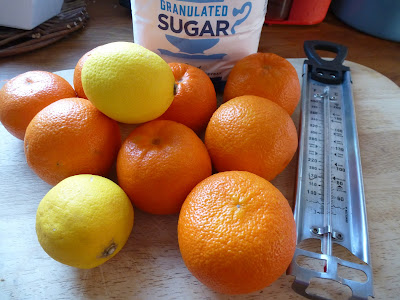 So, that's all for the moment. I wish you all a happy, creative and disease free week.
Toodle pip for now. xx
Posted by VeggieMummy at 03:53