I think I may be getting too old for my yoga class. My old yoga teacher (who moved away to Devizes, blast him) was more of a gentle stretching kind of guy. My new one, although lovely, is a bit more on the cardiovascular workout side. Repeated lunges this week turned my poor legs to jelly. Some weeks it's great and I come away feeling fluid, supple and taller. This week, I felt a wreck and my legs stiffened gradually over the next 24 hours until I frightened the birds with my cursing as I tried to do some gardening. I'm OK when I've been up and moving for a while, but when I sit down I'm like an old woman trying to get up again. I'm supposed to have a pilates class today. I don't think that's going to happen, so I'm considering a gentle swim instead.

On a happier note this week: 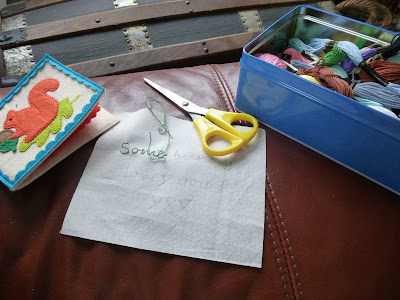 For the past 2 years come exam time, I have made E a 'keep calm' lavender bag. It hangs on her bed at night, sits beside her during the day when she is revising and comes in the car with us when I drop her off for exams. Here is this year's version - Hamish had a paw in choosing the fabric: 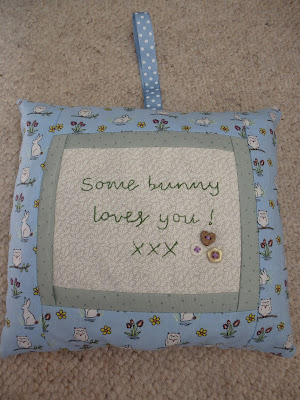 When I started to knit I bought myself some cheap and cheerful plastic stitch markers. They did the job but were a little fragile and kept snapping, so last week I treated myself to a new set from Amazon. Can you guess the theme? 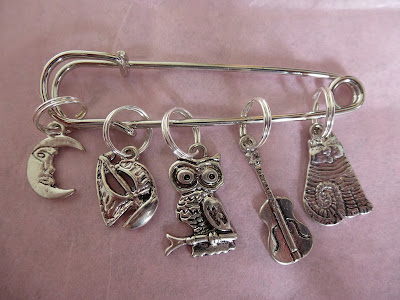 L used to love 'The Owl and the Pussycat'. She was such a shy little girl and I can remember being amazed when her nursery teacher told me that she had stood on a chair and recited the whole thing to the class. I remember hearing somewhere that Johnny Ball recited it at his daughter Zoe's wedding, so L was in good company. 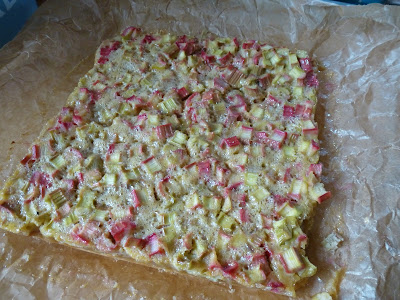 Rhubarb shortbread, made from a recipe recommended by the lovely CJ. It disappeared in no time. 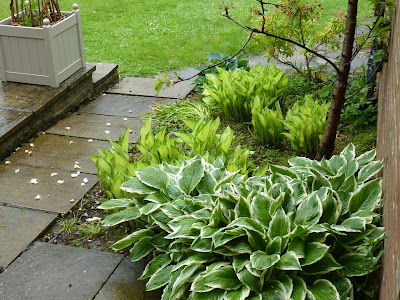 Hostas in the rain - still surprisingly slug free, but I noticed the holes starting to appear yesterday. 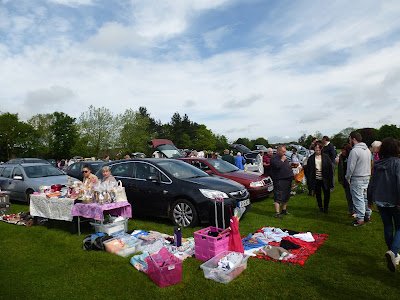 On Sunday, L and I went to a local car boot sale. We had such fun, trawling up and down the rows and came away with a few bits and pieces. When she was in year 6 (11 years ago) L's class went on an end of year trip to Legoland. She bought a Merlin key ring as a souvenir and has used it ever since. 'LegoMerlin' has had many repairs over the years but recently, he has lost both legs and one arm. Luckily, a stall selling Lego people had a bits box and, for the princely sum of 50p, we were able to buy some replacement parts. It felt better than dismembering a complete Lego person (yes, we are a little sad like that!) and LegoMerlin is now whole once more. 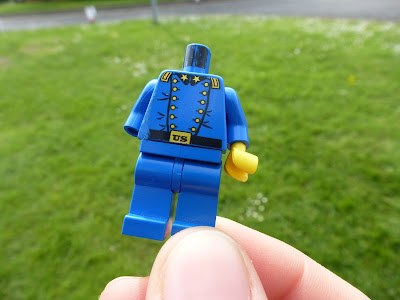 Other finds included: a few fabric pieces, 2 'as new' water bottles for hiking and a piece of tapestry material (I'm sure it has a name but it escapes me for the moment!) which I hope to use to recover our threadbare piano stool. There's a cushion cover in Jane Brocket's 'The Gentle Art of Stitching' that I hope to replicate. 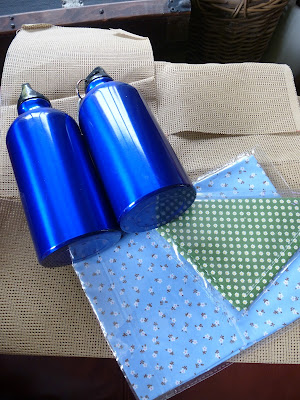 I'm not really sure why I loaded this photo. I got up early one morning and was struck by how pretty the light looked. Unfortunately, it doesn't show up well here but I always enjoy having a nosy at other people's homes, so here's one end of our living room: 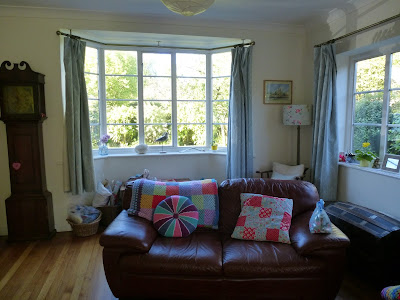 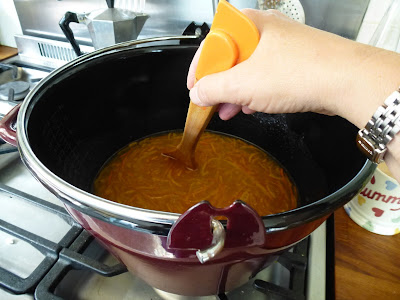 I never seem to be organized enough and there's always a last minute frantic scramble for empty jam jars. 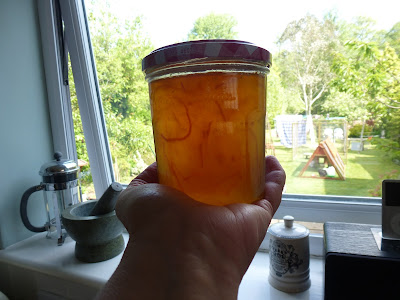 A garden picked posy with the first rose of the year: 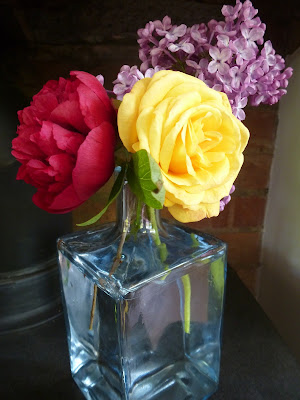 Nigel Slater's 'Frosted Marmalade Cake' (well, I did have some to hand!), recipe to be found here. I read a tip that said to cream the butter and sugar for quite a while and then add the eggs REALLY slowly. It apparently stops the cake sinking in the middle (which this one, apparently, has a tendency to do). It worked anyway and I am usually the Queen of sunken cakes. 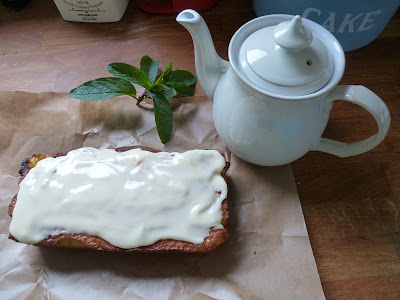 Sneaking a slice with a cup of mint tea. The mint is growing at a pace, so we're drinking a lot of this at the moment. 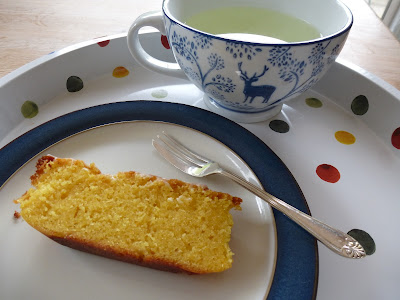 Finally, I thought I'd show you a photo of me keeping one foot warm while I knitted my second 'Blue Tit' sock. I'd put them on hold whilst I struggled with my 'Wheel of Colour' cushion, but it's all systems go again now that I have my new stitch markers. 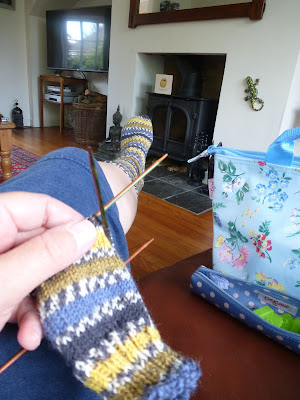 Well, that's all for this week. Have a lovely Bank Holiday weekend and Half Term if that applies to you. I'm just off for a hot bath to try and easy my achy legs!