Greetings everyone! Is it just me or is there a distinct smell of Spring in the air? Last Saturday was absolutely glorious round these parts and it felt so lovely to be out in the garden, enjoying the sun. Even pegging out the washing was fun, accompanied, as it was, by the sound of church bells, buzzy bees and birdsong. Rather bizarrely, I failed to take any photos at the time, although I did manage a few earlier in the week. It wasn't quite as sunny then but it was a special occasion of sorts ........
the first cup of tea in the garden this year! 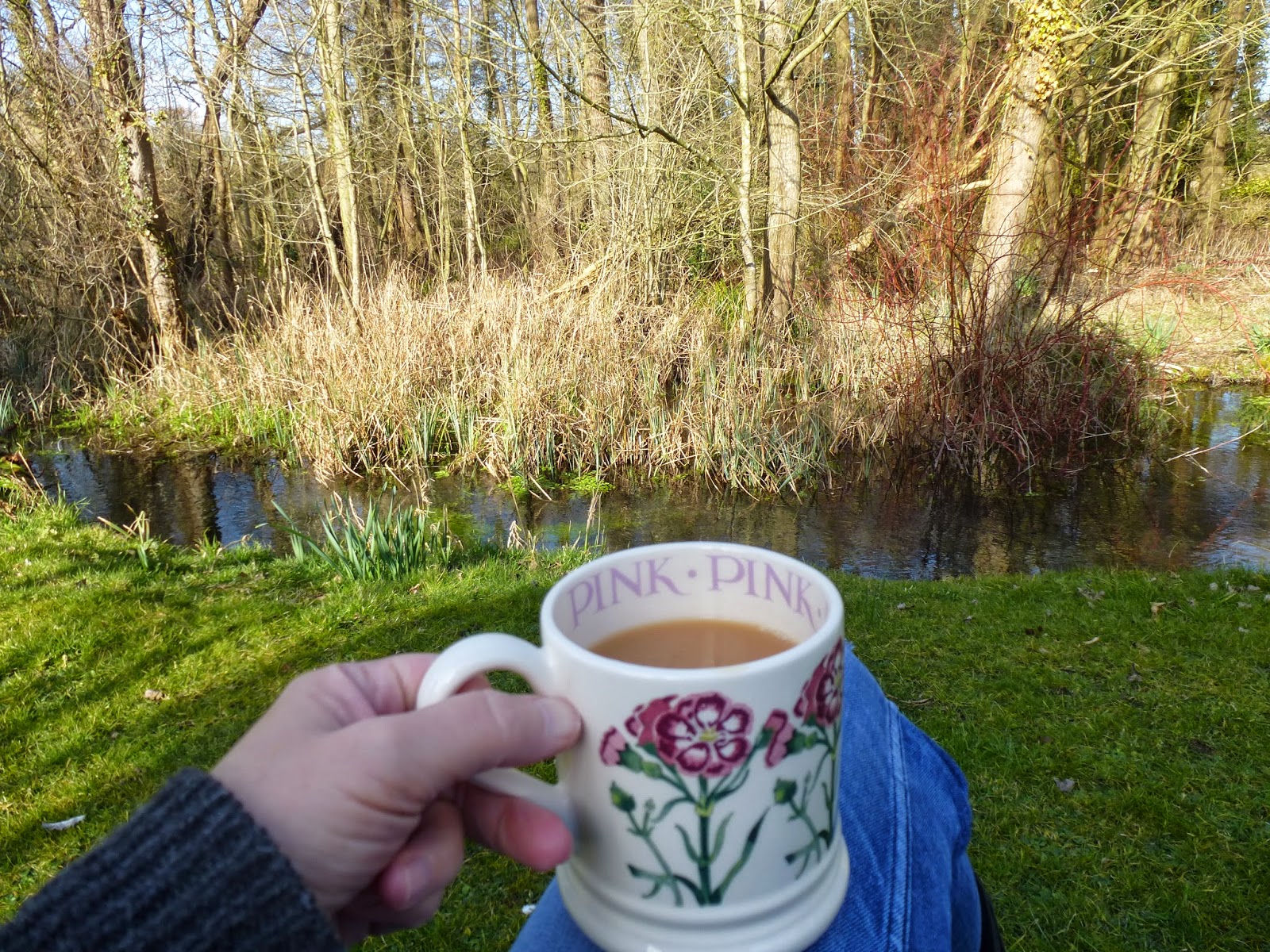 I admired the bit of blue sky behind the eucalyptus tree: 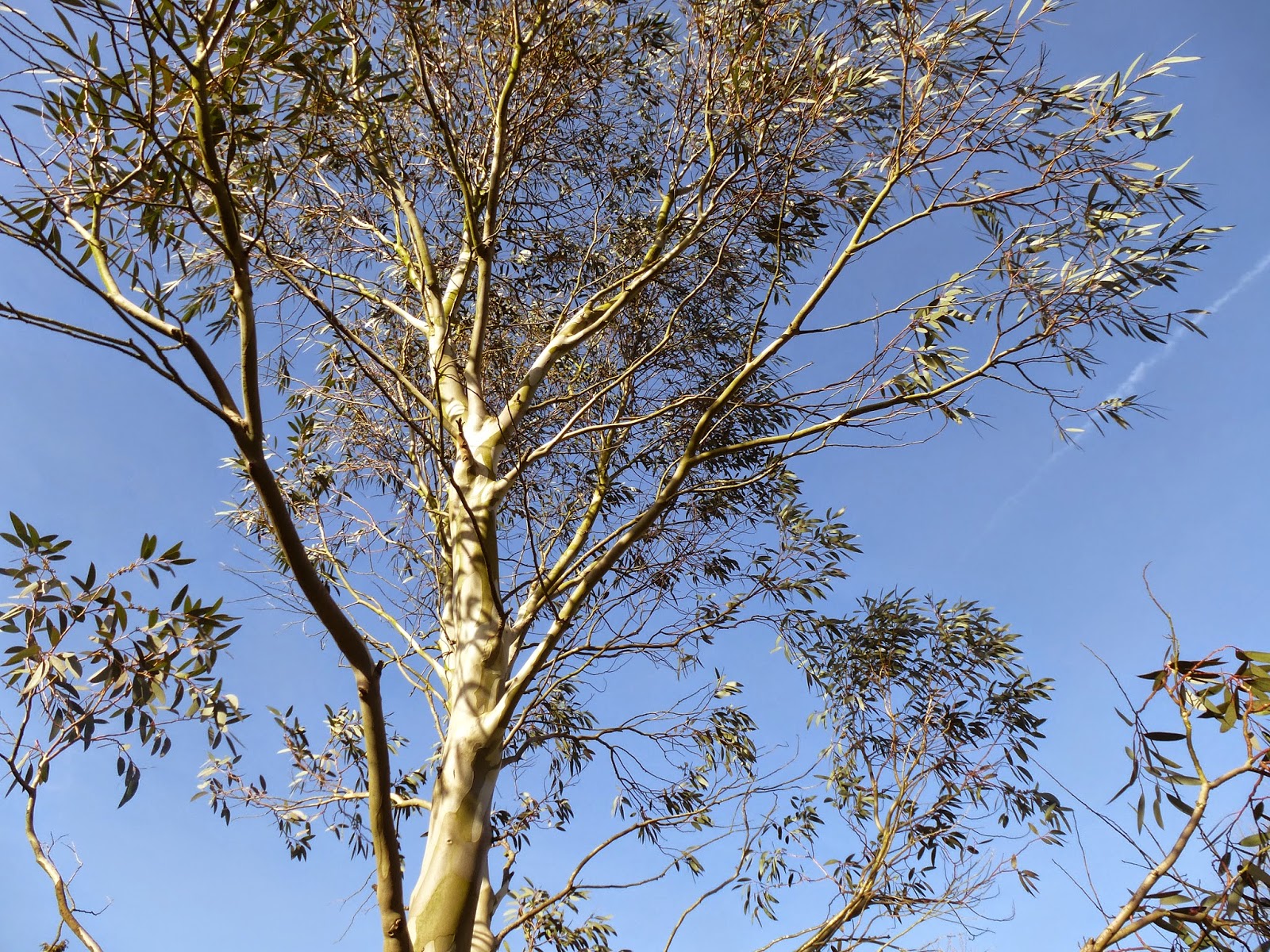 and the daffodils, which are almost ready to open: 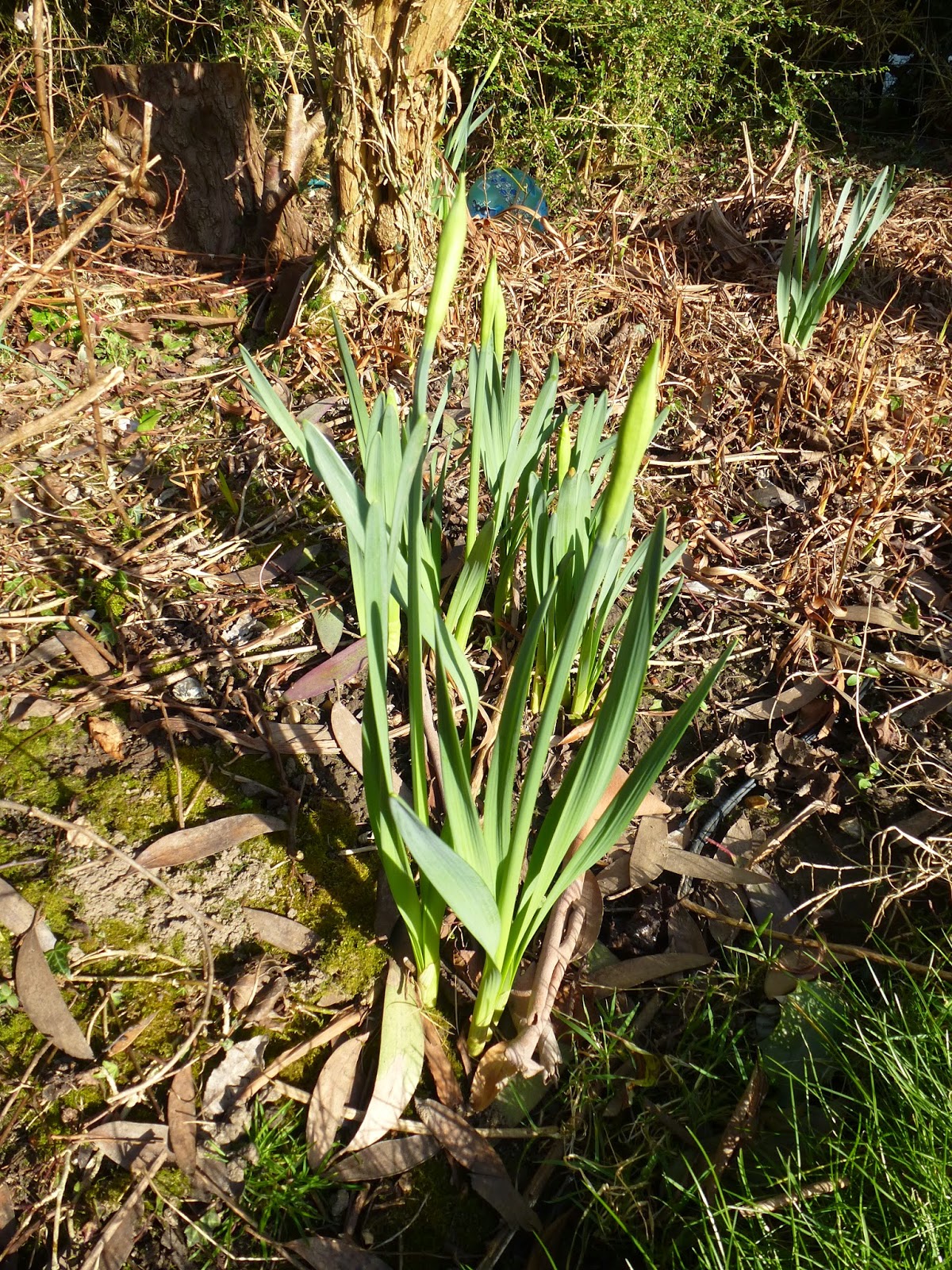 Hamish had his first outing of the year. I would have put him out in his run but Foxy Loxy has been lurking - in broad daylight too. The chickens got in a bit of a flap but I was just struck by how beautiful he was. Eventually, I got my act together and chased him off but, unfortunately, there was no time to grab the camera. Hamish, therefore, had to be content with an accompanied run in his harness. Sadly, the colour doesn't show up too well in the photo - it is actually bright pink but he thinks he is manly enough to get away with it! 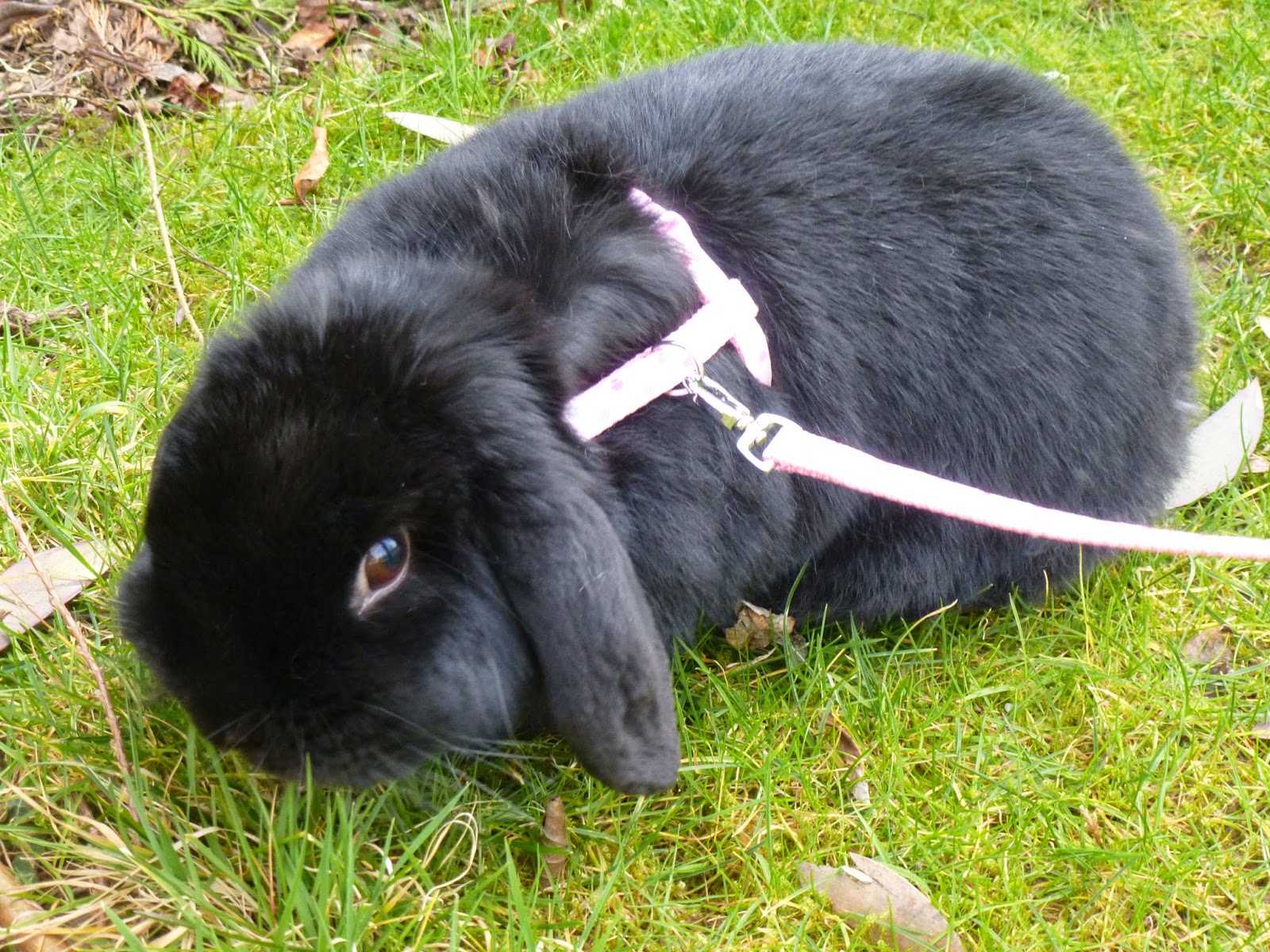 Apart from a whiff of Spring, there have been a few other happies this week:

R's carrot cake - it really was a bit of a triumph! 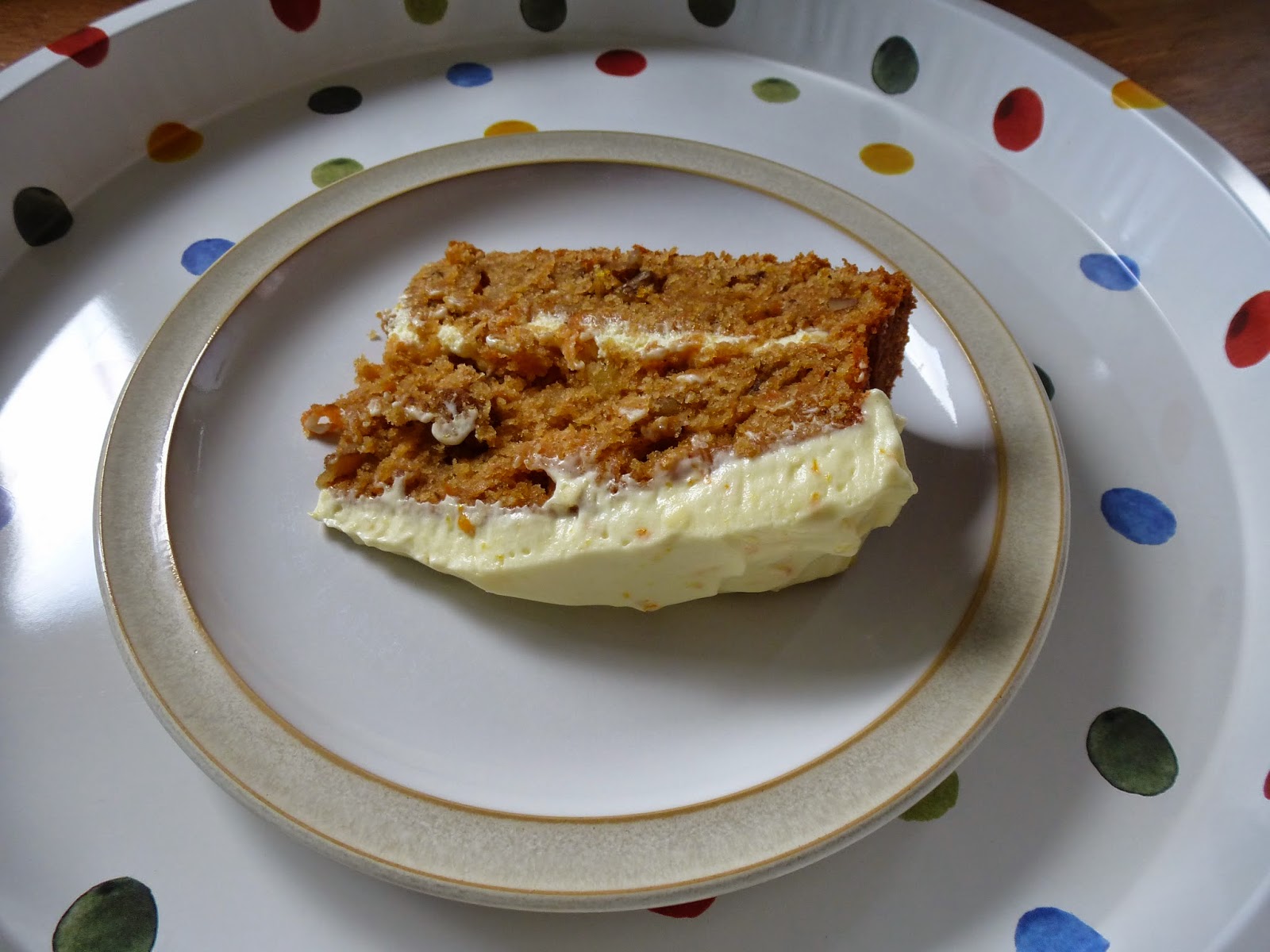 Joining together L's quilt. I've bought the backing and wadding, so just need to actually quilt it now: 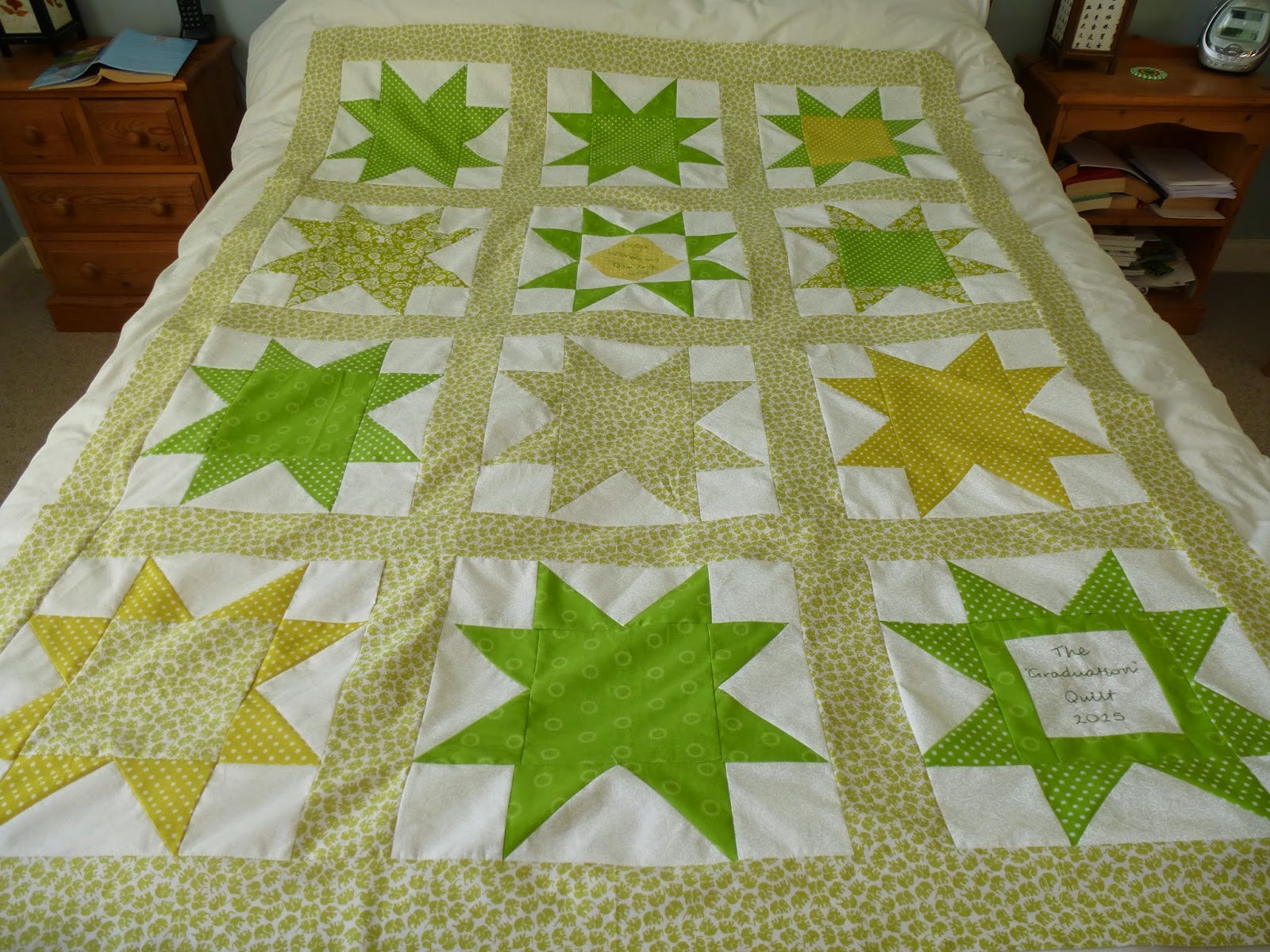 Making lemon curd. It was such a fantastic colour that I couldn't resist taking a photo - like sunshine in a jar: 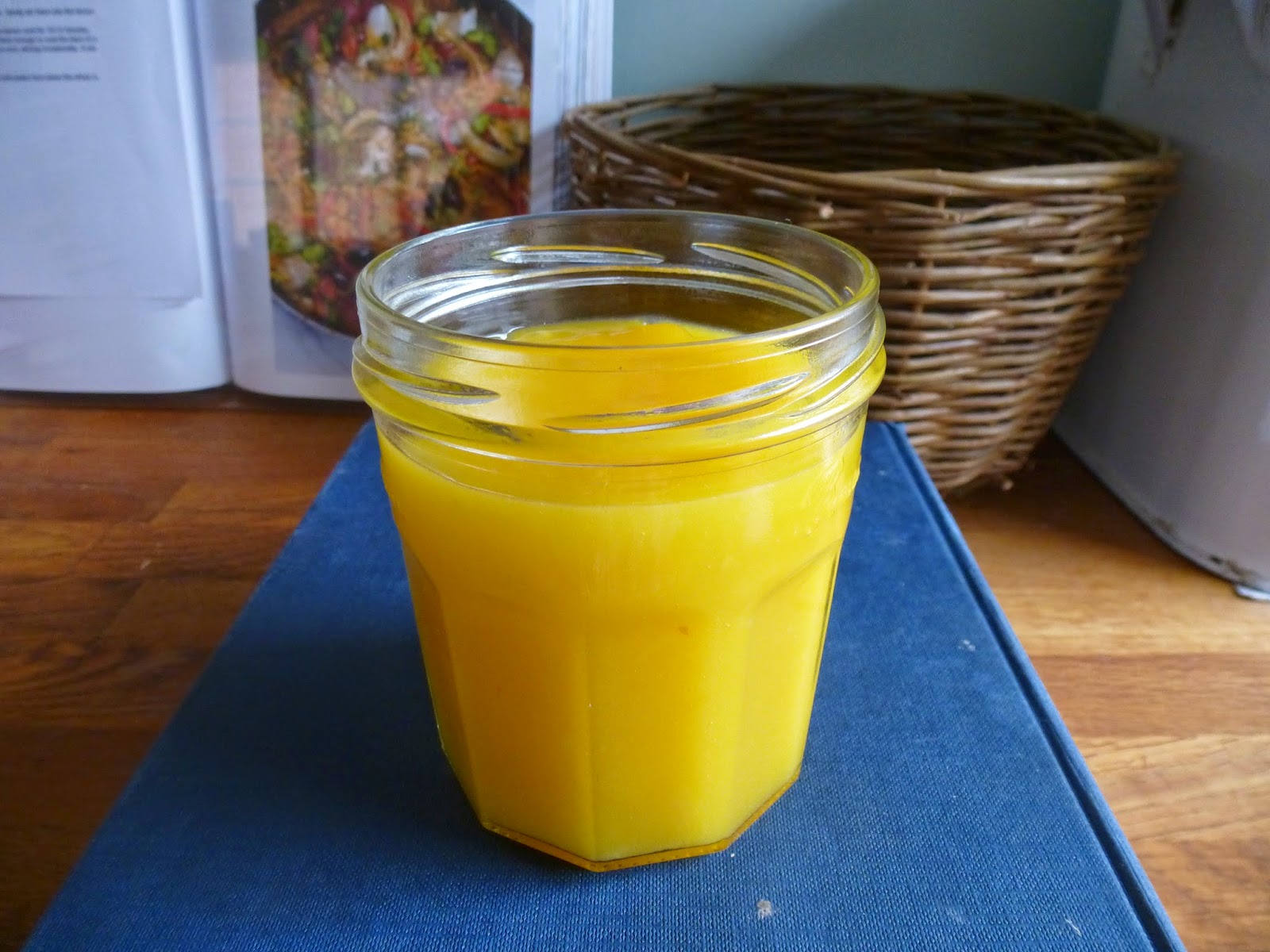 I used it to make a lemon and passion fruit pavlova - Michael Sheen made one for the Comic Relief Bake Off (see recipe here) and it was delicious. Please excuse the basket of laundry in the background - I really must learn to style my photos! 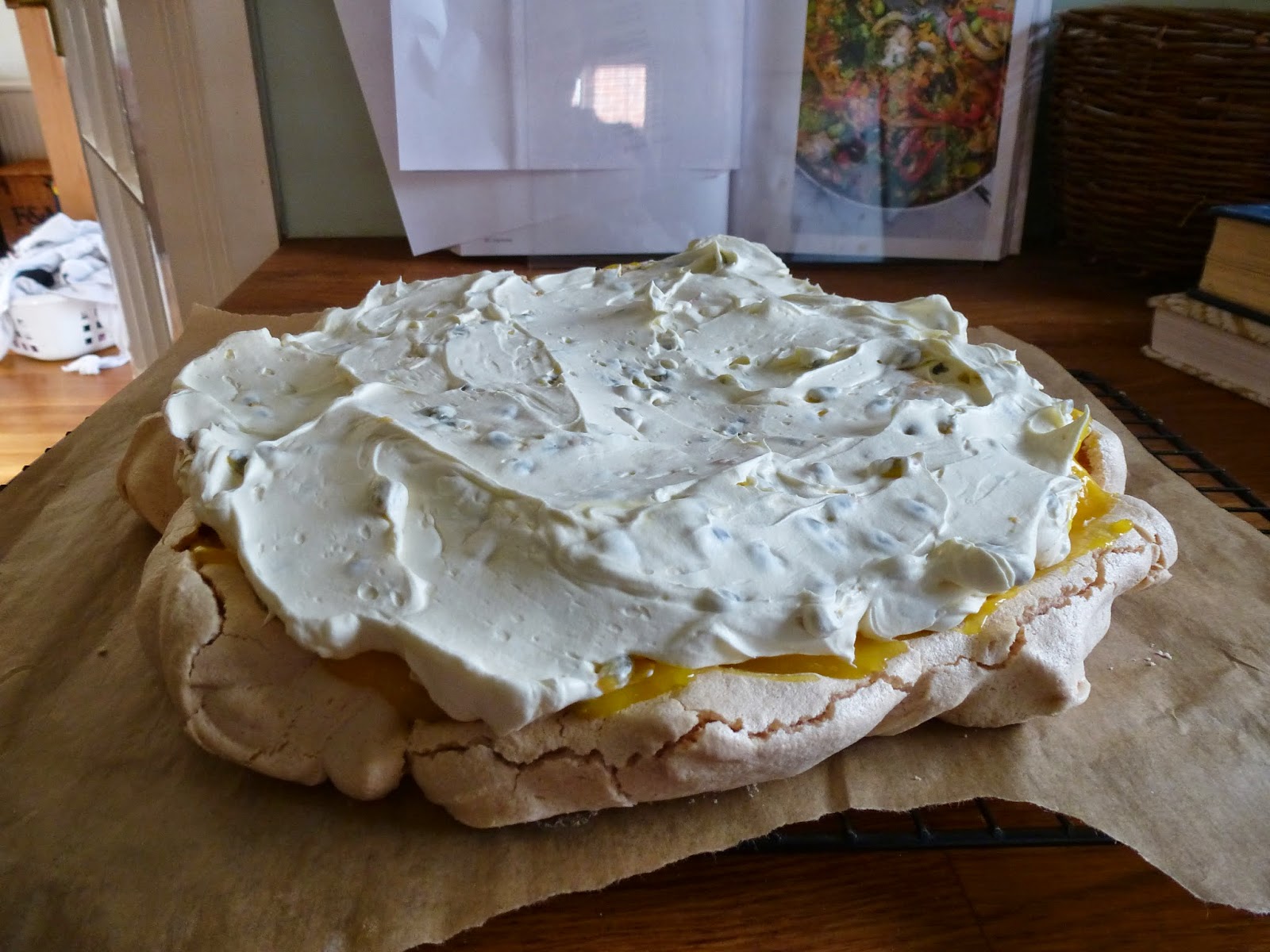 A visit to the library revealed a 'Tales of the Unfinishable' display. People had donated their unfinished WIPs along with a bit of background info: 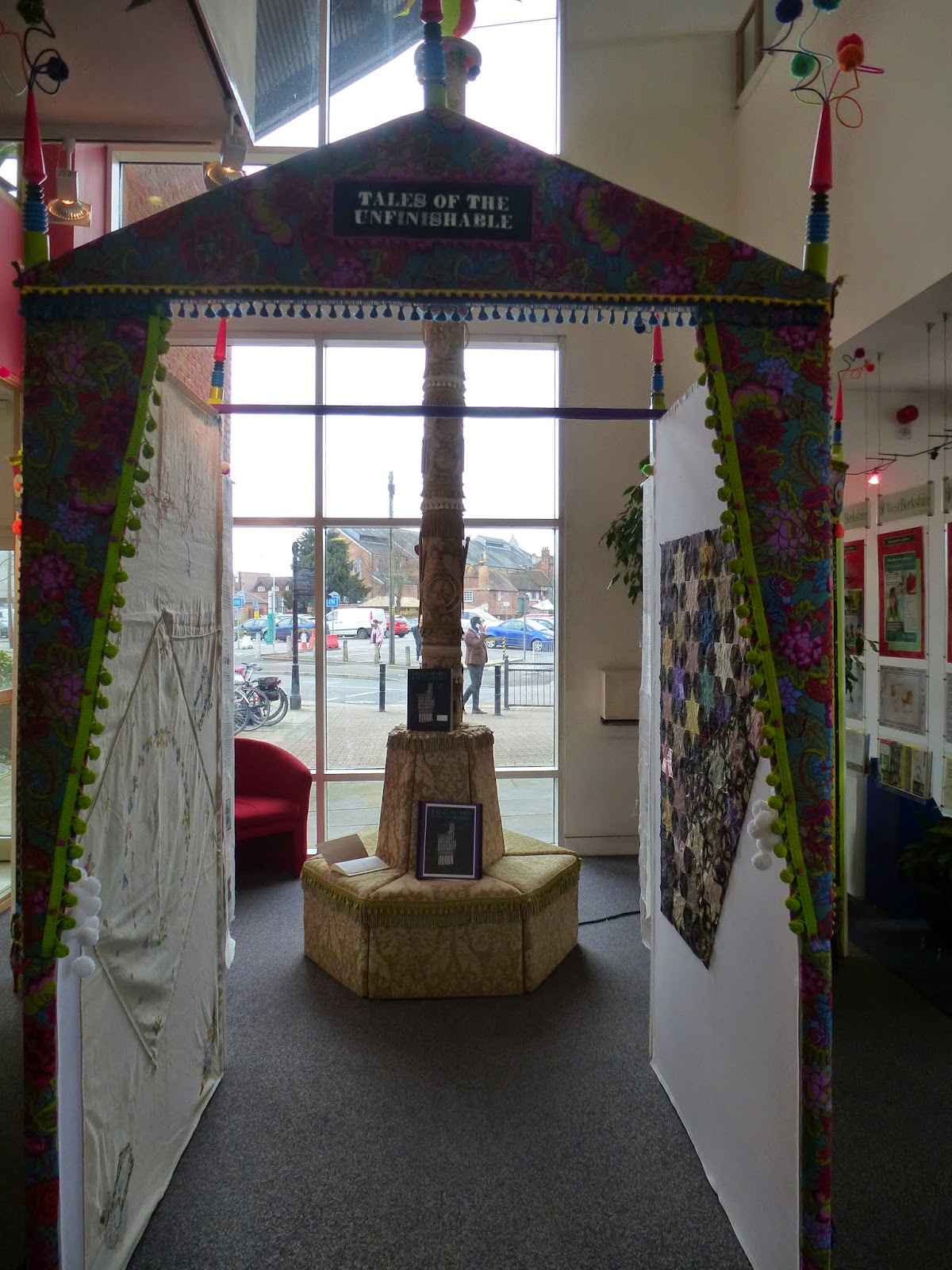 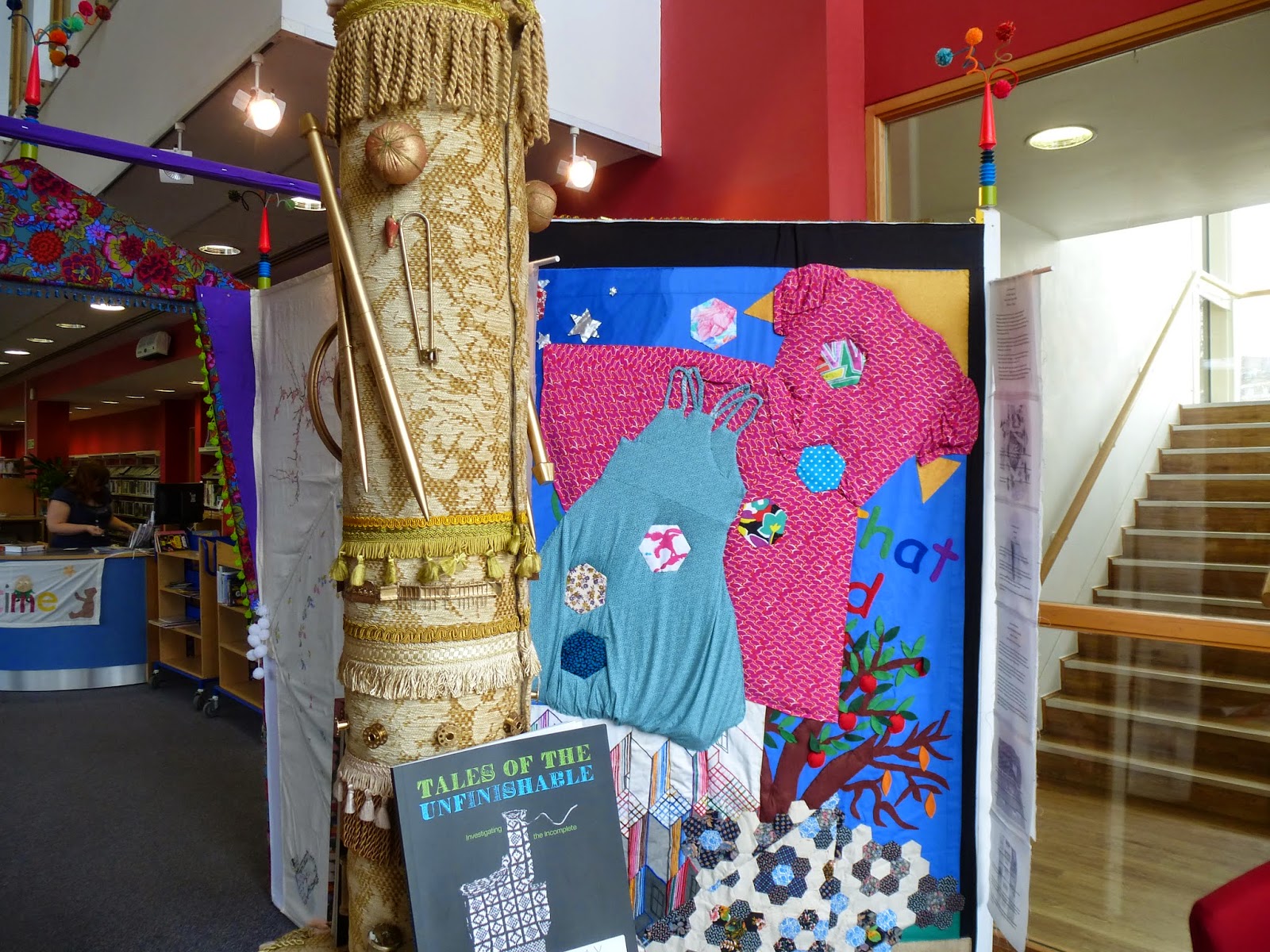 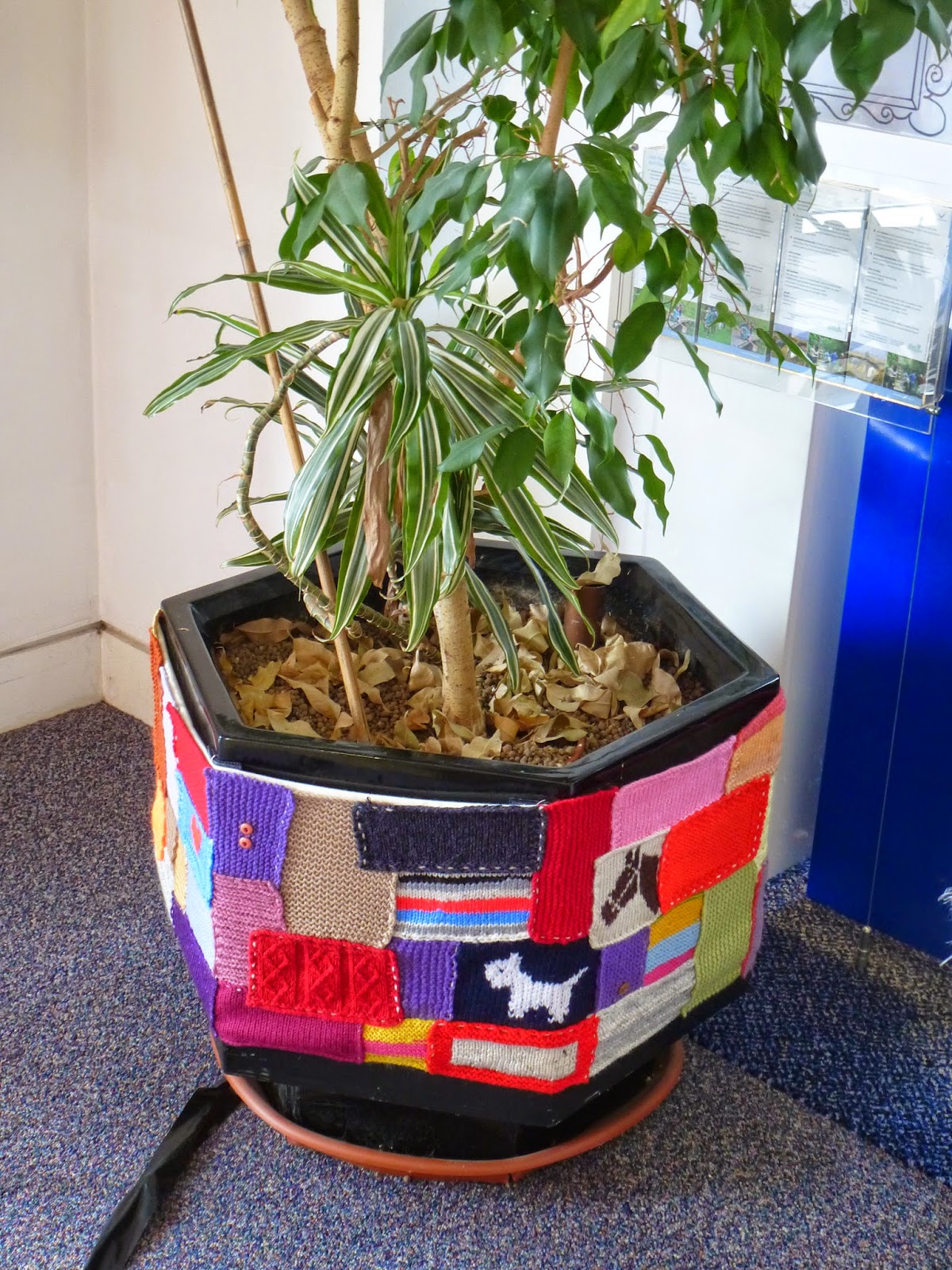 A couple of the new books I picked up whilst I was there: 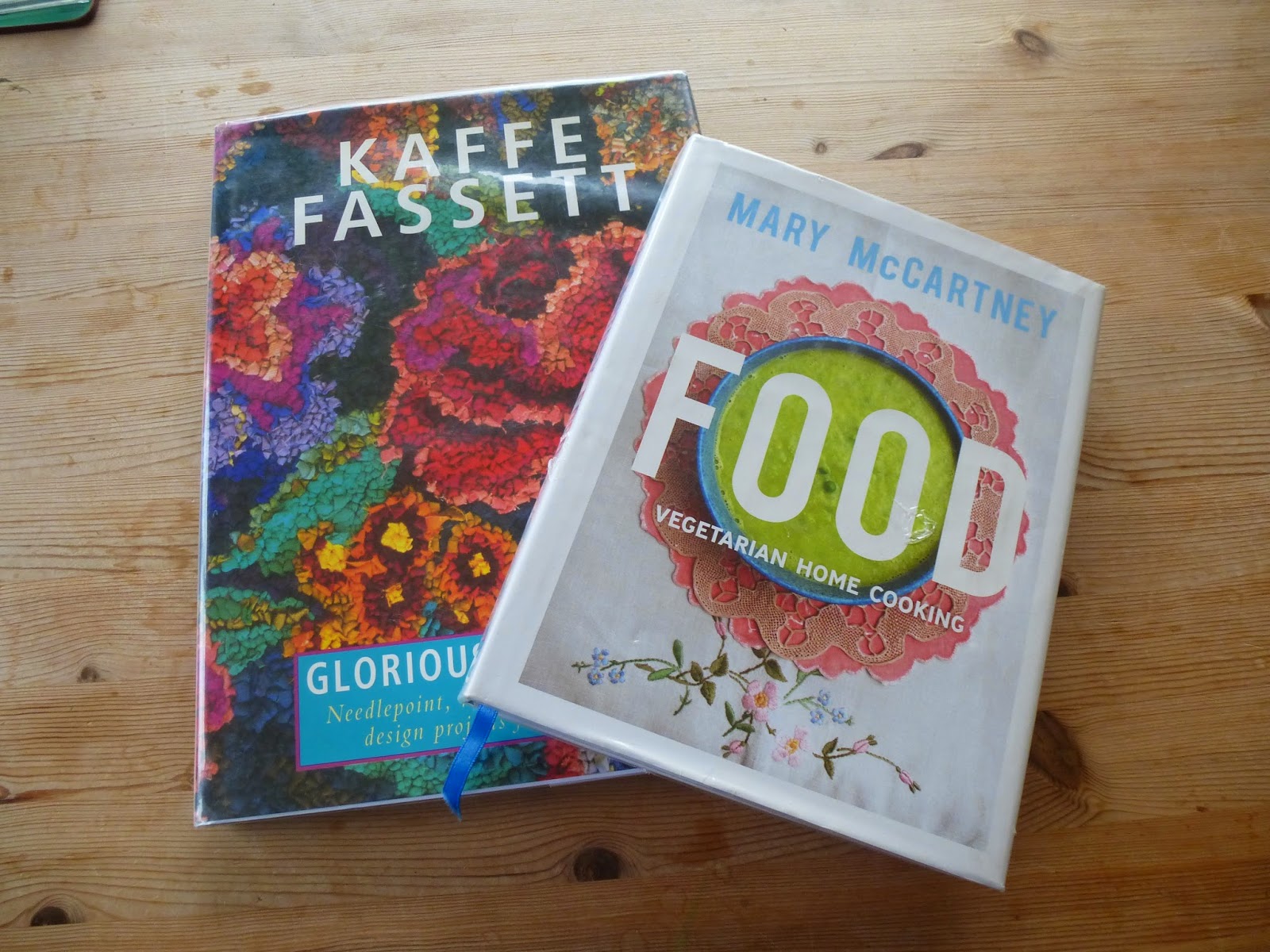 And one final happy for this week - I won a giveaway! I was so thrilled to win this from Planet Penny (thank you again, Penny!). The book takes you on a road trip around the United States, with a craft/cooking memento for every state. There's an 'Extreme Grilled Cheese' from Wisconsin (America's Dairyland, producing more cheese per capita than any other state!) for lunch with my name on it! 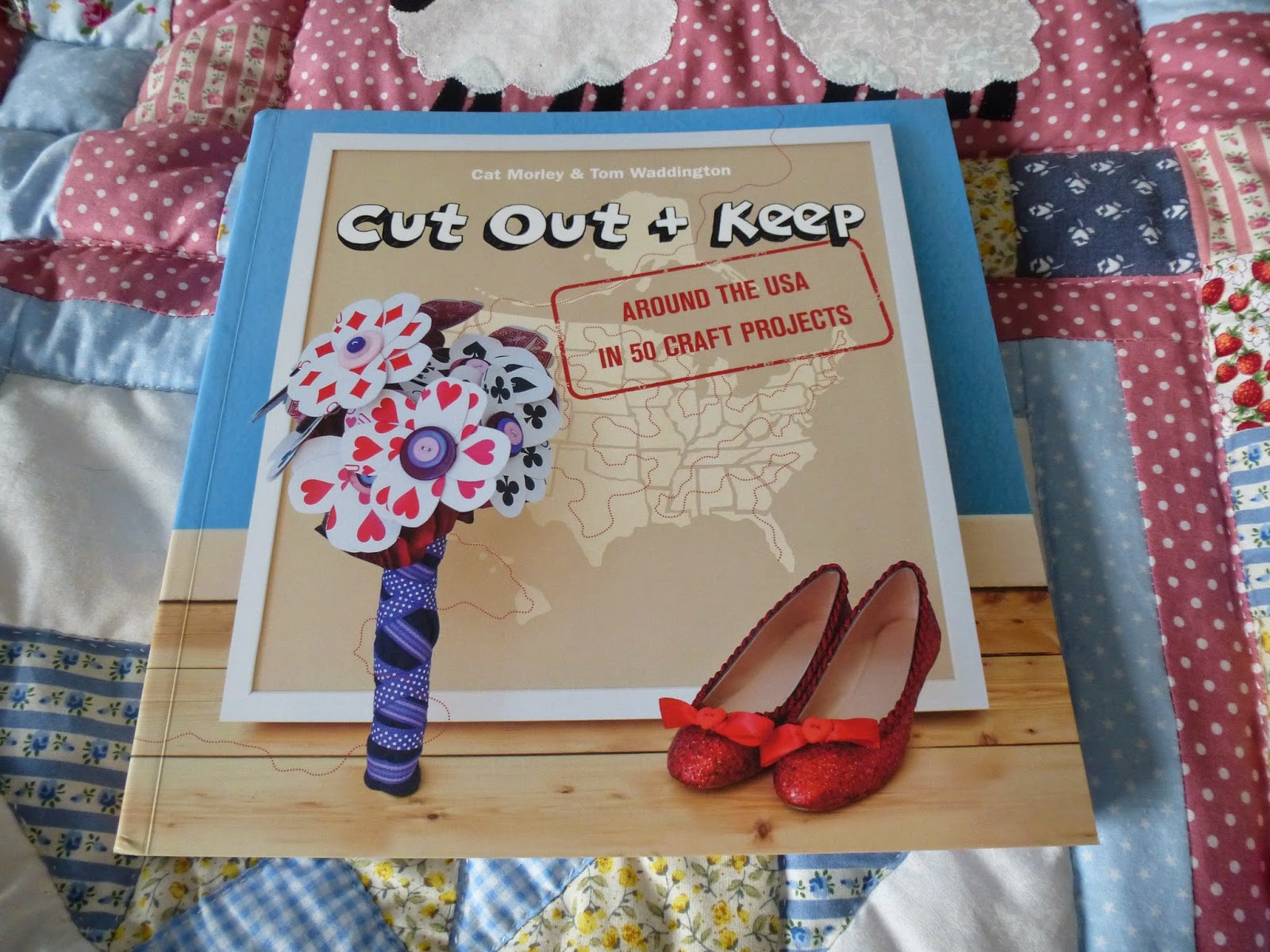 Enjoy the rest of the week. Toodle Pip for now. x
Posted by VeggieMummy at 01:49