Hello! Sunday found me beetling off to Salisbury to meet up with my oldest (as in 'known the longest'!) friend. We first met in school aged about 7, grew up together, shared a flat at uni and now meet up in the school holidays whenever we can. I arrived a little early having found a much quicker route than the one I usually take, so had time for a coffee and a little read. 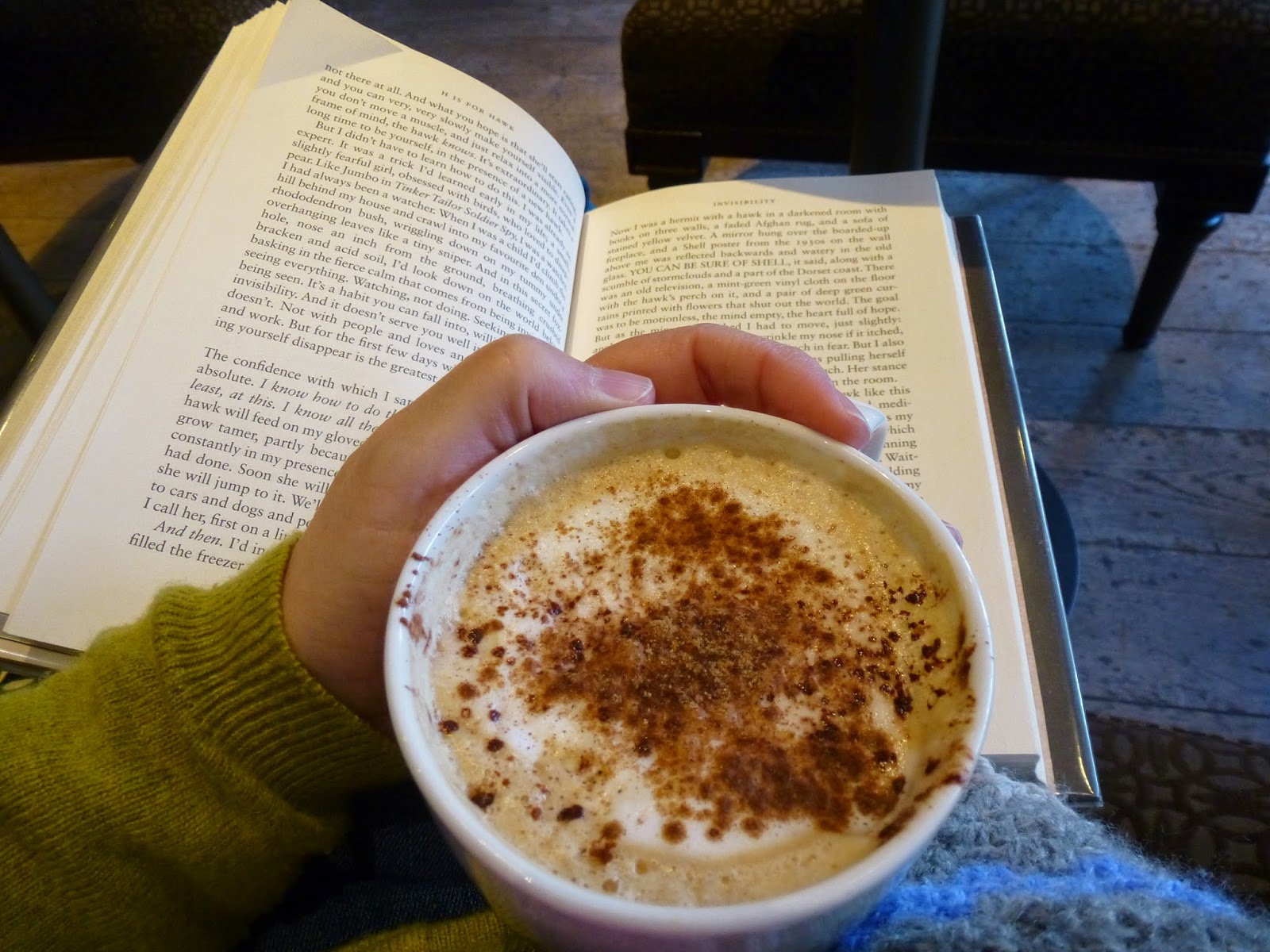 We had arranged to meet here for brunch: 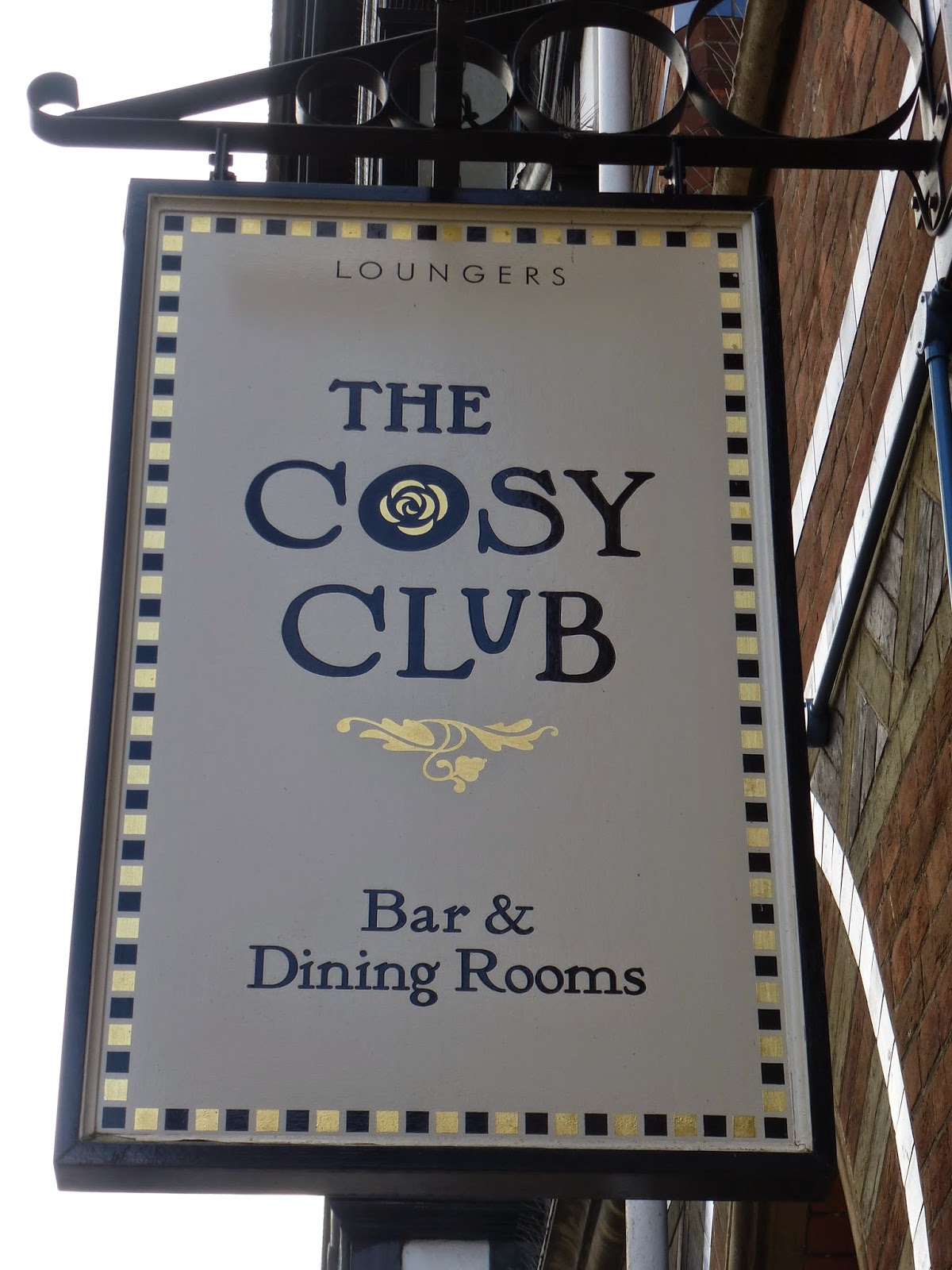 It was just like the name suggests, a sort of gentlemen's club type affair with comfy chairs, sofas and stuffed animal heads (although frankly, I could have lived without those!). 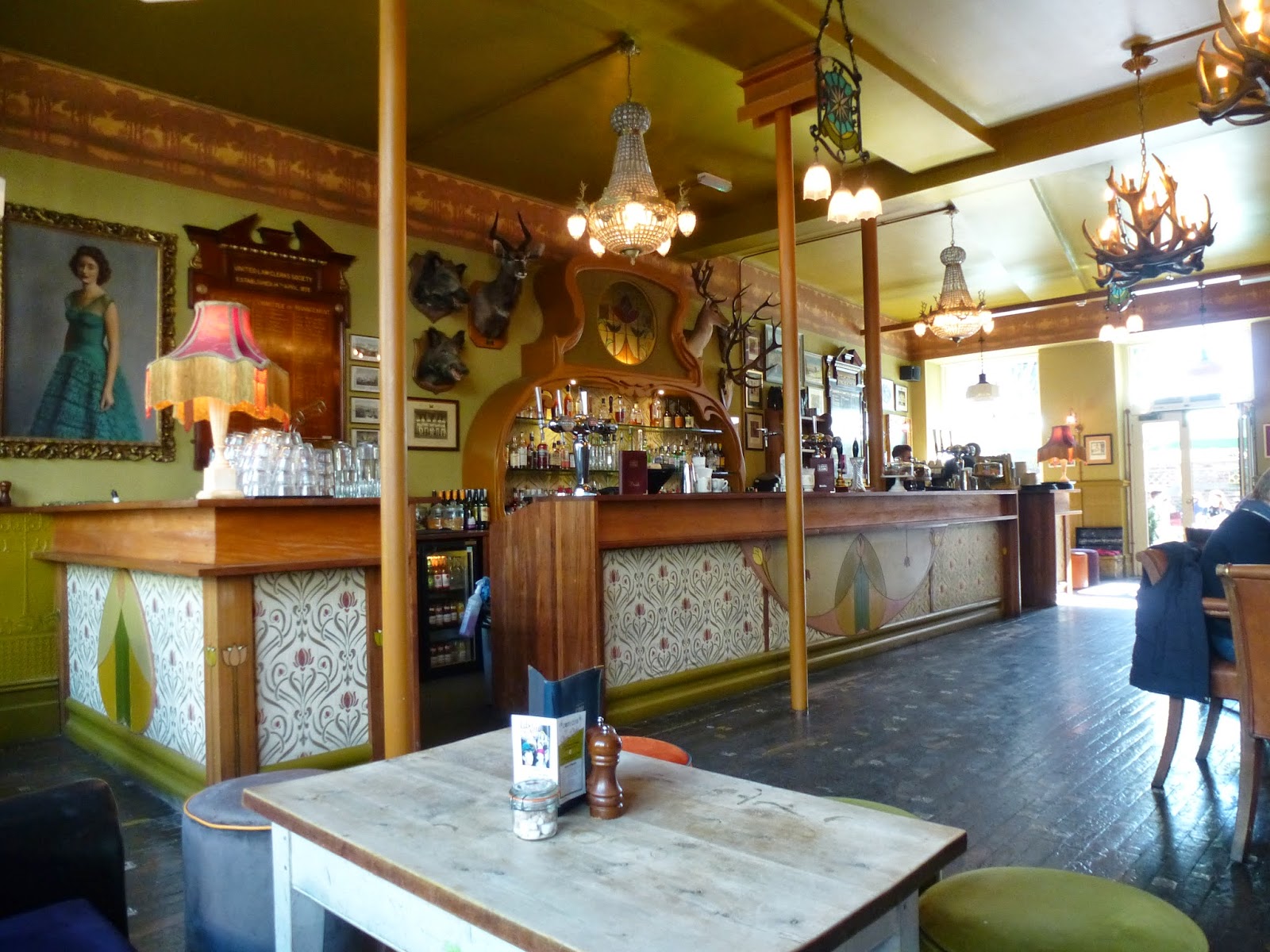 The food was yummy and I opted for a selection of veggie tapas: 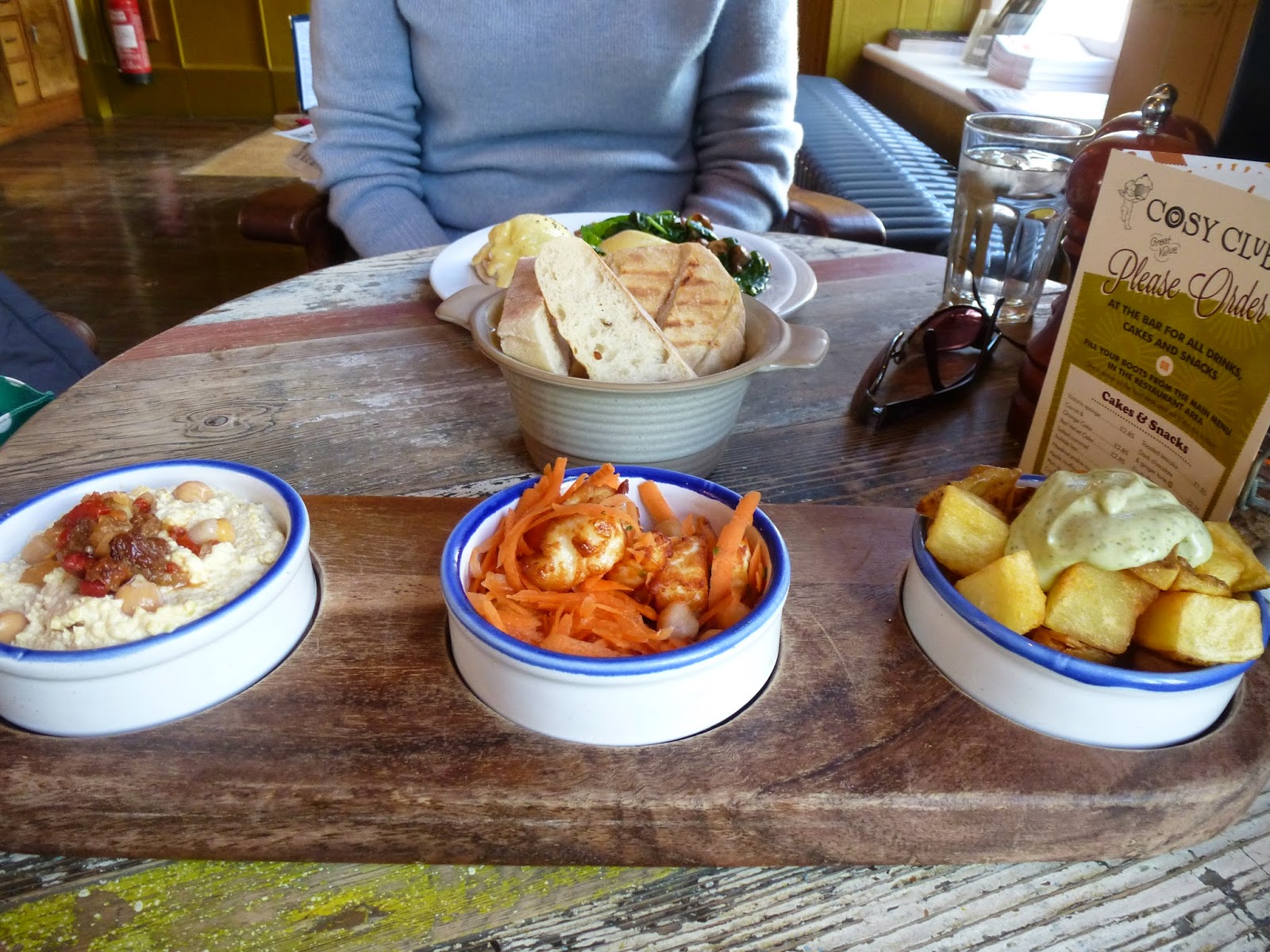 Much catching up later, we went for a wander around the city. A little shopping was done - I was very restrained, opting for just a pair of boots for E which were in a sale (her old ones now having a sole which flaps about and makes her look a bit like a street urchin) - fortunately, they fit! We then headed for the cathedral to have a pot of tea (OK and a slice of Bakewell tart!) in the refectory, before listening to evensong. We also saw their exhibition of the Magna Carta - the cathedral has the best preserved of the original 4 which was lovely to see as this year is the 800th anniversary of its signing. 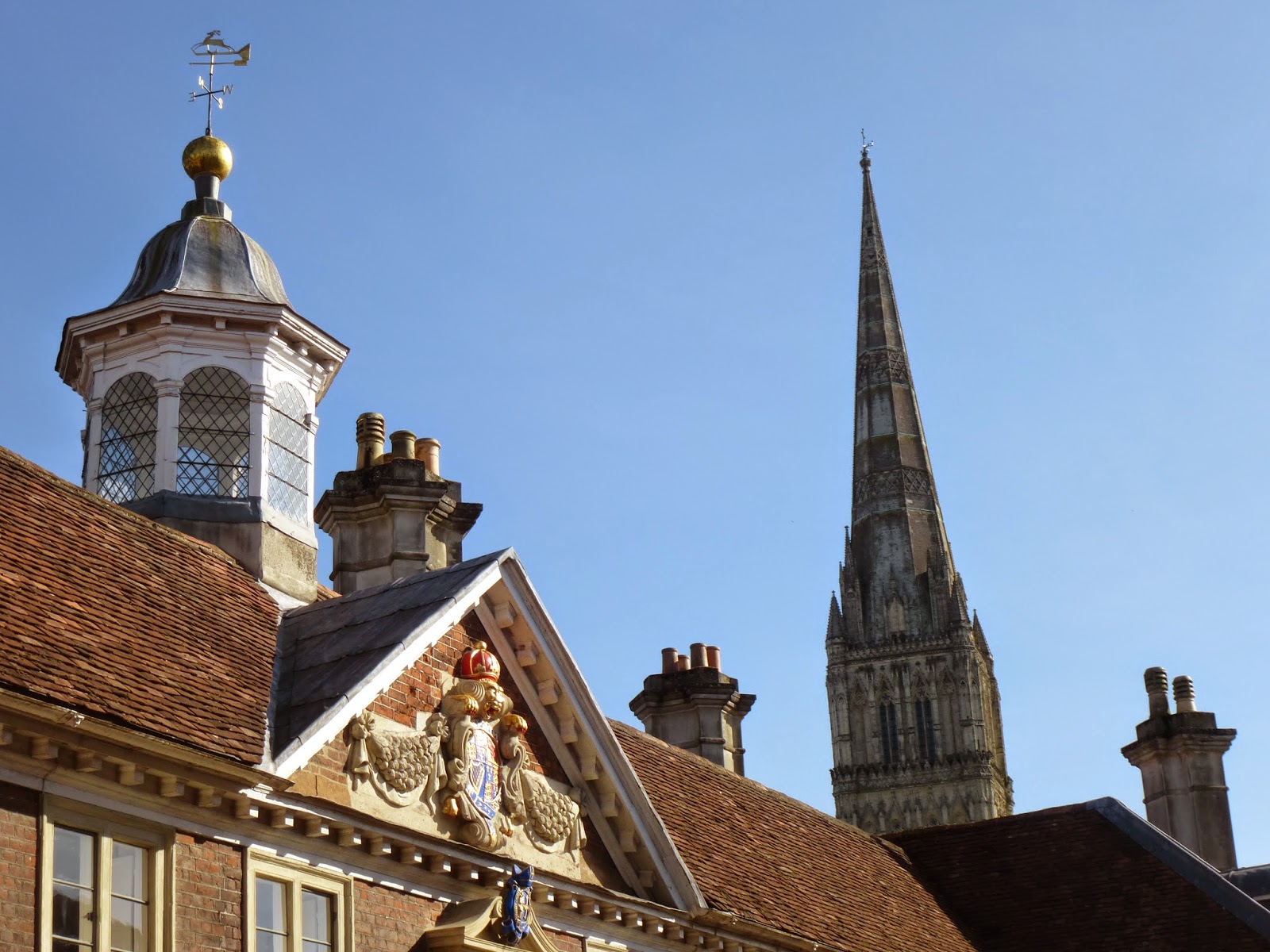 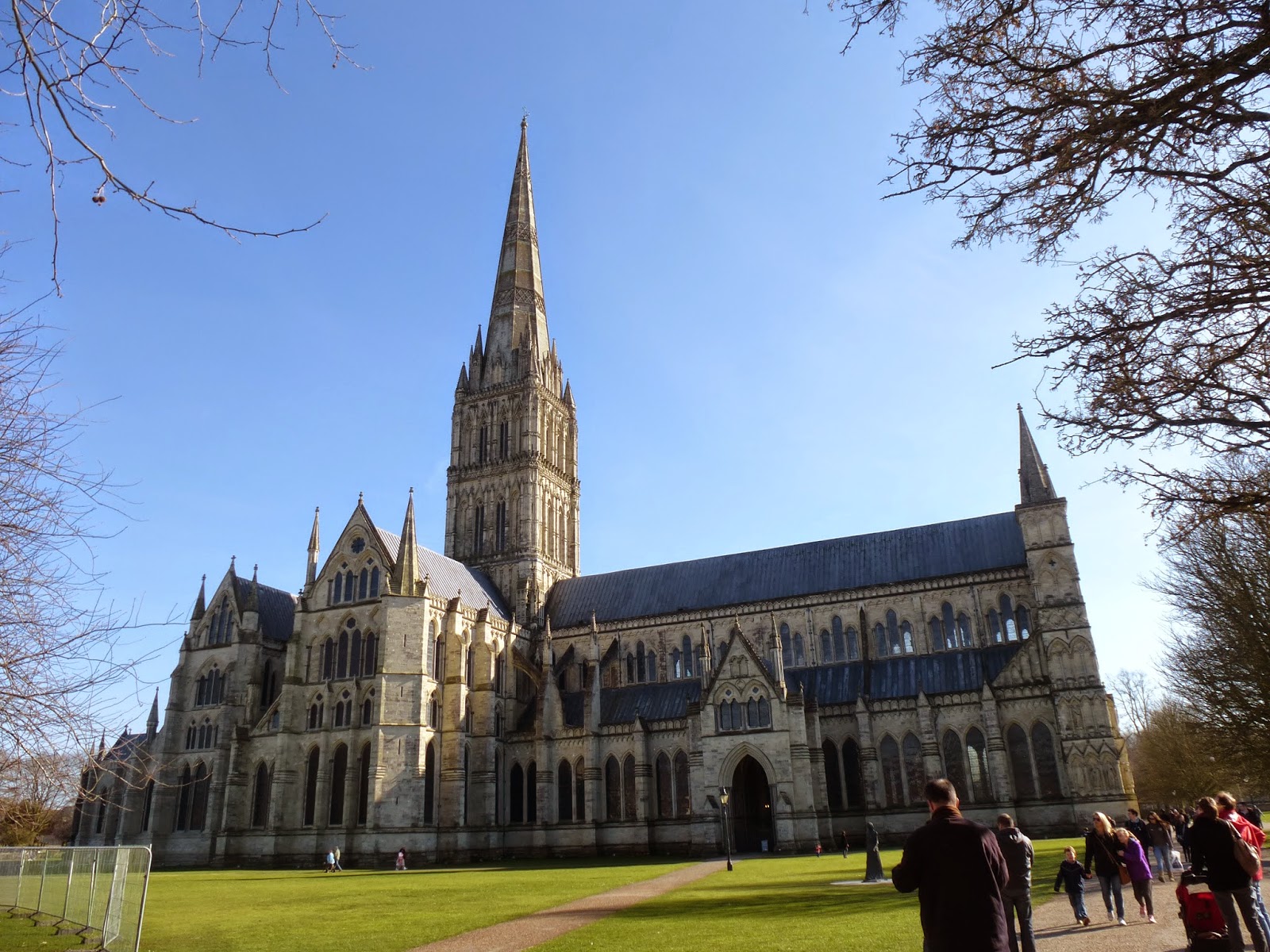 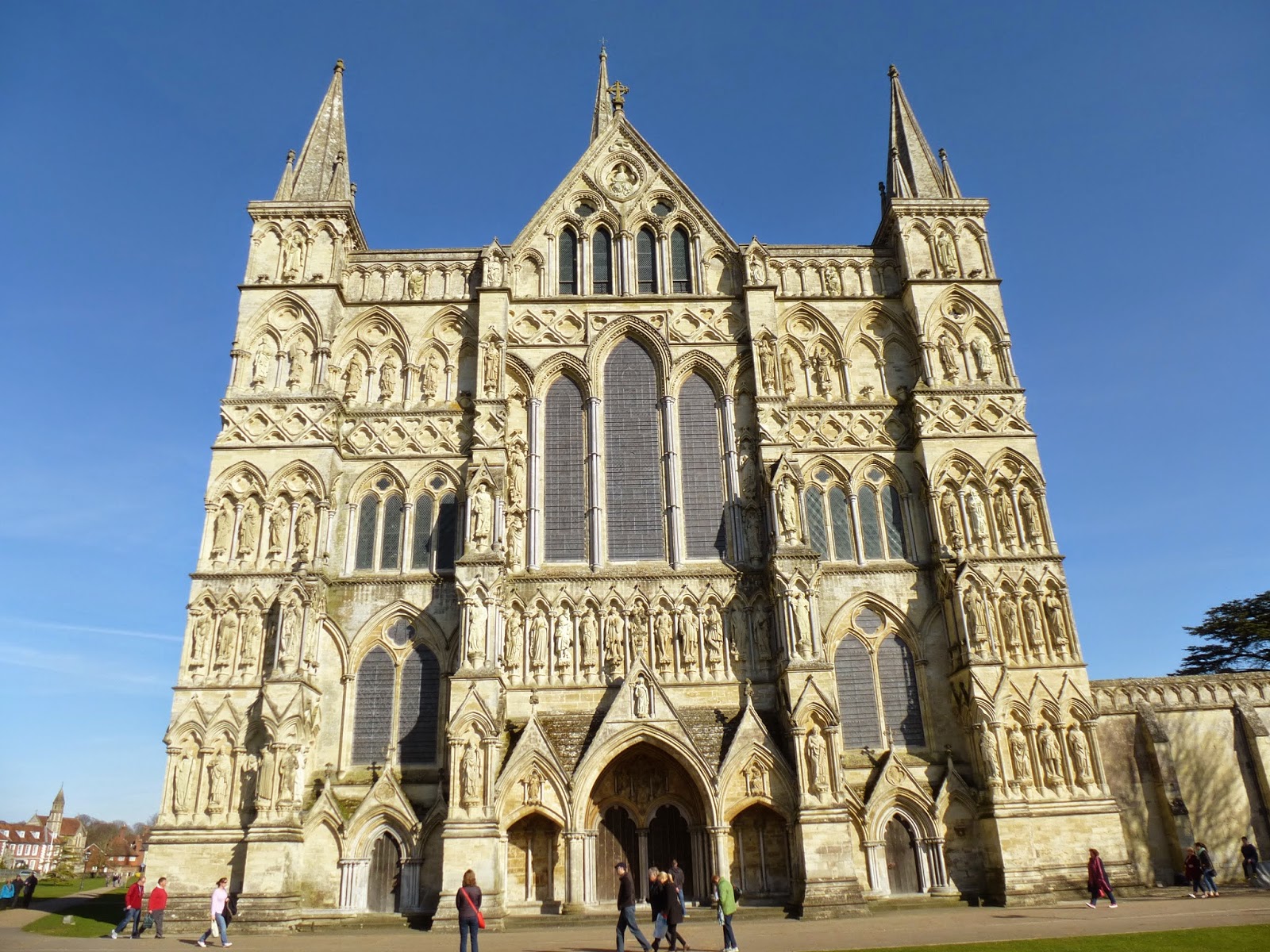 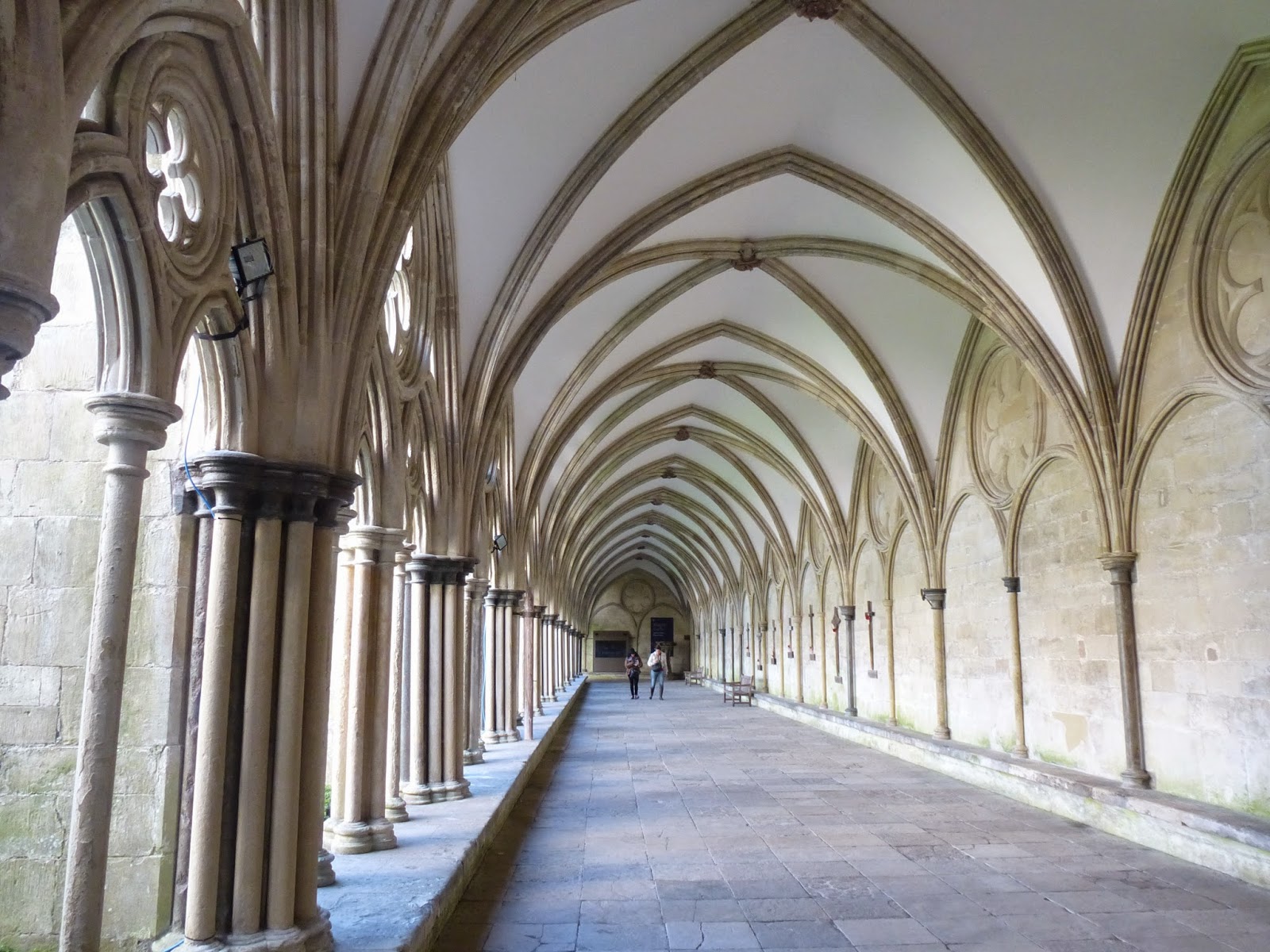 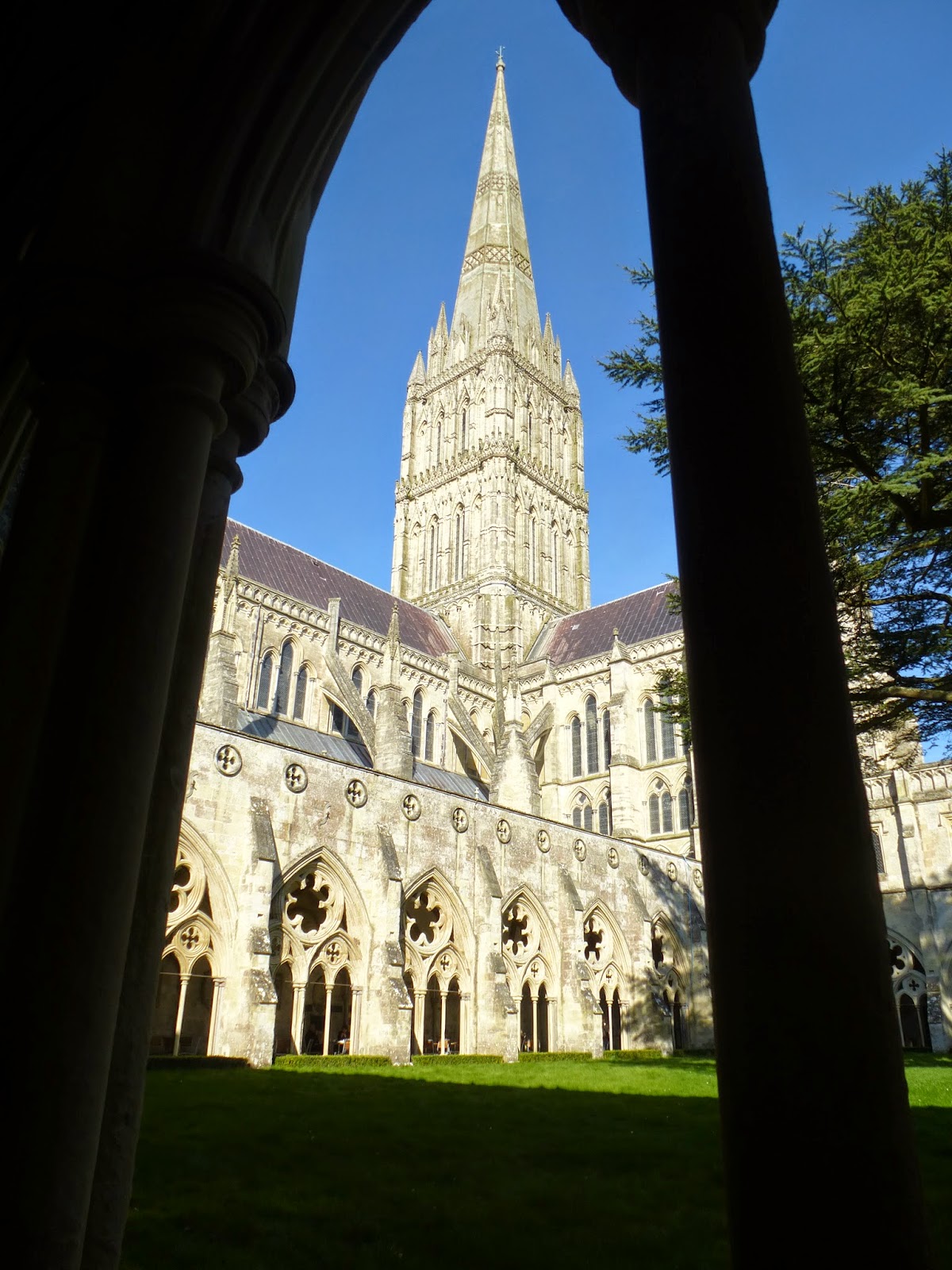 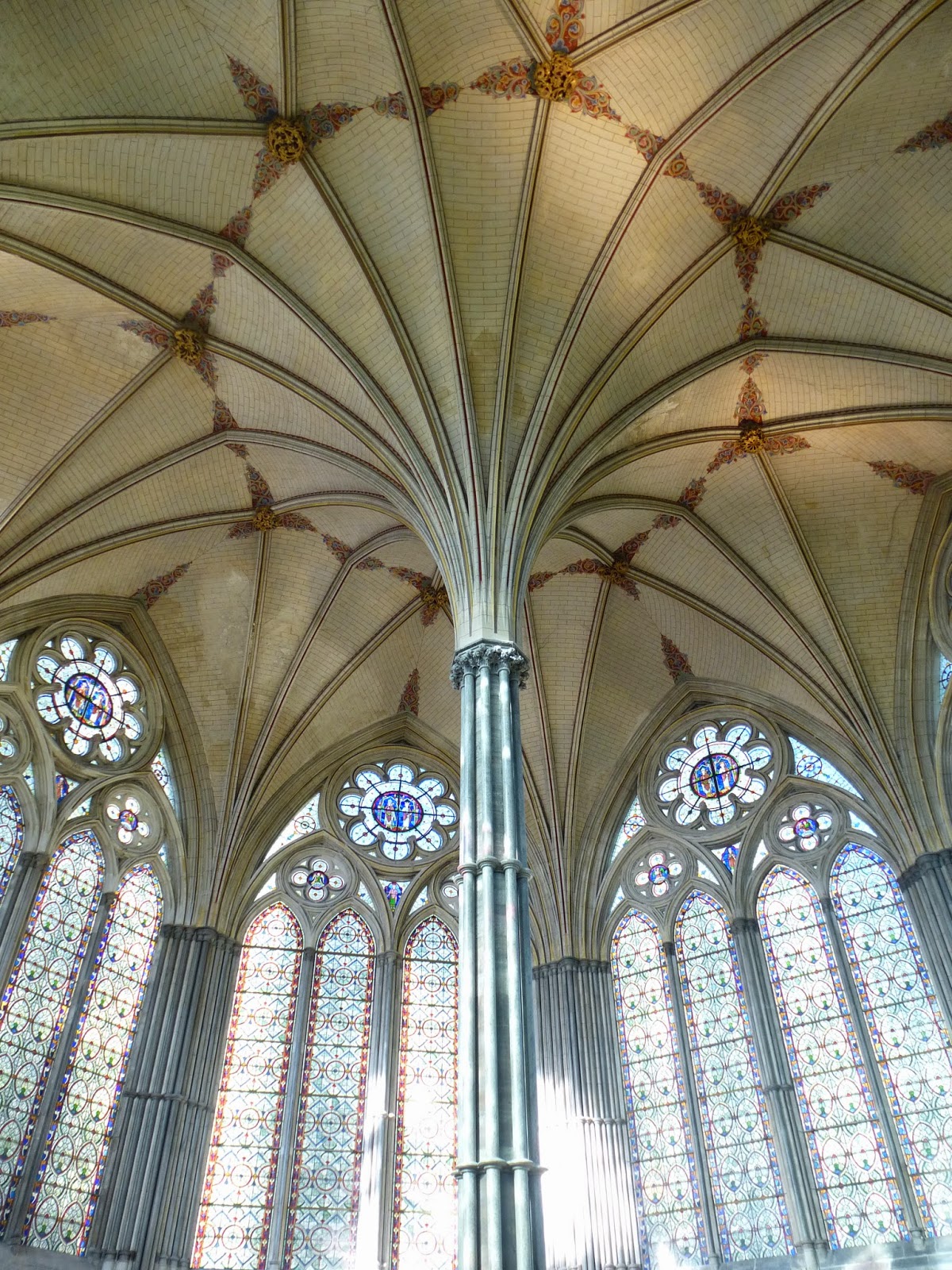 We sat in the choir for evensong which was just magical; the choristers singing was heavenly.We then had to power walk back towards the station so S could catch her train. I had a wonderful day and even the drive home was lovely, with the sun setting slowly behind me.

Other happies this week include:


Finishing my primitive stitching Spring embroidery. I'm not sure whether to hang it as it is or tuck the extra fabric behind, so the frame forms the outer edge - what do you think? I may just store it for a while anyway - it would be nice to complete one for each season and then hang them together. 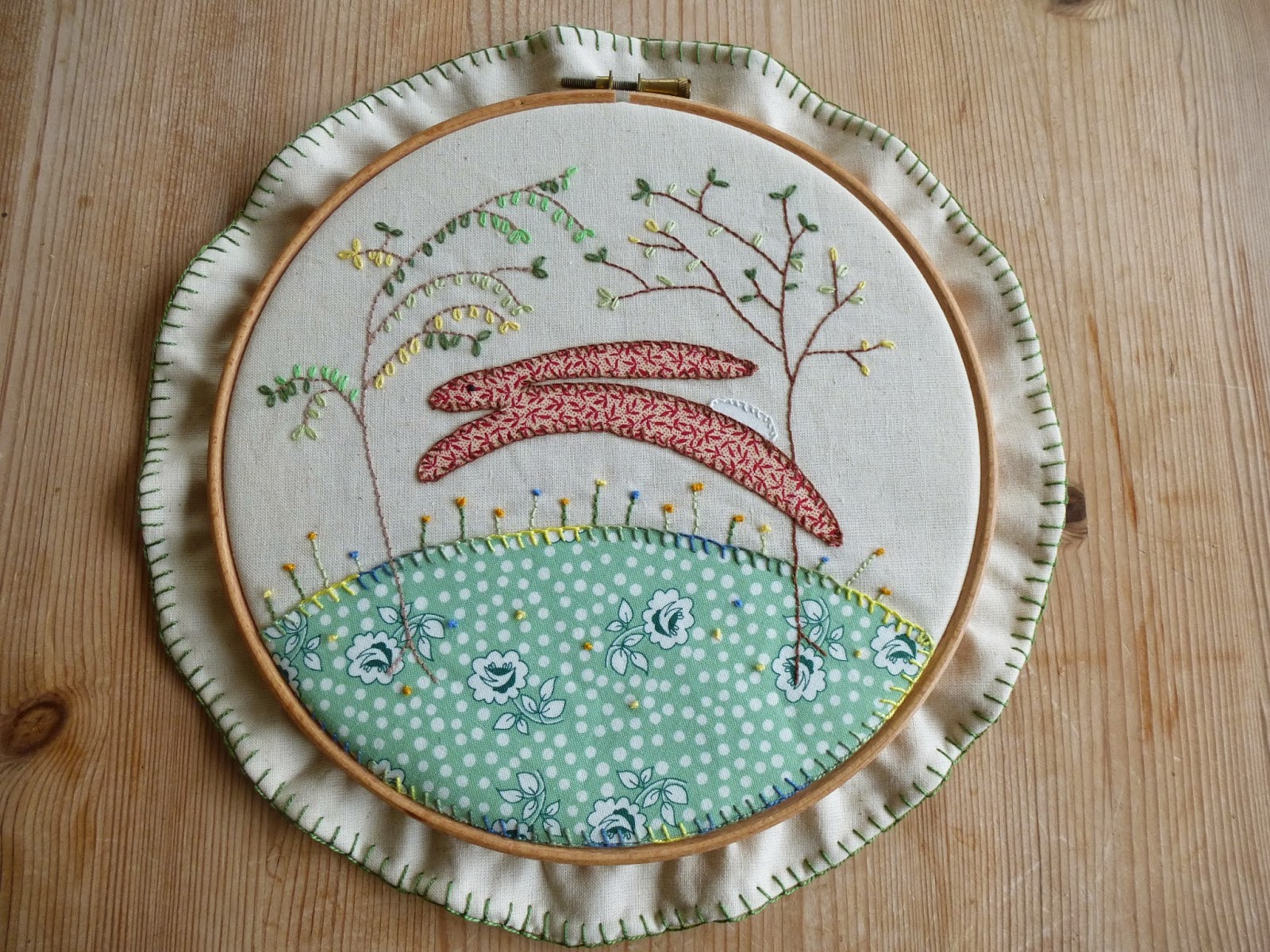 This week's library books. I am loving 'H is for Hawk' - it's so beautifully written. 'To Kill a Mockingbird' is this month's book club choice. It happens to be my favourite book, so it will be no hardship to reread it. I'm not sure whether or not I'm looking forward to her new one though - it would be so sad if it turned out to be disappointing. 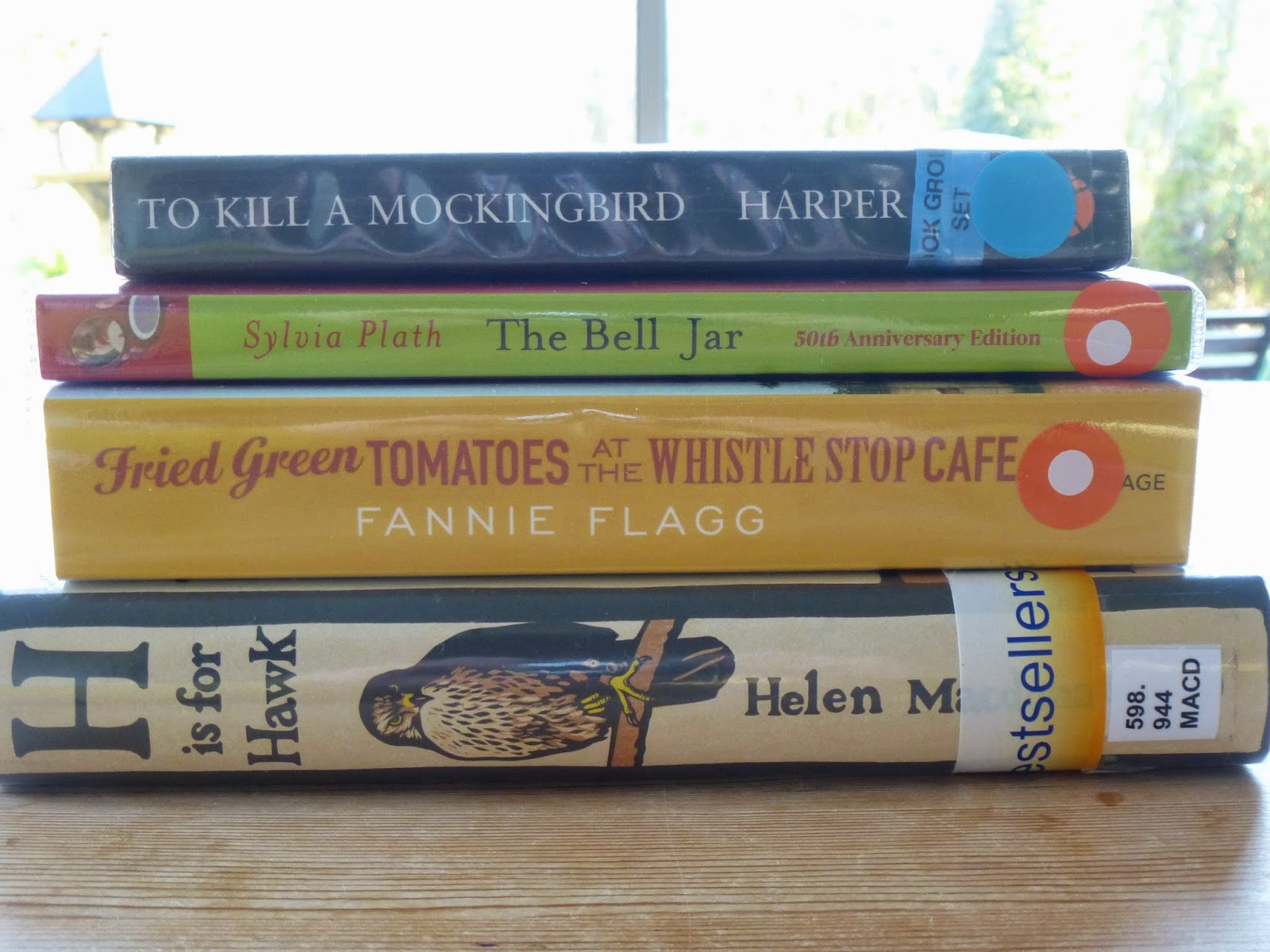 E sat her Grade 8 piano exam on Monday, so here's a photo of 'Joanna' - it makes me happy because I no longer have to listen to interminable scales! 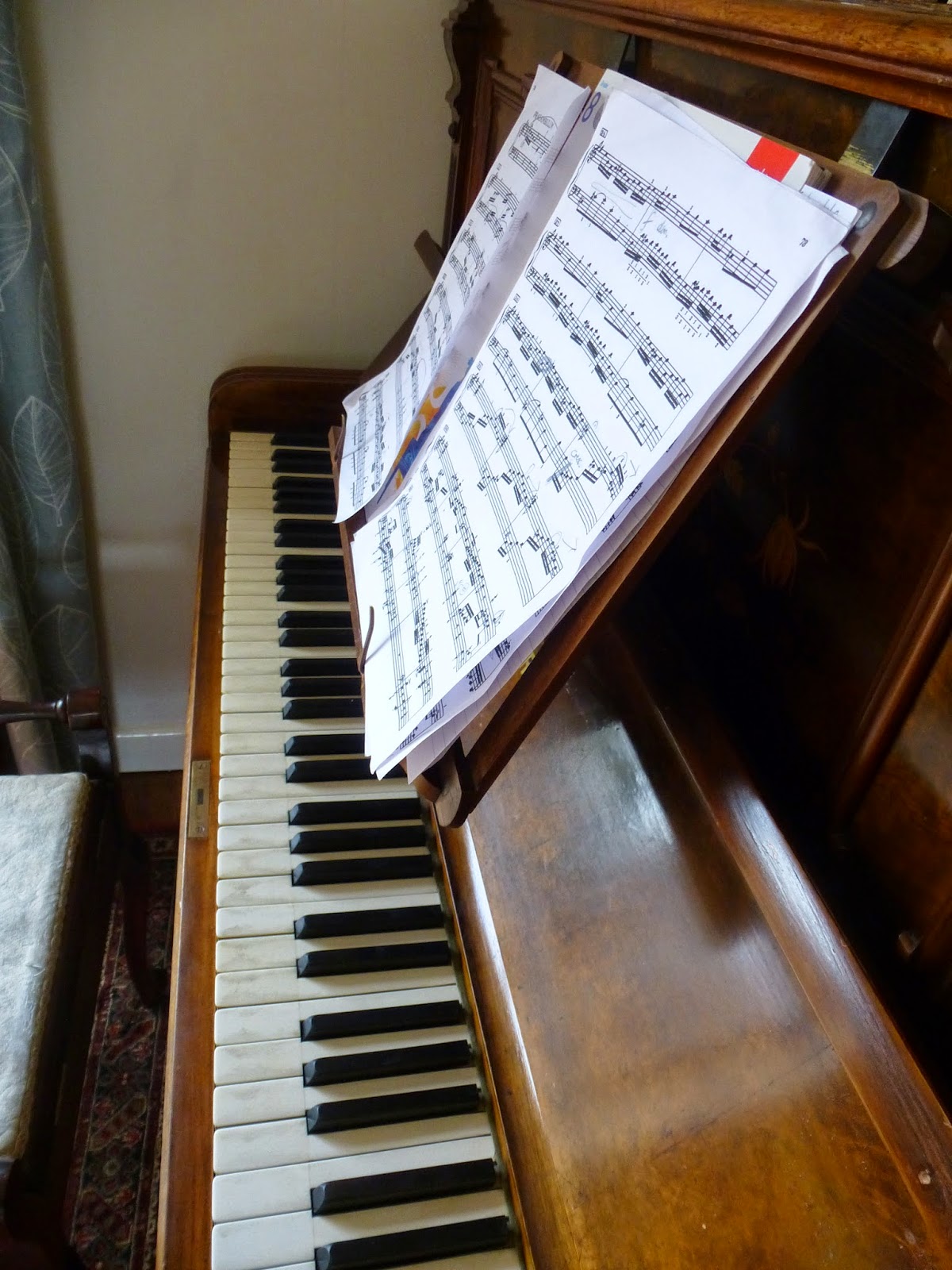 The hyacinths are blooming in the garden - this is one of the ones by the front door and its scent makes me very happy when I come home: 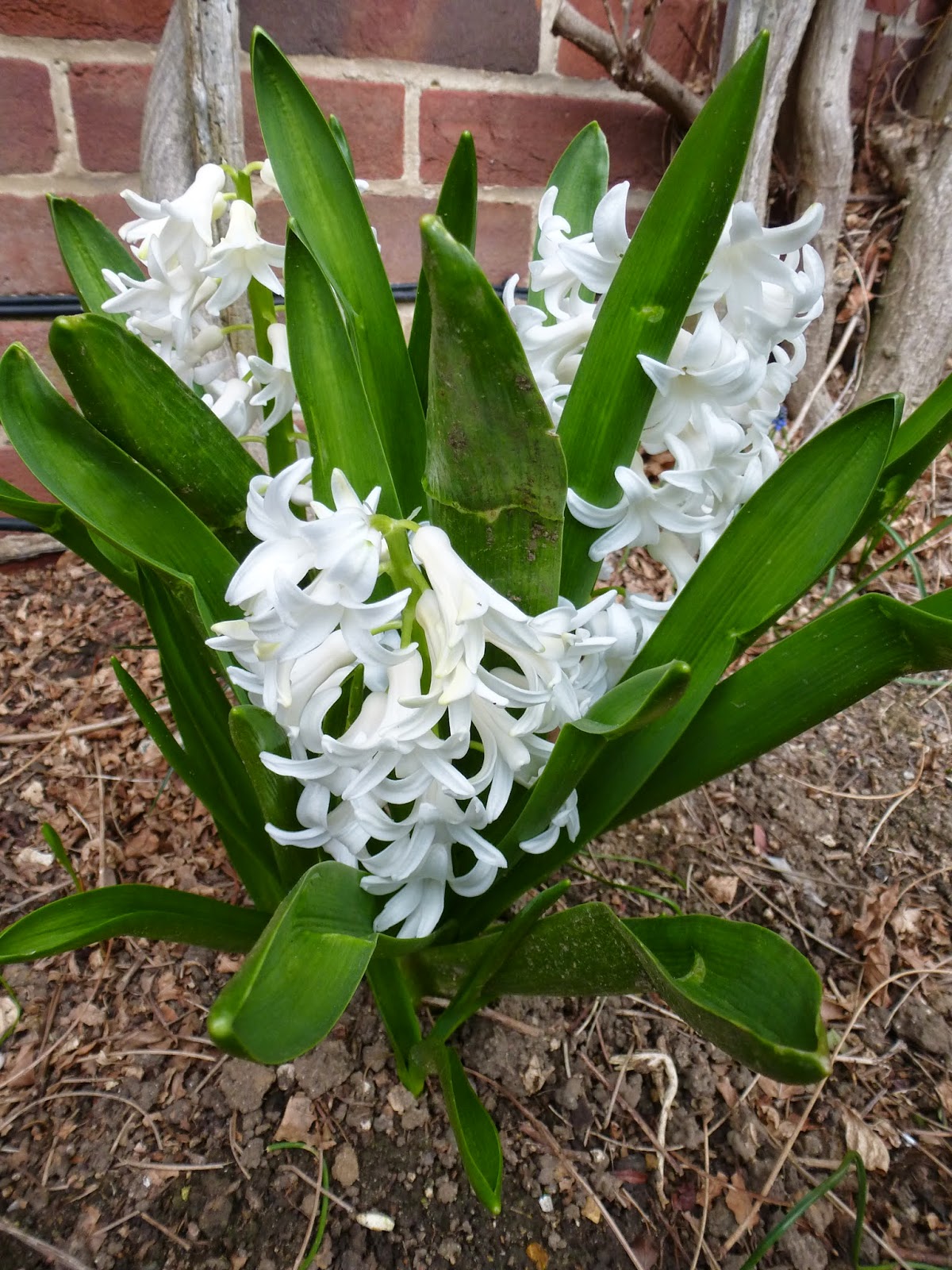 It's still cold enough for cups of butternut squash soup though! 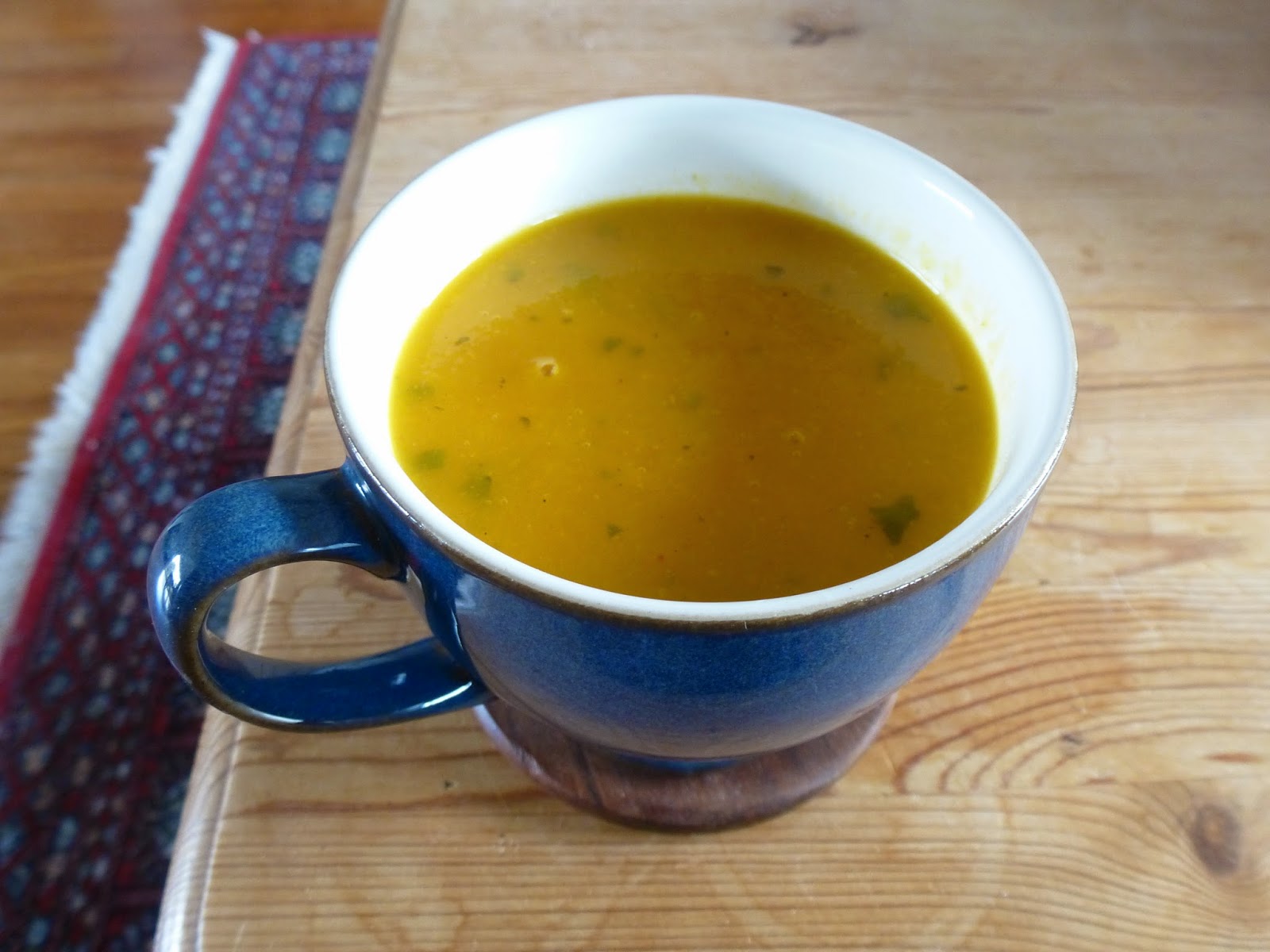 Finally, loaf of the week: Focaccia Pugliese with tomatoes and garlic. I made it this morning and am desperately trying to resist trying a slice as I have a Parent's Evening to go to later and I don't want to breathe garlic fumes over E's teachers! 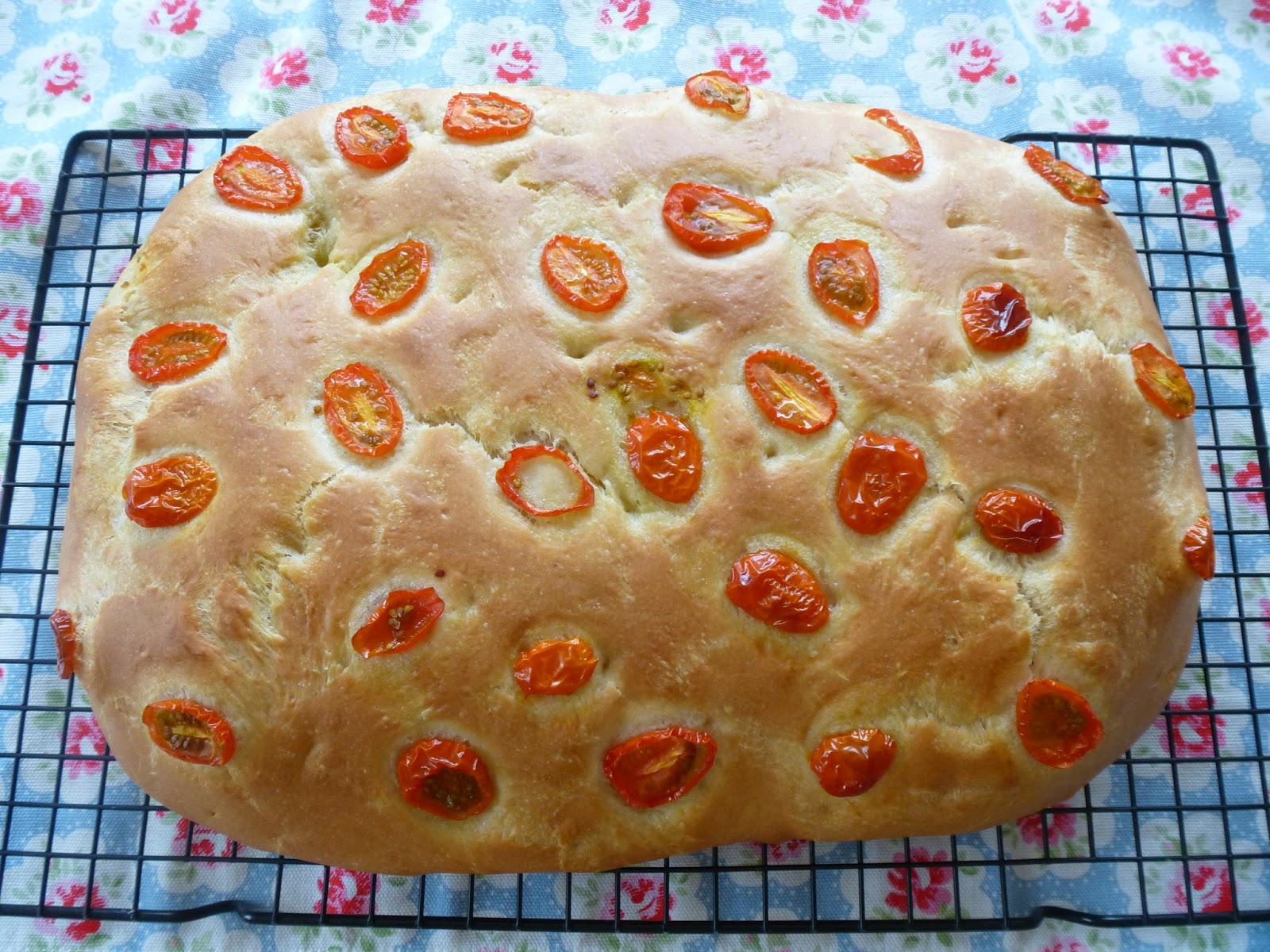 Anyway, that's all for this week's happies. I hope you've found a little something to make you smile too this week.
Toodle Pip. x

Posted by VeggieMummy at 07:41