Could this be a sign of Spring that I spotted in the back garden this week? Listening to the howling winds and rain at the moment, it's difficult to believe but the camera never lies! So, this little moment is my Friday Happy for Planet Penny's blog. There aren't many snowdrops at the moment but I found these few, hardy little specimens ever so cheering. 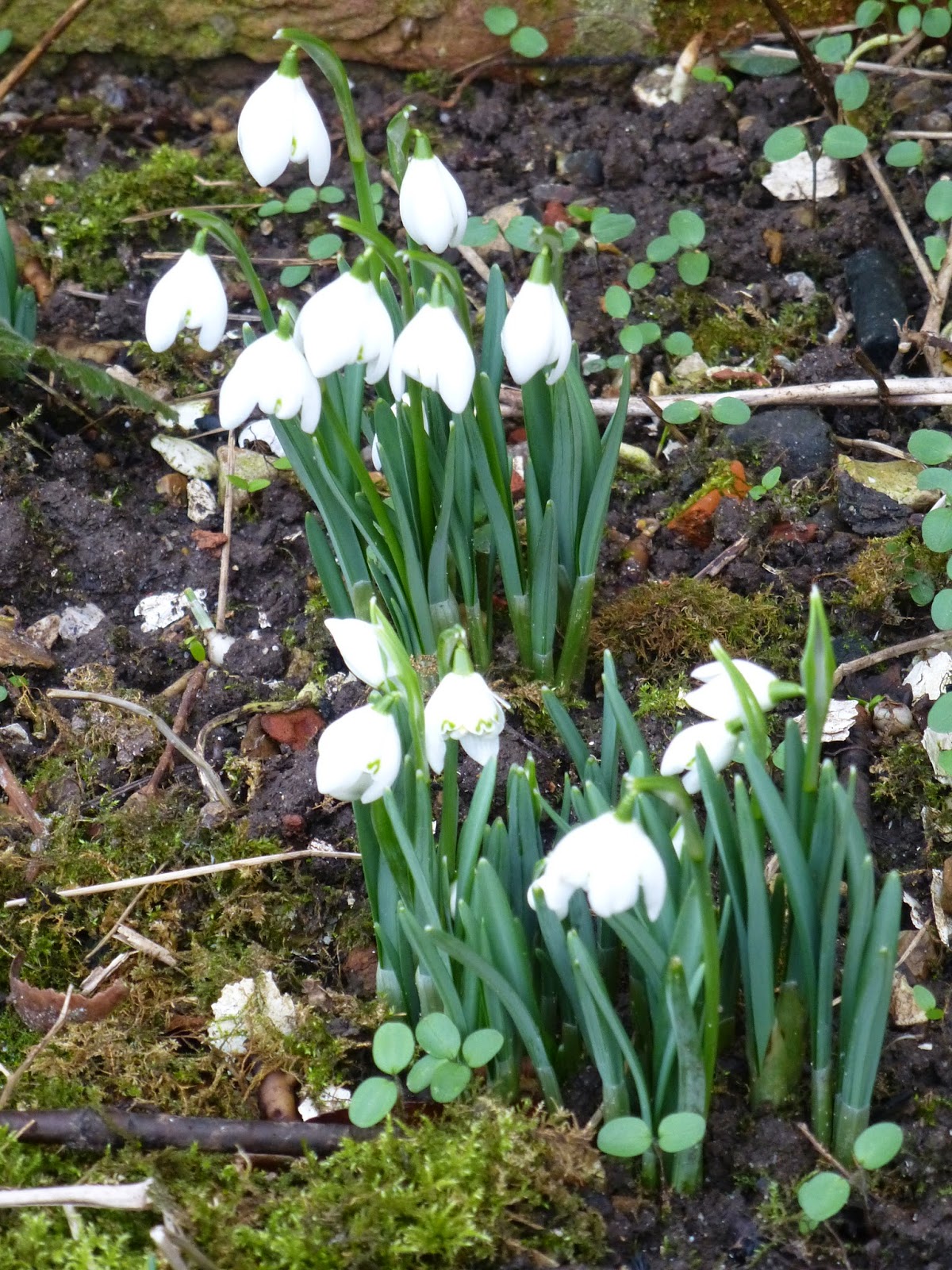 Other happies this week include:
Snapping E and Hamish enjoying a wildlife programme together. E's dressing gown seems to have come out a most peculiar colour  - it's not really that bright! 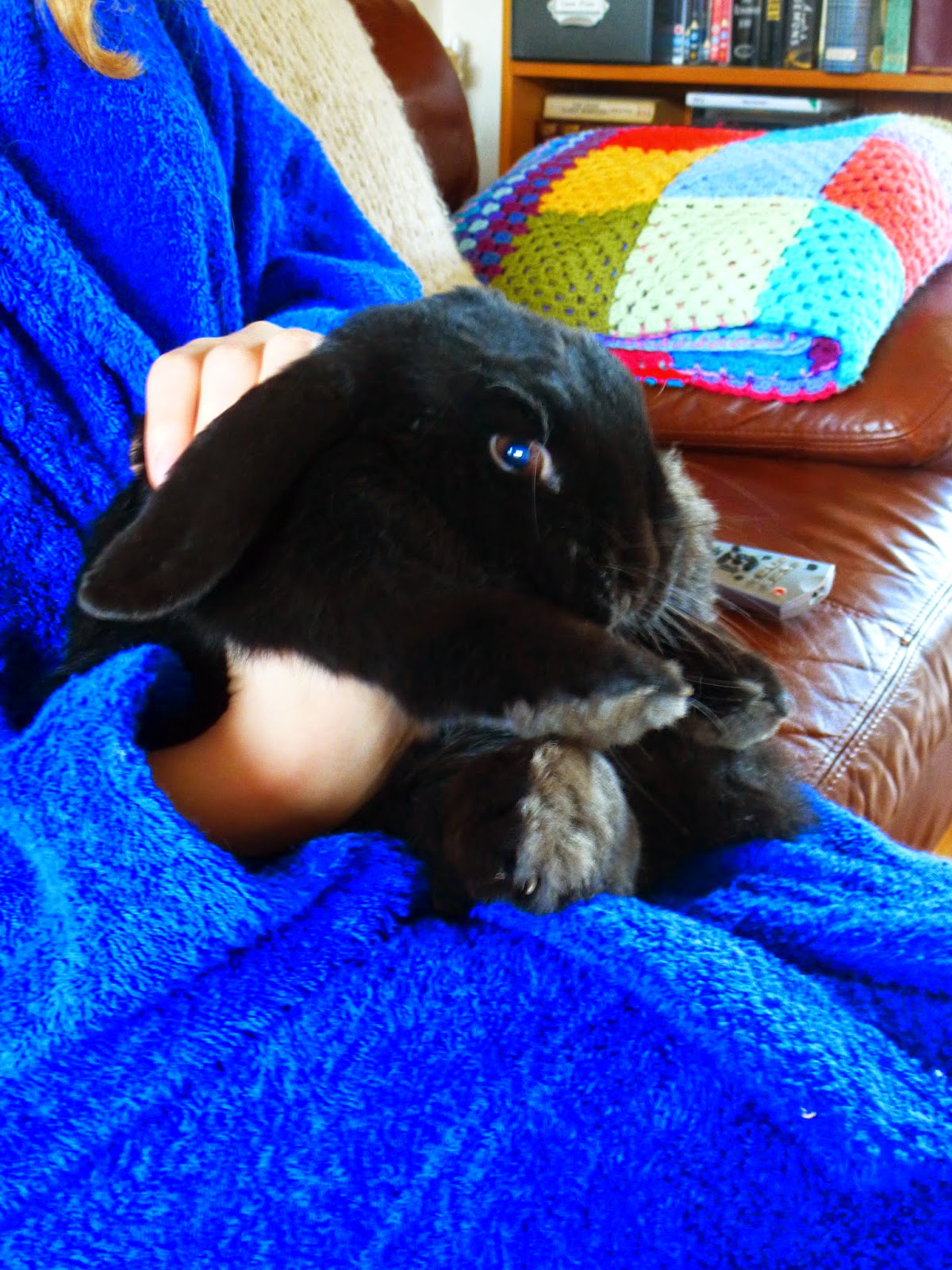 Starting a new yarny project to bust some more of that stash. I think I'll post some more of this next week when I've progressed a bit further - I just took this photo because the yarn matched my dress! 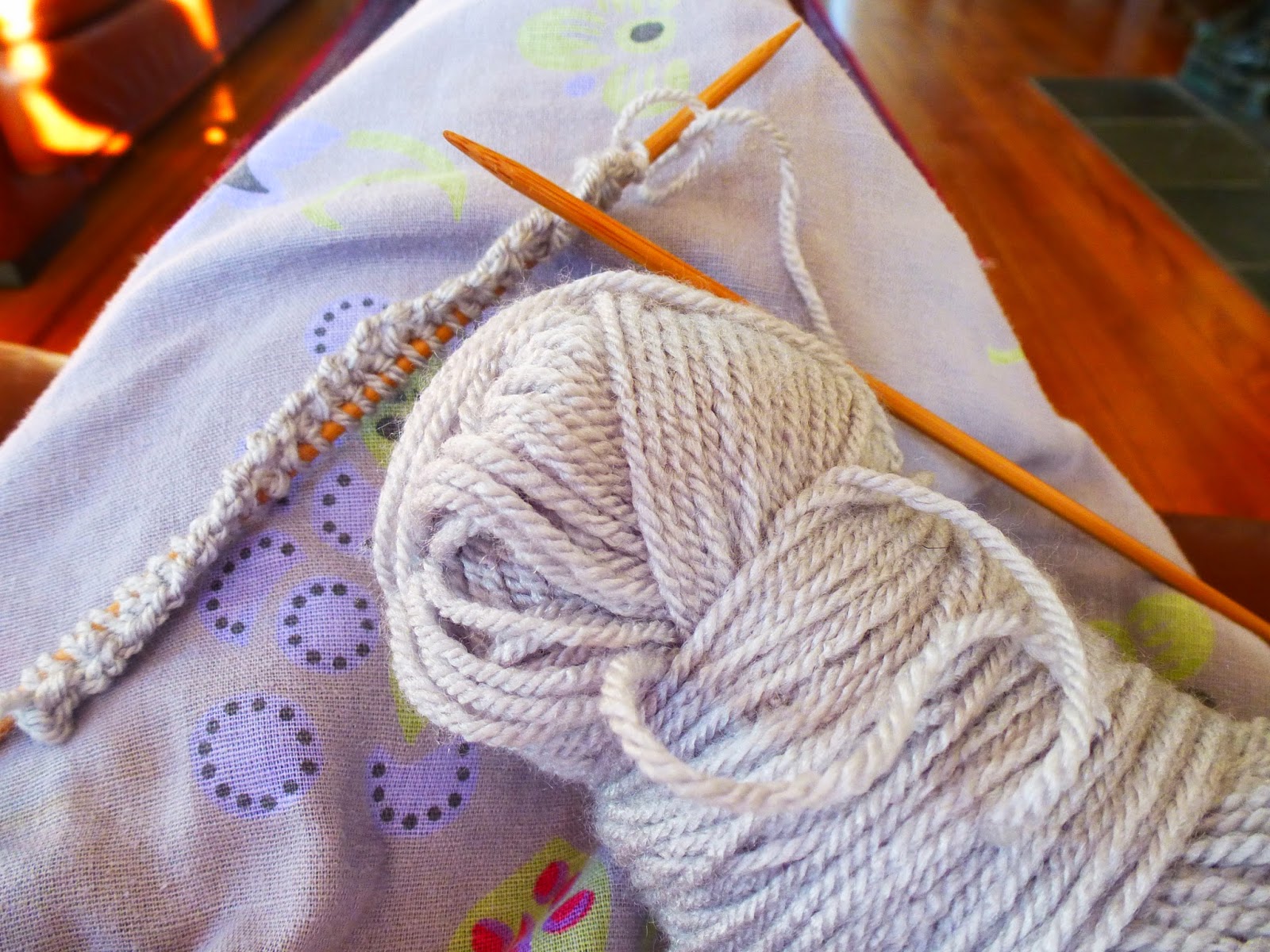 A cup of tea, a chocolate brownie and this month's edition of Country Living ..... Bliss! 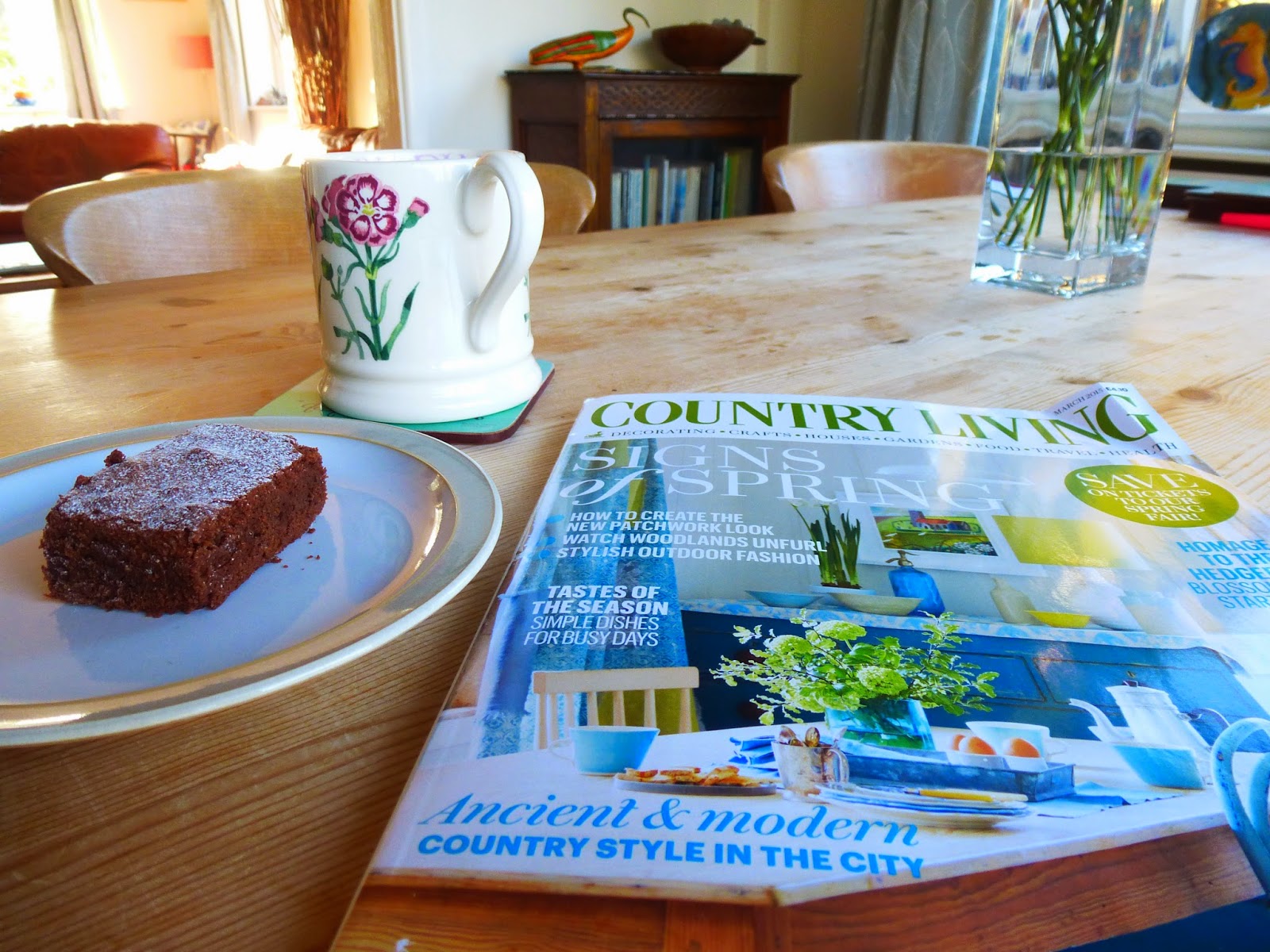 Apologies for the blurriness of this photo but I didn't want to scare the little chap away by trying to get closer. I bought some nigella seeds and a new feeder last month to try to attract some more finches to the garden. For weeks there was nothing and then suddenly they have discovered them and they are going down at a fair old rate. 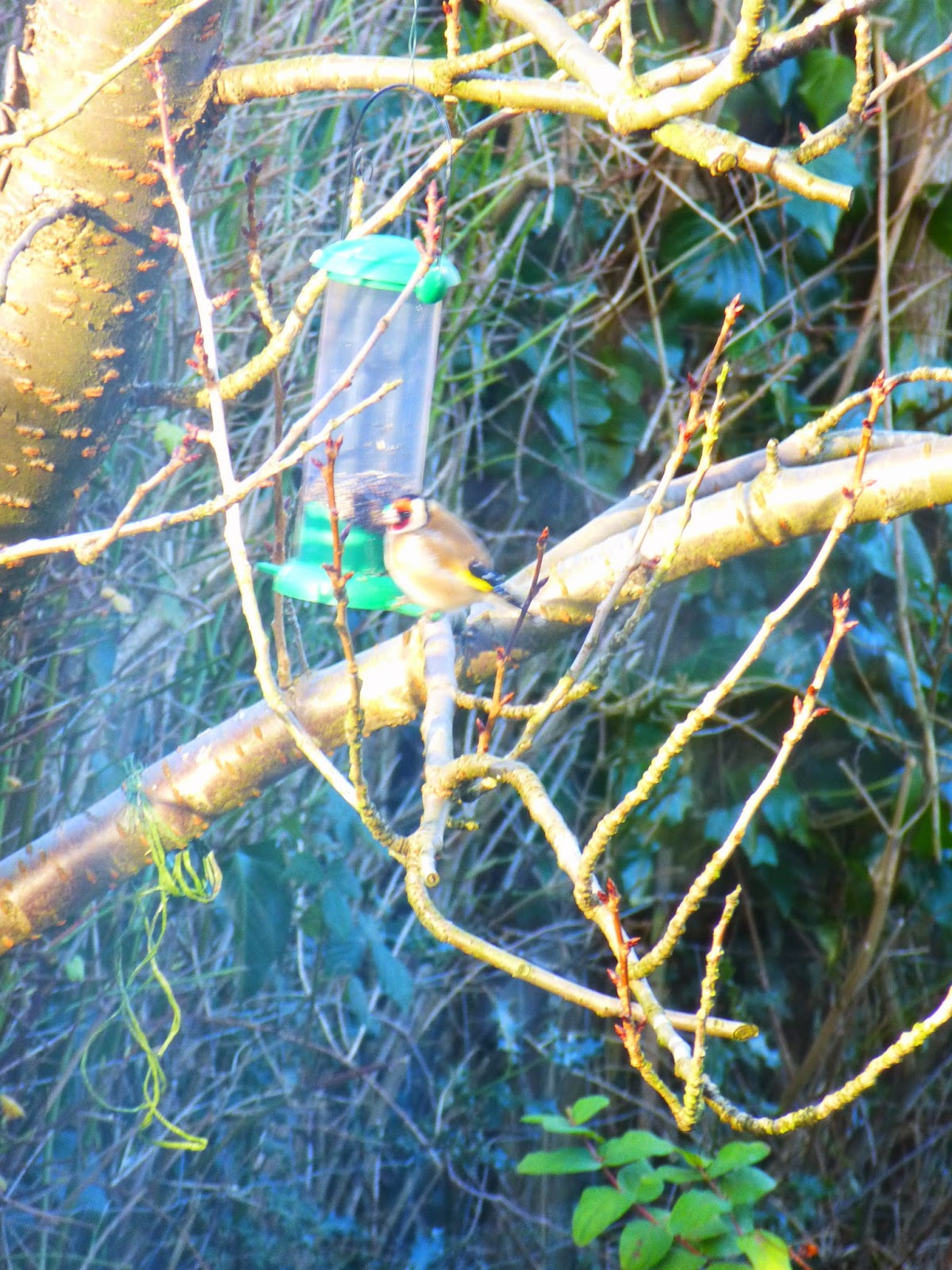 Even the pheasants were joining in when I dropped some of the seeds refilling the feeder. 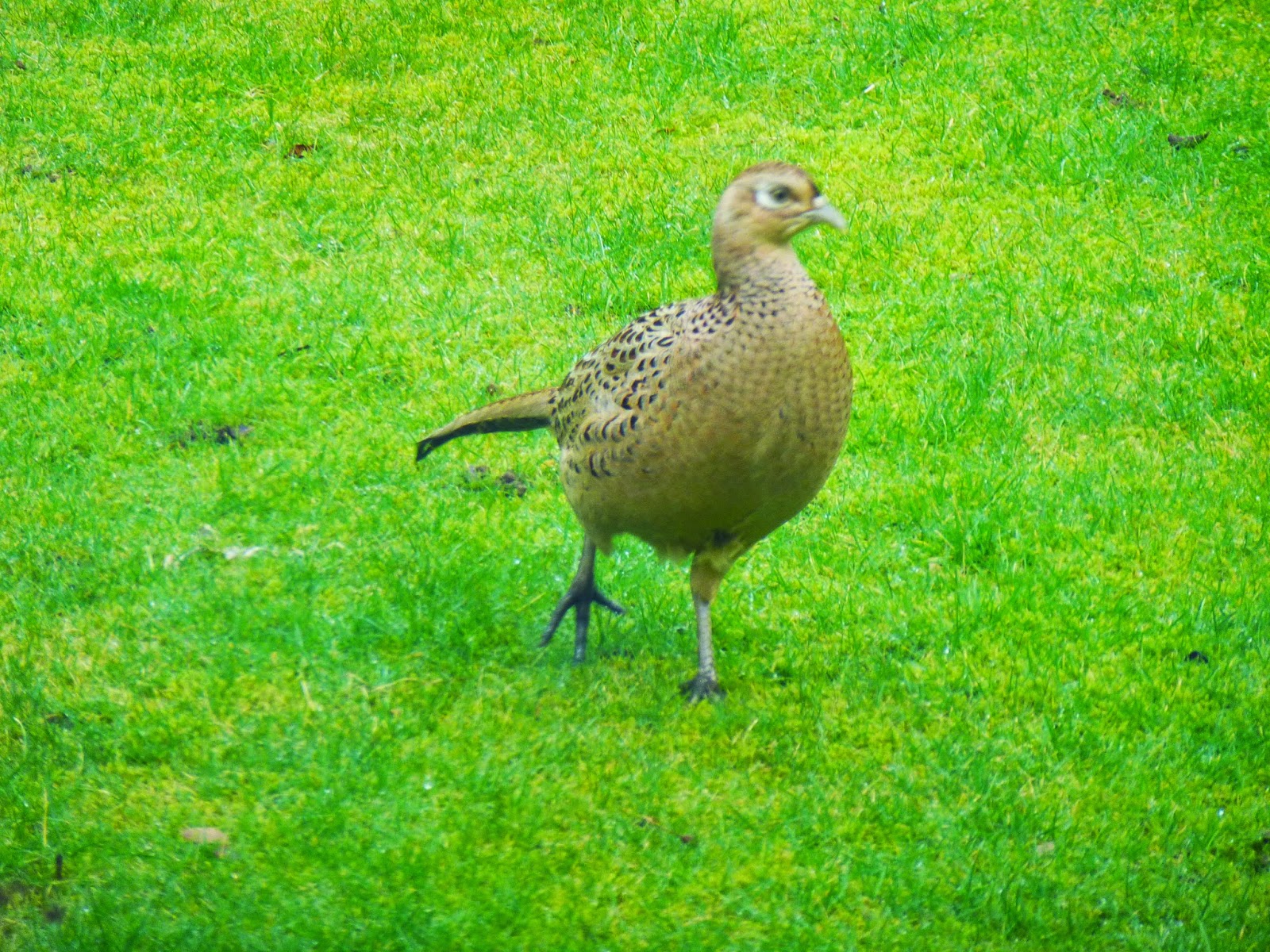 One of the chucks coming inside for a quick hello. That's the sleeve of E's onesie just visible in the corner there - we don't have a resident giraffe! 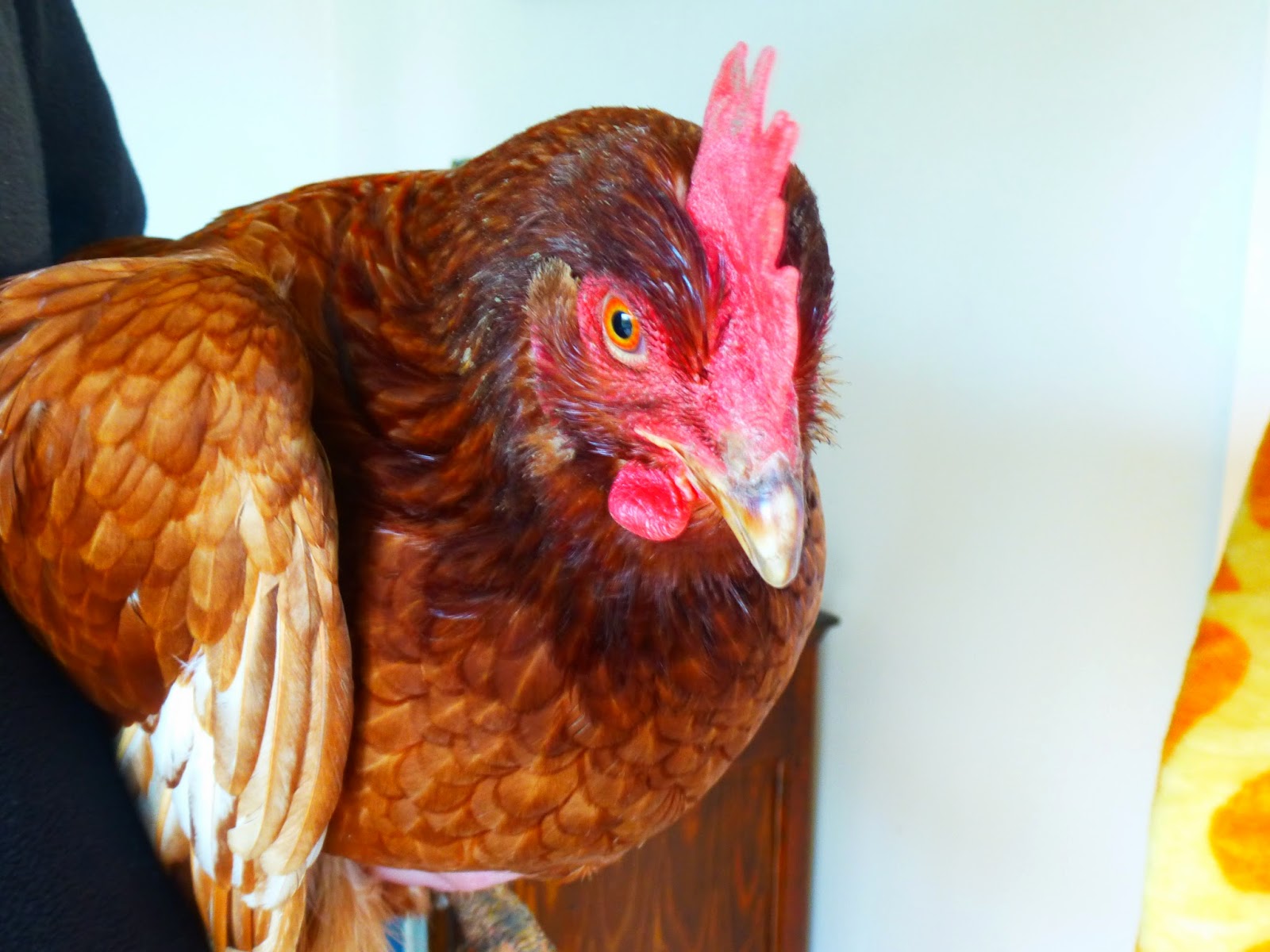 Loaf of the week: Irish soda bread. It was delicious but a little crumbly. Definitely one to do again though. 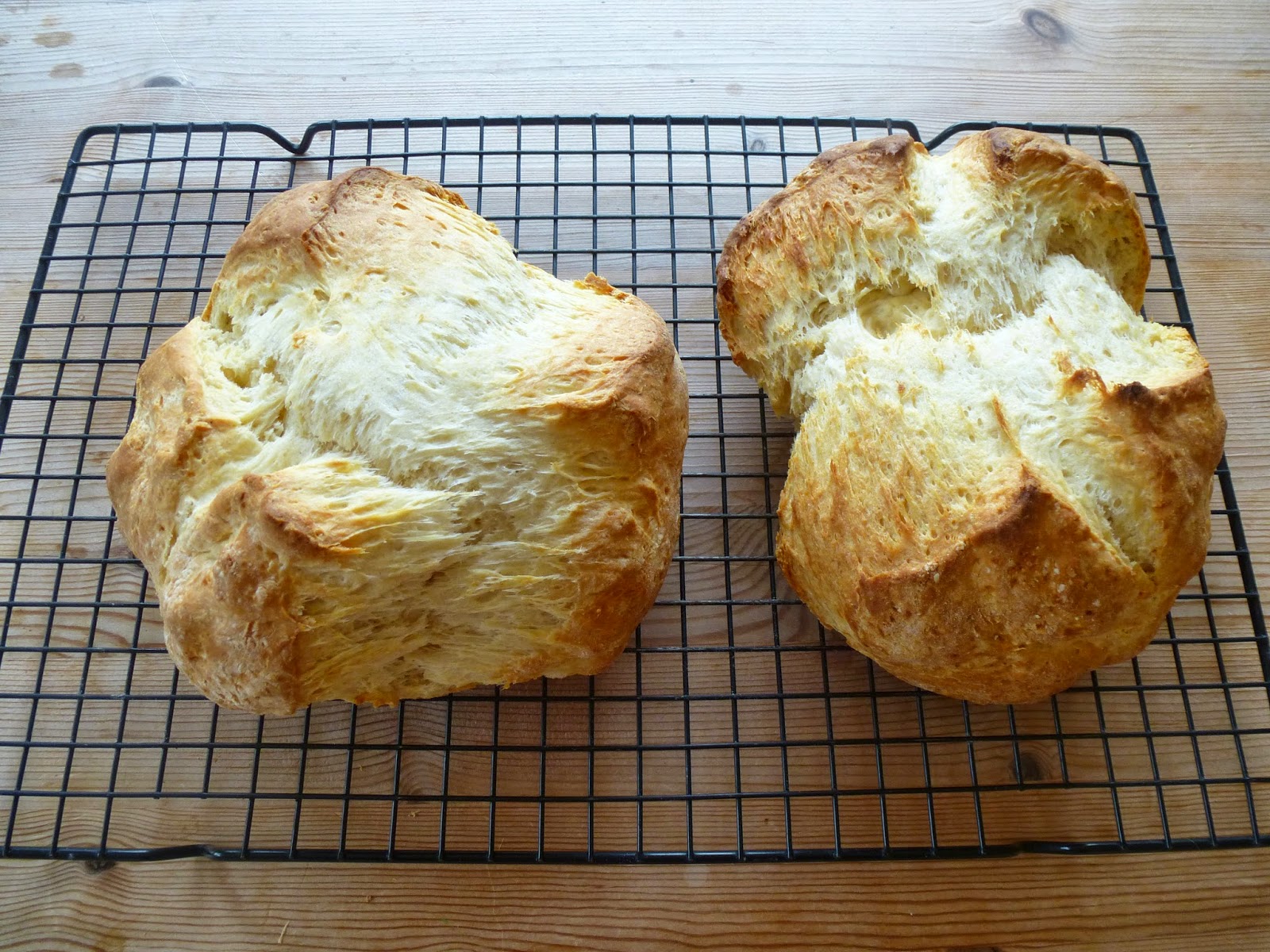 It doesn't seem like a year since I last bought a little pot of tete-a-tetes. 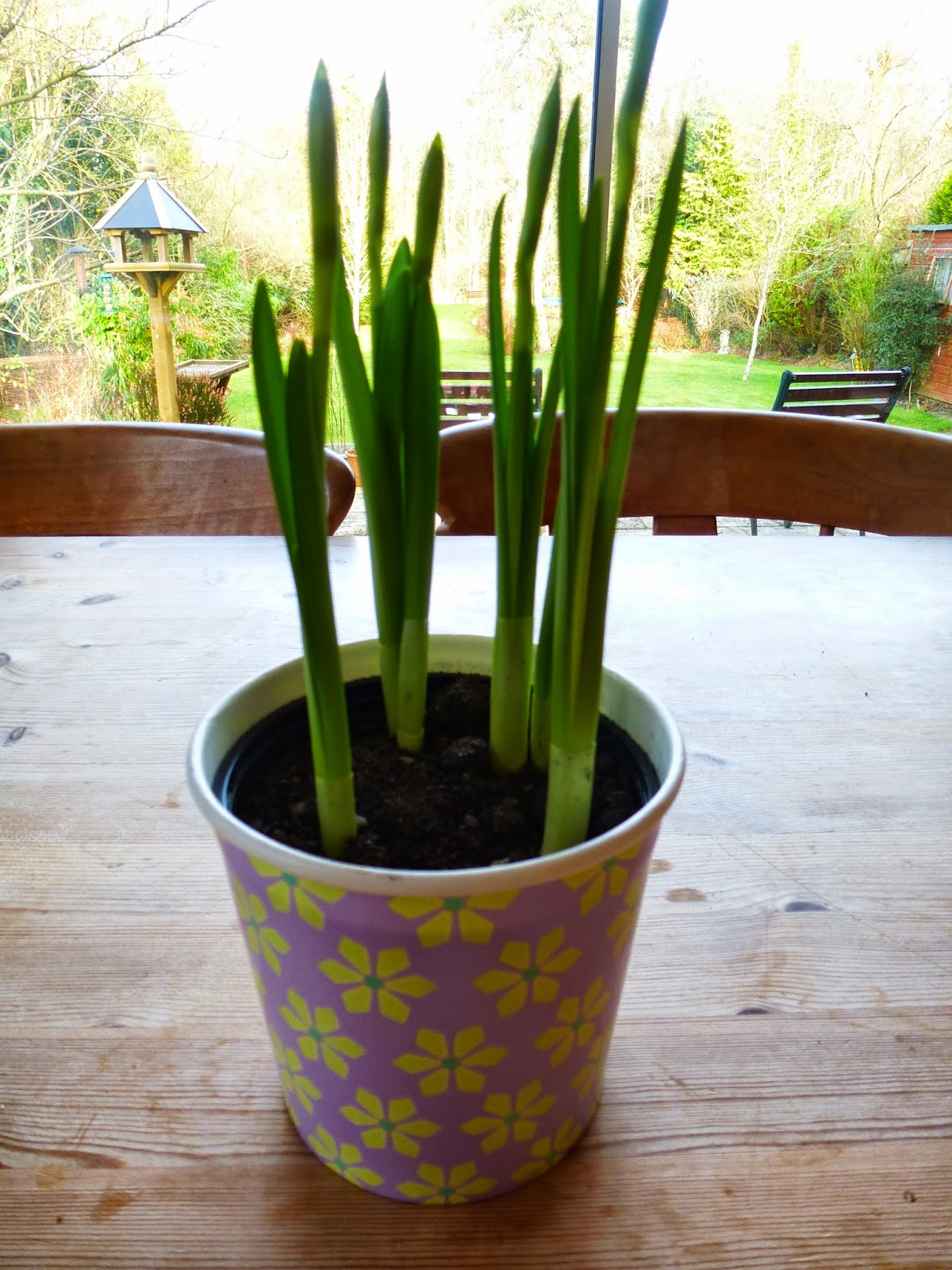 Finally, I went to a friend's house for lunch this week and stopped in the middle of Burnham Beeches to snap a quick photo. It's not the best view but it was the best I could do from the road. I took it because it's sunny and 10 minutes earlier on the M4 I'd just struggled through the most horrendous downpour - spray from the lorries, poor visibility, winds pushing me sideways, the works ........ and then this! British weather, don't you just love it?! 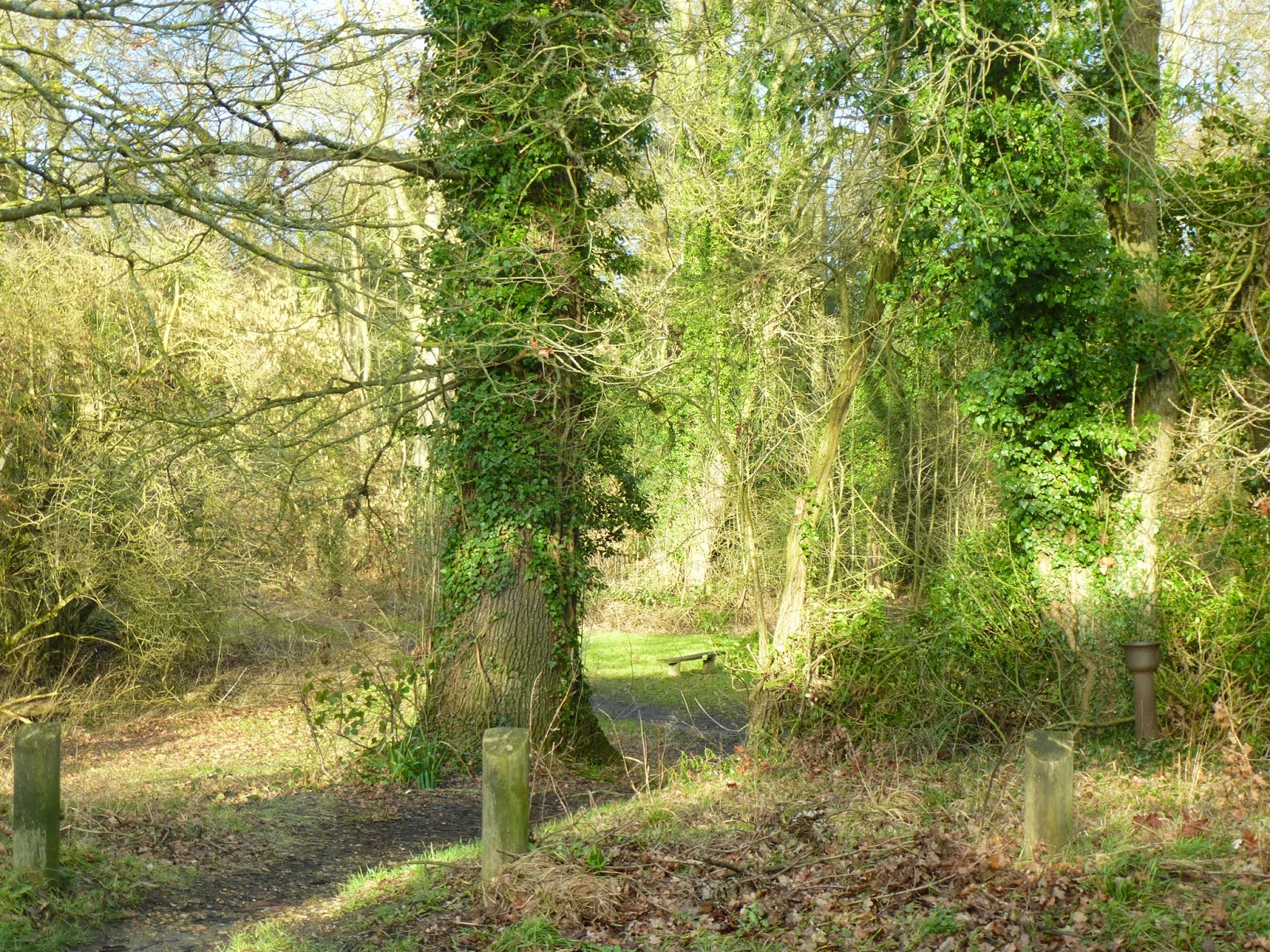 Anyway, that's all for this week's happies. I'm just off to Planet Penny to see what everyone else has been up to. Wishing you all a very happy weekend. x
Posted by VeggieMummy at 12:50