Greetings. This week's 'new thing' was supposed to be trying a Zumba session at my local gym. Unfortunately .......... I chickened out on the day! It's not just  a workout session - from what I've seen, there's dancing involved and I'm a bit of a none starter from that point of view. I might try to pluck up more courage for next week, but I'm not holding my breath! It's sad in a way, because the 2 other classes I have started there - pilates and aquarobics - I absolutely love and go every week. I just need a bit longer to psych myself up before trying again. So, as an alternative, this week I started some 'law bunting' for daughter number 1. It has pictures representing cases for the various specialties in between the colourful bits. It is quite quick to make - even with the embroidered bits (bunts?!) - but I won't be able to finish it until she decides on the rest of the pictures, so it may end up as an Easter present for next year. It is fun to do though, and I don't mind it taking a while as I have a few other WIPs to finish and other ideas in the pipeline. 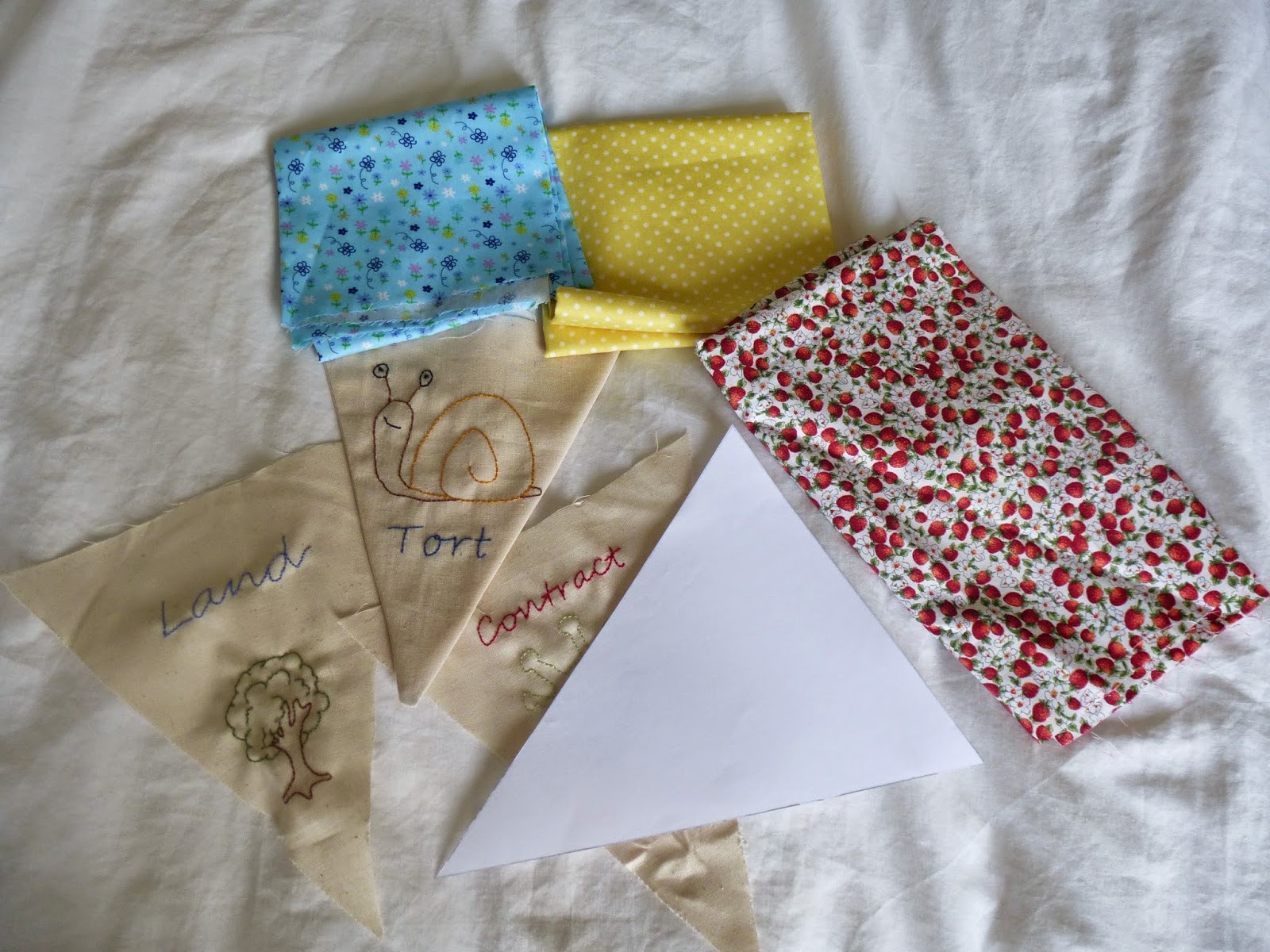 Other happies this week include: 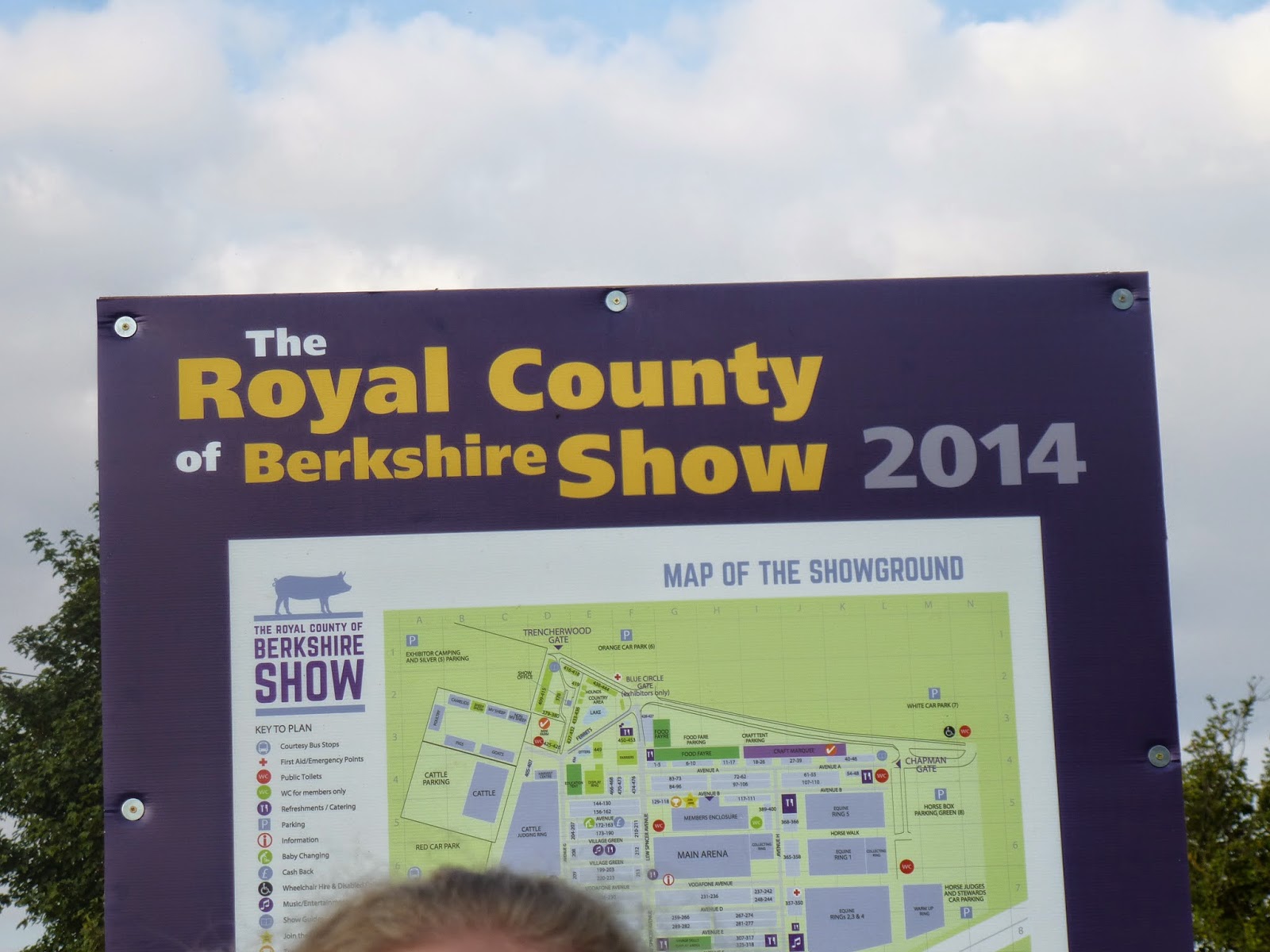 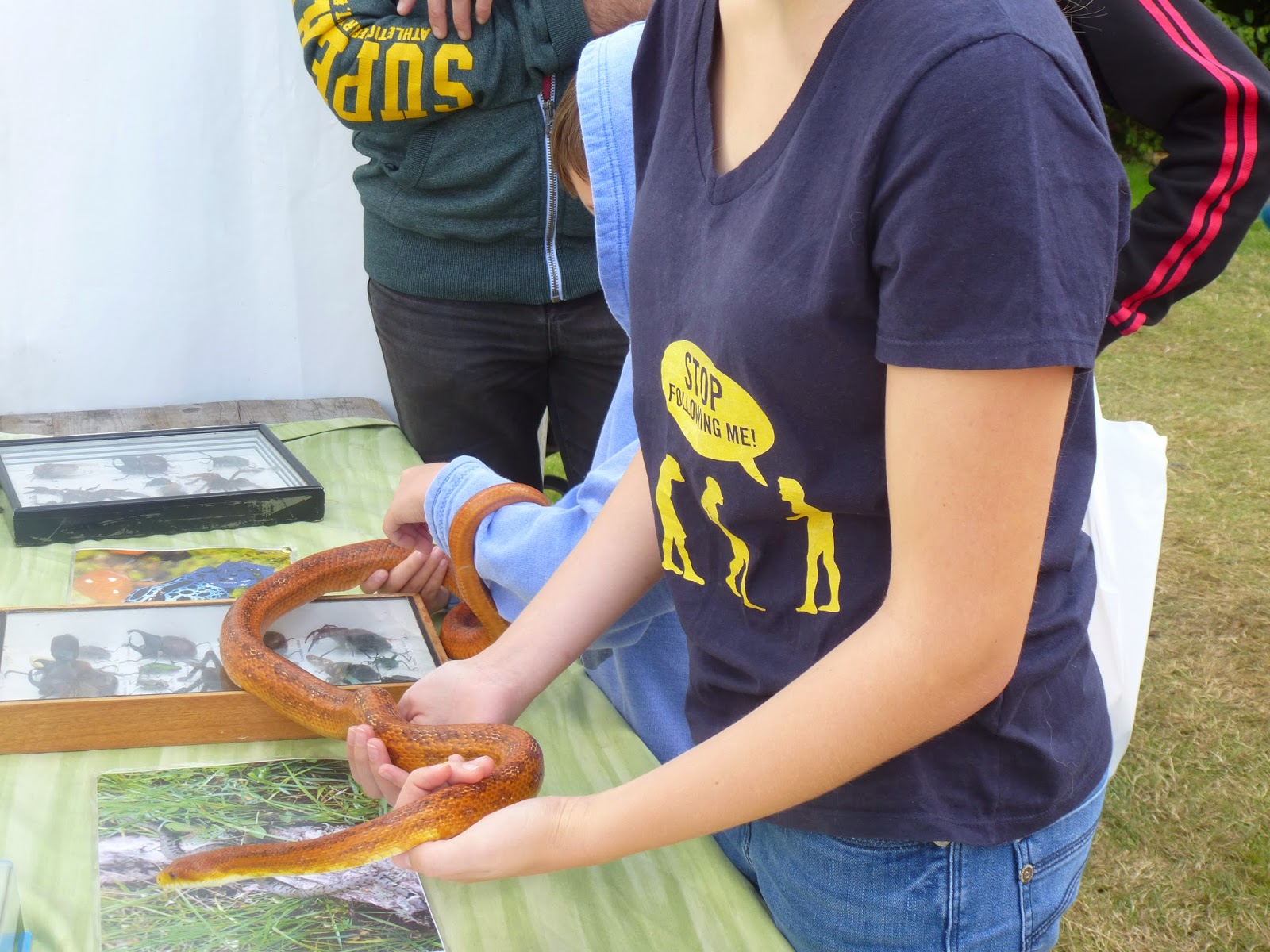 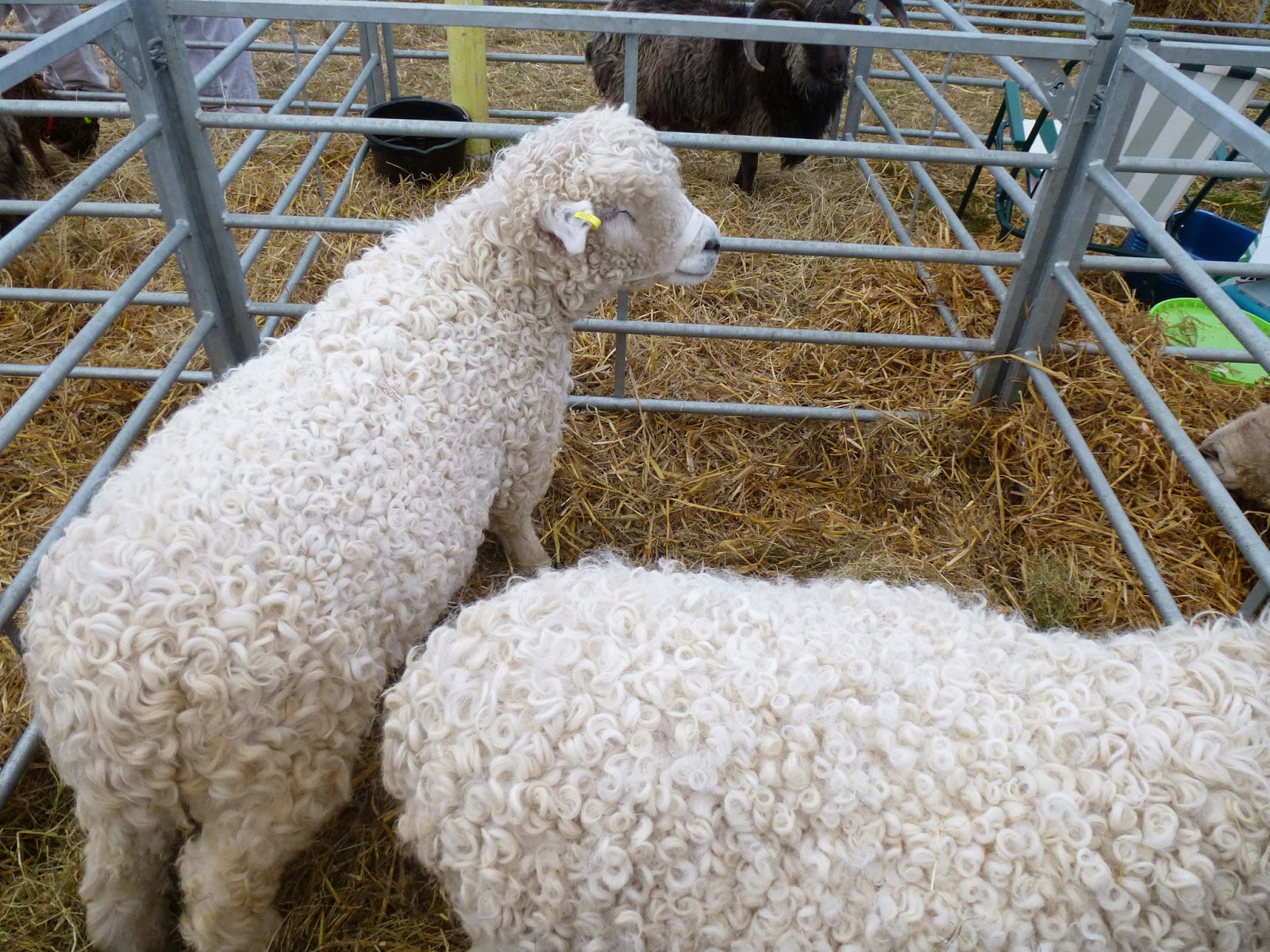 A very talented llama - when told a colour, he could pick the correct one out of a basket of multicoloured crocheted bean bags! 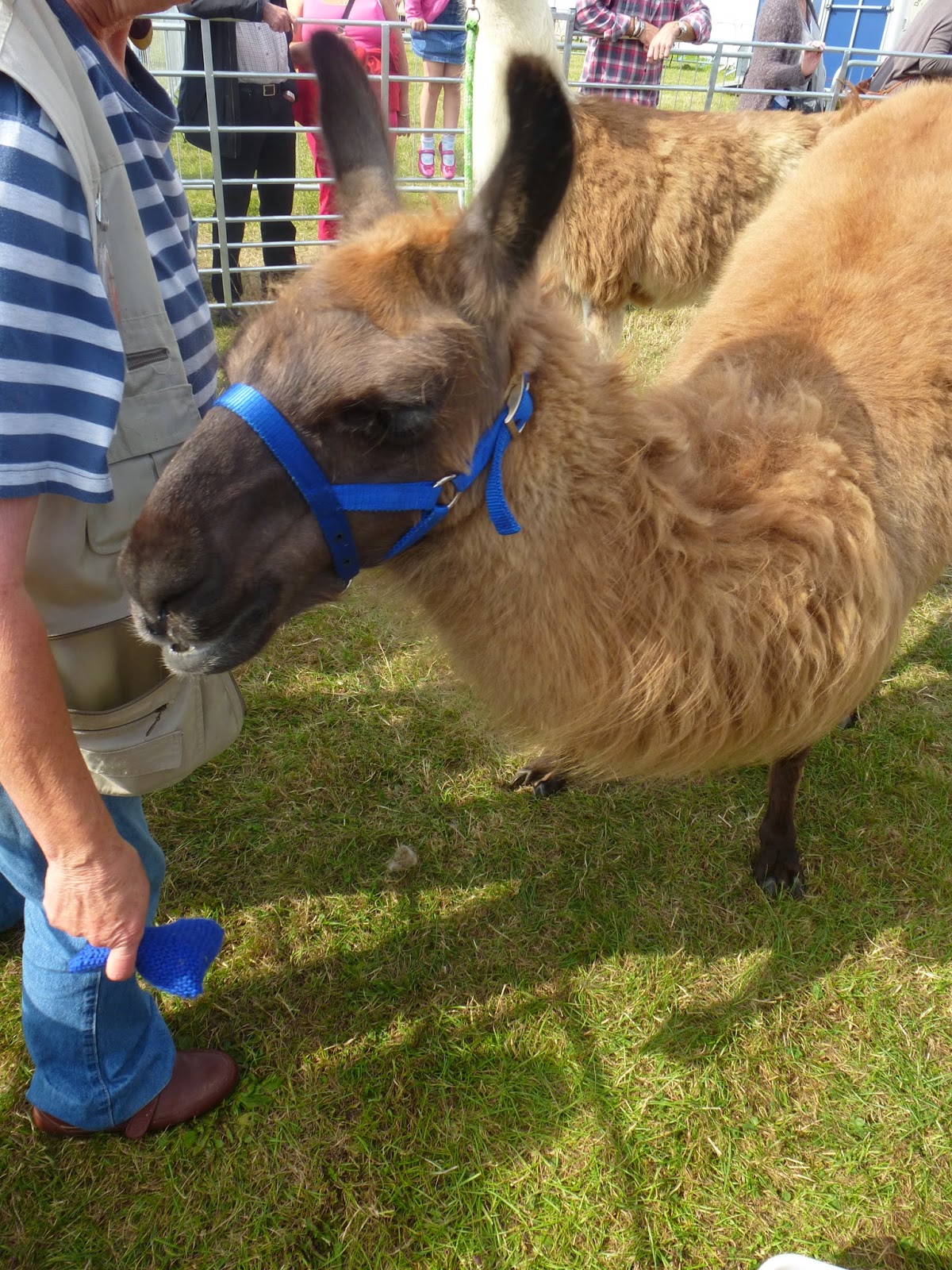 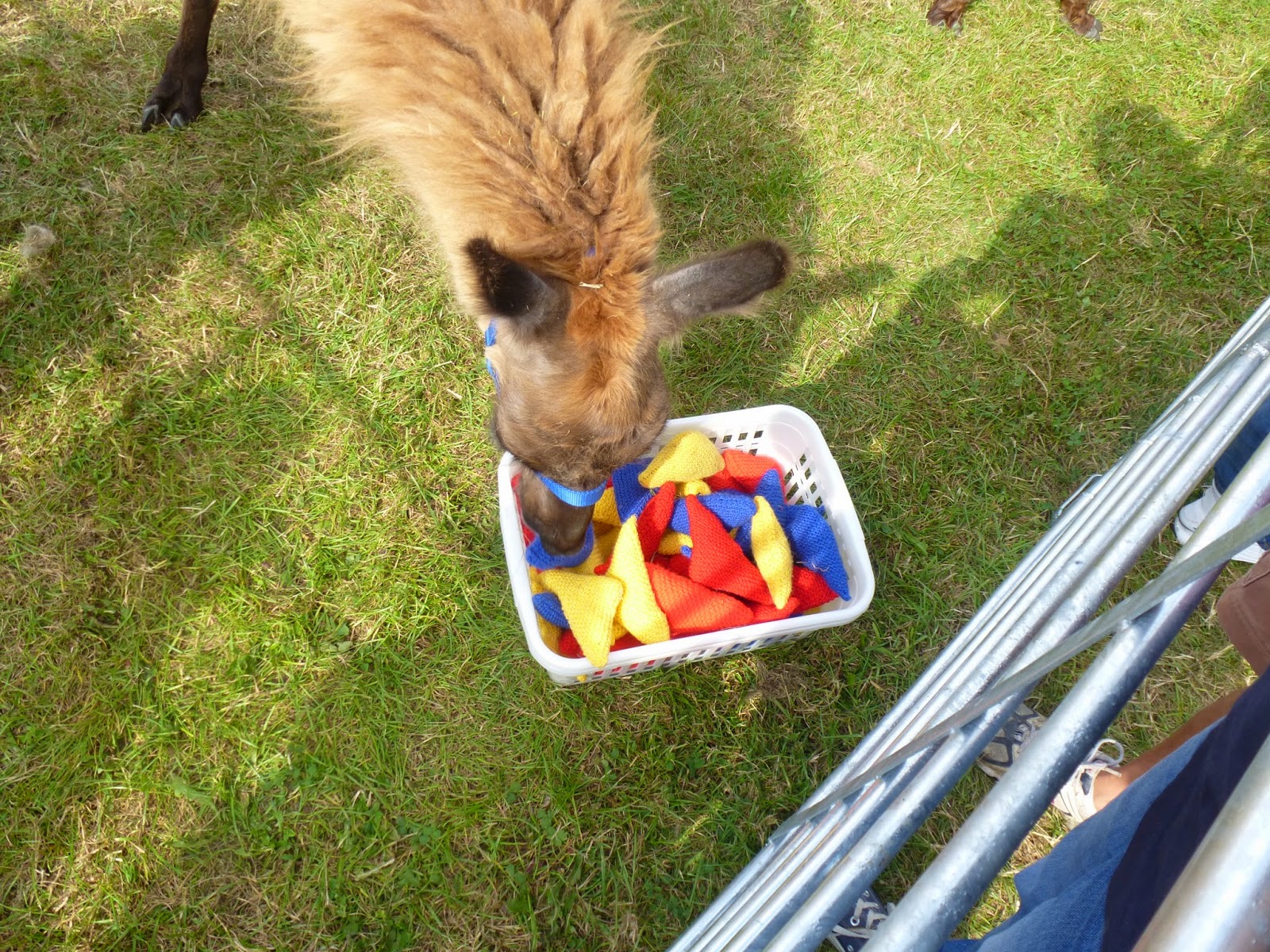 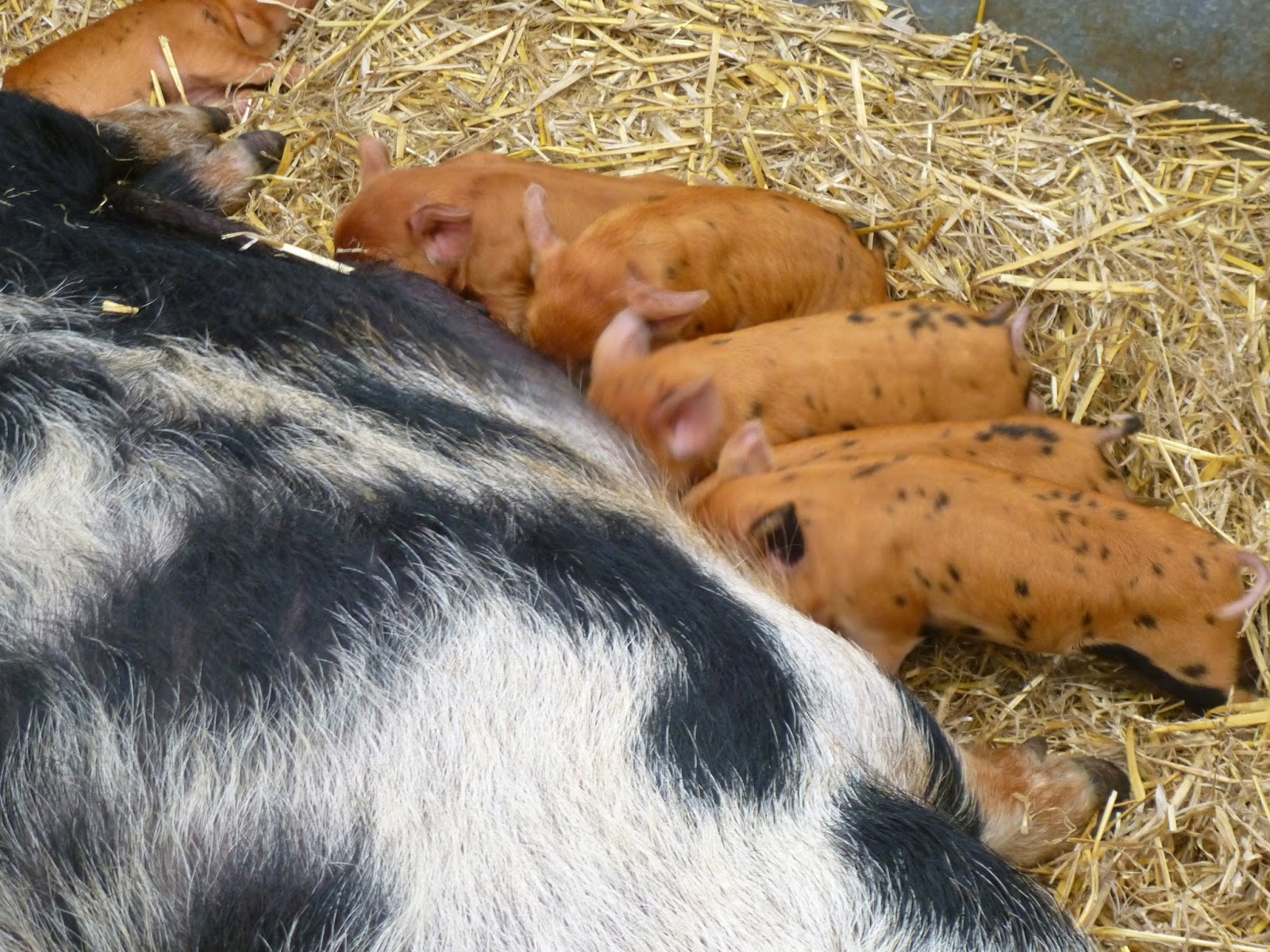 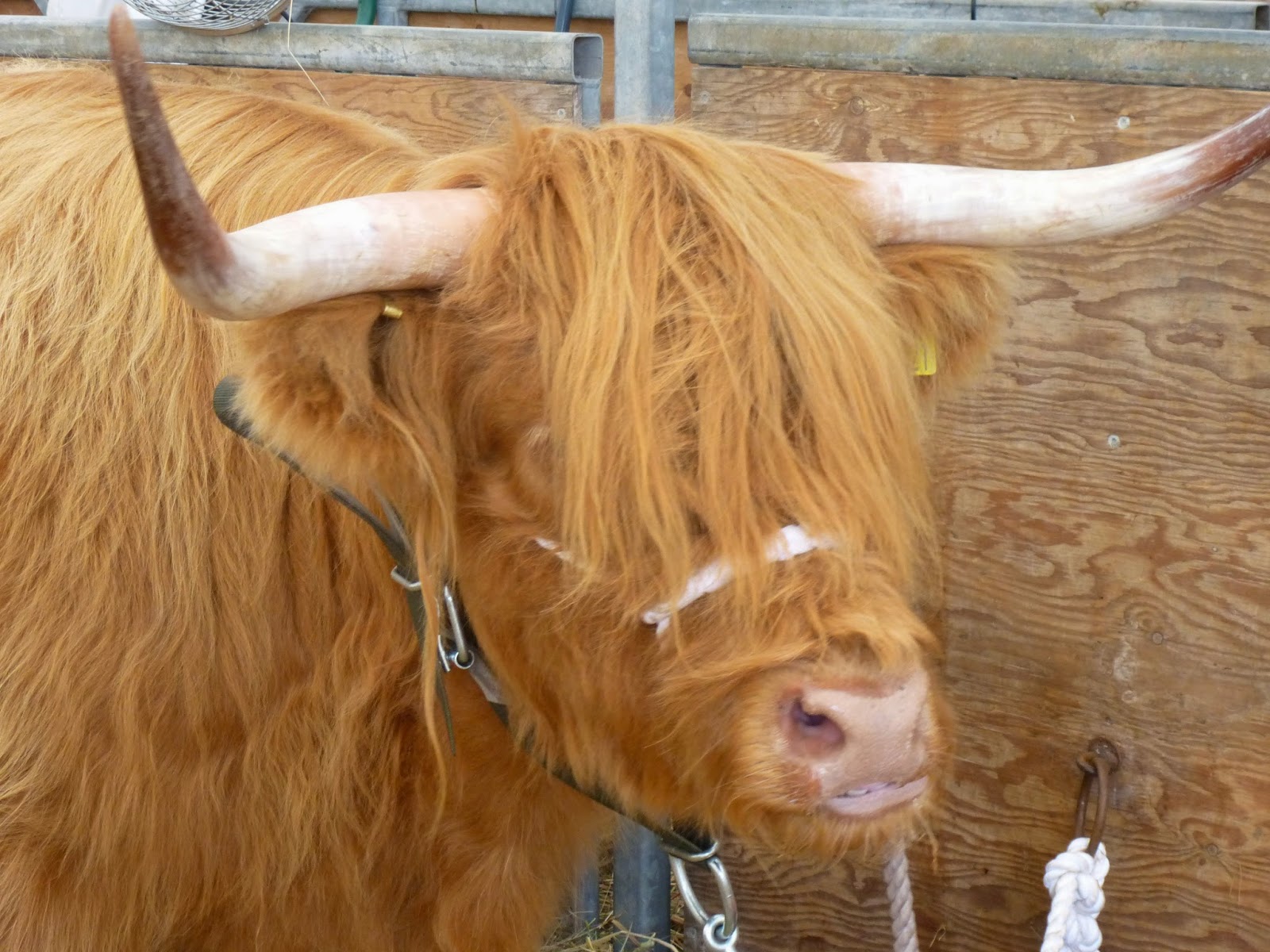 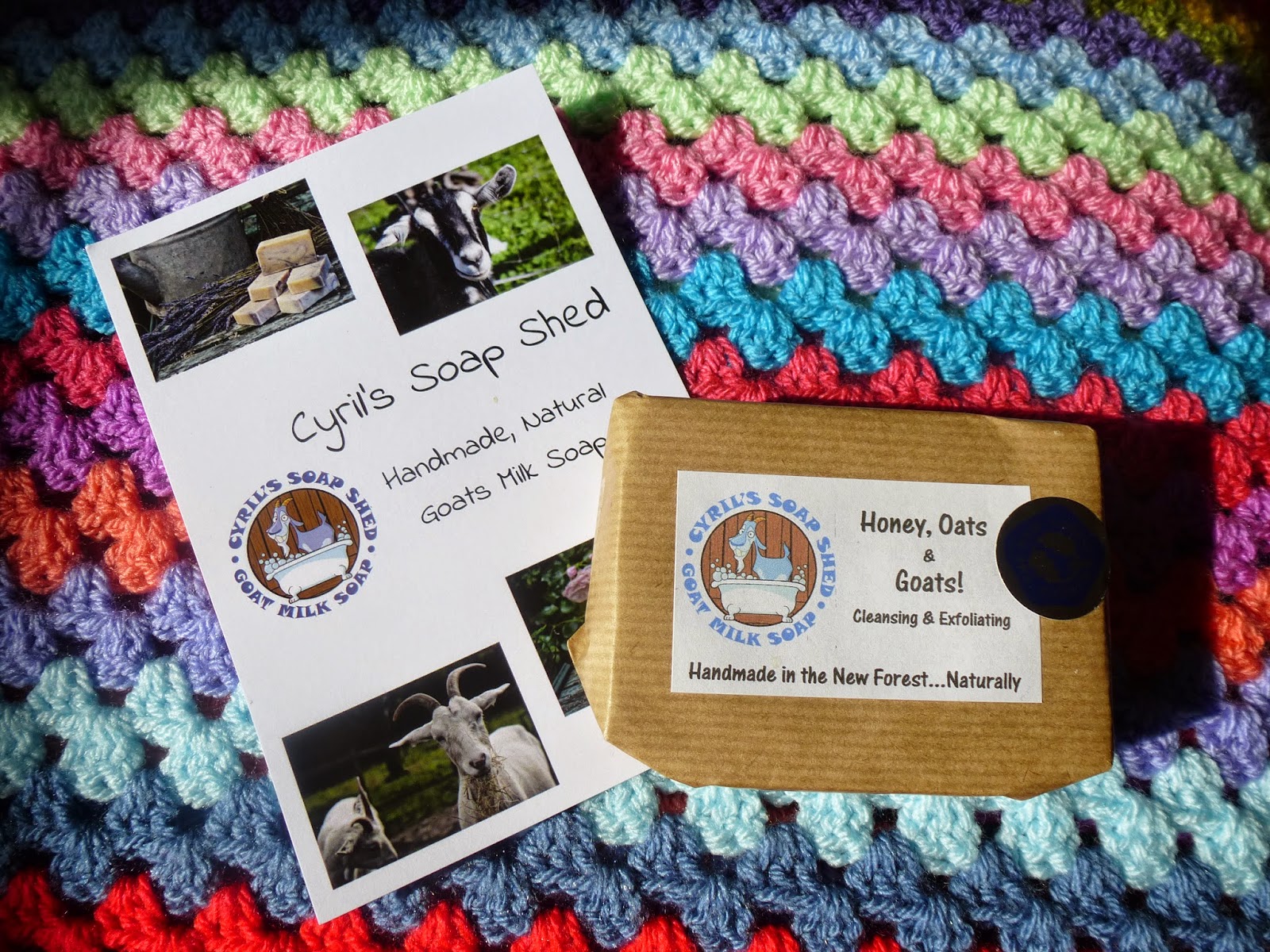 A dog walk with a friend to Coombe Gibbet: 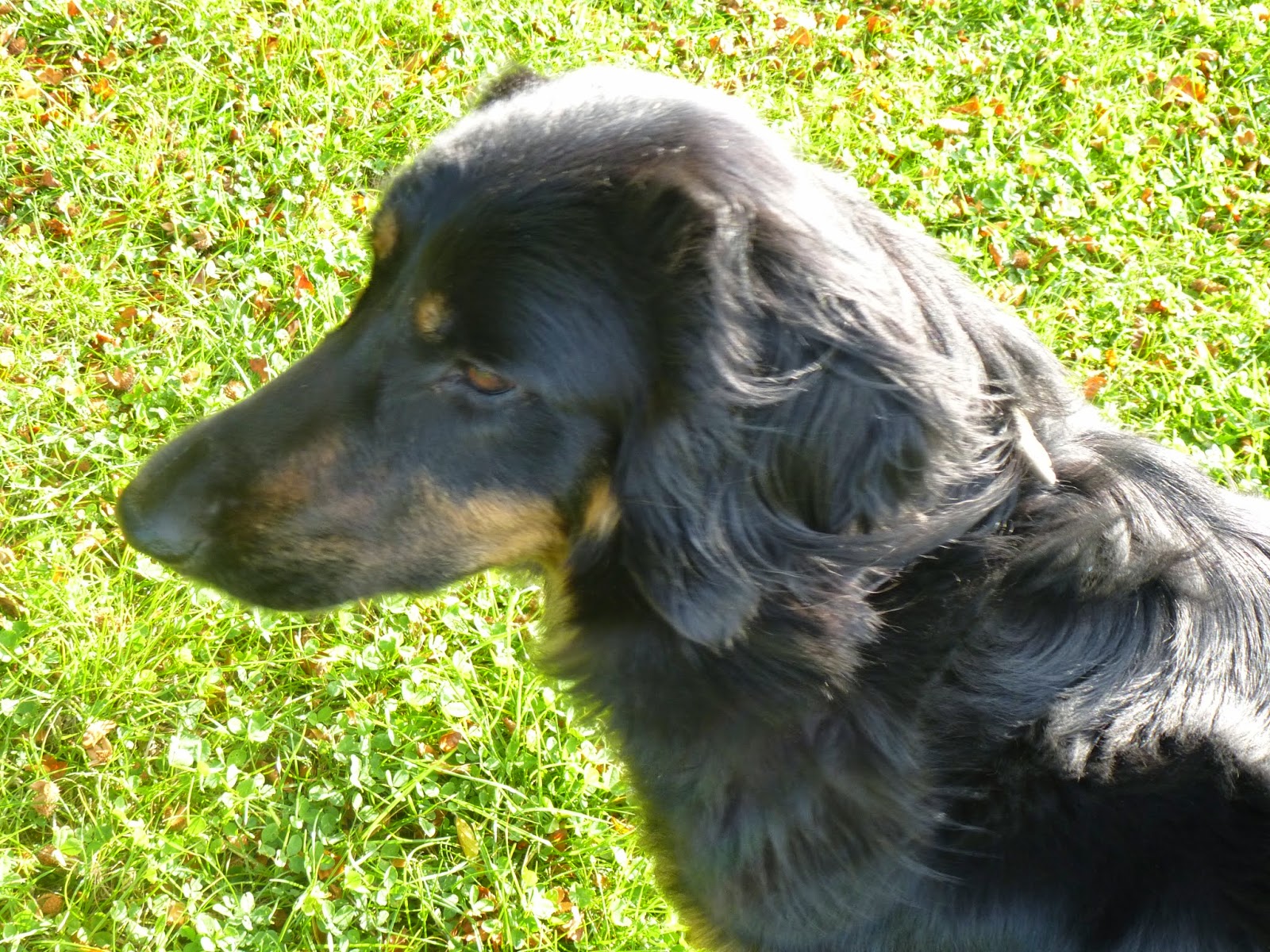 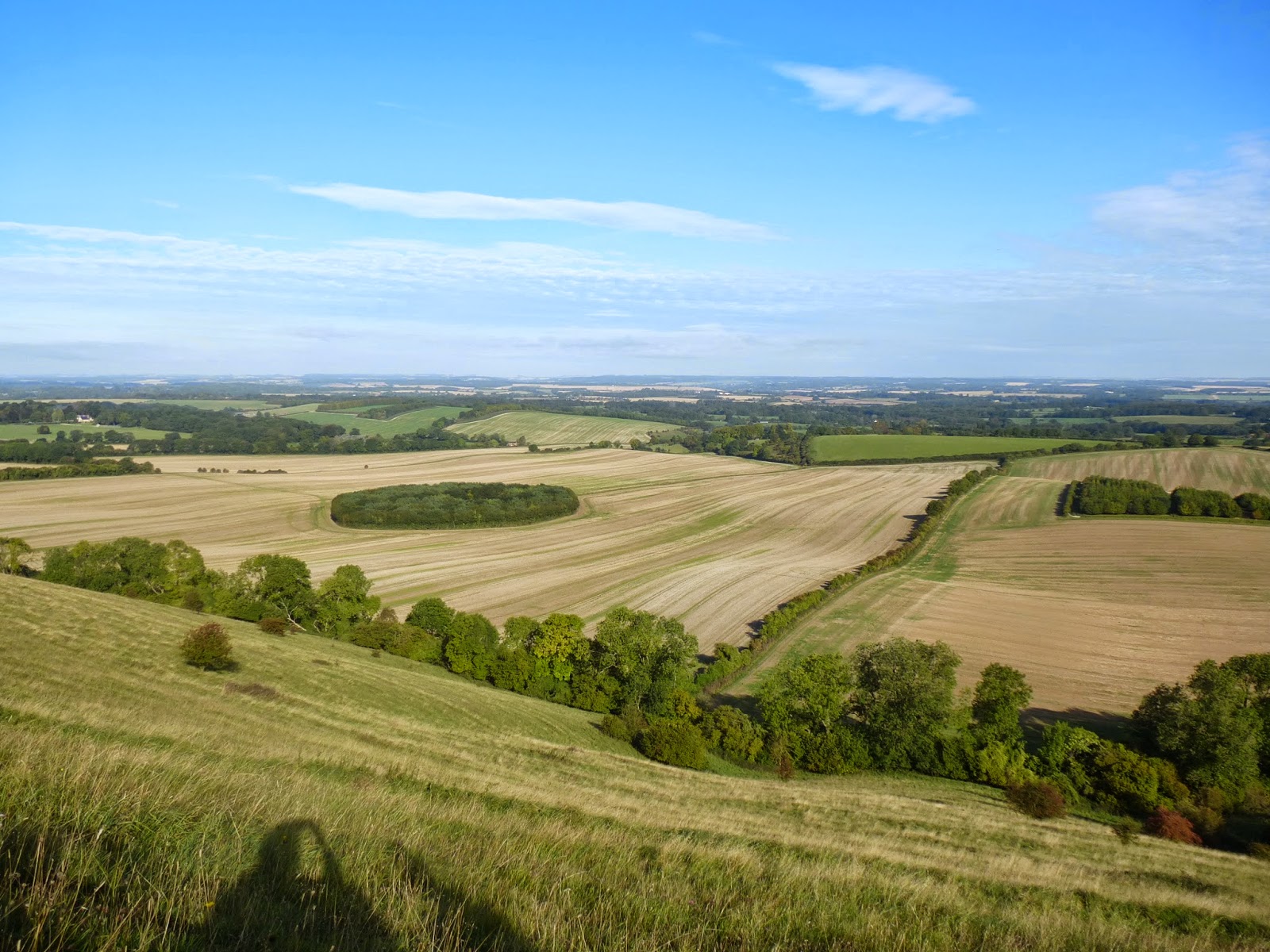 It was erected in 1676 for the purpose of gibbeting the bodies of George Broomham and Dorothy Newman. They were caught having an affair and were hanged for murdering George's wife, Martha, and their son , Robert, after they discovered them on the Downs. Unfortunately for them, they were witnessed. The original gibbet was destroyed many years ago and a replica now marks the site. 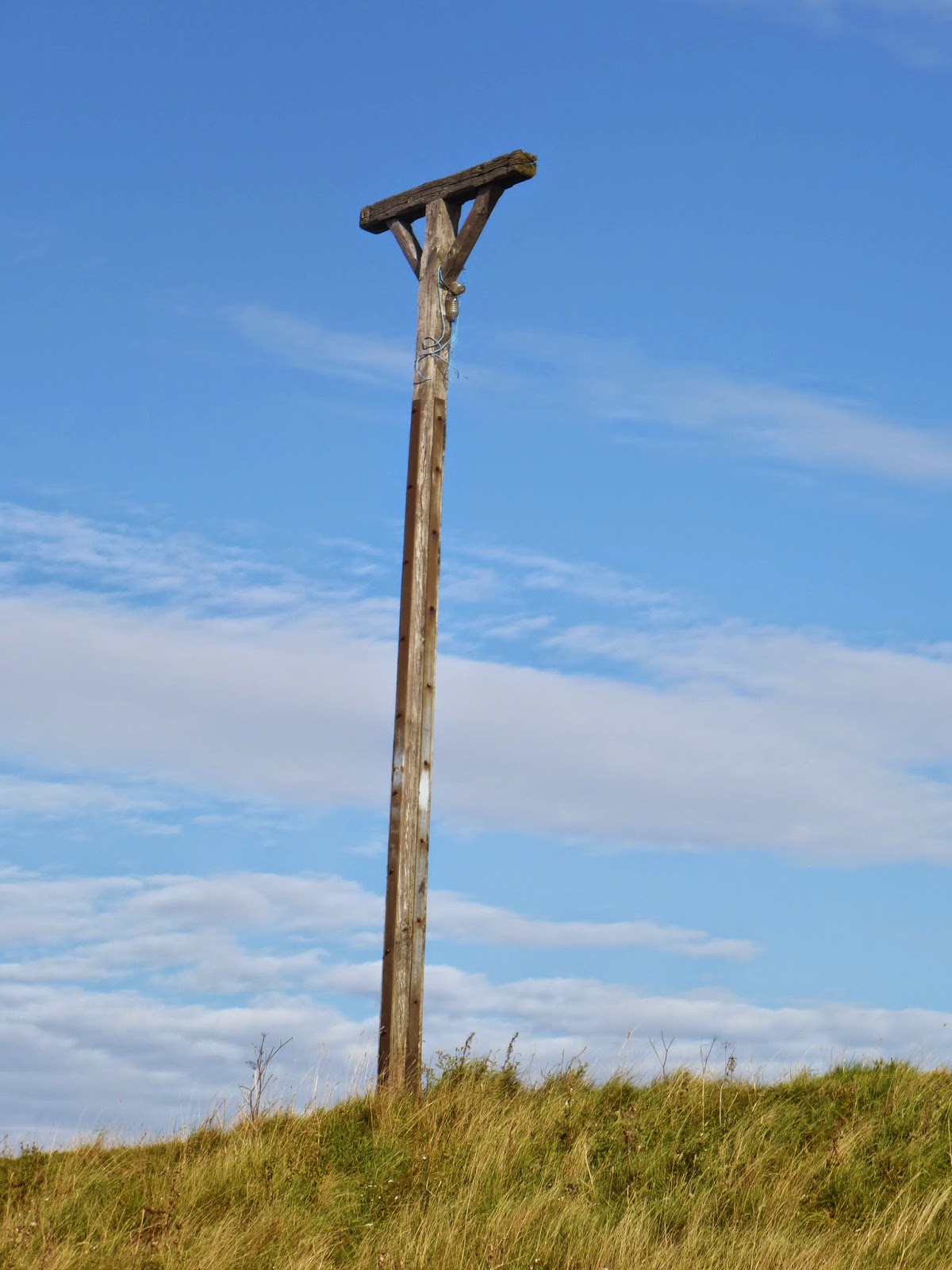 Blackberry pudding (the bramble equivalent of Eve's pudding) made with blackberries picked on our walk: 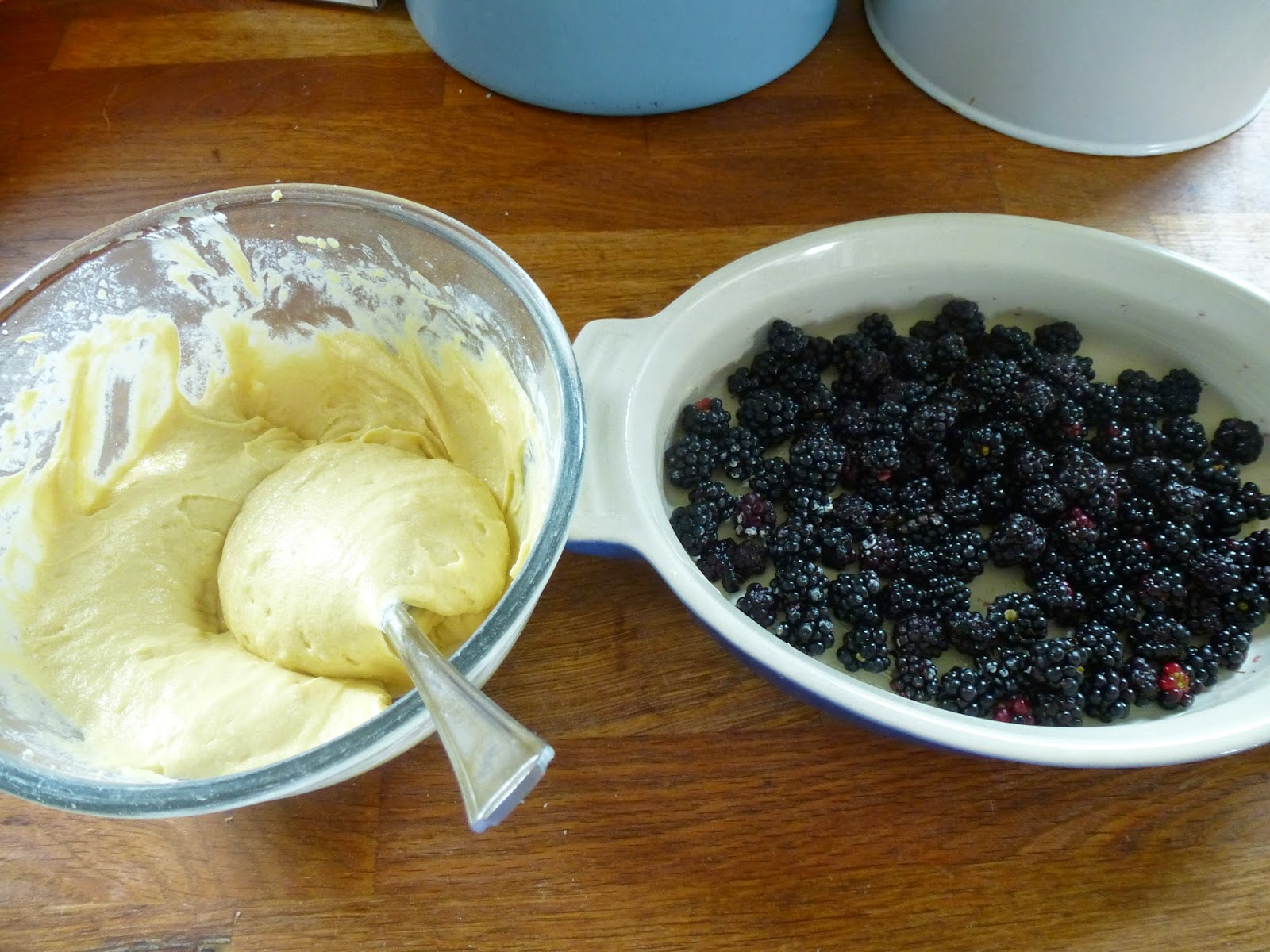 Finally, sourdough bread made with my carefully tended sourdough starter. We had it as bruschetta and I was really rather pleased with it, although I'm not sure that it tasted sufficiently better than the bought stuff to justify a week's tending! 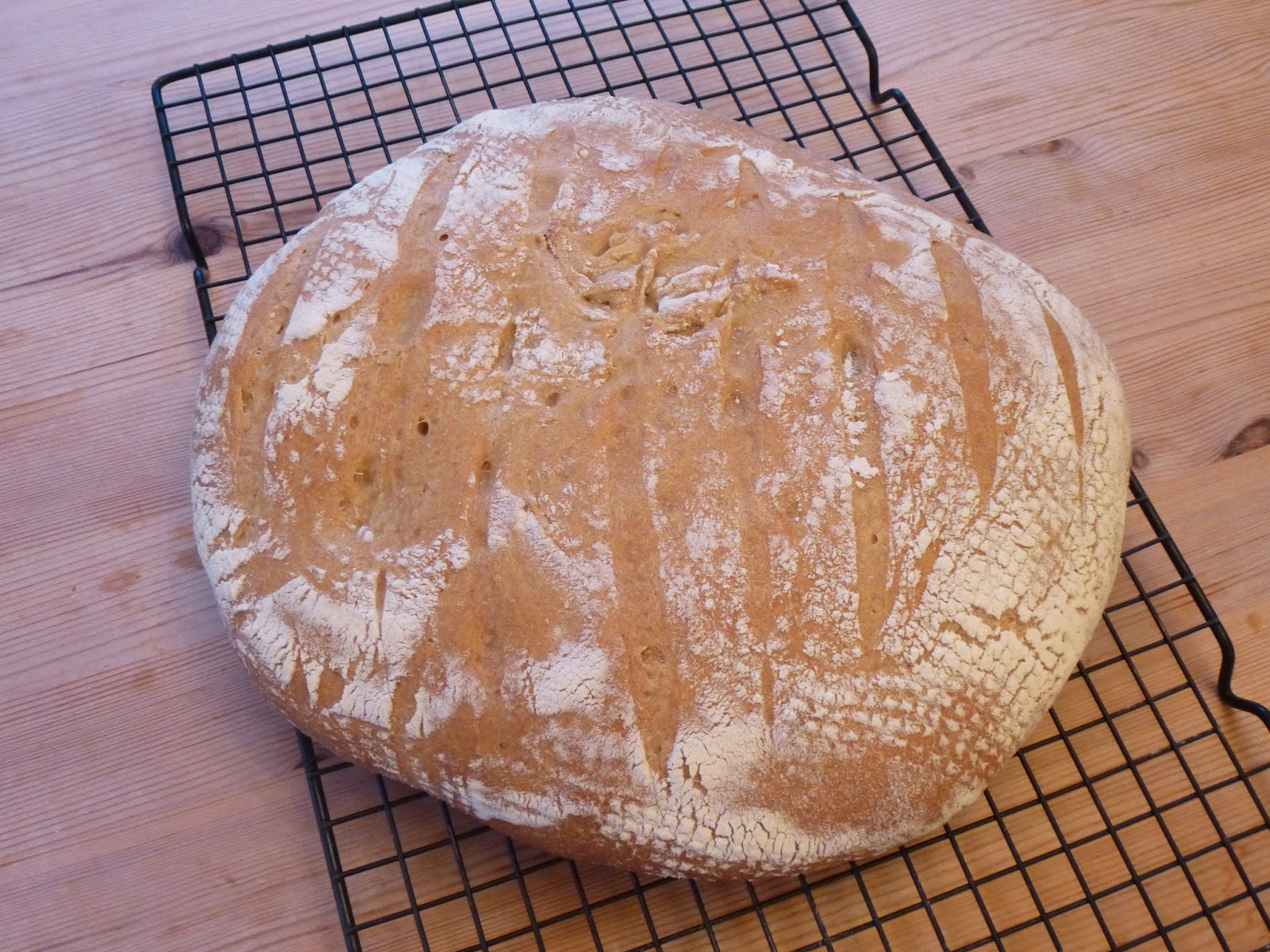 That's all for this week. It's a lovely sunny day, so I'm off outside to do some gardening. Enjoy the sun while it lasts. Toodle Pip. x
Posted by VeggieMummy at 03:14