Greetings from the Land of the Virus! It's been a while since my last catch up. In the intervening period we have had snow, gales and a mini heatwave. There have been a couple of theatre trips, 2 knitting shows, a spot of decorating and 2 bouts of illness. L&J have been to Amsterdam, Hamburg and Berlin (thereby missing said heatwave), Lily failed her MOT :0( (new parts are on order, so I'm hopeful, if a little housebound). I finally got around to clearing out the greenhouse and sowing some seeds, and I've been inundated with bunches of flowers (I'm really not complaining!).

Here then are some photos of my February/early March:

Trying my hand at Cashew 'Cheese'. It's actually very nice, but only if you think of it as more of a nut spread - calling it cheese raises certain expectations which it fails to live up to! 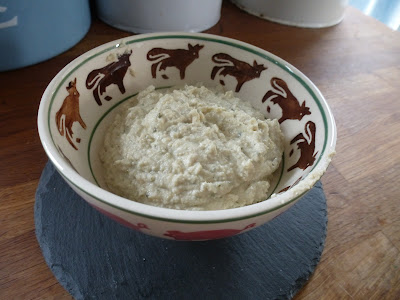 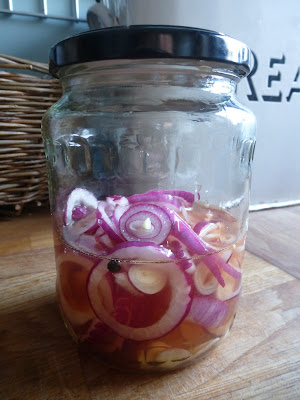 Getting to know my new Christmas present. 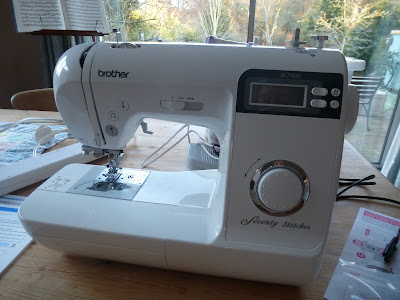 I made a 'quilt as you go' mat to protect the chest from  the scratchy plant pot: 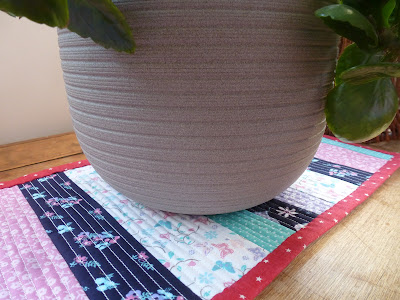 One of my goals for this year was to learn how to do colourwork knitting. I attended a workshop at the Oxford Yarn Store and came away with these: 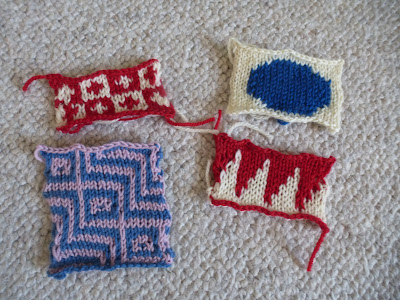 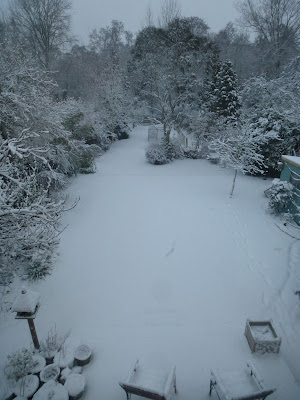 I actually had a few things planned for the period of snowy weather, however I've rather lost my nerve when it comes to driving in the snow after getting caught in a snowstorm many years ago. I therefore cancelled everything and spent a few days at home, only venturing out to fill the bird feeders - very hygge! 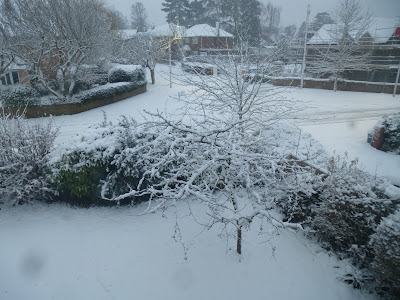 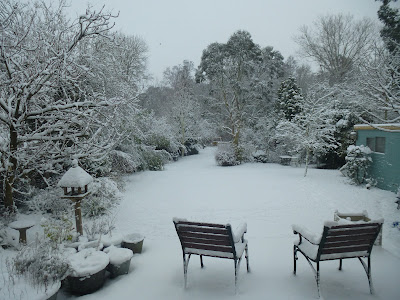 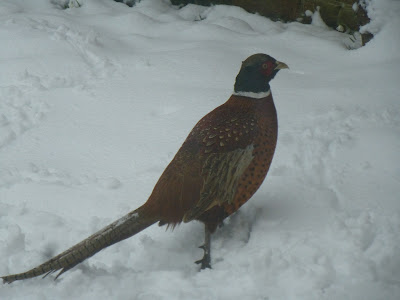 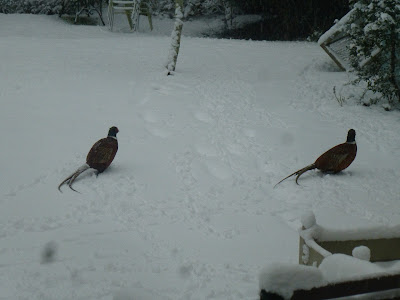 Enjoying supermarket spring bulbs. I like the smell of hyacinths just as they are opening. Once they're fully open, I find they can be a bit cloying. 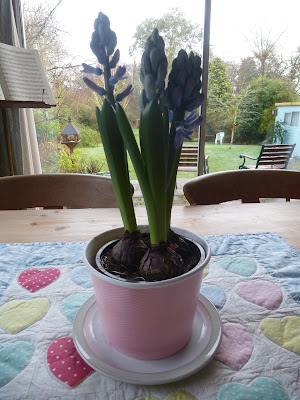 Finishing my 'Easy Bulky One' by Joji Locatelli. It really came into its own in the snow! 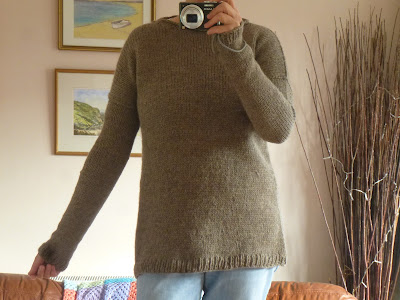 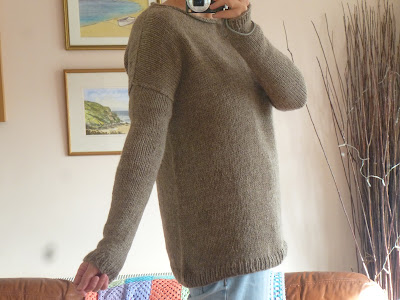 One of 3 bunches of flowers from my lovely neighbours. I cat sat for J and B when they had a few days in Rome. Sadly, they learned nothing from our experience in Seville, and B had his wallet stolen whilst they were on the metro. :0( 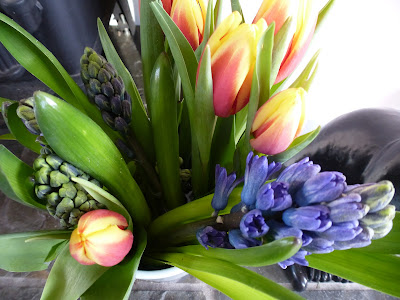 Lilies from my other neighbour, D - she received these as a gift but, sadly for her, they always give her a headache. She also has cats and I think the pollen is nephrotoxic if they eat it, so her loss was definitely my gain! 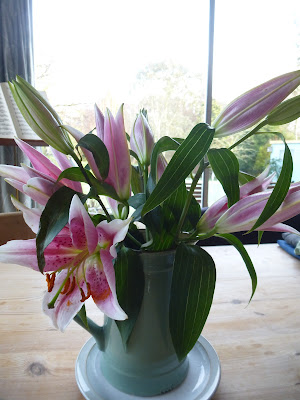 My Valentine's Day roses from R (along with some Booja Booja champagne truffles!): 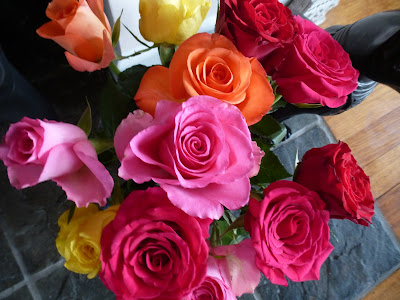 As I was rather awash with flowers at the time, I placed the vase on the floor next to the fireplace. Someone decided that they were for him and polished off first the leaves and then gradually the petals! 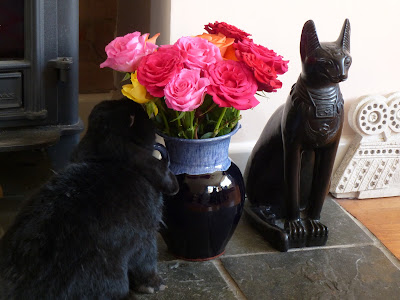 A trip to the Corn Exchange to see this - very good. 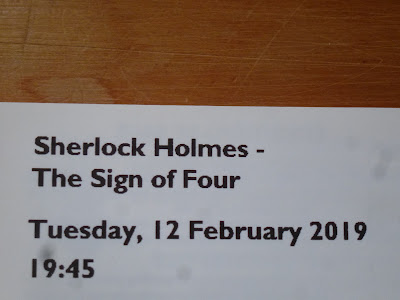 One of my re-knits. R decided to do a wool wash and scooped up several knitted items of mine that usually get the gentlest of treatments. He managed to felt my bandana cowl (replacement shown), my Hipster Shawl and my Soiree Sweater. The same day, however, there was a tragic story on the news of a 13 year old boy being killed in a hit and run accident. It put my felted knitwear firmly in perspective. 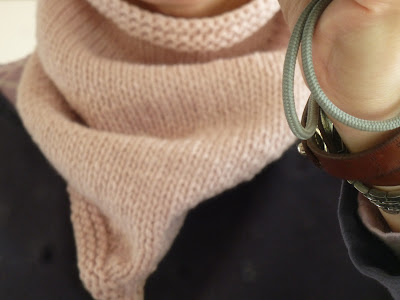 I've spent the last couple of weeks decorating the front bedroom. It's the same colour (Duck egg), it just seriously needed a freshen up. 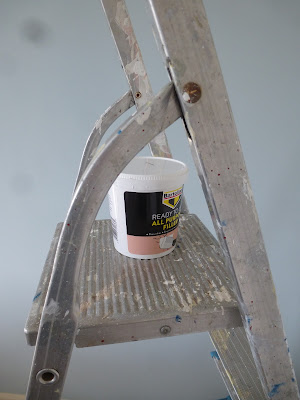 Unravel - the knitting show at The Maltings in Farnham. I bought some yarn to try and put my new colourwork skills to use (I plan to try Skeindeer's Selbu Mittens). I also bought yarn to make another Soiree Sweater! 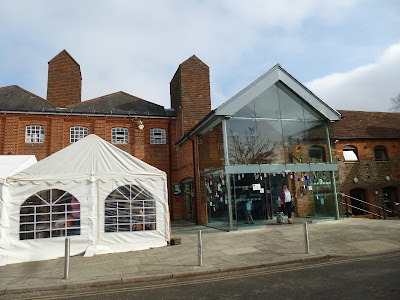 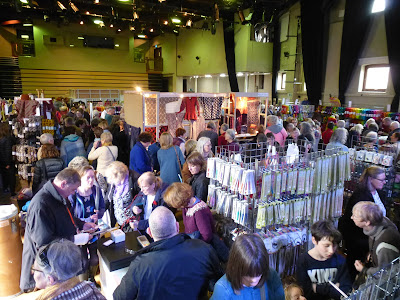 The Knitting and Stitching Show at London's Olympia. I'd never been to this venue before and really liked it. It was easier to get to than the Ally Pally and didn't involve a bus which I always find rather stressful as I never know which stop I need! Having just recovered from a stinking cold, I was horrified by the number of people both at the show and on the underground who coughed in my face; when did people stop covering their mouths?! It was only a matter of time before virus number 2 caught up with me. I spent all of Sunday night and Monday morning vomiting. As R and I both eat the same thing and he is fine, I'm assuming it was something I picked up in London. 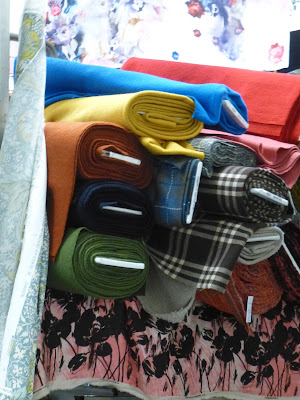 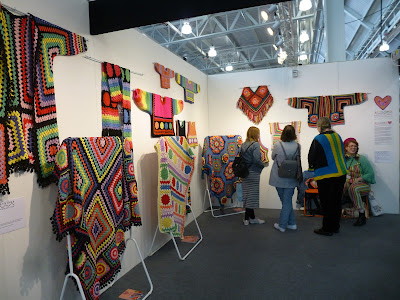 Finally, a trip to see this at The Watermill (excuse folded flyer!). I was convinced in the first minute that I was going to hate it. It was a modern interpretation that had the 3 witches scene replaced by loud, electric guitar music and chanting. I eat my words, however, as it was flipping fantastic. Go and see it if you're nearby. 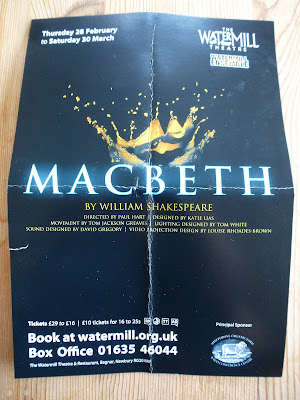 Well, that's it for this week. I'm just off to drink some more of my Lucozade. I know it's E number laden and looks like virulent, radioactive, toxic waste but it's the only thing that ever makes me feel better when I'm ghostly white after a few days chundering! And on that lovely note .......
Toodle pip for now. x
Posted by VeggieMummy at 02:08