Hello there! Are you feeling the Christmas spirit yet? Much to R's despair, apart from the Advent candle, I have been postponing putting up the Christmas decorations until E gets home from uni. They're usually up by his birthday on the 14th but E's term doesn't end until the 16th, so we are still (thankfully) a tinsel free zone.
I have just returned from my final run of the Couch to 5K programme, ie. run 3 of week 9. Looking back to 7 weeks ago, I was worrying about week 3 and thinking that I would never be able to run for 3 minutes. Week 9 is running for 30 minutes and I'm so proud of myself, I could burst. I still don't look the part; I'm all ratty of running gear and beetroot of face, but I'm out there and I am feeling the benefit.
Last weekend, R and I went for a country walk. He cycles every day and when walking together he's usually forging ahead with me puffing away bringing up the rear. Not so this time, people - I was holding my own with the best of them and felt that I could have walked twice as far. I am feeling so much fitter and it's made every occasion when I've had to drag myself out of bed and force myself through the door worth it ....... and it's all thanks to CT. I have no way of measuring how far I've actually run unless I go to the gym and use their running machines, so I plan to do that next week and keep going until I hit the magic 5K. 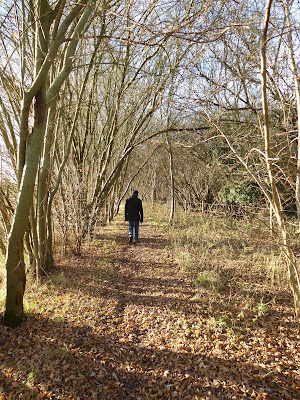 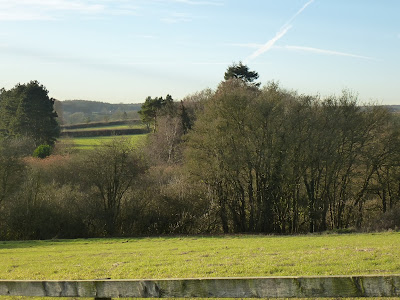 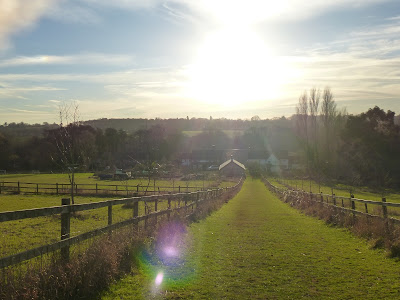 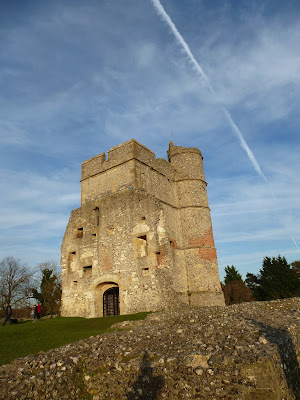 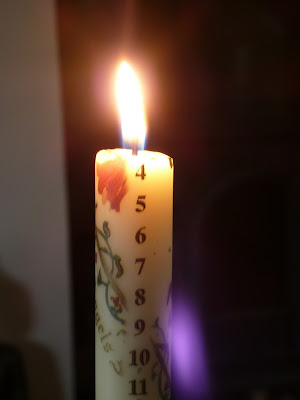 Enjoying a Bailey's coffee and a Christmas magazine: 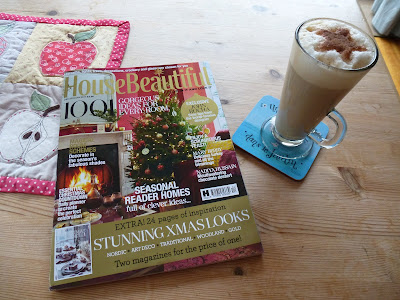 Finishing my Blueberry Waffle socks in the Holly Berry colourway: 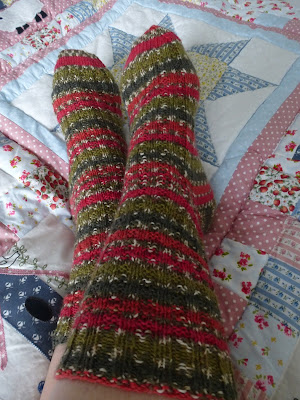 Wondering which ones to cast on next: 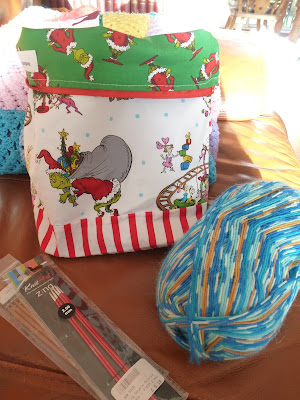 A trip into London for R's birthday. He works in London every day, so I had a day pottering round until he came out of work. I visited Loop for a bit of stash enhancement, wandered round Covent Garden and then went to China Town. 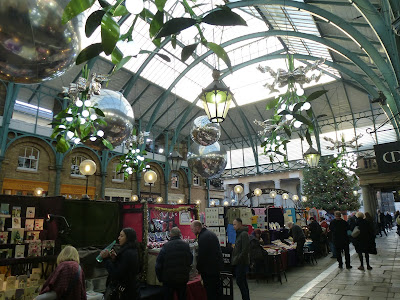 We had bought some last minute tickets to see Simon Callow's one man show. He was brilliant and when I was killing time in the cafe waiting for R to join me, the man himself wandered past. It was a bit of a deja vu moment - in 1987 when R and I were both students living in London, we had booked to see Simon Callow playing Faust at the Lyric Theatre in Hammersmith. It played over 2 consecutive nights and the first night we had arranged to meet up an hour before the performance and get something to eat before the show. Mr. Callow walked past me once waiting outside the theatre and then again an hour later as he returned. I was slightly less smiley the second time. R arrived late having forgotten our arrangement and, to add insult to injury, had already eaten. It was rather a frosty moment! 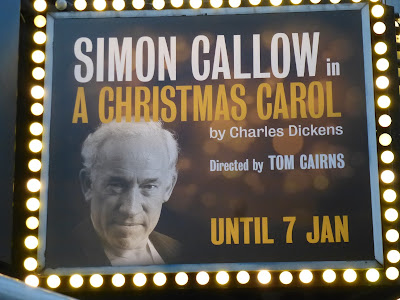 Not so on Wednesday. R was on time and we managed to find a lovely Japanese restaurant near to the theatre to have dinner. The play was excellent and as it runs until January 7th, I can thoroughly recommend it if you're in the London area. 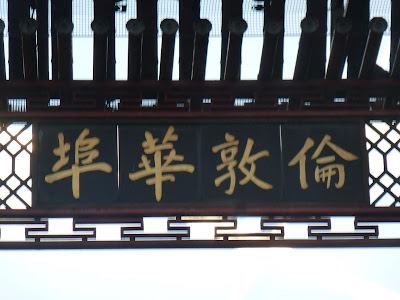 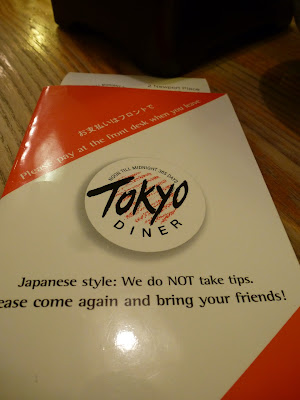 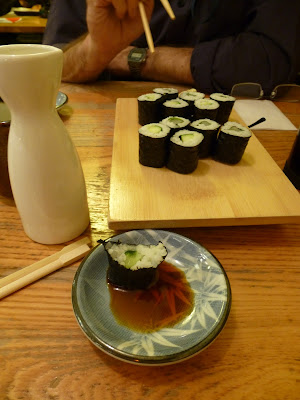 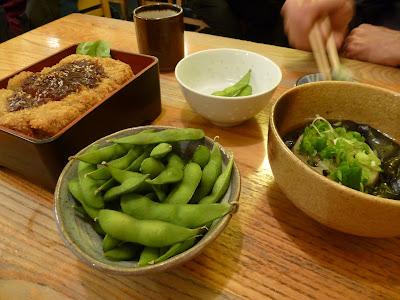 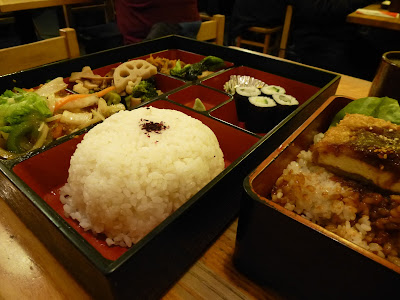 On Thursday we saw Harold Pinter's 'No Man's Land' being broadcast at our local cinema from London's Wyndham Theatre. It starred Patrick Stewart and Ian McKellen and the acting was superb. Unfortunately, my seat was next to a wall and when I leaned my head against it, I found my eyes starting to close. It would appear that I prefer Dickens to Pinter anytime!

Anyway, that's all for this week. We're off to Bristol tomorrow to fetch E, and probably a mountain of her washing, home for the holidays. Let the festivities begin..................