Greetings! Gosh, it's been a while since I last posted; these summer days just seem to run away with me. I hope those of you in the UK have been enjoying our mini heatwave. Our hose has been put to good use and I had to go up into the loft to find our fan - sadly, I haven't got a photo of Hamish sitting in front of it with his fur ruffling in the breeze! So far though, it does seem a bit cooler today.
We're going to be packing soon (have I told you how much I detest packing? Sometimes I think I'd rather not go than have to pack!) to go off on our little adventure. J&B are at the ready for Hamish, chicken and house sitting, so I thought I'd just clear my camera in preparation.
Here are a few photos of our last couple of weeks:
Enjoying my sweet peas: 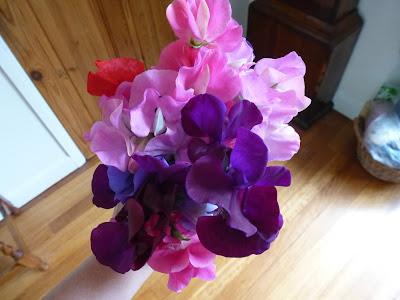 We have a new chili plant with very vertical fruits: 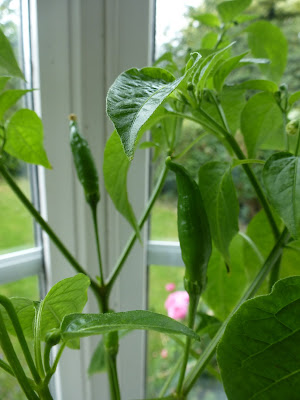 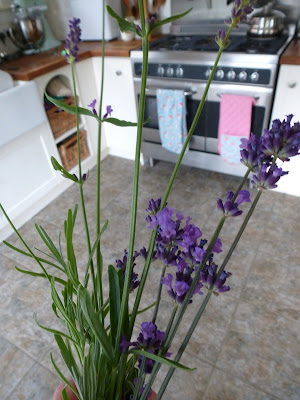 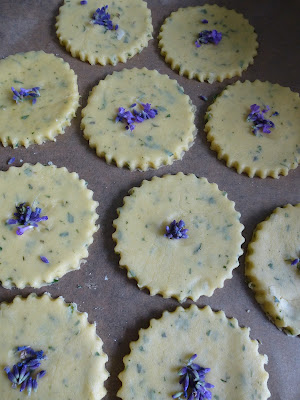 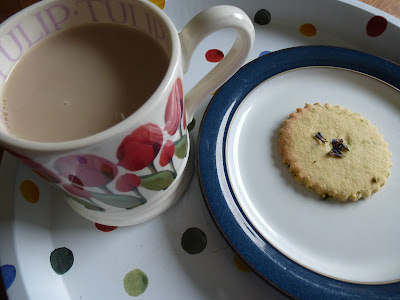 Accidentally snipping a poppy whilst weeding the veggies: 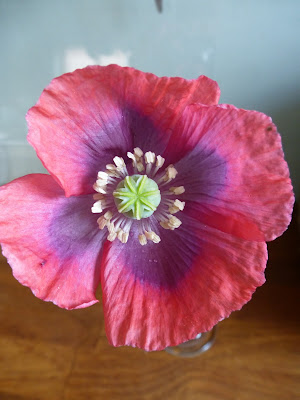 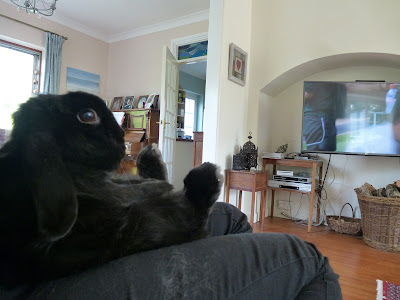 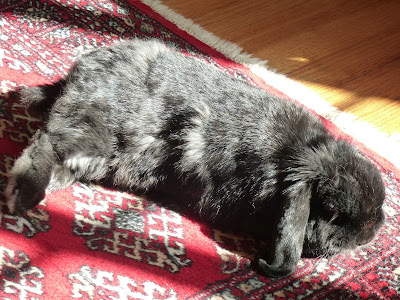 Anniversary flowers - or should I say the emergency 'Oh no, I've forgotten our anniversary for the second year running, I'd better order some on the internet for same day delivery'  flowers! 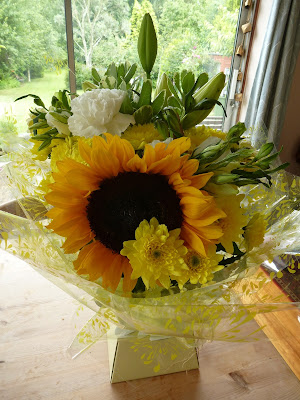 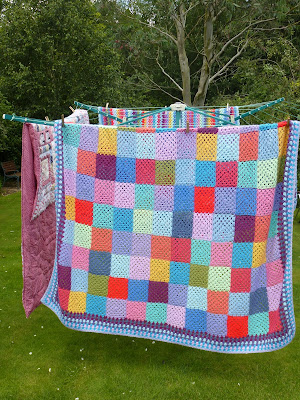 Our new veggie stockade to keep out the deer: 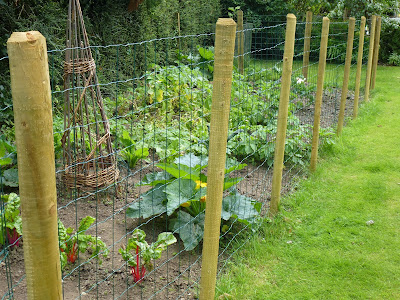 'Mad Henry' - E and I bought this as a souvenir of our trip to Devon. The guesthouse doubled as a vintage tea room (Mad Henry's Tea Room) and they also sold garden ornaments made locally. He's a bit tacky but I love him for reminding me of a fabulous few days. He now lurks at the base of a tree in the back garden and R complains that he scowls at him - an extra benefit! 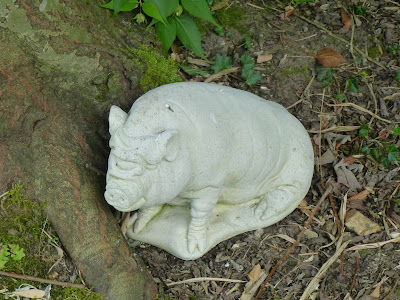 Hamish isn't the only one moulting! 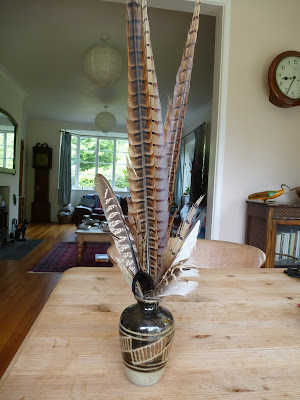 Our summer manifesto included 'going out for breakfast'.  Initially we ordered crepes but the poor lad running the kitchen kept burning them; I have a feeling that it may have been his first day. In desperation, he offered us waffles instead - they were enormous and we didn't want anything else until supper! 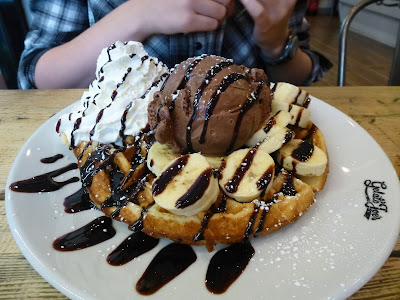 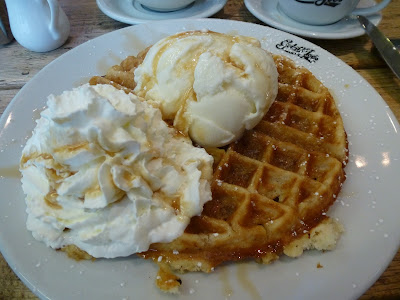 My single sunflower - the slugs saw to all the rest: 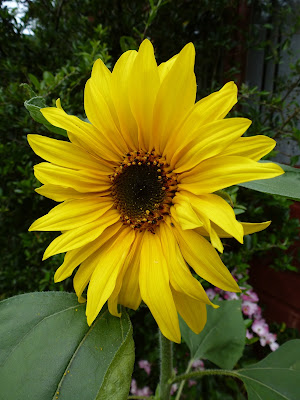 The veggie stockade is working: 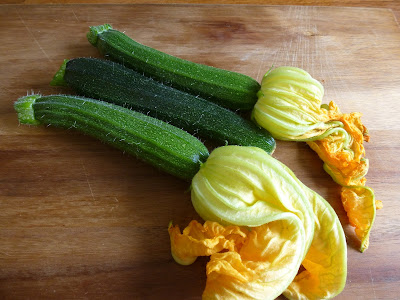 We chose the hottest day so far to go fruit picking - it was punishing out in those fields! 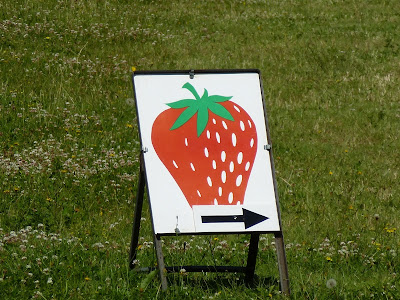 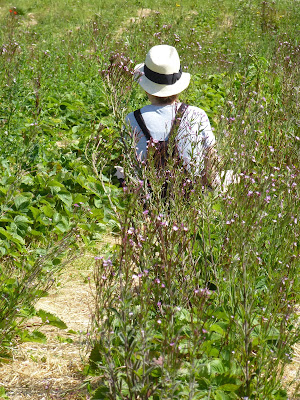 It was too hot for jam making and a lack of freezer space meant that we limited ourselves: 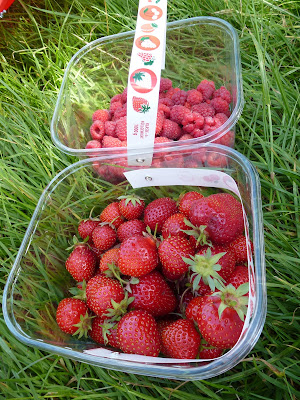 Finally, a joint jigsaw - actually I have enormous difficulty with shapes and only managed 12 pieces. L did all the rest! Well, that's all for this week. I shall be absent from Blogland for a few weeks, so please excuse the lack of comments, but I look forward to having a huge catch up session on our return. Enjoy the sunshine while it lasts.
Toodle pip for now. x

Posted by VeggieMummy at 23:40