In the flower bed under our front window grow quite a few lavender plants. I always mean to harvest some to dry but can never quite bring myself to chop the flowers off when they are blooming their little hearts out (other than to make lavender biscuits, then I have no qualms whatsoever!). When I wrote 'make lavender bags' on my Fifty List, I thought I was going to have to be brave and bring out the secateurs. Then, GCSEs loomed large and a friend of mine, whose daughter took her's last year, recommended lavender room spray as having a calming effect. I'm not that keen on the smell of air freshener but I'm all for a bit of calm, so, being too early in the year for our own lavender, I got on the internet and ordered a bag from Amazon. 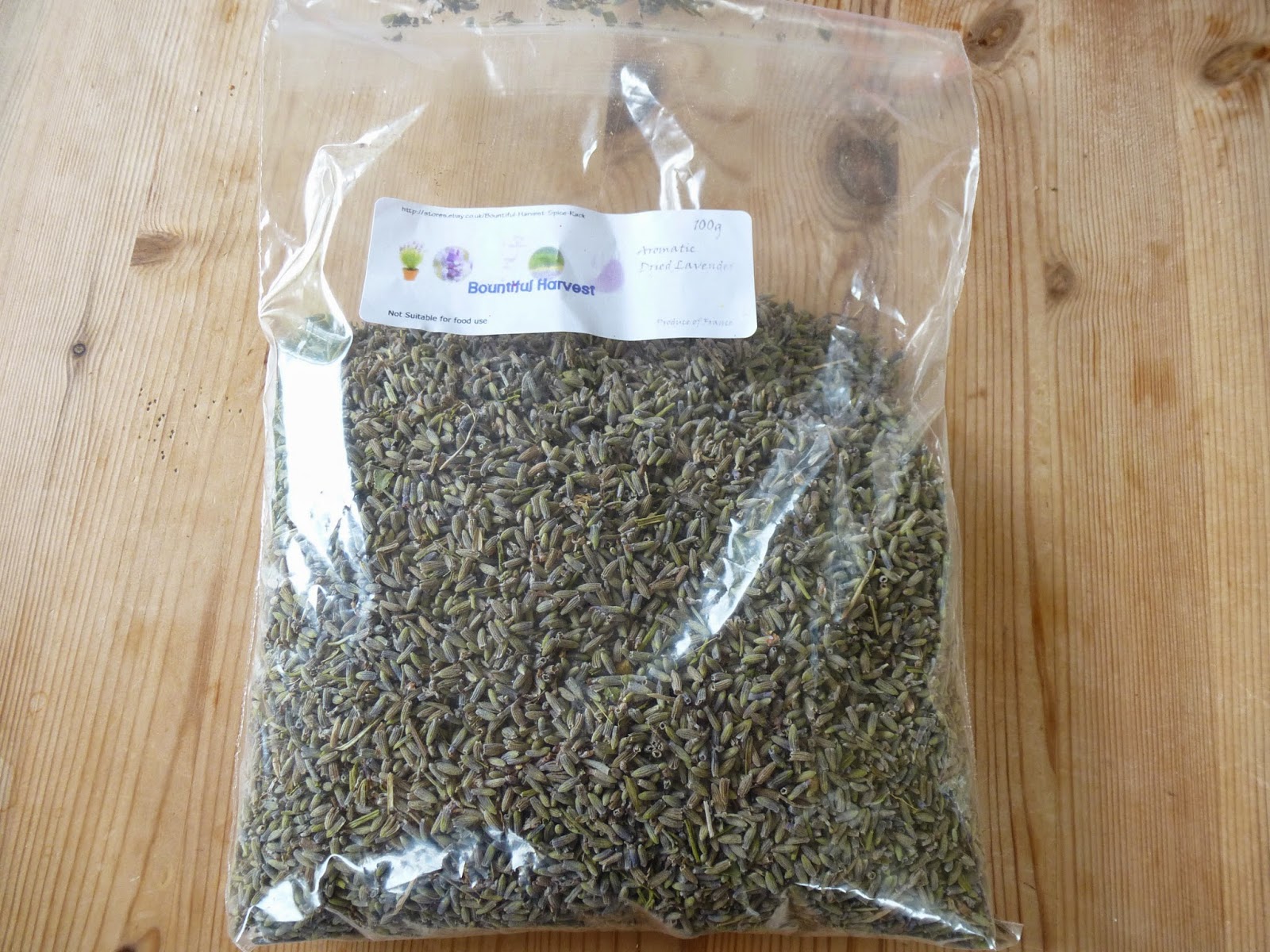 It also meant that I could have another little practice on Genevieve! I promised a photo of her wearing her new 'forgive me for exiling you to the loft for 5 years' coat. Here she is (please excuse the washed out photos) ... 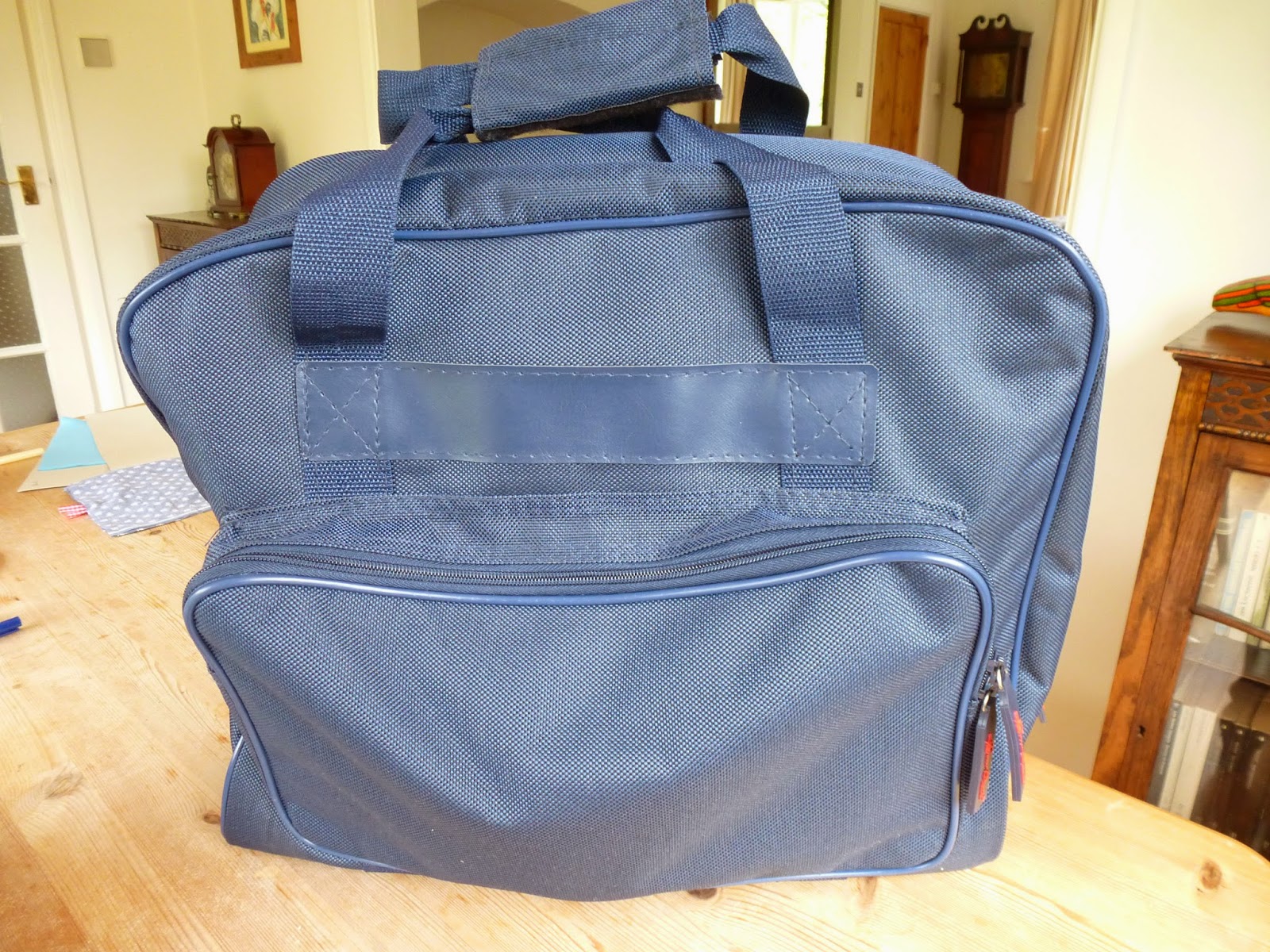 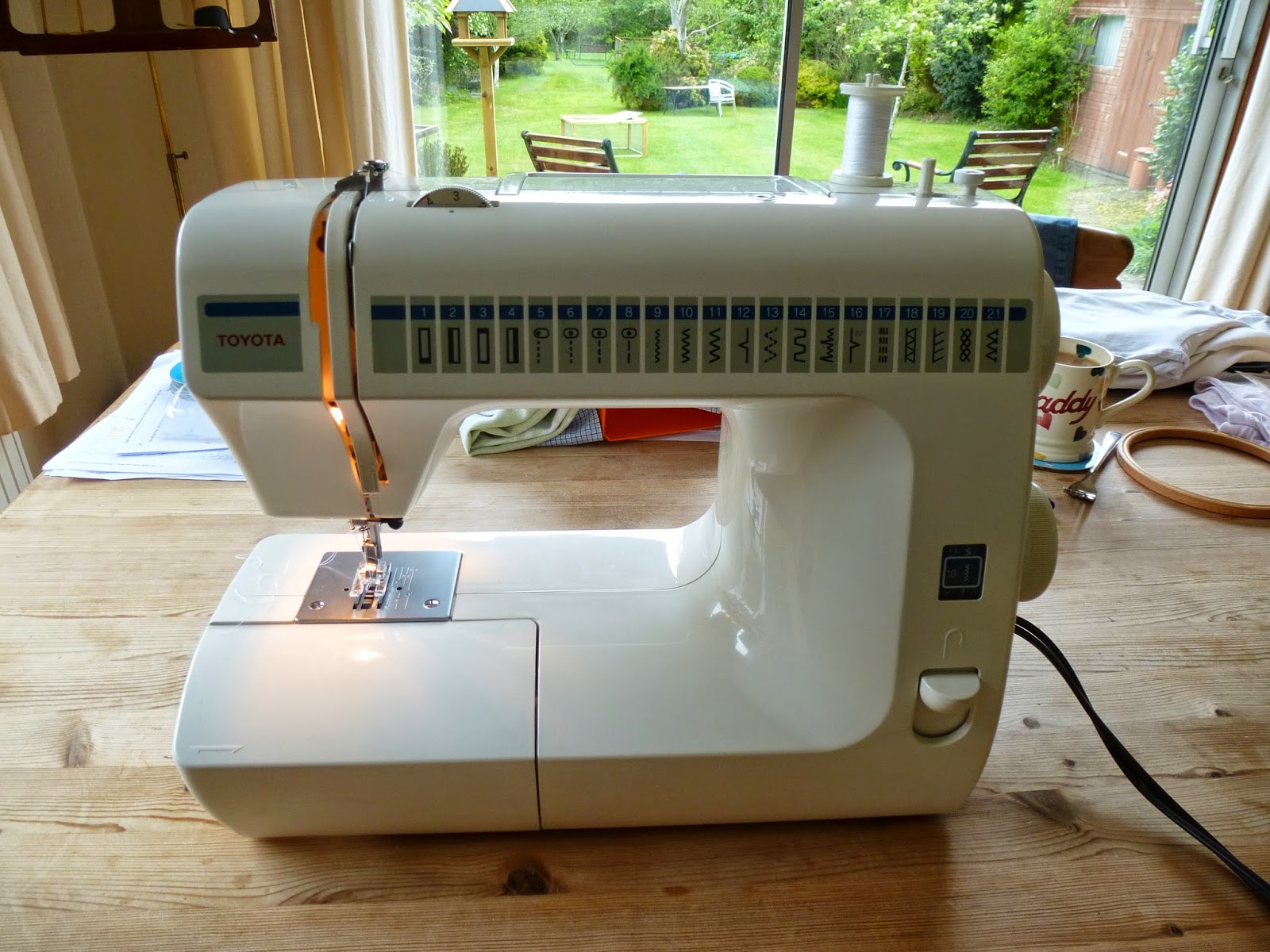 A quick trip to a charity shop resulted in an old pillowcase and a table cloth (use as yet undetermined but it was pretty!) Once washed, I set about the pillowcase with the scissors: 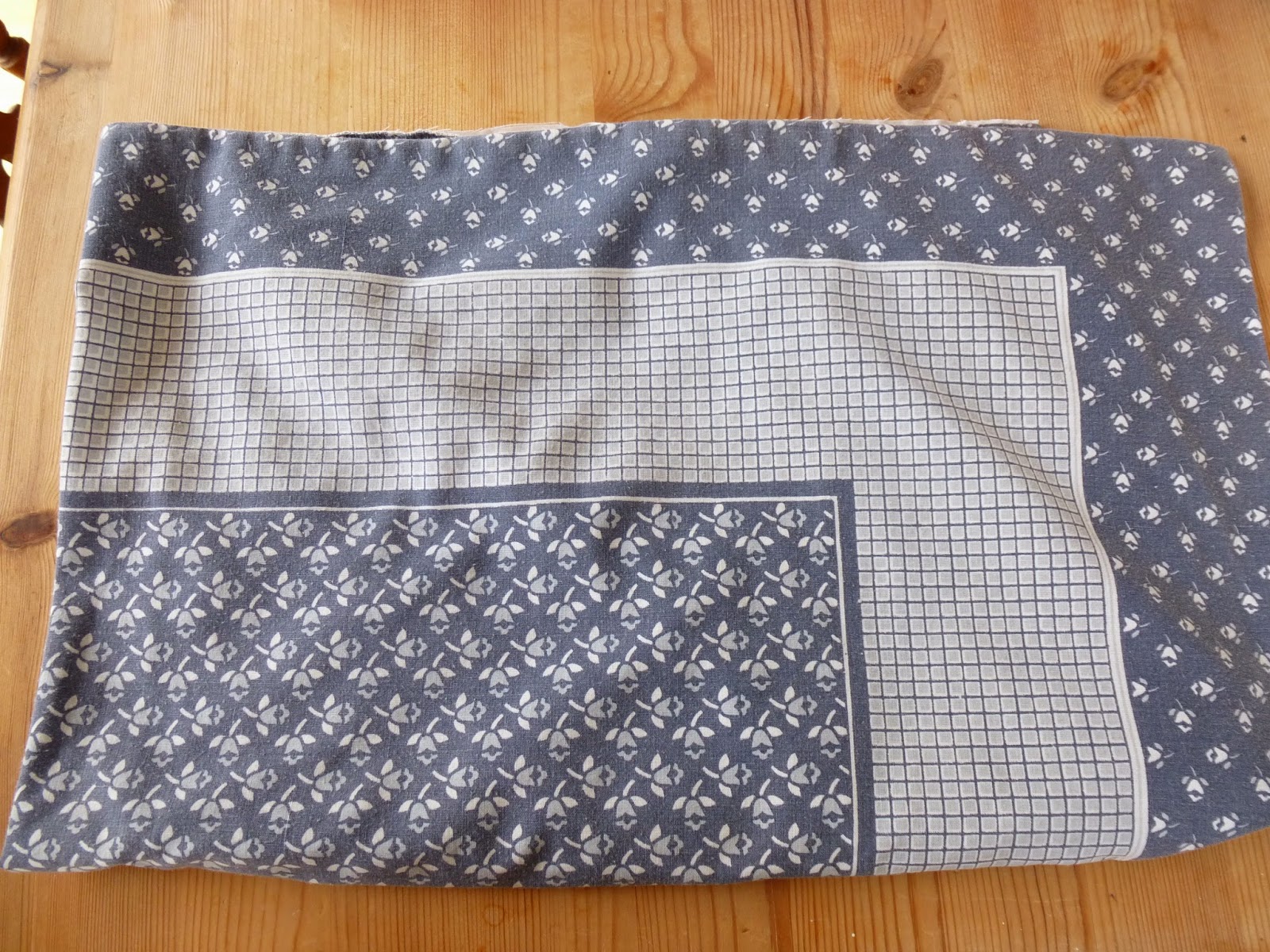 ... and did a bit of embroidery on some felt, which was surprisingly tricky. Normally when embroidering writing - who am I trying to kid? On the ONE occasion I have embroidered writing for one of my quilt panels (!) I drew it on the fabric first with a pencil. Unfortunately, I couldn't do that with the felt as it wouldn't show up properly and was too rough on the fibres, so this time I had to wing it and it was a little bit pants! 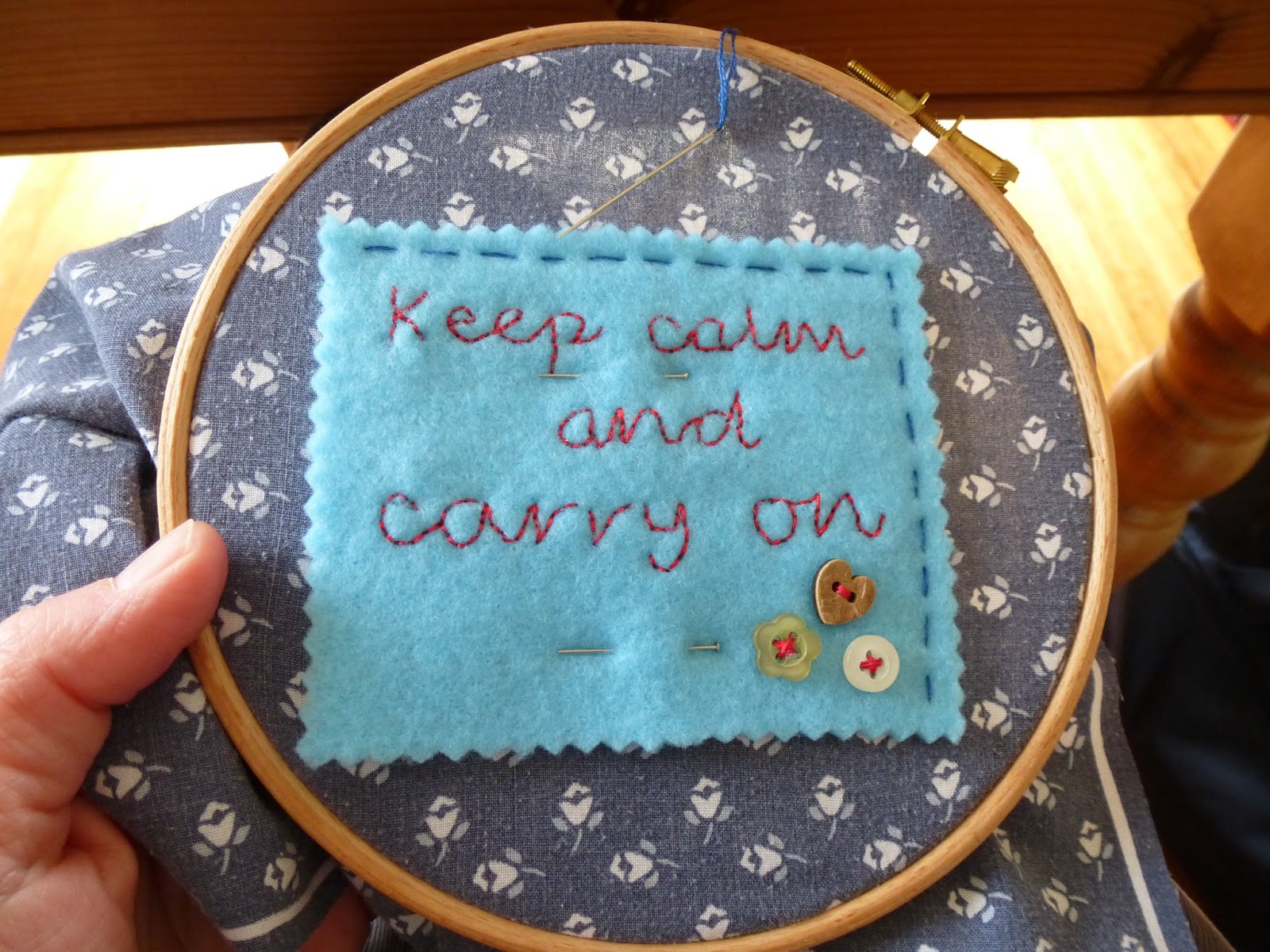 Then Genevieve did her stuff and R helped me to fill the bag with lavender through a paper funnel before I hand sewed the gap and ........ Admittedly, it's more of a small cushion than a bag but I was quite thrilled with it and E has kept it next to her whilst revising, hung it on her bed at night and hugged it in the car, all the way to school for her first exam!

She also had a lovely surprise when we got home afterwards - the postman brought a parcel of 'good luck' presents from L:   A T-shirt from New Look, some mint and orange Matchmakers and ..............


A toy red blood cell! (Her first exam being biology) 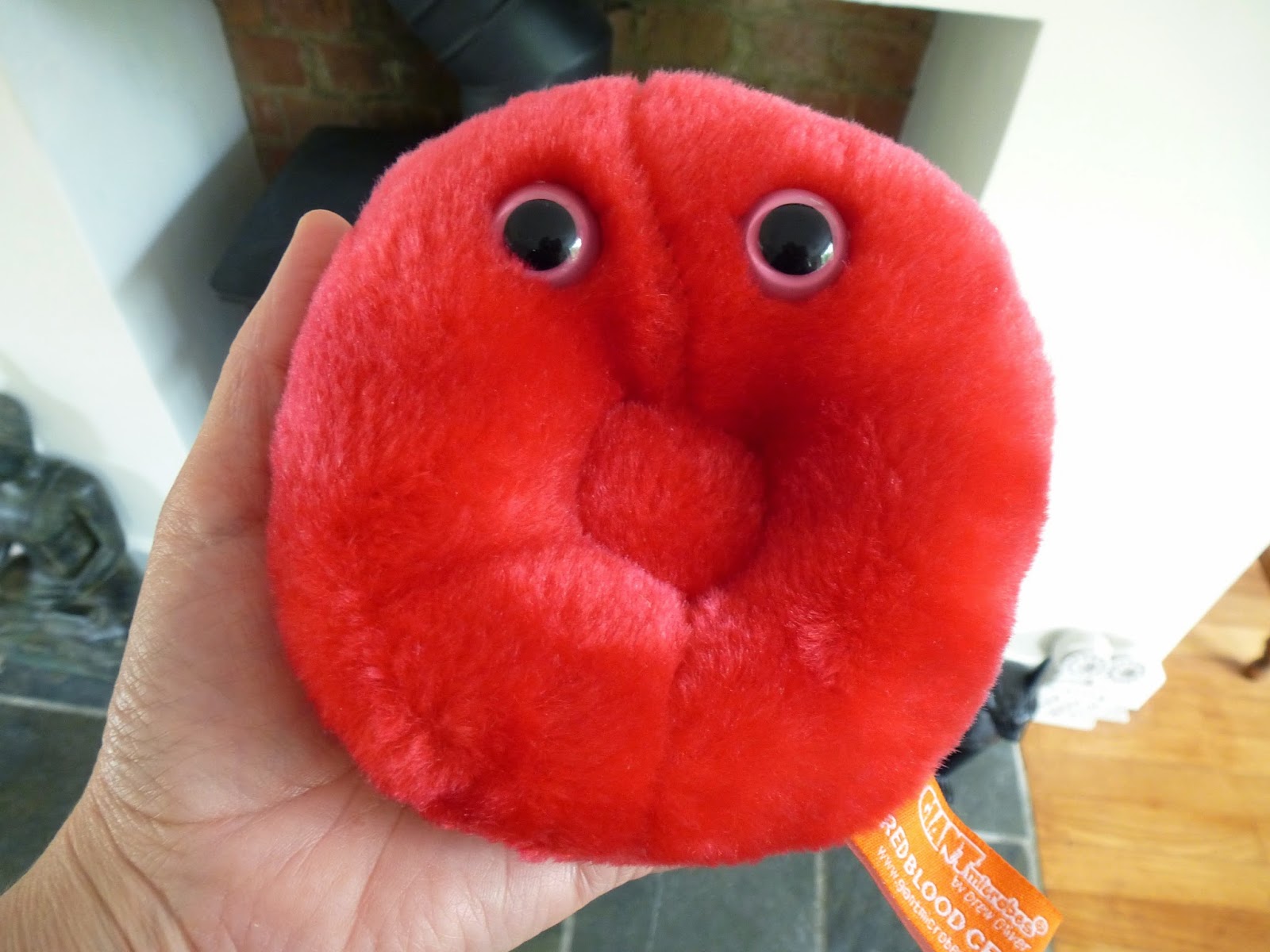 She really is the best big sister and who could fail to be cheered by a cuddly red blood cell?!

Toodle Pip for now. x
Posted by VeggieMummy at 08:10